Left: An iceberg broken off from the Ilulissat glacier in Greenland. Right: A tide washes over trees on Botany Bay's beach, which has been eroded by rising seas. File/Staff 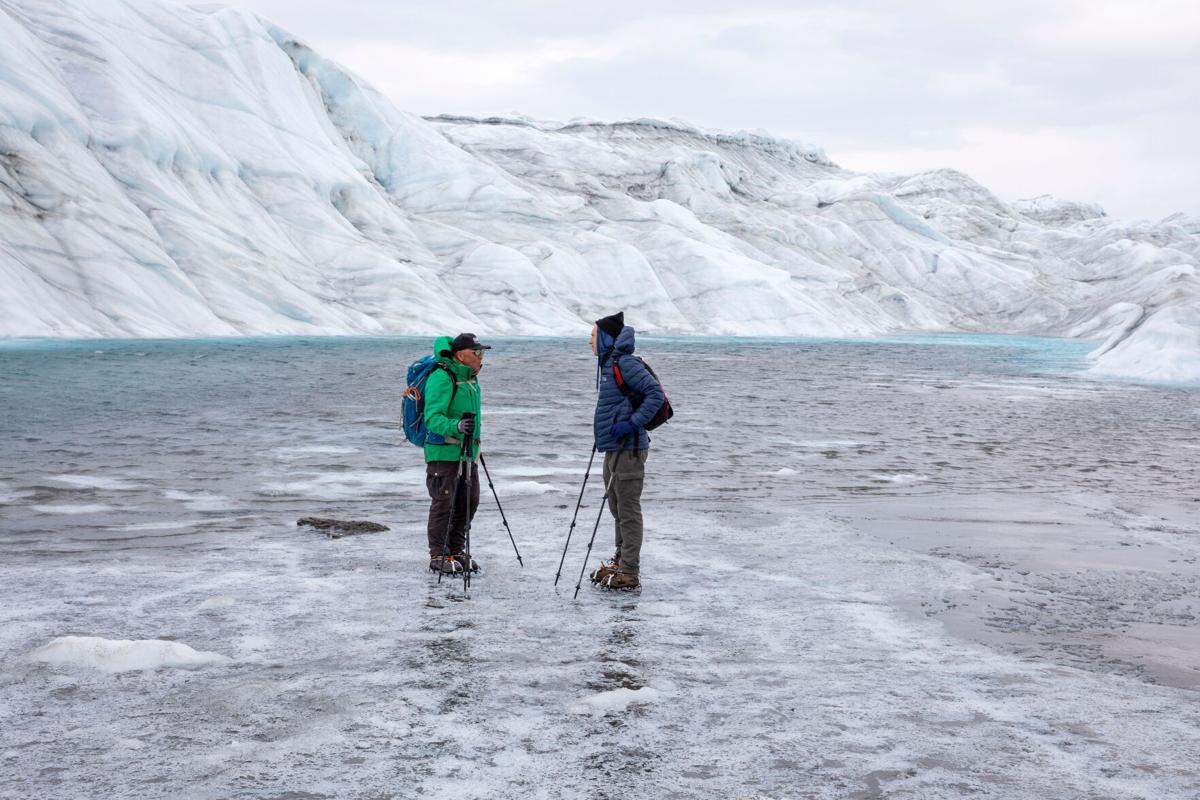 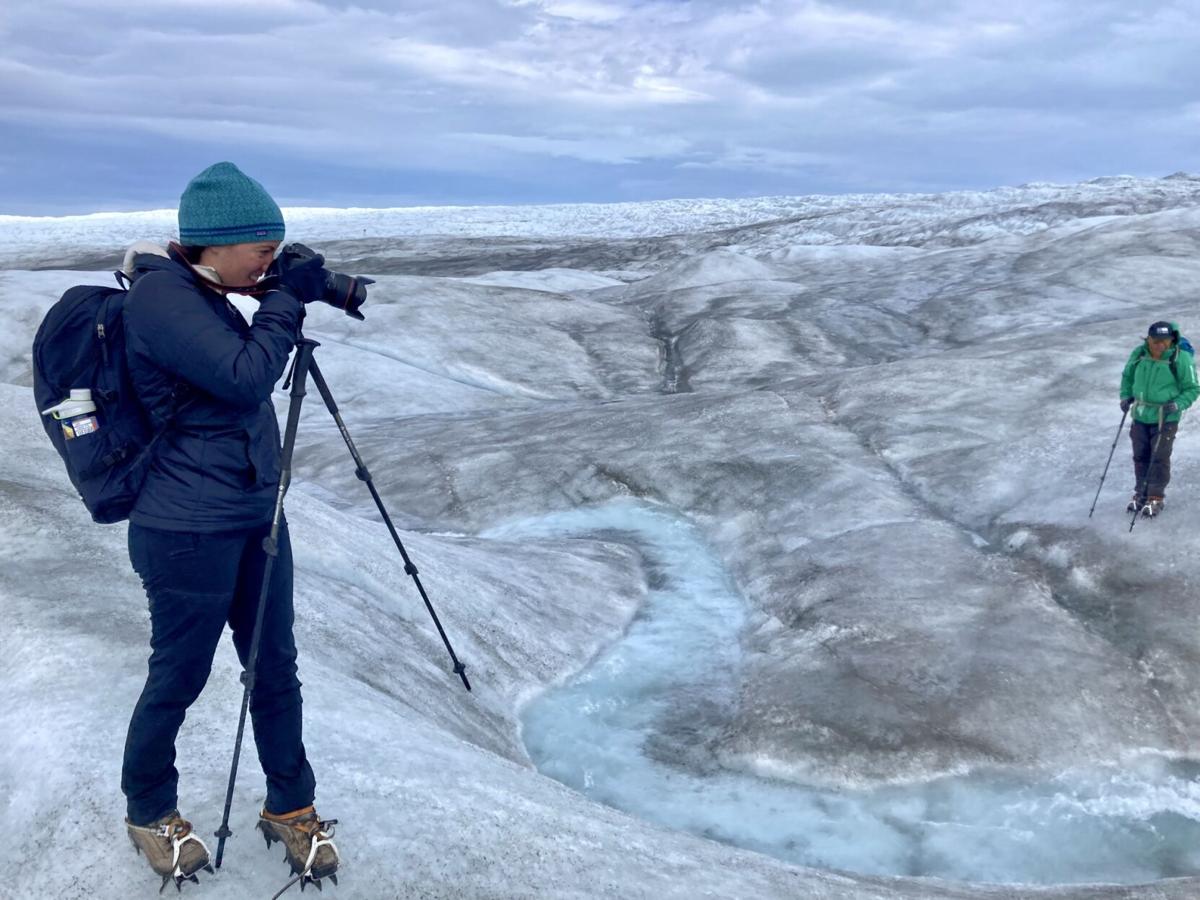 Lauren Petracca reporting for "The Greenland Connection" project while hiking on the ice sheet near Kangerlussuaq, Greenland, in August 2021. File/Tony Bartelme/Staff

The Post and Courier’s “Greenland Connection” project won first-place honors in the international Covering Climate Now journalism contest for what judges described as “a beautifully written story that helps readers in Charleston, South Carolina, feel the connection between the causes of climate change and their everyday lives.”

Climate Change from Greenland to Charleston

“Cutting edge journalists and newsrooms are increasingly grasping the urgency of the climate story, reporting it on the ground, and informing people and policymakers who can drive solutions,” said Kyle Pope, editor and publisher of Columbia Journalism Review and the chair of the CCNow Awards judging process.

Bartelme and Petracca traveled to Greenland in August, a trip supported by the Pulitzer Center, Fund for Investigative Journalism and The Post and Courier’s nonprofit Climate Reporting Fund.

They returned with a groundbreaking project about how Greenland's ice sheet is so massive that it affects South Carolina’s sea level in unexpected ways.

The story was among the first in a general audience publication to describe the ice-sheet's gravitational pull on ocean levels — and what that means for Charleston as the ice sheet melts.

To tell this story, Bartelme and Petracca flew with NASA scientists, including one who calls himself the “Climate Elvis,” and hiked onto a rapidly melting ice sheet with an Inuit shaman. Petracca’s nuanced imagery helped connect the landscape of Greenland to South Carolina’s Lowcountry.

Juries composed of distinguished journalists from 58 newsrooms around the world chose 68 finalists before naming the winners. Other winners include The Guardian, Agence-France Presse, Al Jazeera, PBS NewsHour, Globo, HBO Max and the Los Angeles Times. Justin Worland, senior correspondent for TIME, was named Climate Journalist of the Year.

Award winners will be featured in a one-hour special hosted by Al Roker, co-host of NBC News’ "Today," and Savannah Sellers, host of NBC’s "Stay Tuned" and NBC News NOW anchor. That will air on Oct. 25 on the WORLD Channel.