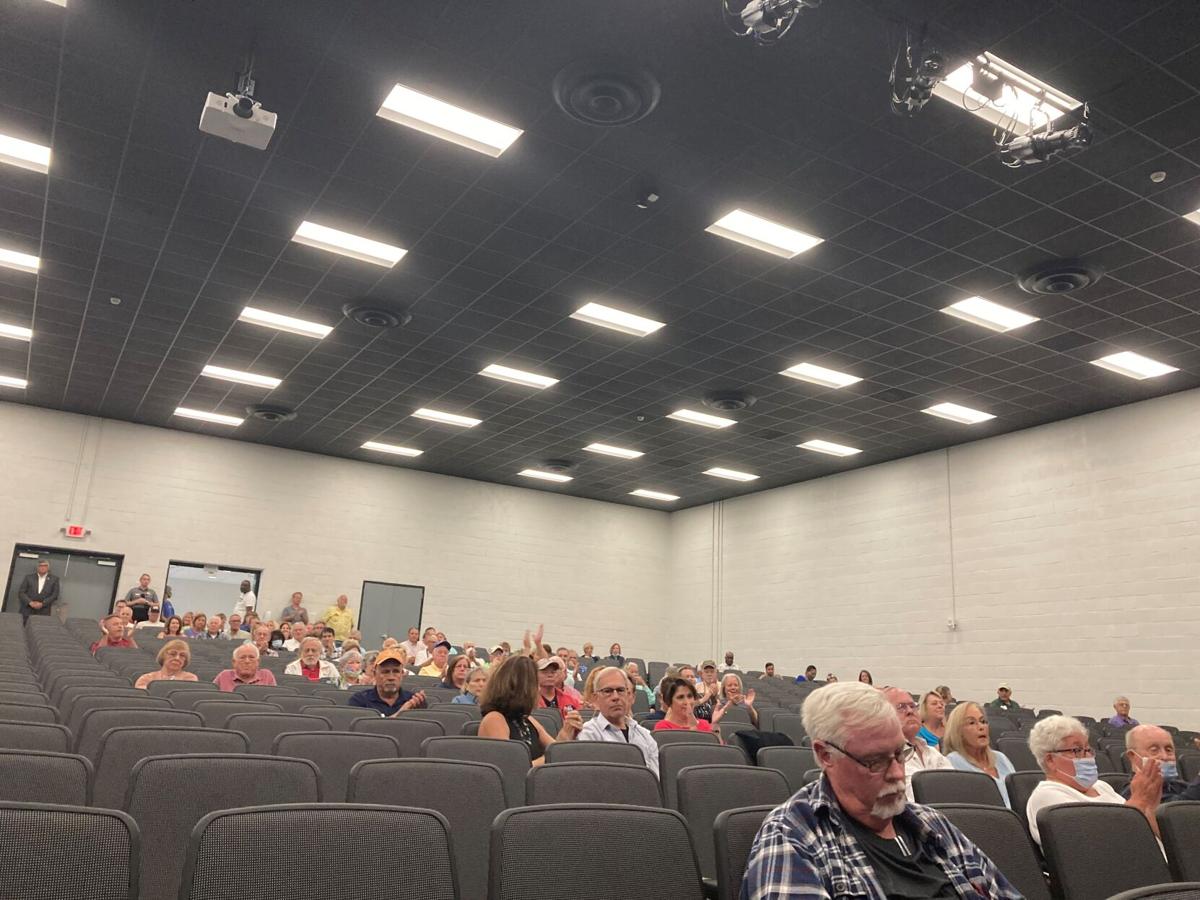 More than 100 residents of Wedgefield Planation clapped when the rezoning of a plot of land next to their neighborhood failed, as they fought with the county for the last month and a half against it. 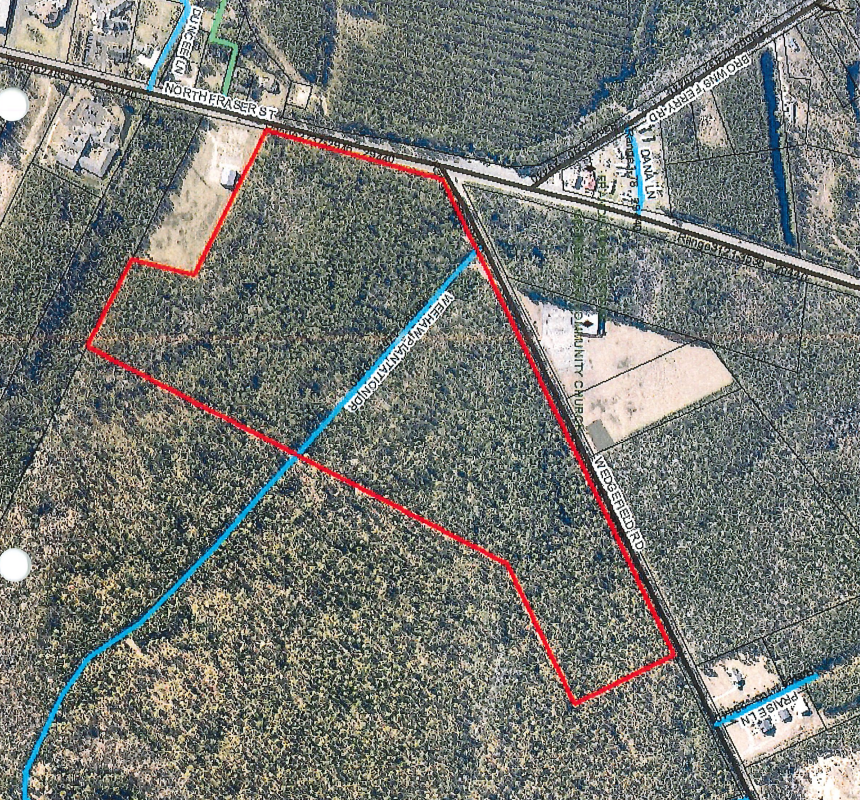 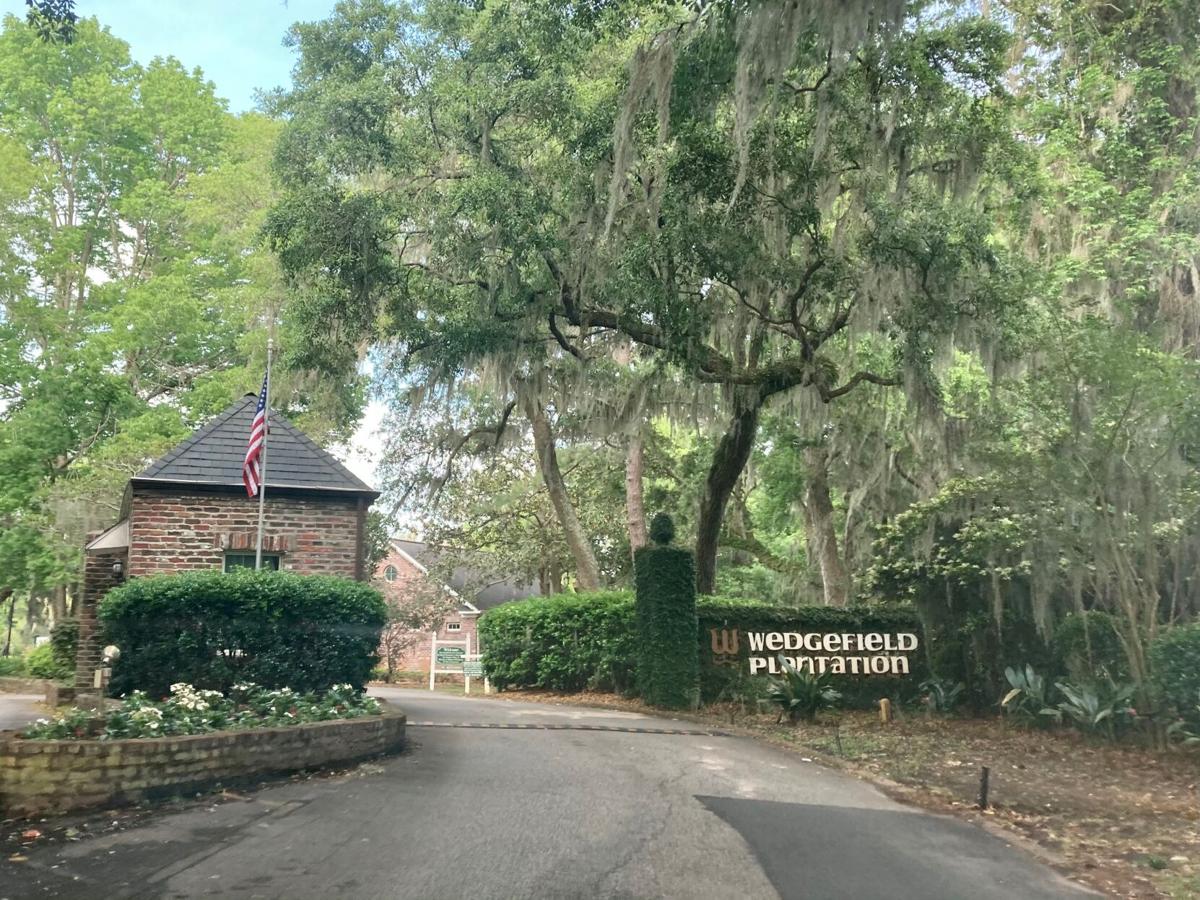 More than 100 residents of Wedgefield Planation clapped when the rezoning of a plot of land next to their neighborhood failed, as they fought with the county for the last month and a half against it.

GEORGETOWN — In a 3-3 vote May 25, Georgetown County Council voted against rezoning land owned by Tidelands Health off of North Fraser Street and Wedgefield Road to allow for multifamily housing.

Last county council meeting May 11, one councilmember, Everett Carolina, recused himself from the vote. This time around, though, Carolina voted against it, and rather chairman and Wedgefield-district representative Louis Morant recused himself because of criticism over his wife's involvement with Tidelands Health's volunteer board of trustees.

Morant told council and residents in attendance May 25 that with these concerns in mind, he spoke with the South Carolina Ethics Commission and requested an informal opinion on whether or not there was a conflict of interest.

Morant told council the commission's opinion was that there was, in fact, a conflict of interest, but Morant told the Post and Courier Myrtle Beach May 21 his wife, Marthena Morant, became a trustee before Tidelands bought the property and would see no gain from the sale of the land.

Despite this, Louis Morant told council and residents May 25 he felt recusing himself was the best decision.

"If the public seems to think that there's a conflict, then obviously I don't want to (give) any false impression," Morant said.

Blue Line Development and FourSix Housing originally proposed building a 90-unit affordable housing development on the land if the rezoning was approved. More than 100 residents of Wedgefield Plantation clapped when the rezoning was voted against, as they fought the county for the last month and a half against it.

Partner with FourSix Housing Tony Cates said, though, shooting down this development will make it harder for the county to attract affordable housing developers like him moving forward.

"In one vote, (council) have made a statement for all affordable housing developers who have the potential to come to Georgetown that they're not interested," Cates said.

The proposed apartments would have been restricted to families with low income — a family of four, for example, could have made no more than $38,700 a year if they wanted to live there, based on median household income in the county.

Cates said rent at the development would have been between $400 and $975 monthly, depending on the income of the residents and how many bedrooms were in a unit.

Wedgefield residents, though, said building affordable housing outside its gates would cause a medley of problems, including a dip in property values and increased traffic flow. Between 100 and 150 residents showed up each time to both county council meetings and April's planning commission meeting to show their lack of support for the development.

Councilman Bob Anderson voted against the approval both May 25 and May 11 because of tax issues.

Anderson also refused to call the plan affordable housing, though paying anything less than $1,200 per month on rent is considered affordable in Georgetown based on the most recent census data.

"It's going to be occupied by people that can't afford to pay all their rent, and that's not quite affordable housing," Anderson said.

The abstaining vote in the May 11 council meeting, Councilman Carolina, said there are other areas besides this that the county needs to consider for an affordable housing development.

Other plots in the county, though, have not been considered and will not be considered, Cates said, because they would be unlikely to qualify for state housing funding.

Cates said Foursix and BlueLine were interested in the spot outside Wedgefield because it fit into a census tract that the state housing authority identified as the areas in greatest need of affordable housing.

Once the vote happened and most of the Wedgefield residents in attendance left the meeting, several residents condemned council for the vote. Marilyn Hemingway, CEO of the Gullah-Geechee Chamber of Commerce, told council that because it gave into racist ideas of what kinds of people would be living in the proposed development, the county lost a chance at having much needed affordable housing in it.

"You all ought to be ashamed of yourselves," Hemingway said.