Waccamaw High School hired assistant baseball coach Tyler Vick as its new head coach on June 3, replacing longtime head coach Jeff Gregory after he stepped down May 13. Vick has coached at Waccamaw at the B-team, JV and varsity levels and also played for the Warriors. Tyler Vick/Provided 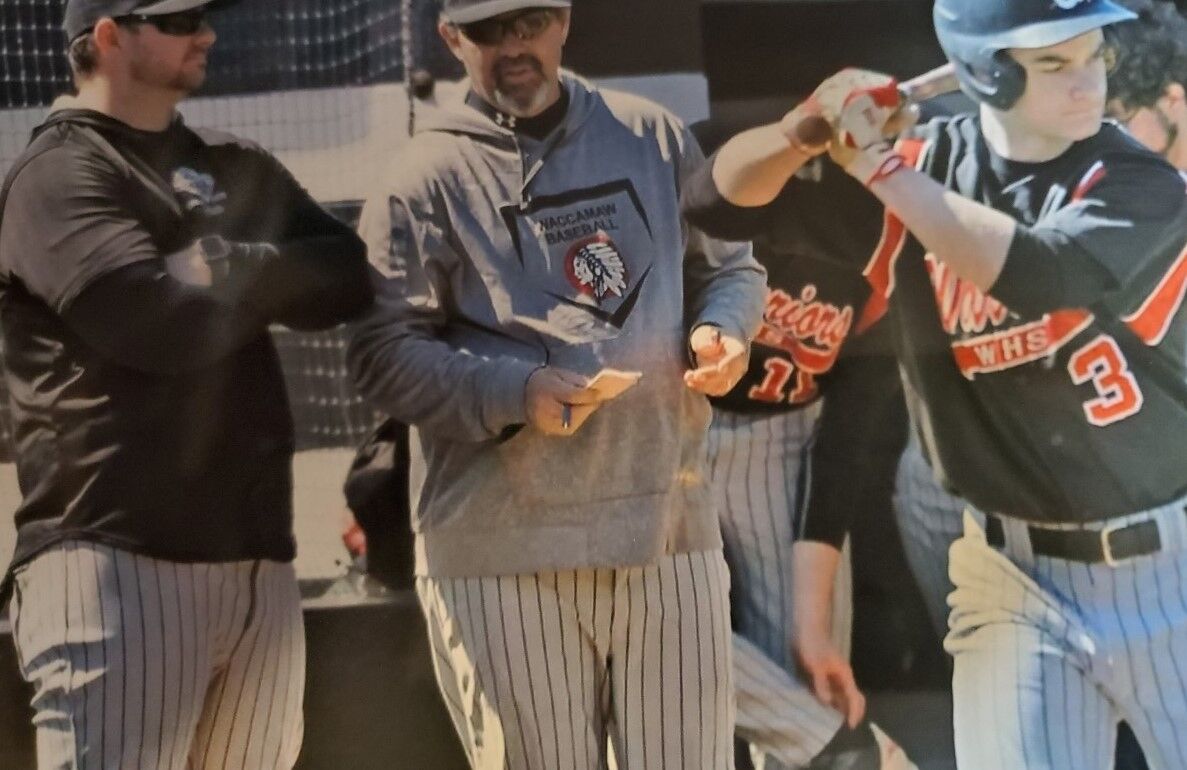 Waccamaw High School hired assistant baseball coach Tyler Vick as its new head coach on June 3, replacing longtime head coach Jeff Gregory after he stepped down May 13. Vick has coached at Waccamaw at the B-team, JV and varsity levels and also played for the Warriors. Tyler Vick/Provided

PAWLEYS ISLAND – A familiar face will be taking over as the Waccamaw baseball skipper.

On June 3, Waccamaw High School hired assistant coach Tyler Vick to be its new head coach, replacing Jeff Gregory, who stepped down from the position on May 13.

Gregory had been the head coach for 16 years, and Vick had served as a varsity infield coach under him for five of those years.

Vick also served as the JV and B-team head coach prior to becoming an assistant on the varsity staff, bringing his total number of years as a coach at Waccamaw to 10.

“It’s a huge honor,” Vick said. “It’s something where I think that I get to now represent a place that, for me, gave me so much as a player, as a student, and as an assistant coach kind of cutting my teeth in the coaching world. It really is a true honor to me because it’s something that I’ve kind of set my eyes on for quite a long time.”

Vick also played for the Warriors starting on the JV team in 2002 when he was in seventh grade, and then worked his way up to varsity, including playing under Gregory in 2006 and 2007 before continuing his baseball career at Charleston Southern.

“Anytime a player comes back and wants to coach with you, that’s a good sign that you did a decent job,” Gregory said. “He’s going to be fine. He (has) vast baseball knowledge. I’m sure he’ll do some things different and I’m sure he’ll keep some things the same. But he has his own vision, as any new person coming in should, and he’s obviously got work to do, as anybody would coming in.”

Vick will look to lead the Warriors to the playoffs for the first time since 2018, and will look to build on Gregory’s legacy of three region titles and three district titles.

During Gregory’s tenure, the Warriors only missed the playoffs twice, in 2019 when they lost to rival Georgetown in a play-in game and this past season (the 2020 season was canceled halfway through due to the COVID-19 pandemic).

Vick will use some of the tools he learned from coaching under Gregory in his new position, while also putting his own signature on the program.

“There’s obviously a couple things that stand out, and (first) it’s how to run a program,” Vick said of learning under Gregory. “I’ve been a part of it and I’ve kind of seen the ins and outs of what it takes to be in charge of not just the varsity baseball program, but junior varsity and the B-team as well. And another big thing that we’re going to continue is the Coastal Invitational Tournament.”

The CIT is an annual preseason tournament that Waccamaw hosts.

Vick also hopes to mirror the relationships Gregory had with his players not just on the field, but off the field as well.

“While the program has been successful, I look forward to taking it to another level,” Vick said. “This is going to be my program and it’s going to have my stamp on it from how things go on a daily basis (and) a weekly basis.”