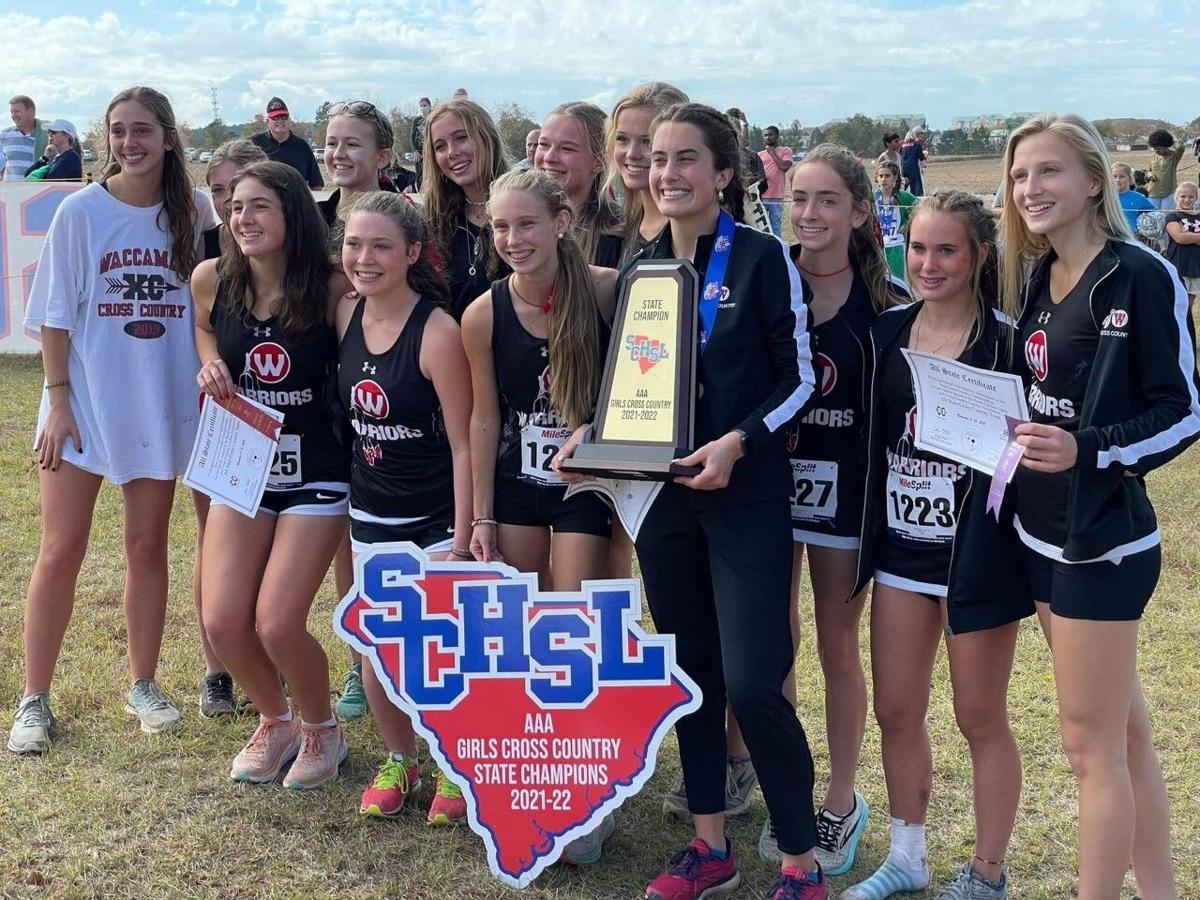 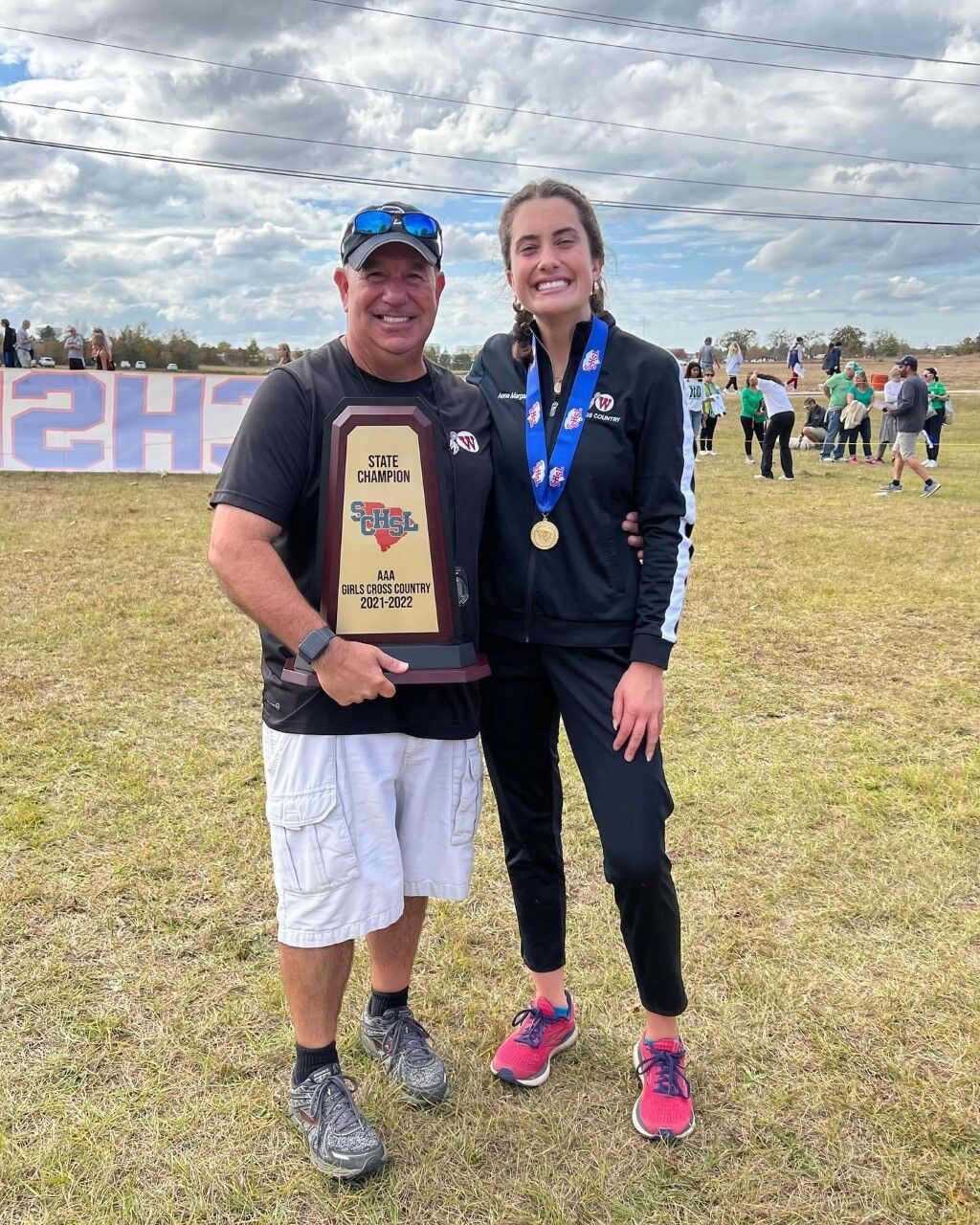 Cross country is like golf scoring-wise; the lower your team scores, the better.

“It means a lot,” said Waccamaw coach Brian White, who was named Class AAA coach of the year. “We worked hard and we had a great season, and these girls really were prepared and went through a lot during the season to get to that point. It’s just a great feeling for the entire team, the school and the community.”

Leading the way for the Warriors was junior Anna Margaret Loftus, who finished first overall with a time of 19:18.14. She was also named all-state, along with senior Rachael Neill and sophomore Clare Fico.

“She was a great motivation,” Waccamaw freshman runner Kayla Sheedy said of Loftus. “Every practice she was always upbeat and cheered everybody on no matter where we were.”

"I am so excited to have won state as an individual and even more excited to have contributed to the team title," Loftus said. "We have worked so hard for three years and it's such a huge blessing to share it with the girls that I love so much."

Waccamaw had finished state runner-up the last three years, so that made this win even sweeter for Neill, who was in her fifth and final year with the varsity squad.

No. 1 Myrtle Beach crushes Aiken to advance to 3rd round of AAAA playoffs