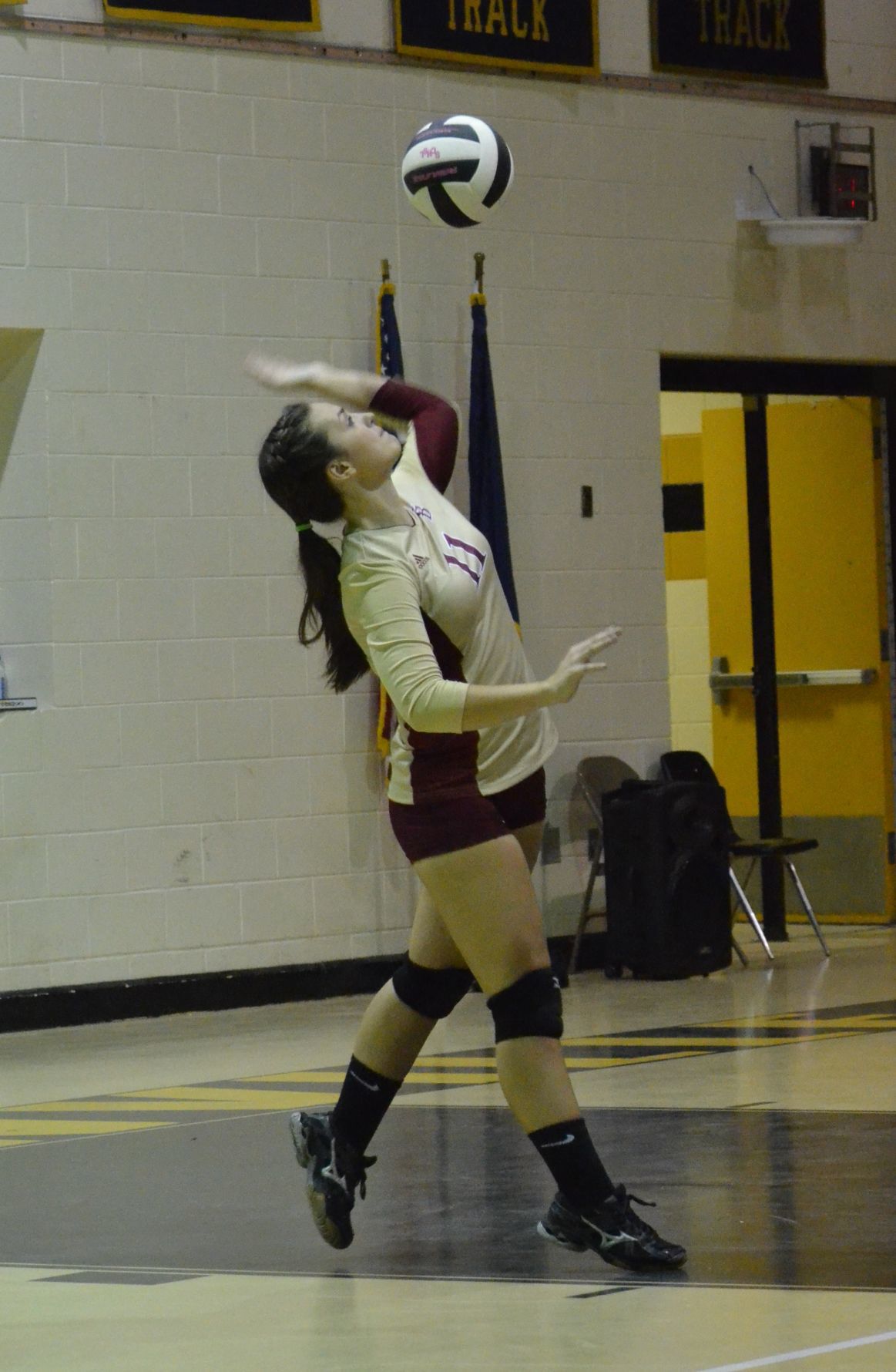 Carvers Bay's Maggie Marsh had a perfect serving night against Johnsonville on Oct. 18 with 25 good serves. 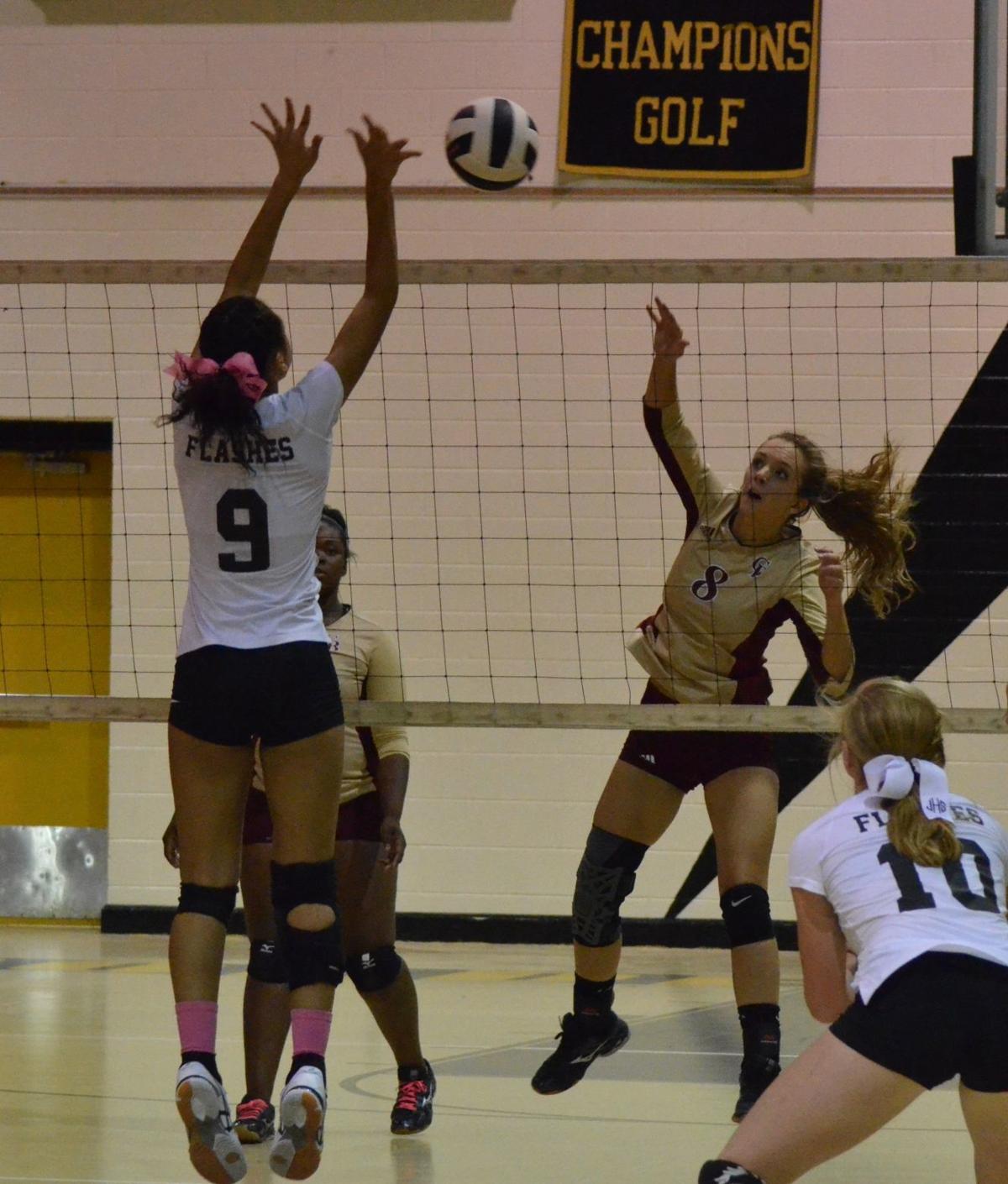 The Carvers Bay volleyball team returned to action on Oct. 18, and lost a hard-fought match 3-1 to Johnsonville.

The loss means the Lady Bears are battling Andrews for second place in Region VII-AA instead of for a region title.

After schools were closed for more than a week due to Hurricane Matthew, the Lady Bears only had a few hours of practice spread over two days before the match.

“They were dragging,” Coach Kimberly Baker said. “They could not move after they started practicing. … I told them they had to fight it out.”

The teams combined for 163 points in the four sets, with Johnsonville outscoring Carvers Bay 97-86.

Maggie Marsh sparked the Carvers Bay offense, going 25-for-25 on serves. She also had eight assists.

Andrews lost a five-set match to Johnsonville on Oct. 19.

Carlynn Harper had 32 digs and 19 kills; Brooklyn Brewington had 22 kills and nine blocks; and Logan Owens had 11 kills and 20 digs.

Waccamaw stayed perfect in Region VI-AAA with a sweep of Lake City on Oct. 18.