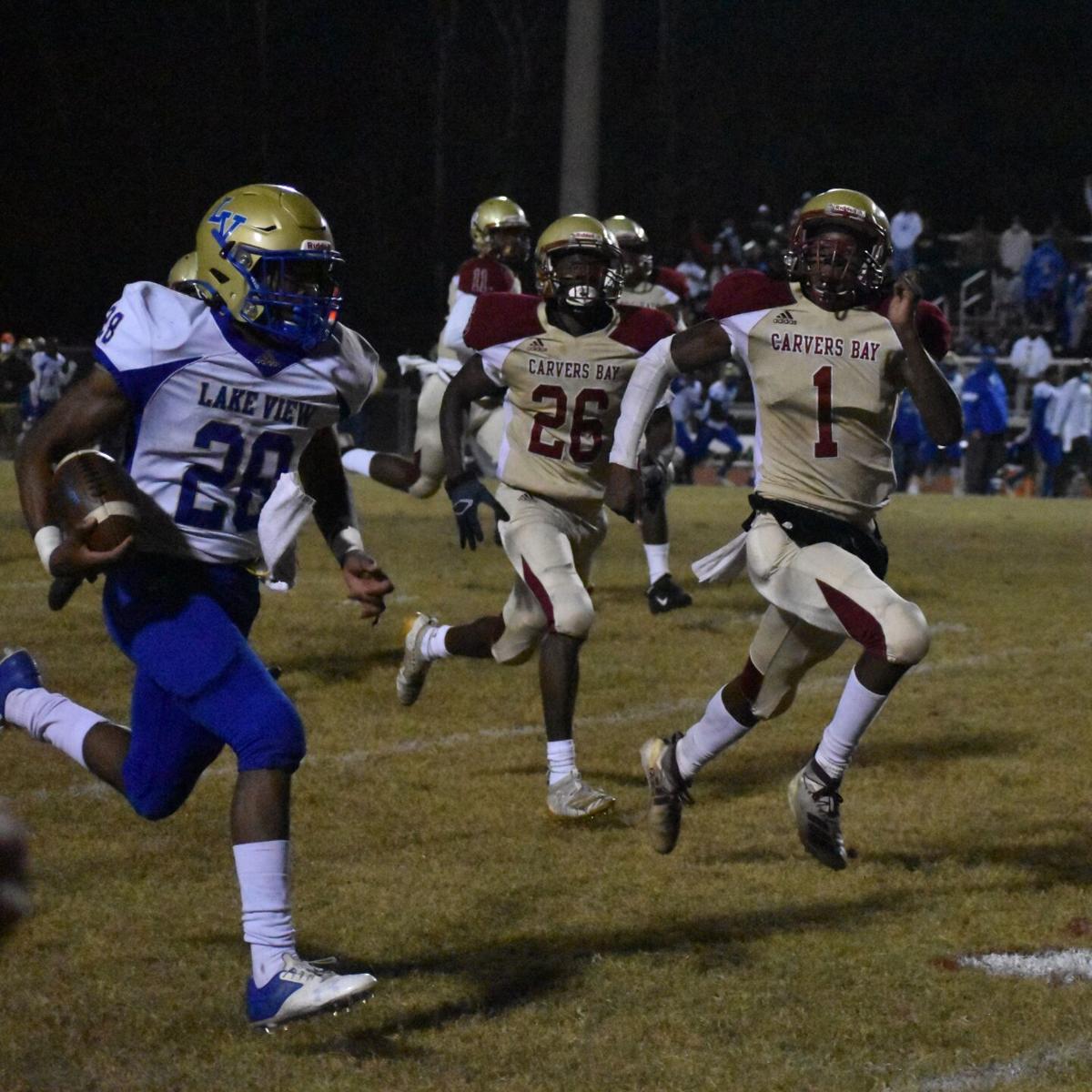 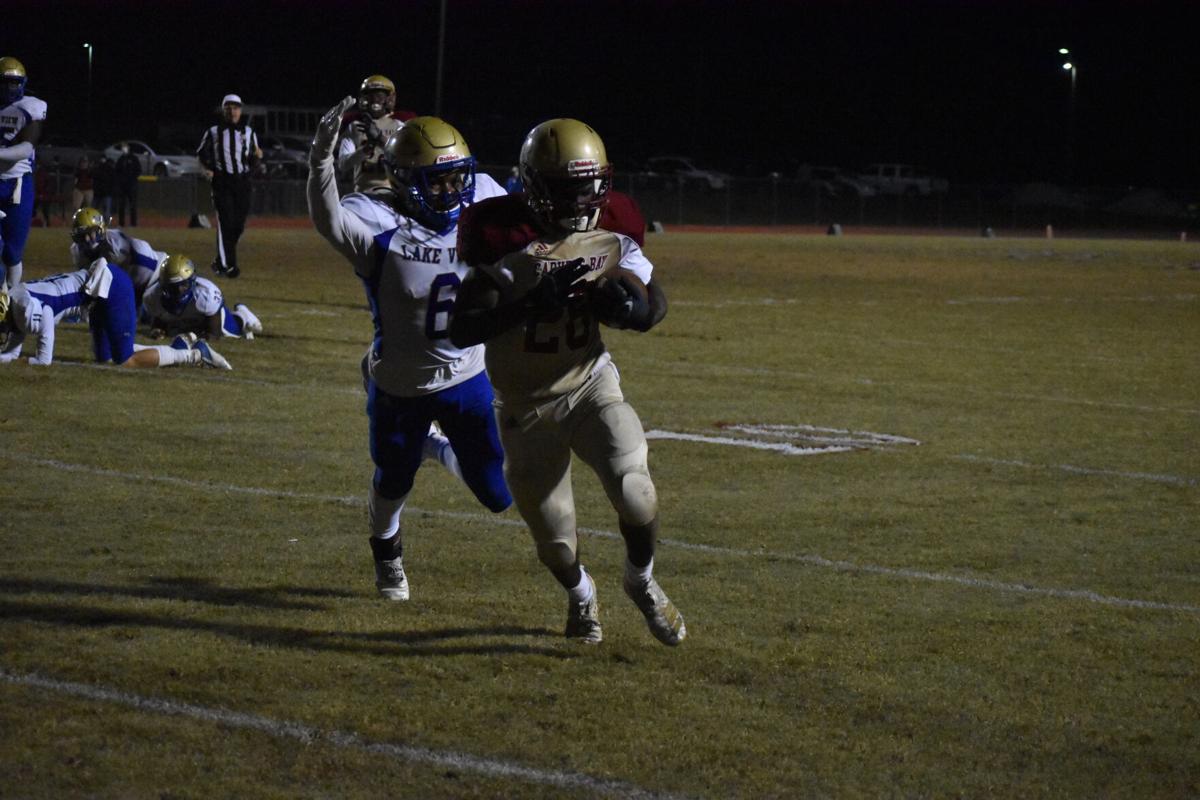 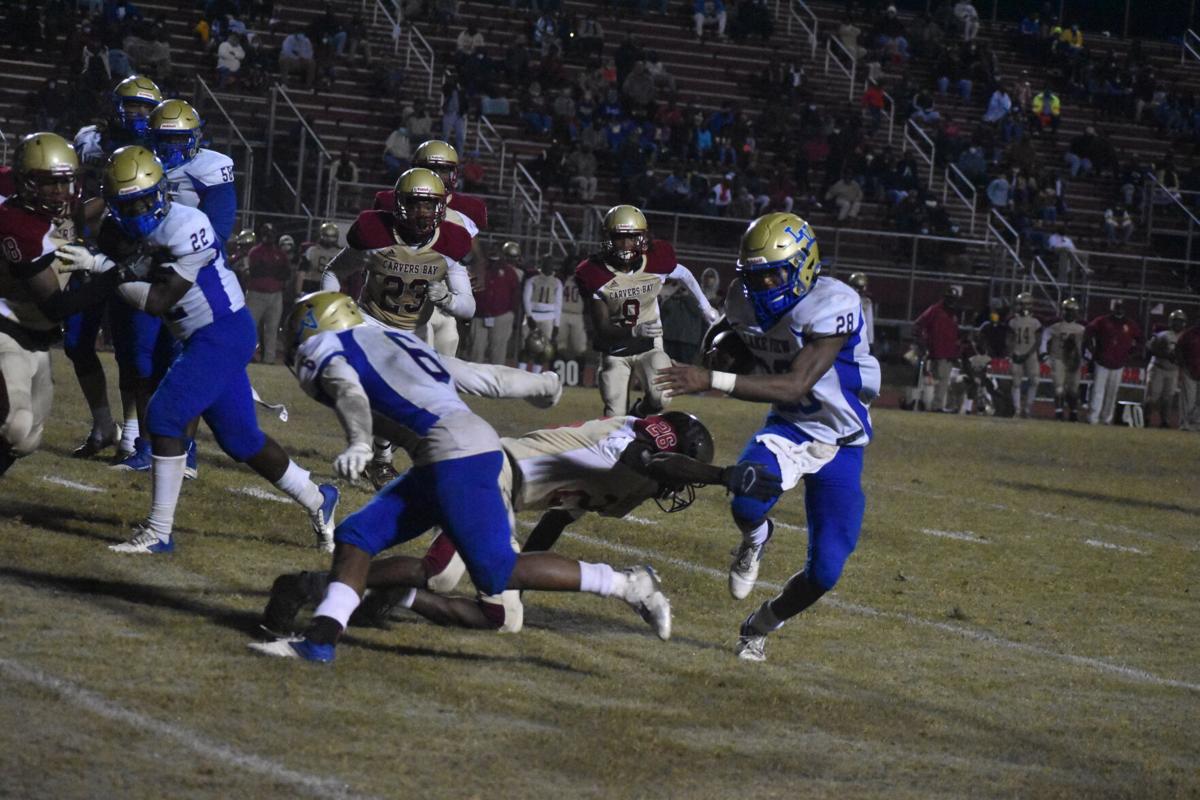 Lake View senior running back Ja'coreus Ford (28) scores one of his three touchdowns on the night. Danny Kelly/Staff 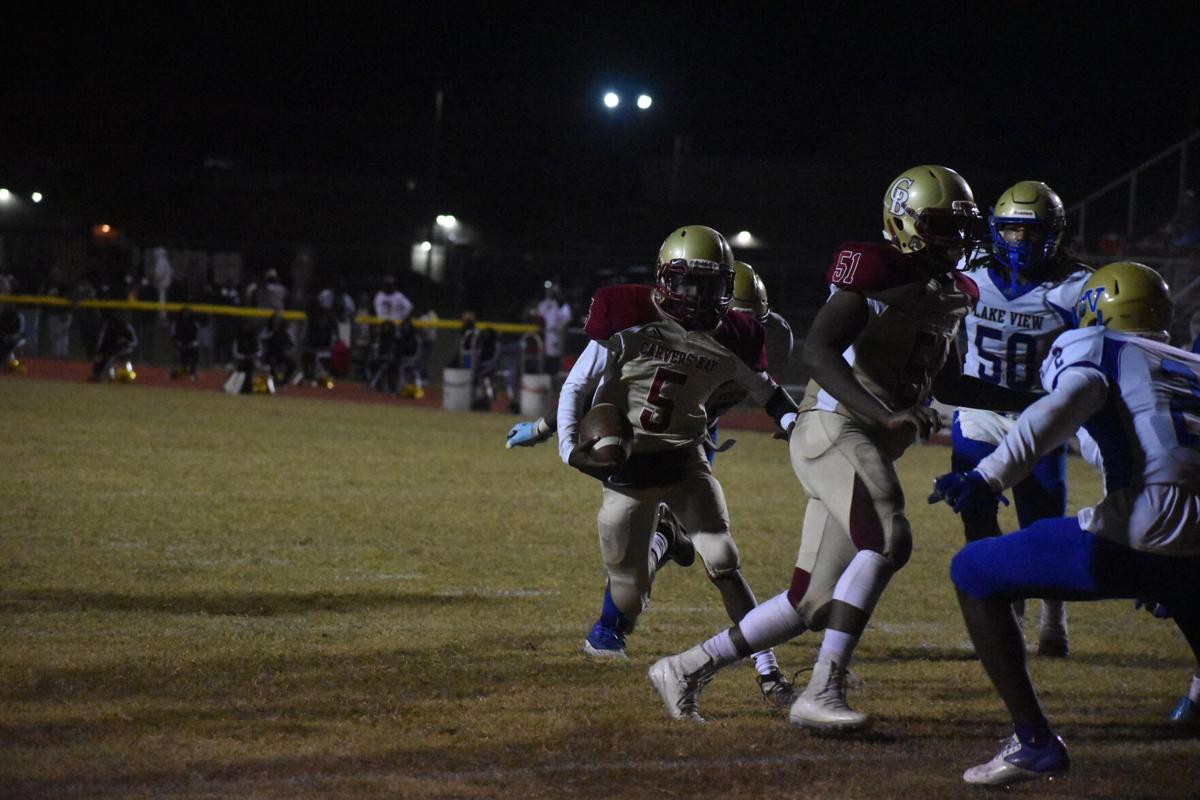 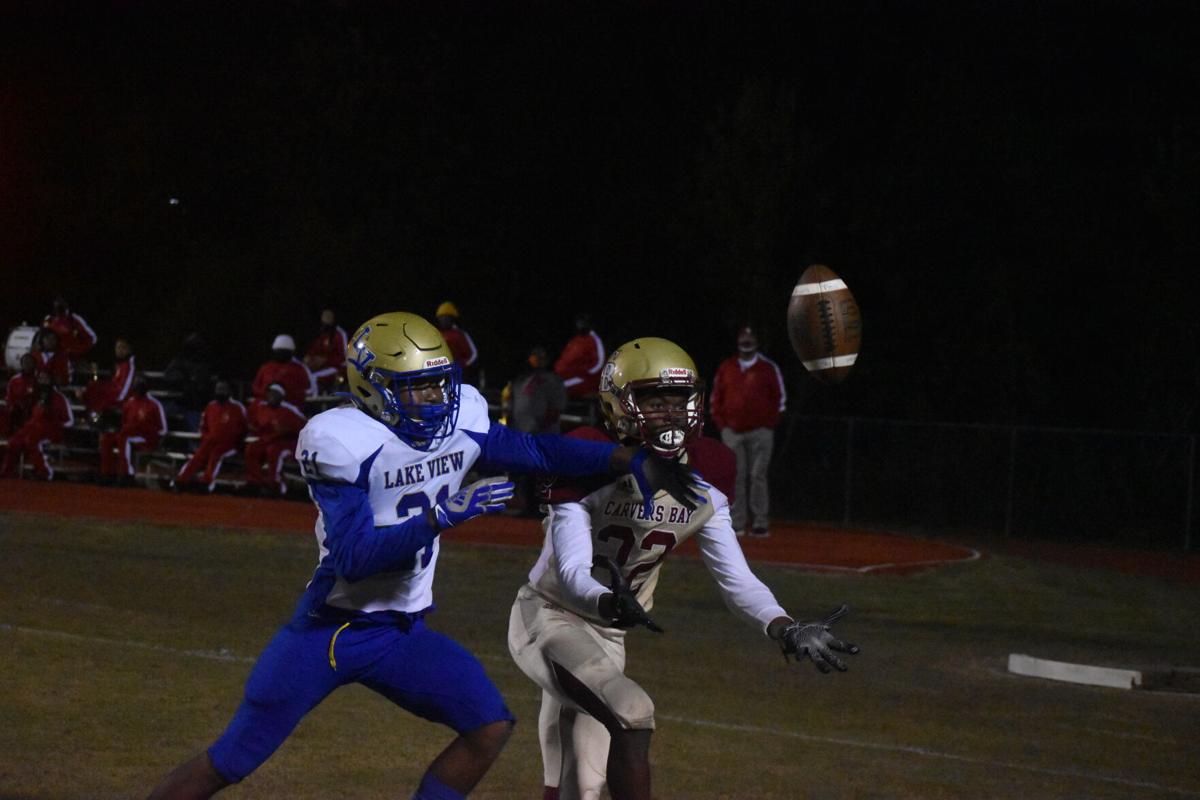 Lake View senior running back Ja'coreus Ford (28) scores one of his three touchdowns on the night. Danny Kelly/Staff

HEMINGWAY — It’s simultaneously exhilarating and terrifying how the fate of a season can come down to one final play.

No. 9 Carvers Bay got the short end of the stick in that situation Friday night, with junior quarterback Kayshaun Brockington’s pass to the end zone with time expiring getting broken up by two Lake View defenders, meaning the No. 1 Wild Gators escaped Big Bear Stadium with a 30-22 victory to move onto the lower state championship Friday.

Carvers Bay blows out Baptist Hill, 33-8, to advance to second round of 1A playoffs

Despite the loss, Bears head coach Matthew Richard was proud of how his team hung tough with the best team in the state in 1A.

“Like I’ve been saying all season, this is a resilient bunch,” Richard said. “Coming off a 2-5 season, a season with no offseason, a season unlike any other, and those fought to the end and we’re basically one play away.”

On the other side, Daryl King was elated that his undefeated Wild Gators got the job done.

“The entire game, it was back and forth, back and forth,” King said. “We got up by 16 (in the fourth quarter), and we knew that wasn’t enough. We’ve been watching enough film on them to know that’s a good football team and they’ve steadily gotten better throughout the year. (They’ve) got a lot of great athletes on that team…and it’s a credit to our defense; we made a play there in the end zone (when) we needed to make a play. Didn’t make a couple earlier on, but rose to the occasion when we had to.”

“I knew coming into this game I’d have to be a big part,” Ford said. “I talked to the head coach, Coach King, he told me whatever I do, hit it, put my body on the line and control the offense.”

For a second time, St. James High cheerleaders are in quarantine, although coaches are not

However, Brockington ran for a 4-yard touchdown with 3:34 to go and hit senior wide receiver MJ Bromell to cut the lead to 30-22.

After a failed onside kick attempt, the Bears forced a Lake View punt to get the ball back with a minute left.

On a big 4th down play, Brockington hit wide receiver Avery Gates to keep the Bears’ season alive, followed by a 40-yard pass to Bromell to set the Bears up at the Wild Gators’ 17-yard-line with nine seconds left in the game.

However, two incomplete passes to the end zone doomed the Bears’ chances at winning the game and ultimately ending their season.

“Josh Walker had a great night,” Richard said. “Hopefully some people start paying attention to the talent he is, and I expect and even bigger season next year.”

Losing a game like this can be a huge motivator for a team to come back even stronger the next year, and Richard hopes that will be the case for his team next season.

Lake View will host Bamberg-Ehrhardt next week in the 1A lower state championship after the latter defeated Whale Branch Friday night.

“I know absolutely nothing about them,” King said. “I’ve seen no film on them.”