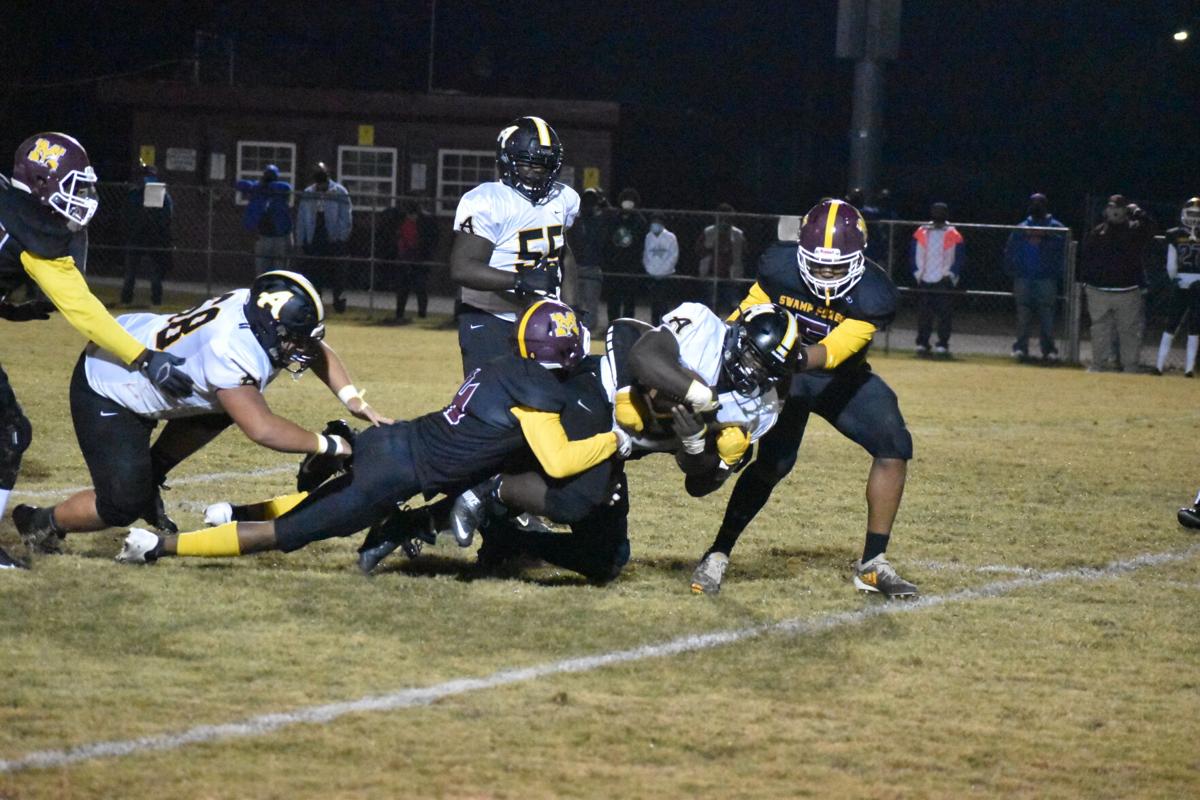 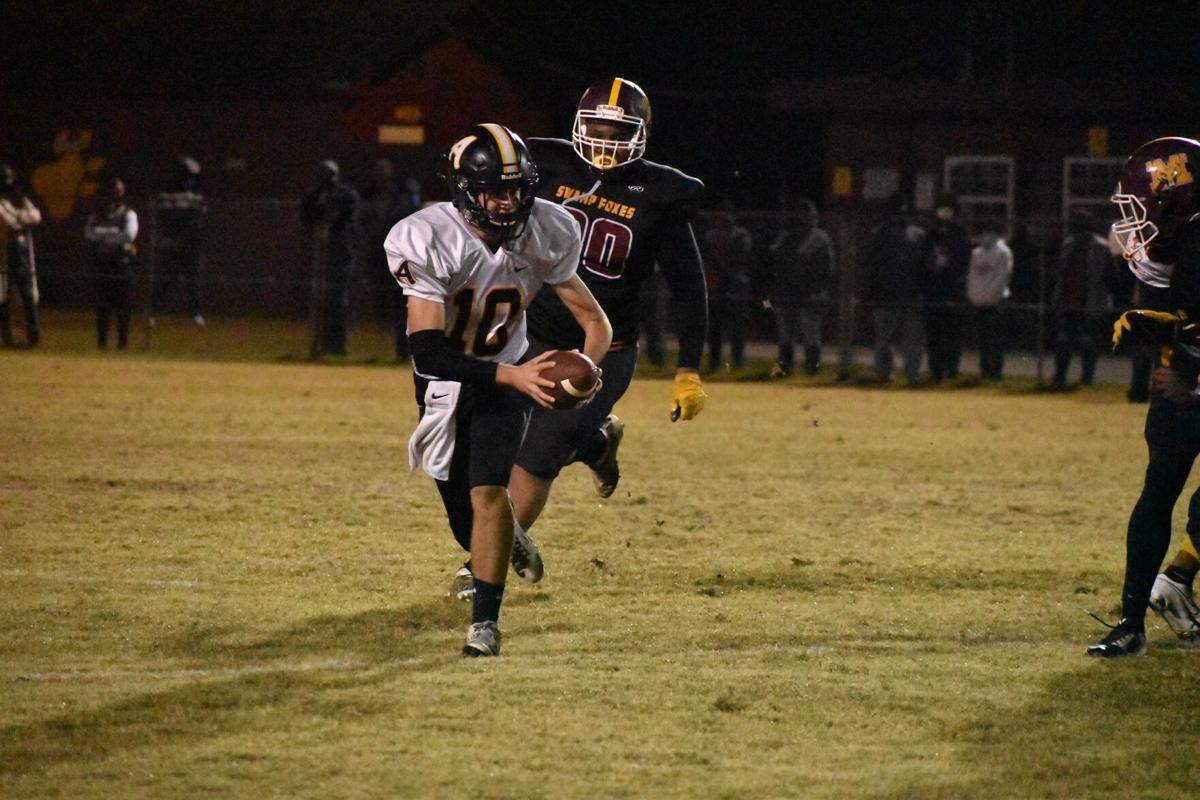 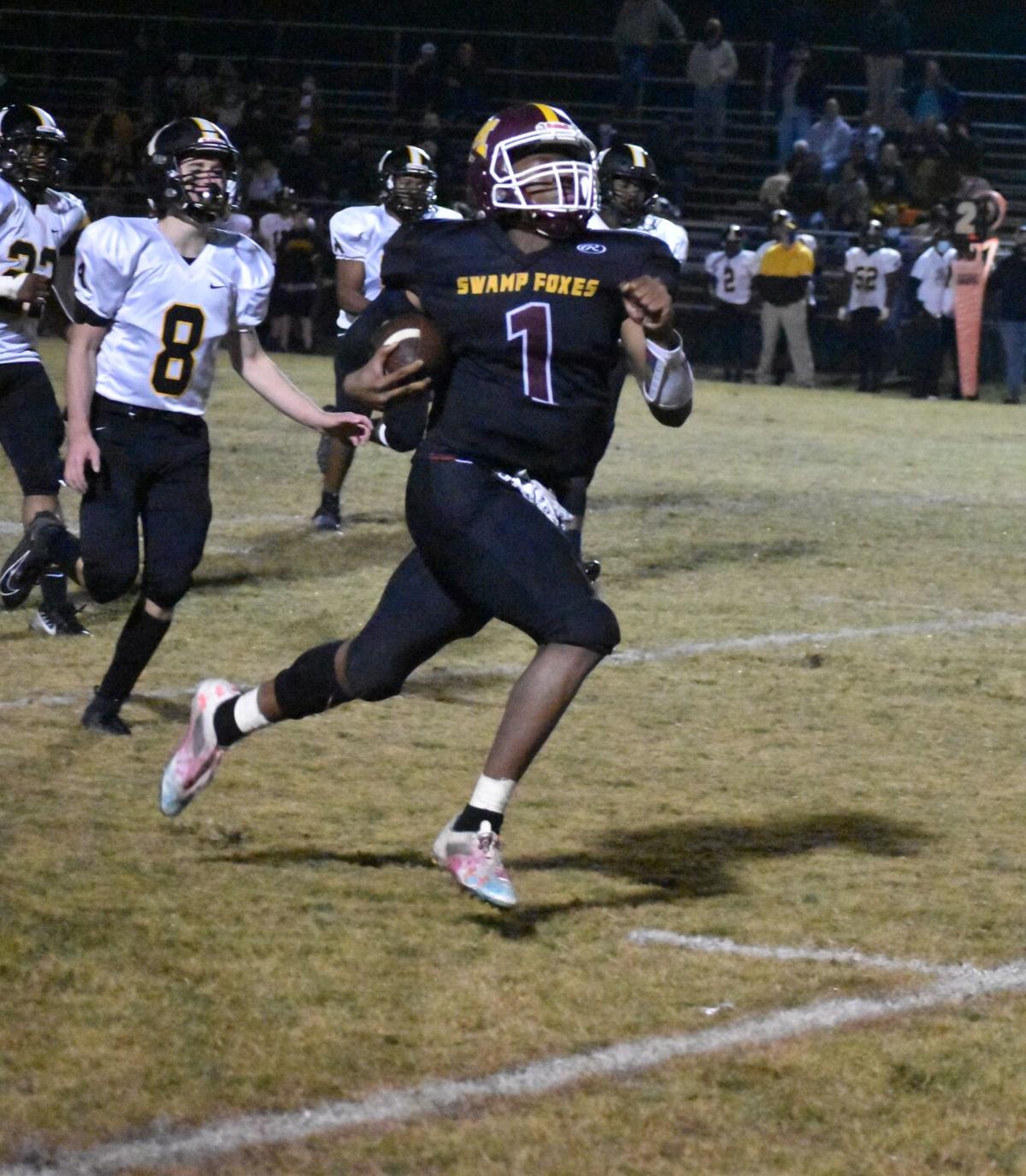 Marion senior running back Qualiek Crawford runs for one of his five touchdowns. Danny Kelly/Staff 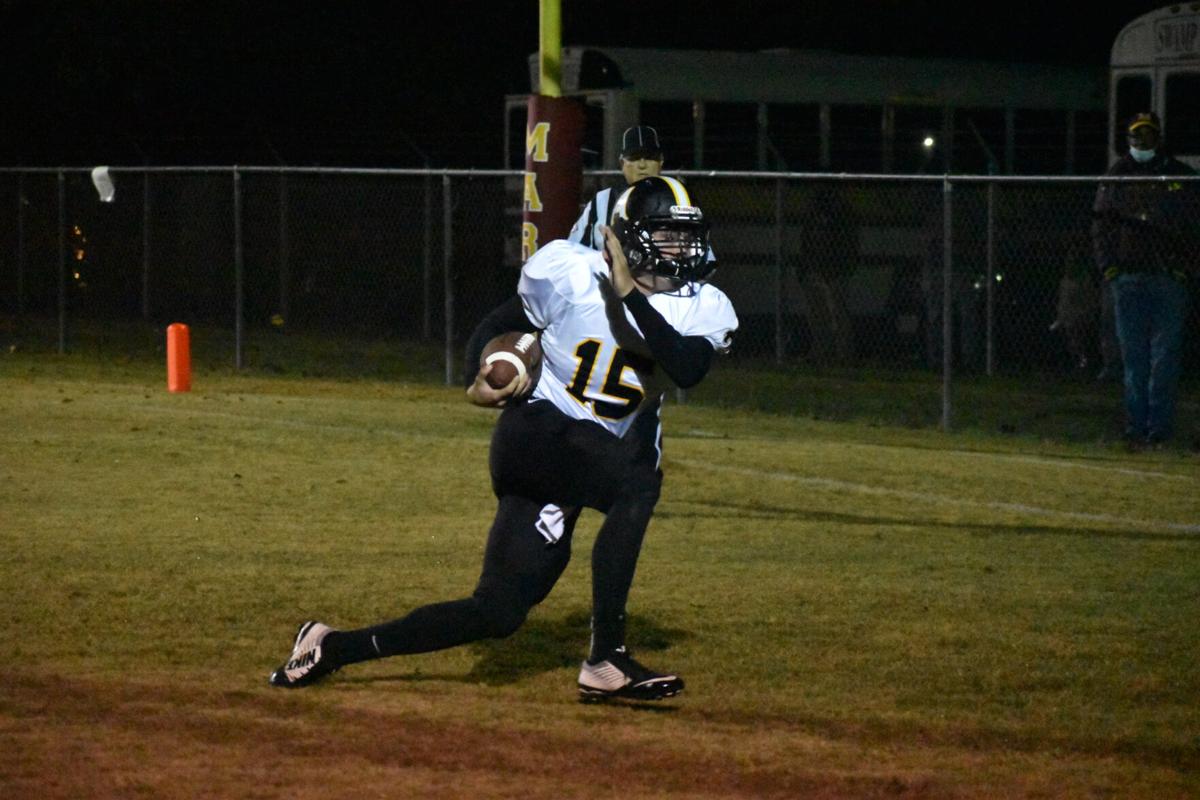 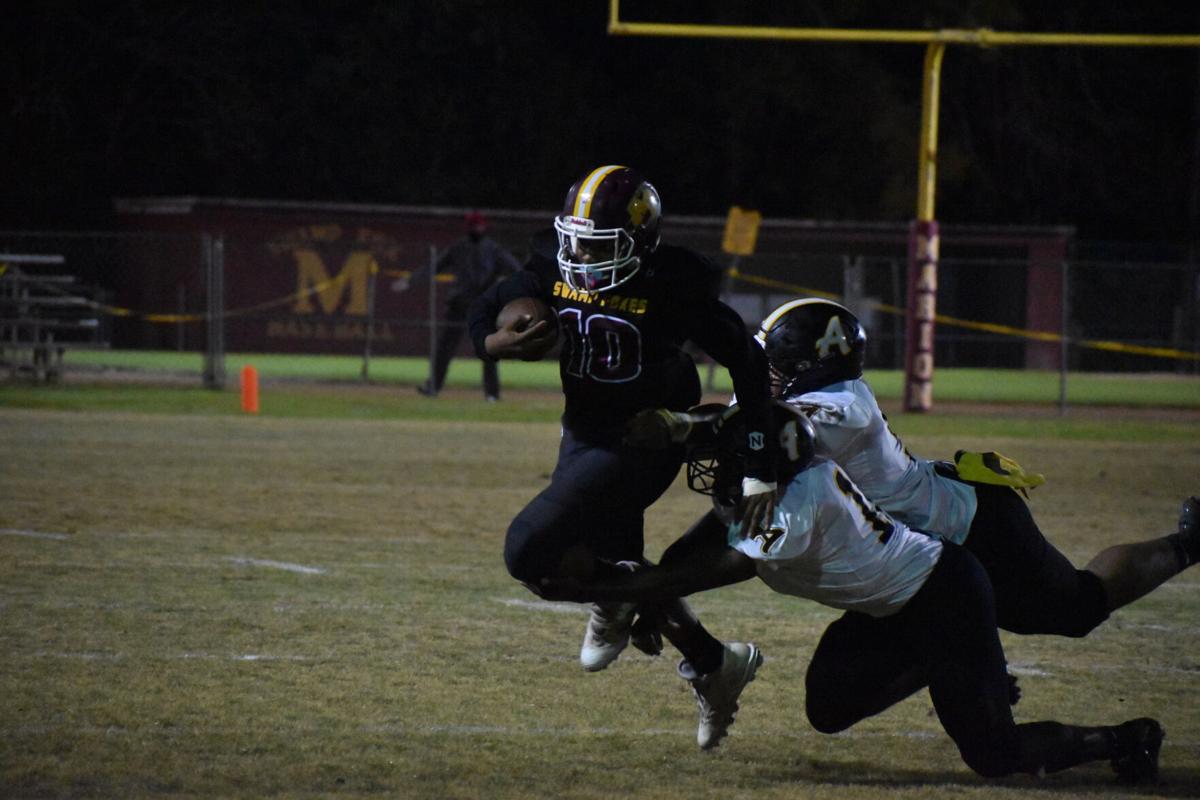 Marion senior running back Qualiek Crawford runs for one of his five touchdowns. Danny Kelly/Staff

MARION — In the end, it was the Yellow Jackets that ended up feeling the sting.

The Andrews High School football team fell to Marion, 36-33, in the 2A Lower State Championship Friday night at Fox Field in a thriller that left the Yellow Jackets with the short end of the stick.

Down 36-33 with 1:24 to in the game at their own 31-yard-line, Andrews senior quarterback Eli Durham’s pass was batted down by Marion senior cornerback/running back Qualiek Crawford on 4th and 14 to seal the win for the Swamp Foxes, who advanced to play Abbeville in the 2A state championship on Friday at Spring Valley High School.

“(It’s) just amazing,” Marion head coach Randall State said. “Our guys fought all night. We told them we had a plan and we (were) going to (use) our plan no matter win, lose or draw. We had to win to finish the game, and we finished.”

It’s fitting that Crawford batted down the pass to seal the victory; Crawford carried the Swamp Foxes all night, scoring a whopping five rushing touchdowns.

“(He showed) resilience,” State said of Crawford. “He’s been in the program for four years, so I expected everything he did tonight.”

Andrews senior running back Keshaun Williams had a monster game, scoring three rushing touchdowns, but he had two costly fumbles that came back to bite Andrews.

The first was in the second quarter when Andrews went for it on 4th and goal from the 2-yard-line, and the ball was recovered by Marion junior defensive lineman Draquan Pearson with 5:52 to go before the half with the Swamp Foxes up 15-13.

However, the Yellow Jackets went into halftime with a 27-15 lead thanks to a 3-yard touchdown run from Williams and an 11-yard touchdown pass from Durham to junior tight end Waylon Jones on 4th and 5 following a botched Marion punt that Andrews recovered.

The second fumble was even more costly.

Finding itself down 36-33 after three second-half Crawford touchdowns, Andrews had just recovered a fumble by Crawford on a punt return — one of his few mistakes in the game — to give itself the ball at the Marion 30-yard-line with 5:42 to go in the fourth, but the next play from scrimmage resulted in a 29-yard run from Williams that ended with a fumble at the 1-yard-line.

The ball went out the back of the end zone, resulting in a touchback and gave the ball back to the Swamp Foxes with 5:30 to go in the game.

Marion milked 3:27 off the clock and punted the ball back to the Yellow Jackets with 2:03 to go, but Andrews was unable to march down the field and score on its last possession.

Despite the loss, Andrews head coach Scott Durham was happy with the effort his team put forth in a big game.

“(I’m) just super proud of these guys,” Durham said. “They fought, scrapped, gave everything they had. Sometimes it just doesn’t work out. Like I told them, I’d give anything in the world to (have) the outcome be different, but it is what is and we’ll grow from it, hopefully.”