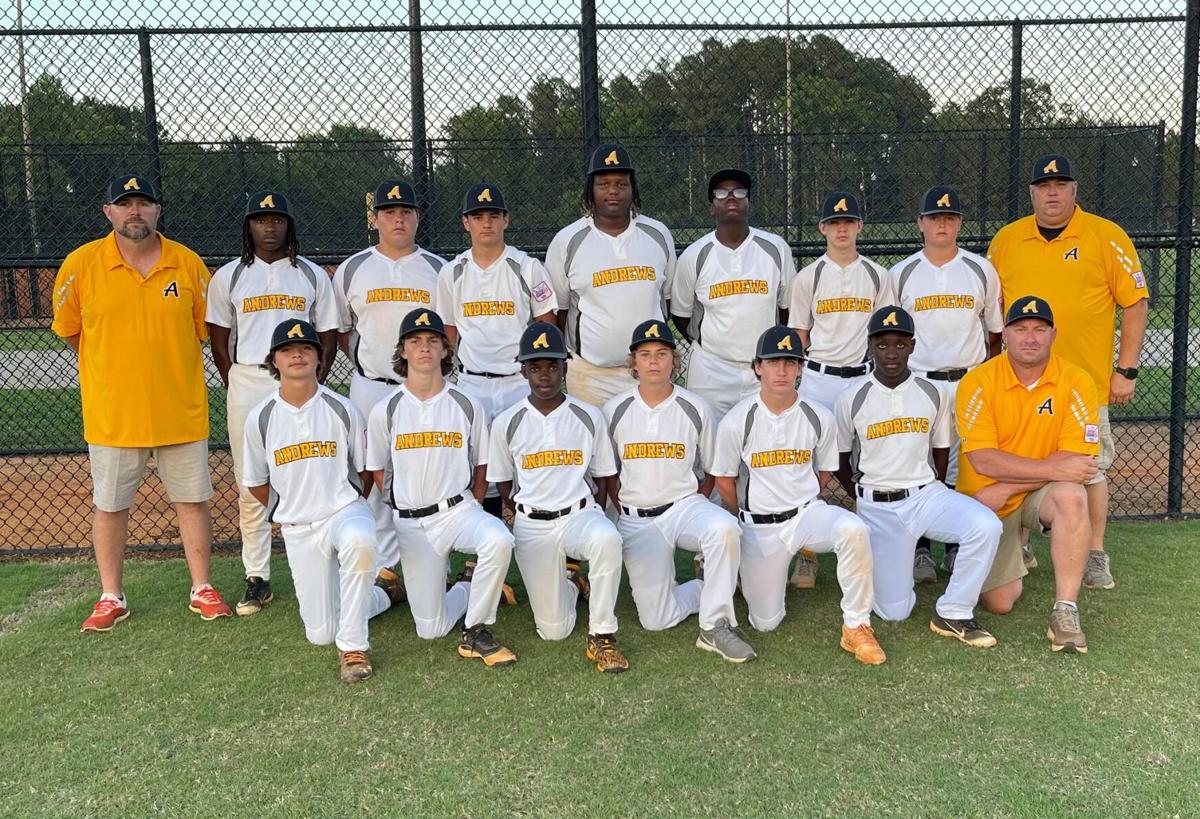 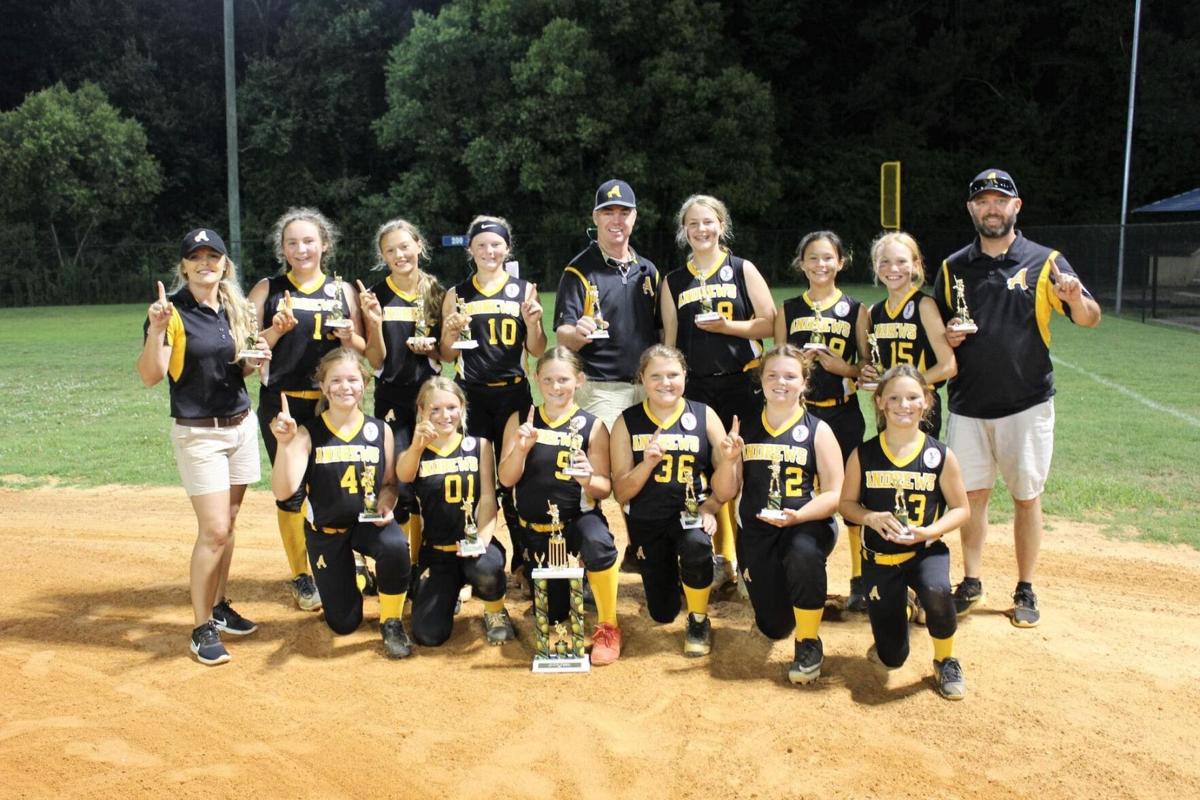 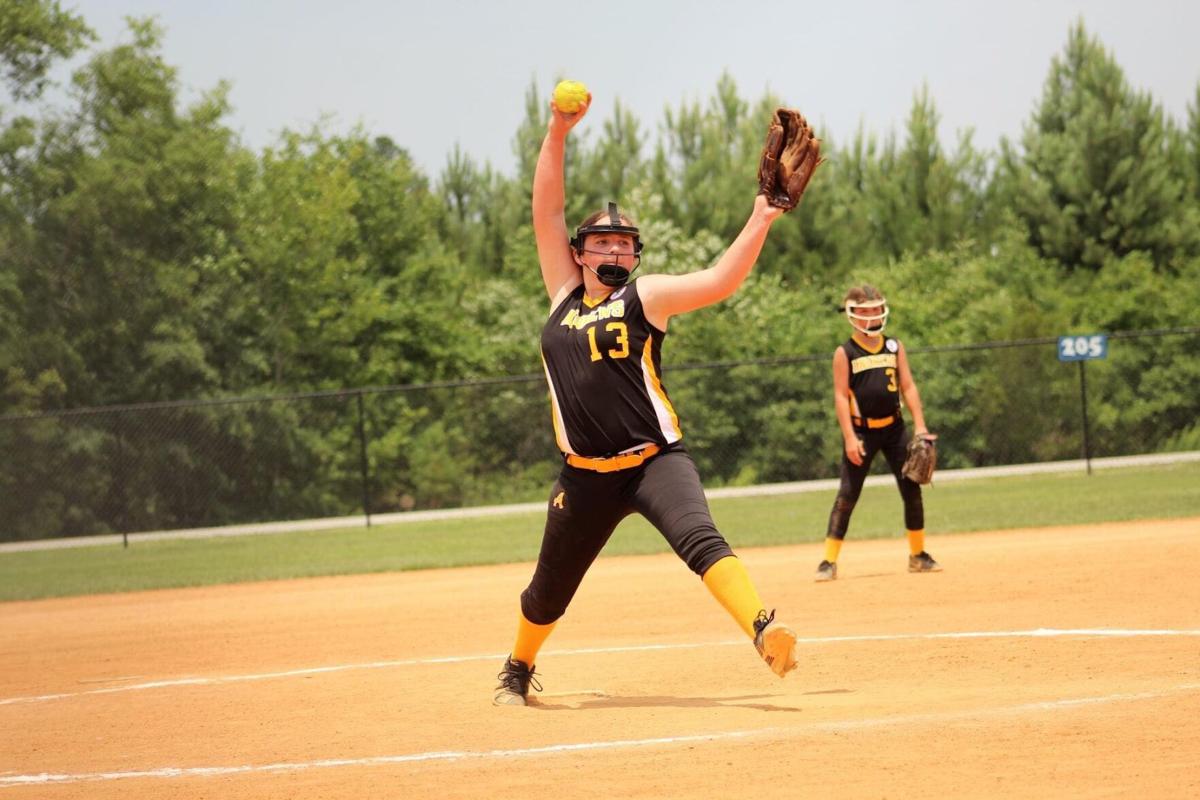 Carsyn Nesbitt pitching in a game for the Andrews Ponytails this season. Janelle Hutson Skipper/Provided 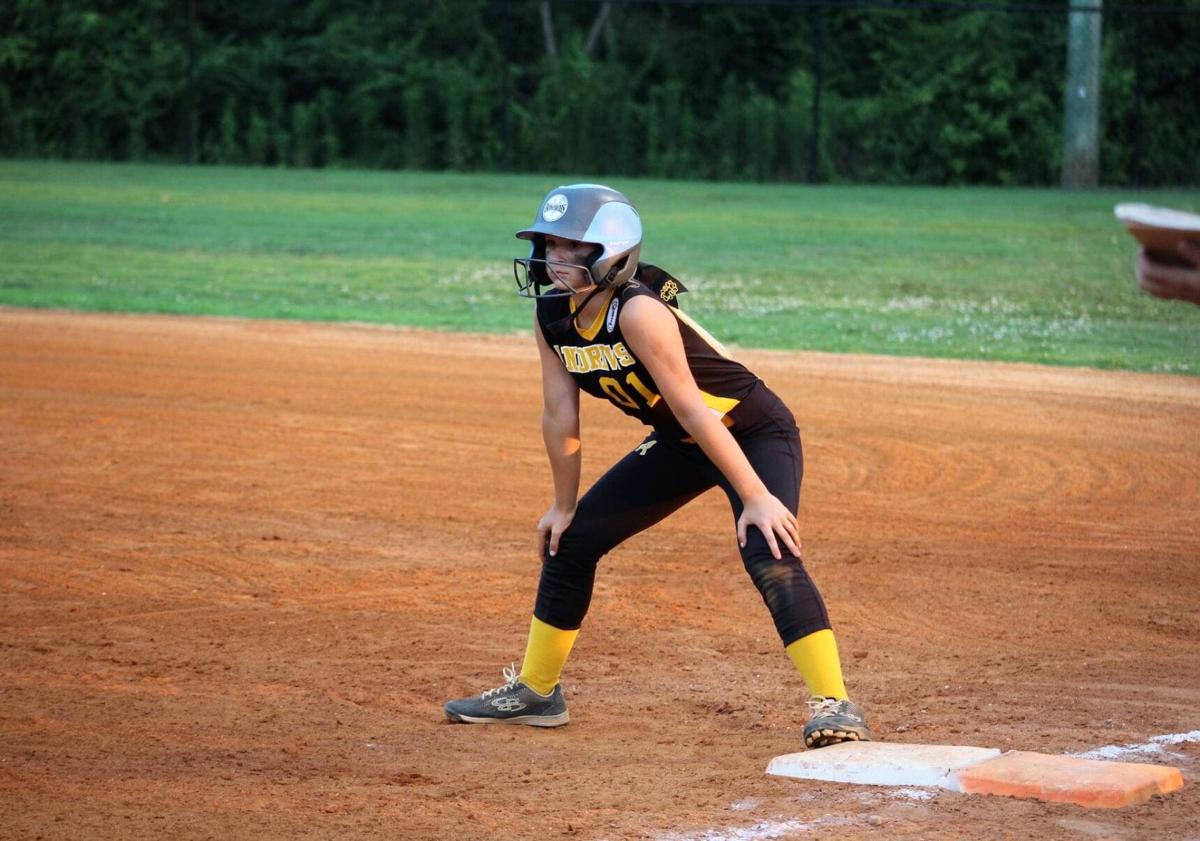 Andrews Ponytails' Emalyn Cooper on first base during a game this season. Janelle Hutson Skipper/Provided 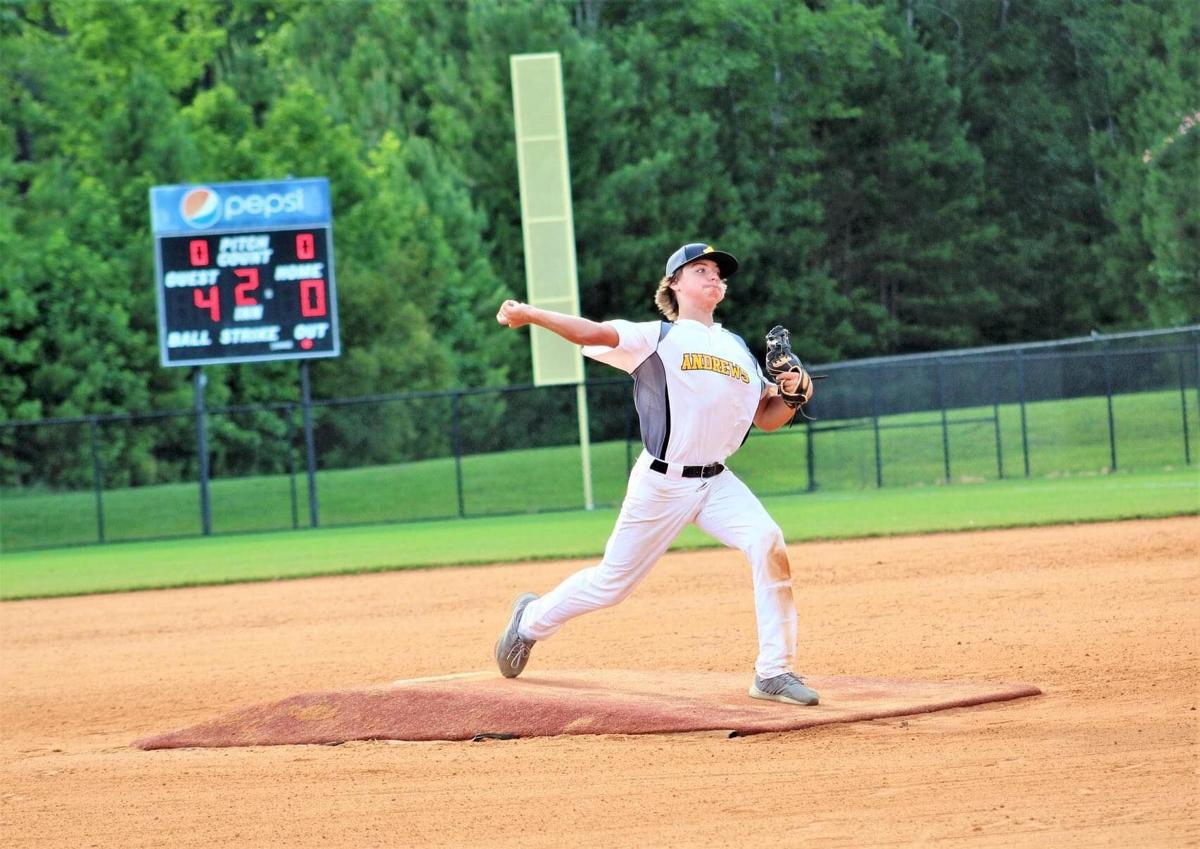 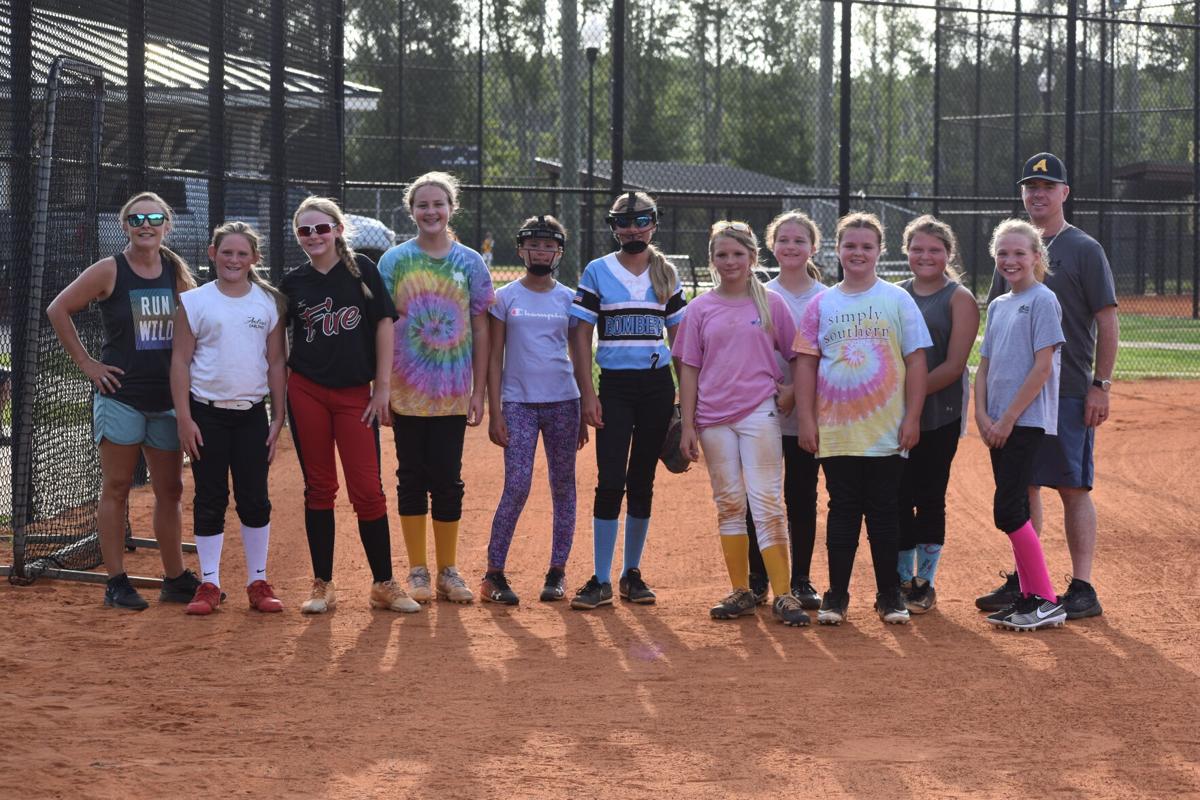 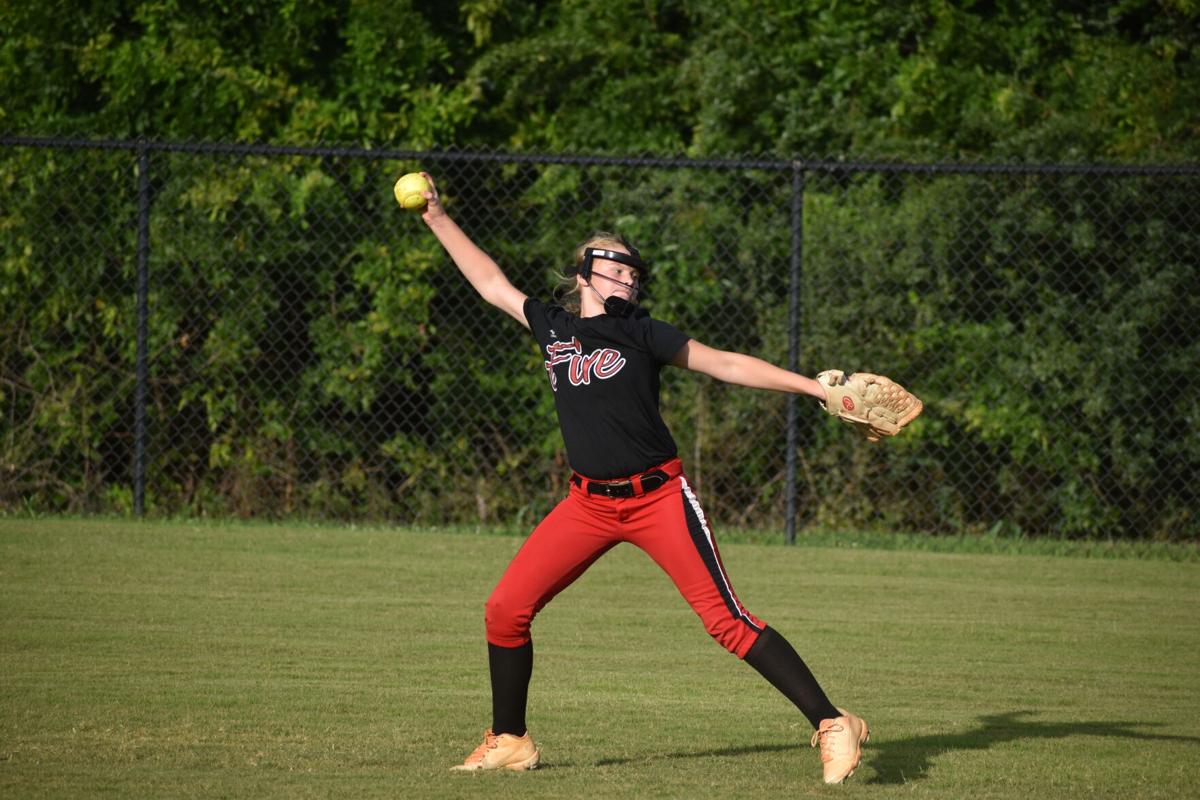 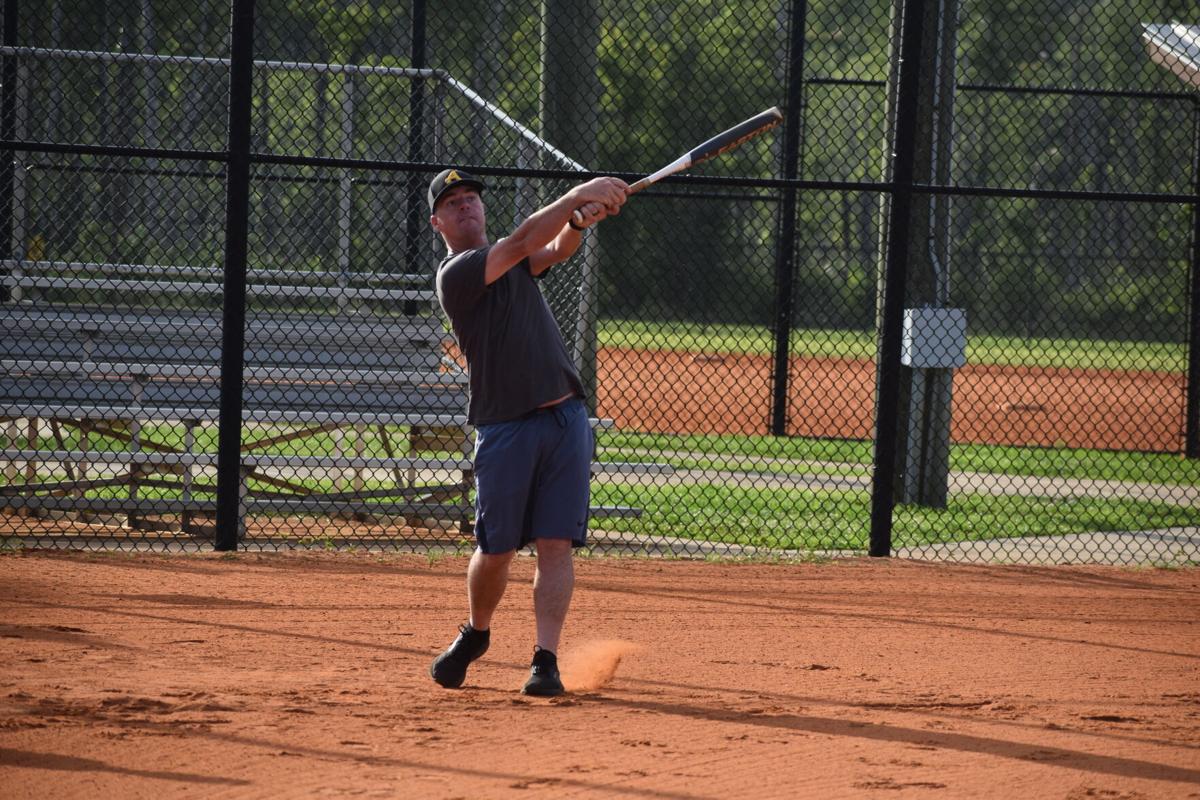 Carsyn Nesbitt pitching in a game for the Andrews Ponytails this season. Janelle Hutson Skipper/Provided

Andrews Ponytails' Emalyn Cooper on first base during a game this season. Janelle Hutson Skipper/Provided

ANDREWS – It’s been a busy summer on the diamond in Andrews.

The Andrews Dixie Boys, who went 8-0 in the regular season, posted a 4-0 district record and won the District 9 tournament to advance to the double-elimination state tournament beginning July 10 in Beaufort.

Andrews is one of three teams that represented Georgetown County in District 9, the other two being Georgetown and Waccamaw.

“We’re excited to be able to represent Georgetown County, (but) more excited to be able to represent Andrews,” Andrews Dixie Boys head coach Lee Morris said. “The biggest thing about this is this is the same group of kids we took to the O-Zone state championship in 2019. So we were pretty excited about that going into district. (We) faced tough competition in district, won it and now we’re going down to Beaufort to try and repeat and actually finish what we started in 2019.”

If the Andrews Dixie Boys are the one team left standing out of 12 at the end of the state tournament, they will go to the Dixie Youth World Series in Sterlington, La., beginning July 23.

Andrews Dixie Boys shortstop/pitcher Brycen Cannon thinks the team will be packing its bags to go down to Louisiana before long.

“I’ve been there before, but I’ve got that same energy  because I know this time I think we’re going to win it,” Cannon said of the state tournament. “Just because of the way we played all year, the hustle we put in and just the hard work.”

The team’s assistant coaches are Chris Marlowe and Nic Skipper.

The Andrews Ponytails, like the Andrews Dixie Boys, went undefeated in the regular season, but hit a snag early in the District 1 tournament.

The Andrews Ponytails fell to Aynor in their first game, but then proceeded to win four games in a row, including beating Aynor twice, to claim the District 1 crown.

The Andrews Ponytails will now travel to compete in the state tournament in Branchville starting July 10.

“We’re very excited, especially with coming off a win for the district,” Andrews Ponytails head coach Wade Cook said. “It’s the first (team) that we have coached that actually (won district). We were runner-up two years ago, but ended up winning the district tournament (this year), so we’re real excited to be able to be the No. 1 seed for our district.”

The Andrews Ponytails will be one of eight teams in the double-elimination tournament in Branchville. Aynor will also be at the same tournament, having clinched the District 1 No. 2 seed.

First basemen Chloe Skipper and pitcher/infielder Tori Smith said “10 out of 10” when asked how excited they are to compete in the state tournament.

If the Andrews Ponytails come out on top in the state tournament, they will also travel to Louisiana for the Dixie Youth Softball World Series in Alexandria, La. The dates of the World Series are still to be announced.

“I’d be very proud,” Andrews Ponytails right fielder/catcher said Elli Byrdic said when asked what it would mean to reach the World Series. “It would mean the world to me.”