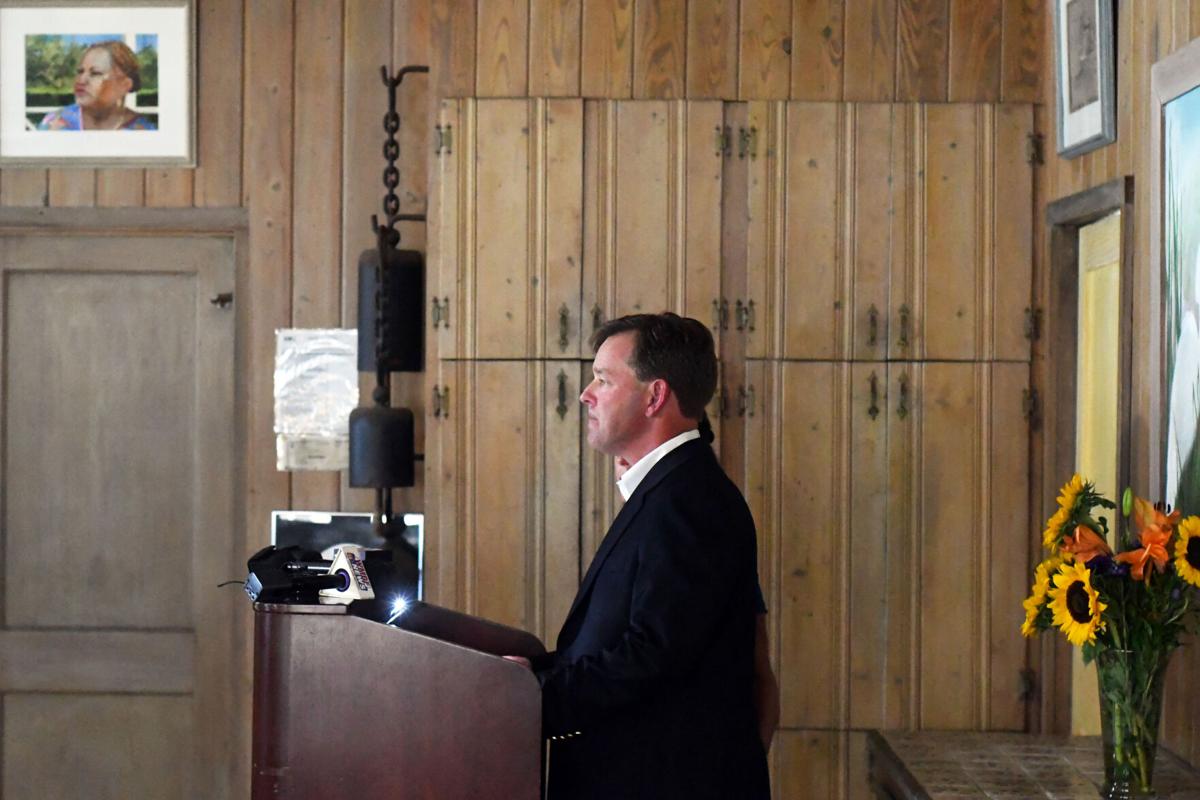 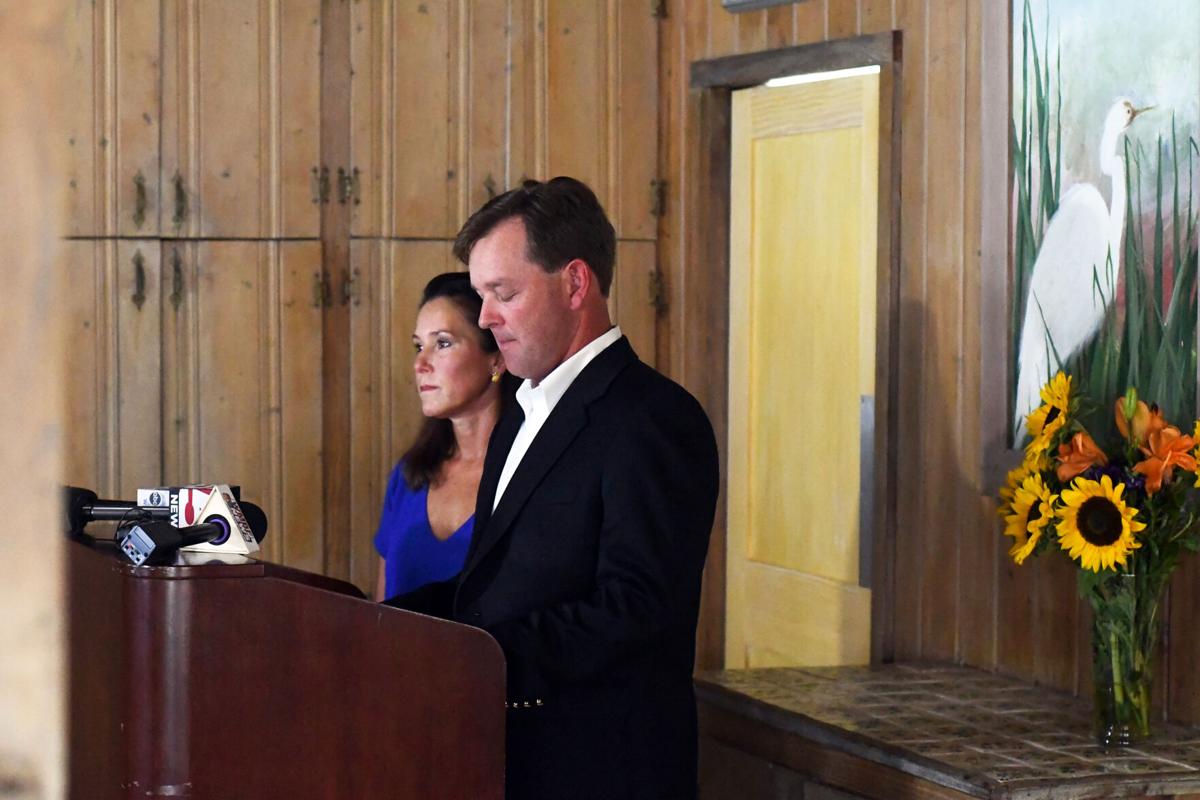 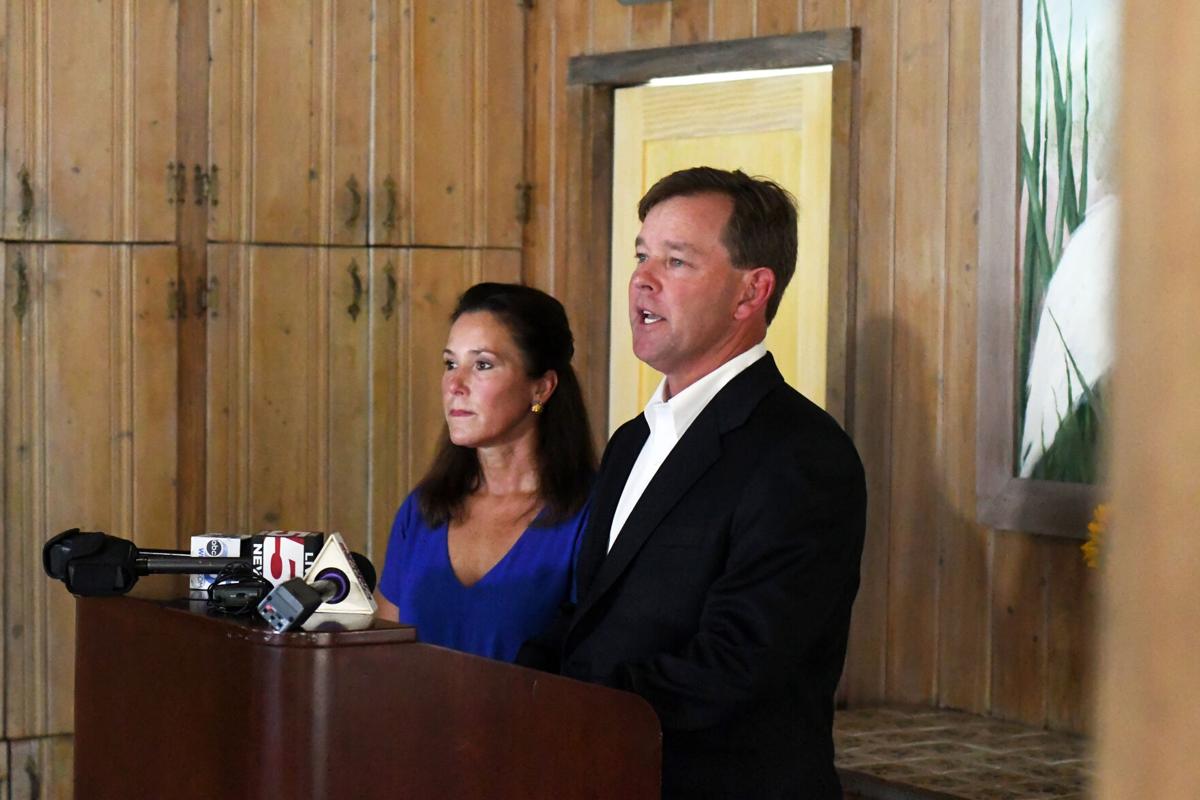 Henry faces mounting criticism from the community after his public Facebook post Aug. 25 referred to Black Lives Matter as a “terror organization,” among other remarks that residents considered to be racist in nature.

The post was prompted by a double homicide in Georgetown County that took the lives of Laura Anderson, 21, and Nick Wall, 45.

“I am profoundly sorry to those I offended with my post last week. My comments were hurtful and insensitive,” Henry said, reading from a prepared statement at the historic Sea View Inn.

“I spent that past 10 days listening and learning. The conversations I've had with friends, our staff, the community and faith-based leaders provided me with a deeper understanding of racial inequality and the importance of diversity sensitivity, which is very much needed to heal Pawleys Island, Georgetown and our country.”

If you're done with Palmetto Cheese, here are best pimento cheeses in Charleston groceries

On Saturday, the NAACP’s Georgetown chapter called for the immediate resignation of the mayor.

At the conclusion of Henry’s statement, he was asked whether he considered resigning, but the mayor declined to take any questions, instead disappearing with wife Sassy through the dining area’s double doors.

One resident, who preferred to stay anonymous out of fear of retribution due to the small nature of the town of Pawleys Island where only 136 people voted in the 2019 election, offered stinging criticism of the mayor’s words, even after the apology.

“Our town needs someone that can conduct business with respect,” the longtime resident said. “From those that we work with and from the public. This situation distracts from the needs of the town and property owners. His message was too late, and too prepared.”

Another resident, also fearful of divulging their name, felt ignored by Henry’s statement on Thursday.

“Where was the apology to the town of Pawleys Island and the folks he represents? Just throw money at it and it will go away?” the resident said.

Henry’s concerns aren’t just with his seat as mayor, as he is also facing a boycott of his successful pimento cheese brand, Palmetto Cheese.

According to the brand’s website, 15.2 million containers of Palmetto Cheese were sold in 2019. It can be found in more than 4,100 stores in the United States.

Using social media platforms such as Twitter and Facebook, concerned citizens from all over the U.S. are calling for the likes of Publix, Costco, Food Lion, Walmart and Whole Foods to take the product of their shelves.

Henry said that those spurning the company should remember that it would hurt his employees.

“Please consider the hundreds of South Carolinians' jobs that depend on its success,” he said.

With the divisiveness that Henry’s post has caused, in the community and on social media, a focus has also been put on Vertrella Brown, whose picture is used alongside the brand’s logo.

Some have accused Henry of stealing Brown’s recipe, something he vehemently denied, adding that it is actually the recipe of his wife.

Henry committed to creating a foundation in Brown’s honor — whom he called a “dear friend.” The foundation will look to aid race relations through community events, while also providing scholarship opportunities for youth and grants for entrepreneurs looking to “get their products on grocery store shelves.”

He also said that Palmetto Cheese is in the midst of a rebranding effort that will “be more sensitive to cultural diversity.”

Having been sworn in as mayor in November, controversy hasn’t been long for Henry, as he faced significant pushback for even running for the mayoral office, with many in the community pointing to him not being a full-time resident of the town.

On Election Night, unofficial results showed that Henry and former Mayor Jimmy Braswell were tied at 58 votes each, with 22 additional challenged ballots in the nonpartisan election.

Upon the vote certification meeting two days after the election, Braswell protested the ballots, stating that the individuals that had registered in the weeks before the deadline did not live on the island, including Henry.

A five-hour meeting ensued, with the Board of Canvassers choosing to accept the challenged ballots, making Henry the winner.

Braswell would also protest the results of the appeal, with the Election Board again dismissing Braswell’s concerns, with Braswell ultimately accepting the decision even though he indicated the board had reached the incorrect verdict.

“Moving forward ... it is time to unify this island. We no longer need to refer to the north, middle, or south end of the island,” Henry said upon accepting the mayoral seat.

“We are Pawleys Island, and we don’t need any divisions or factions.”

Henry is up for reelection in November 2021.