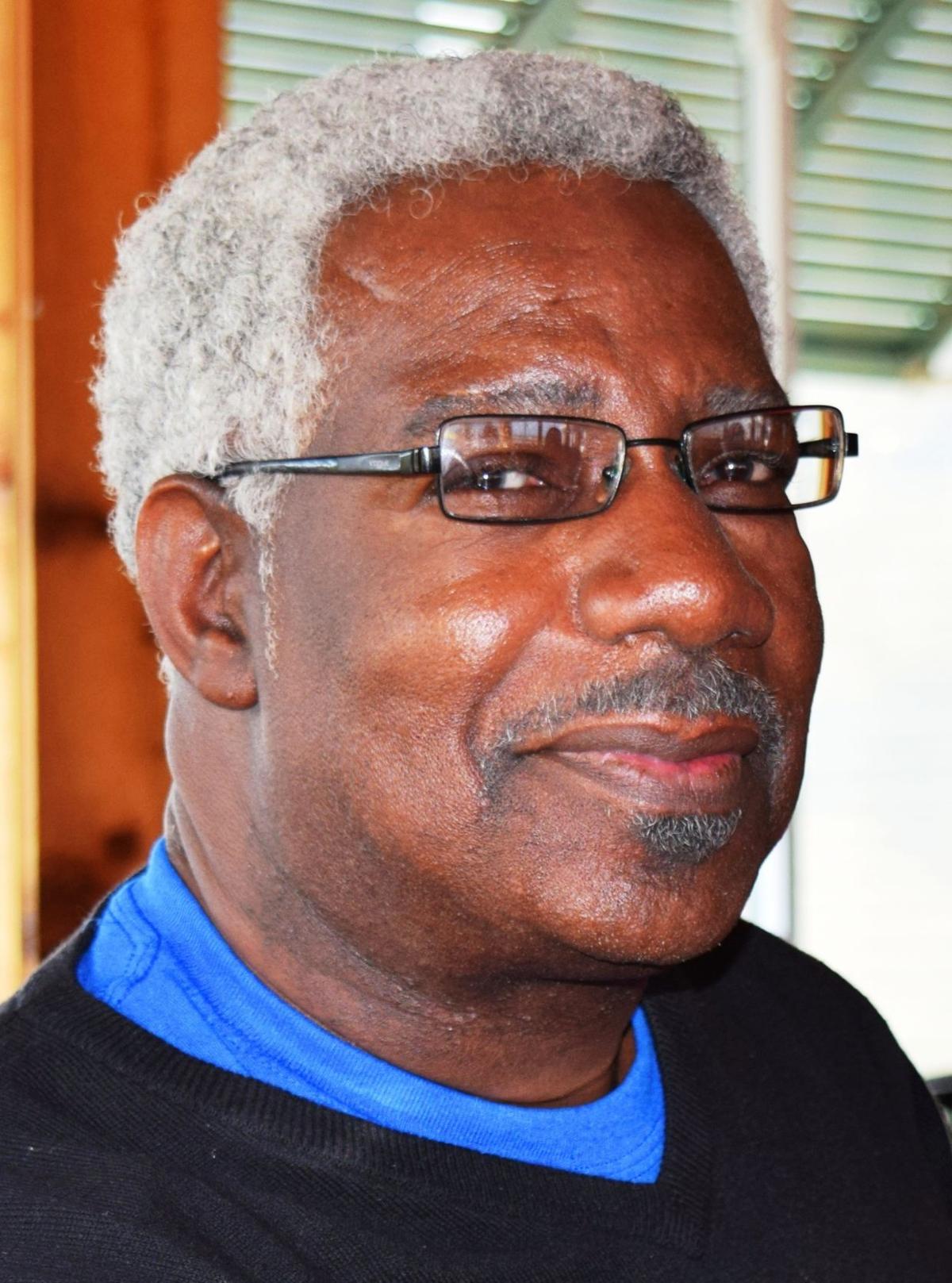 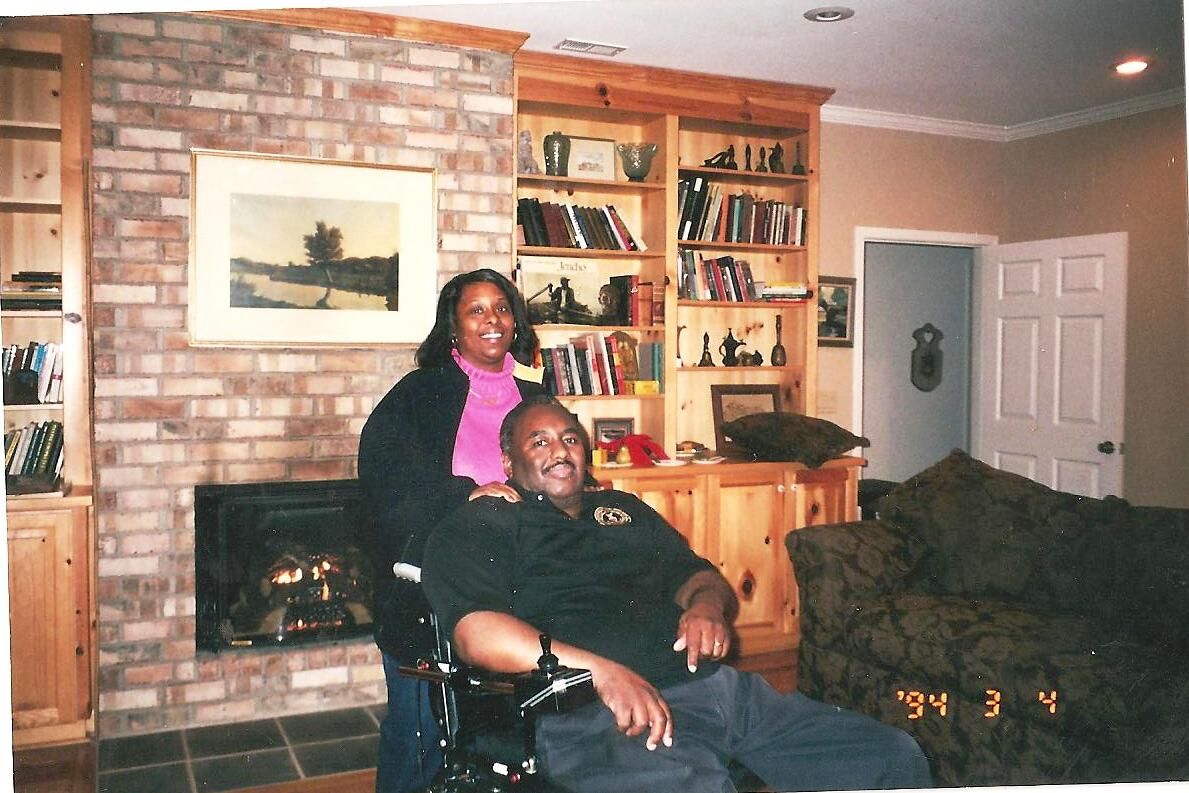 On July 26, 1990, Hughey Walker was asked to join President Bush and thousands of others in our nation’s capital to witness the signing of the landmark legislation - the ADA.

On July 26, 1990, Hughey Walker was asked to join President Bush and thousands of others in our nation’s capital to witness the signing of the landmark legislation - the ADA.

So you’re a democrat, a republican, a liberal, a conservative, a catholic, a protestant, a baptist, an immigrant, a “never-Trump er,” or a gun-toting, flag-waving, MAGA-hat wearing, American. But what do these labels really mean?

Most of us can readily identify with at least one of these labels. As we’ve witnessed lately, some are willing to go to jail or even lay down their lives in defense of their self-described identifications.

But a funny thing happens when we strongly align ourselves with these descriptions. We start out with narrowly defined identities only to develop into broader definitions that are not so cut and dry. A good example of this is the term — communist. For many years communist was a dirty word to most Americans, but today, not quite so much. The same sentiment can be said about the words Russia or socialist. A wise political leader once said, “there are no friends, and no enemies, just nation’s with mutual interests to ours.”

Likewise, when it comes to identity politics, I agree with Shakespeare, “nothing is good or bad, but thinking makes it so.” There are no right identities or wrong identities, just identities with mutual interests. Think of any controversial issue dear to your heart — be it immigration, abortion, racial quotas, Confederate monuments, interracial marriage, prayer in the schools, women in the pulpit, gender-neutral restrooms, or wearing masks — then take a position on it. I submit to you that sooner or later, your clearly-defined well-thought-out convictions will become more tolerable over time even if it’s infinitesimal.

When it comes to colleges, you may be a bleeding-heart liberal who strongly believe racial quotas are a necessary evil to leveling the playing fields for minorities. That is until your over-achieving son or daughter didn’t get accepted in the school. You may adamantly oppose the support of women’s rights groups, thinking you’ve pulled yourself up by your own bootstraps. Until the day you learn, you didn’t make a partnership in your prestigious law firm because you refused your superior’s sexual advances. You may believe in the purity and pedigree of single-race marriages and children until the day you learn your granddaughter is carrying the baby whose father is of another race. What are you gonna do, not love your beautiful great grand?

When we hold fast to our narrowly-defined political, racial, social, and religious identities, we stunt the growth of what the Founding Fathers called “A More Perfect Union.” Our Constitution is nothing at all, if not a living, breathing document capable of evolving. A good example of this is the Americans with Disabilities Act (ADA) that we’ll be celebrating this Sunday. Passed in 1990, the ADA was a major leap forward in the movement to assure the civil rights of all people. It made it illegal to discriminate based on disability. Our Constitution doesn’t say anything specifically about disabilities, but it was constructed in a way that allows for expansion – particularly the 14th Amendment.

Before the ADA, it was rare to see a person with a disability out in the community. “You never knew if a building would be accessible,” said a disabled individual. Reflecting on what life was like before the ADA, she went on to say, “my husband and I decided to use a coupon and go to the new neighborhood Chinese restaurant. We phoned to make reservations, and at the end of that conversation, I casually mentioned that I’d be bringing my guide dog. Well, said the voice on the other end of the line, we don’t allow dogs here. But it’s a guide dog, you know, a seeing-eye I dog, I said. Well, we don’t allow dogs here, so you have to leave the dog home.”

Another disabled citizen recalled a job interview she once had. “I had a great resume. My guide dog and I confidently walked into the office of a place that was hiring. I handed the interviewer my paperwork, and he barely glanced at it before he said, how did you get dressed this morning? I instantly knew they weren’t going to hire me. He was so enamored that a blind person could look presentable that he couldn’t think about qualifications or anything else.”

This blatant discrimination reached far beyond stores and restaurants into real estate purchases, rentals, banking, and education. It wasn’t always an outright denial of services. There were often physical barriers in place that created an uneven playing field for many people. Hospitals, banks, pharmacies, post offices, and the likes were not accessible to wheelchairs or people with limited mobility. Communication barriers prevented equal access to information, goods, and services for people who were blind or had a visual impairment.

People using wheelchairs who wanted to ride a bus or train would need to abandon their wheelchairs. Any place of employment could refuse to hire a person just because of his or her disability. A person with disabilities could legally be less paid less simply because of his or her disability, even if he or she was doing the same work as another person. Because the restrooms on trains were not accessible, people often had to wear precautionary diapers when they traveled.

Over the years, Congress has passed several laws attempting to level the playing field for disabled Americans, but the ADA was the granddaddy of them all.

Once relegated to the silent background, disabled Americans everywhere could now say to America — “our voices will no longer be muted.” The ADA was the most comprehensive and sweeping piece of legislation since the Voting Rights Act of 1965. Indeed, it was civil rights laws such as Brown versus Board of Education and its decision that school segregation is unconstitutional, which laid the groundwork for recognizing the rights of people with disabilities. Today more than 54 million Americans with disabilities, along with their families, neighbors, and communities — enjoy the benefits of the ADA.

The strength and activism of a community can help change the attitudes across society at large. Perceptions of disability and resulting treatment often intersect with other groups advocating for their civil and human rights. One example of this is the treatment of the LGBTQ community. Believe it or not, gay people were once considered disabled. There was no previous legal definition of disability, and homosexuality was considered a disease. Doctors send men and women to psychiatric hospitals for their sexual preference. Congressman John Lewis, a civil rights icon, and noted champion of rights for the LGBTQ community, considered gay rights an extension of civil rights.

For America to become “A More Perfect Union,” it’s critical that we shed our narrow labels with which we identify ourselves and be more tolerant of those who are seeking life, liberty, and the pursuit of happiness.

This is precisely what one of my heroes, the late great Hughey Walker, did. Raised in Georgetown, Hughey graduated from Choppee High School in 1965. Two years later, while fighting in the Vietnam war, he was wounded and paralyzed from the waist down.

Hughey Walker could have allowed his tragedy to become his identity, but Hughey was not like other men. He did not consider himself a victim. When others saw obstacles in their opportunities, Hughey saw opportunities in his obstacles. After an honorable discharge from the Army, having overcome so many obstacles, he worked tirelessly to help others overcome barriers. Whether it was improving schools, obtaining better access to public facilities, gaining equal opportunities, or fighting against blatant discrimination, Hughey became an uncompromising advocate for the disabled.

Growing up in Georgetown in the 50s and 60s, he was no stranger to discrimination, but his experience in Vietnam changed his point of view. Like most blacks, he understood the significance of Rosa Parks refusing to give up a seat and moved to the back of the bus. But one day, while protesting for the passage of the ADA, Hughey read a sign on the back of a wheelchair of a disabled protester that read — “I can’t even get to the back of the bus.” The sign resonated with Hughey as he recalled the words of Dr. King — “injustice anywhere is a threat to justice everywhere.” No, Hughey did not give up his black card and don a MAGA hat.

Using all the vim, vigor, and vitality he could muster up, he wrote letters, made telephone calls, and met with prominent politicians in Washington DC advocating for the passing of the ADA. Finally, on July 26, 1990, Hughey was asked to join President Bush and thousands of others in our nation’s capital to witness the signing of the landmark legislation — the ADA. It was one of the proudest moments of his life.

This week you’re going to be hearing a lot about the ADA, and you’re going to hear a lot about John Lewis and CT Vivian, two civil rights icons, But let us not forget Georgetown Hughey Walker. He dedicated his life to helping others overcome barriers.

Life is better now for millions of Americans because people like Judge Hughey Walker set out to make a difference, set out to be the best that he could be.

Steve Williams is an award winning journalist who lives in Georgetown. His columns are published regularly in the Georgetown Times and South Strand News.