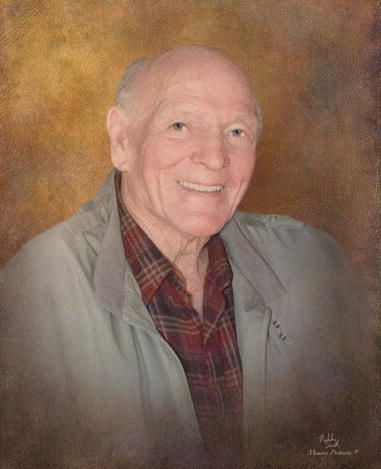 Born on October 9, 1951 in Brooklyn, New York, he was a son of the late James Lawrence “Larry” Jayroe, Sr. and the late Mary Margaret “Mickey” Colbert Jayroe.

Mr. Jayroe was a handy man that loved fishing and spending time outdoors. He enjoyed baseball and collecting baseball cards as well as watching movies. His favorite time was that spent with his family, especially his granddaughter, Mia.

In addition to his parents, he was predeceased by one brother, Robert Michael Jayroe, and an infant daughter, Mary Elizabeth Jayroe.

Online condolences may be sent to the family at www.grahamfuneralhome.org. Arrangements by Graham Funeral Home (843) 527-4419.

Kenneth Earl “Bo” Lawrimore, 66, of Hemingway, SC died on Tuesday, October 4, 2016 at his home surrounded by his brothers and close friends.

Affectionately known as “Bo”, he was born November 26, 1949 in Hemingway, SC, the third son of the late Joseph James Lawrimore and Rosa Parnell L. Harrelson.

He attended Pleasant Hill Schools and was owner of his own building construction company until his retirement. He enjoyed outdoor activities, living on the family farm, as well as spending time with family and friends.

He is survived by his brothers, Joseph Hoyt Lawrimore of Georgetown and Thomas James Lawrimore of McClellanville; a nephew, Timothy Lawrimore; and four nieces, Maegan Warford, Hayley Leland, Penny Phillips, and Jennifer Coulter; and special friends, Sidney and Susan Johnson.

He was predeceased by his wife, Carol Boyd Lawrimore, and a son, Paul Lawrimore.

Memorials may be made to Tidelands Community Hospice at 2591 N. Fraser Street, Georgetown, SC 29440.

Online condolences may be sent to the family at www.grahamfuneralhome.org. Arrangements by Graham Funeral Home 9843) 527-4419.

Raymond Thomas “Sam” Leach, 88, of Murrell’s Inlet, SC went to be with Our Lord, and join his beloved wife, Janet in eternal rest on 8 October, 2016.

Sam was born and raised in Lewistown, PA, where he was a proud and founding member of the Rolling Rock Athletic Club. Sam proudly served in the United States Navy during WWII, and met the love of his life, Janet Lou “Weege” Naugle, when he returned home after the war. They married and moved to Dauphin, PA where they raised a family before retiring to Myrtle Beach, SC in 1979. Sam worked for 15 years at the Conway Piggly Wiggly, and another 20 years at the Kroger in Garden City.

He was a number 1 fan of The Andy Griffith Show, and a master of Mayberry RFD trivia. He never gave up on his Pittsburgh Panthers College team.

Sam is predeceased by his wife, Janet Lou; and his parents, Paul and Jeannette Kline Leach of Lewistown, PA. He is survived by his children Jill R Smith; son Gerald and his wife Kathleen; daughters Julie Leach Pinckney, Jennifer Leach Shelton and her husband Robert; grandson Austin Pinckney; and granddaughter Celeste Smith.

Sam and Janet were members of the Medical University of South Carolina Anatomical Gift Program.

A Catholic mass will be held in his honor at St. Michaels Catholic church in Garden City, SC on February 25, 2017 at 6 PM.

Donations in Sam’s honor may be made to the Saint Michael’s Catholic Church in Garden City, SC where he and Janet were members, or to the Alzheimer’s Association.

Born on July 10, 1929, in Prospect, he was a son of the late John Thomas Matthews and the late Eva Irene McAlister Matthews. Mr. Matthews was a member of Ringel Heights Baptist Church where he served as a deacon, and choir member as well as a member of the Men’s Brotherhood and the Adult Sunday School class. Mr. Matthews loved ministering to others, and for more than 25 years he taught Sunday School at South Island Assisted Living. He enjoyed farming, gardening, music, playing the piano and singing.

Funeral Services will be held at 11 AM Saturday, October 22, 2016 at Ringel Heights Baptist Church with Rev. Kenny Johnson and Rev. Roger Ard officiating. Burial will follow in Pennyroyal Memorial Gardens.

The family will receive friends from 6-8 PM Friday at Ringel Heights Baptist Church and other times at the home of his daughter, Charlene Jordan.

In lieu of flowers, memorials may be made to Ringel Heights Baptist Church, 78 Rubin Ave. Georgetown, SC 29440 or to the charity of one’s choice.

The Matthews family would like to extend their sincere gratitude to Tidelands Community Hospice for the loving care they provided to Mr. Matthews.