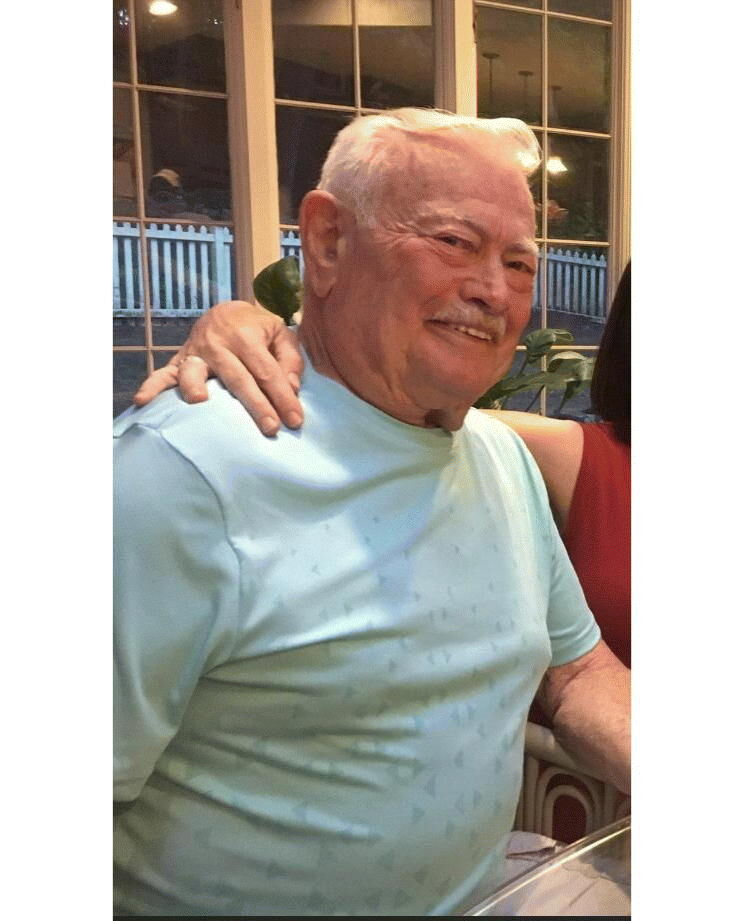 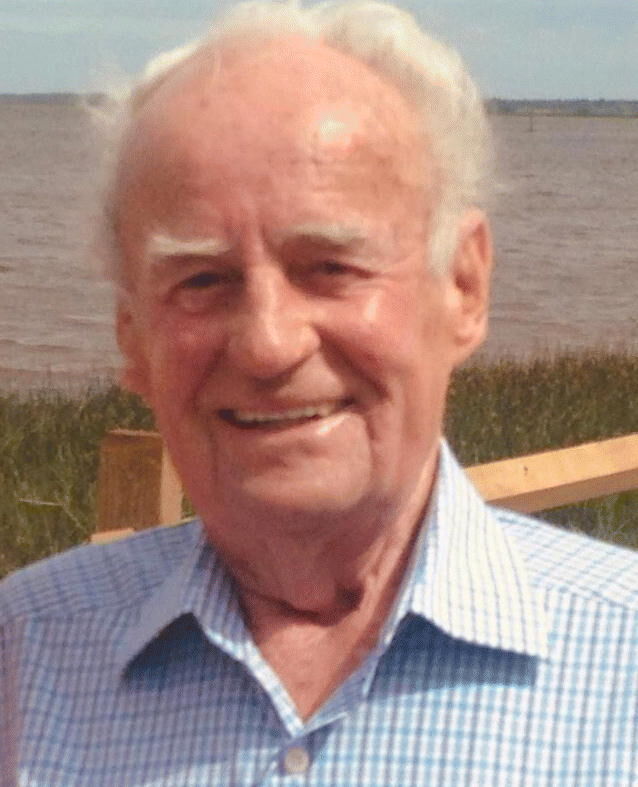 Dexter Owens Floyd, Jr., 84, passed away November 16, 2020, at home surrounded by his friends and family. A Mass of Christian Burial, officiated by Father Michel Bineen Mukad, was held on Nov. 24, 2020 in St. Mary's Our Lady of Ransom Catholic Church. Entombment with military honors, directed by Graham funeral home, followed at the Pennyroyal Memorial Gardens.

Born in Andrews, SC on Aug. 20, 1936, he was a son of the late Dexter Owens Floyd, Sr. and the late Ruth Benton Floyd. Mr. Floyd was a United States Marine and served three tours of duty during the Vietnam War. After retiring from the military, he worked for Square D Electrical Manufacturing, where he retired as foreman. Mr. Floyd was a member of the VFW and Knights of Columbus, where he received his Cloak of Honor.

In his leisure, Mr. Floyd enjoyed spending time with friends and family on his boat.

Online condolences may be sent to the family at www.grahamfuneralhome.org. Arrangements by Graham Funeral Home (843) 527-4419.

Dorothy Osborne Cantley, 73, the beloved wife of Elbert Cantley, finished her earthly race and after being greeted by her waiting loved ones she took her place in the Celestial Heavenly Choir on Monday evening, Nov. 9, 2020 at McLeods Regional Medical Center, Florence, SC.

Mrs. Cantley was born the daughter of Weldon Ernest Osborne and Eleanor Pauline Holladay Osborne on Feb. 21, 1947, in Kingstree, S.C. She was born the 2nd child of 5 siblings; Ernest, Patsy, Nancy, and Kathy. She was a 1965 graduate of Hebron High School. Her life was fulfilled as she completely and selfishly gave all to her God, family, and friends. She and her sisters used the musical gifts as they sang together for many church services and revivals. She was a faithful member and diligent worker of the Bloomingvale Baptist Church where as over the years she has served in the sanctuary choir, the Women's Mission Union, as the Sunday School director and a SS teacher, and numerous church committees and events. She has cooked meals and co-hosted events for the many church families such as annual Homecomings, wedding and baby showers, and funeral meals. She was the epitome of a Southern lady committed to making her house a home for all who entered, having her best appearance adorned by her radiant smile, and most importantly always being a devoted wife, mother, and grandmother whose arms was a place of love and shelter for her husband, children, and family. Ms. Dorothy Cantley leaves a legacy that is fully filled by the words of I Corinthians 13, "Love bears all things, believes all things, hopes all things, endures all things. Love never fails." She loved.

Dorothy and Elbert were married August 28, 1965 and celebrated 55 years together. Their home was blessed with two daughters: Kelly Cox (Chris) and Karla McKenzie (Louie); and nine grandchildren, Jonathan, Katie, Emily, Harrelson, Walker, Riley, Reese, Ella, and Ava. She is also survived by: her siblings, Nancy Morris (Cleve) and Kathy Timmons (James); her In-laws, Flora and Laverne Cantley, Charles Cantley, David and Janice Cantley, Joe and Ann Cantley, Linda and Larry Howard, and Michael and Sandra Cantley; and a large number of nieces and nephews. She is predeceased by her parents; a brother, Ernest; and a sister, Patsy.

Mrs. Howard was born the daughter of William James Hartley and Lillie Vymenner Springs Hartley on April 17, 1949 in Williamsburg County. She was born the 3rd of five siblings: Lillie Christine H. Gailey, William "Tommy" Bennett Hartley (Sherry), Calvin L. Hartley (Linda), and Joey "Pete" Edell Hartley (Carla). She was a 1968 graduate of Macedonia High School. She was a faithful member for over 40 years of the Six Mile Crossing Church of God where over the years she served as president of the Ladies Auxiliary; taught Sunday School; and her greatest pride and enjoyment was decorating for Home Coming each year. She was a devoted wife, loving mother, cherished grandmother, caring sister, and a loyal friend. Her greatest pleasure was spending time with her family and she took great pride in loving, guiding, and caring for each one.

She is also survived by: her siblings, Calvin Hartley (Linda), and Joey Edell "Pete" Hartley (Carla); a sister-in-law, Sherry Hartley; and a number of nieces and nephews.

She was predeceased by: her parents; a sister, Lillie Christine Hartley-Gailey; and a brother, William B. "Tommy" Hartley

McKenzie Funeral Home is honored to serve the Howard family.

Mr. Shaw was born the son of Walter Leroy Shaw, Sr. and Marian Wall Shaw on July 9, 1930 in Marion. He was a graduate of Marion High School; received a Bachelor of Science Degree from Clemson University; and attended the School of Banking of the South at LSU. After 37 years, he retired as Vice President of the South Carolina National Bank. He was a faithful member of the First Baptist Church of Andrews where he served in numerous positions over the years such as: Sunday School Teacher, Choir Member, Deacon, Chairman of Deacons, Chairman of the Stewardship Committee, Chairman of the Building Committee, and a Trustee of the South Carolina Baptist Foundation. He served his community as a two-term member of the Georgetown County Planning Commission; and for 52 years as a member of the Lions Club holding positions as club secretary, club treasurer, and club president. He was a devoted husband, loving father, cherished grandfather, caring brother, and a loyal friend. As a man of great faith, who loved and faithfully served the Lord, he leaves behind a Godly heritage to all who knew him.

He is survived by: his wife, Sarah; two children, Rebecca Ann Shaw Esslinger (Bob) and Walter Leroy "Lee" Shaw, III (Tracy); and two grandchildren, Jim and Jordan Rose. He is also survived by: a sister, Marolyn Blanton (Jack), a number of nieces and nephews, and great-nieces and great-nephews.

He was predeceased by: his parents; his first wife, Joyce; a daughter, Nancy Rose Shaw; and a sister, Barbara Collins.

Memorials may be made to: First Baptist Church of Andrews, 6 North Rosemary Ave., Andrews, SC 29510.

McKenzie Funeral Home is honored to serve the Shaw family.

Linda L. Howard Moore, 69, the wife of Lavern Moore, finished her earthly race and after being greeted by her waiting loved ones she took her place in the Celestial Heavenly Choir on Thursday morning, Nov. 5, 2020 at Tidelands Georgetown Memorial Hospital.

Mrs. Moore was born the daughter of Theron Thomas Howard and Florence "Flossie" Swails Howard on August 21, 1951, in Georgetown, S.C. She was born the 3rd child of 5 siblings; Wayne, Vona, Michael, and Angela. She was a former employee of A-Z Janitorial Service and the owner of Flossie's Janitorial Service for many years. She loved yard sales and consignment shops; listening to country music especially Conway Twitty and Vince Gill; singing out the old "Red Back" Hymnal; and going to Gospel singings at the local churches. She and her family has attended the Antioch Pentecostal Holiness for many years especially since her loving nephew, Rev. Jeff Goude, became their pastor. She loved her fur-baby, Cupcake. She was a Southern lady committed to making her house a home for all who entered and a devoted wife, mother, and "Mamie" whose arms was a place of love and shelter for her husband, children, and family.

She is also survived by: her siblings, Vona Graham (Gary), Michael Howard (Donna), and Angela Gunter; her In-laws, Bobby and Diane Moore, Arthur "Rat" and Peggy Moore, Herbert and Desi Moore, Patsy and Keith Lockliear, Linnie and Bubbie Wilson, and Vickie and Freddie Martin; and a large number of nieces and nephews.

She is predeceased by her parents; a daughter, Denise; a brother, Wayne; and her in-laws, EJ Moore, Inell and Rev. Arthur Goude, Sandra and John Howard, and Judy Moore, and Dorothy Jordan.

McKenzie Funeral Home is honored to serve the Howard-Moore family.

Donald Christopher "Chris" Yarborough, 49, a loving father and the beloved son of Donald Yarborough and Jessie "Annie" Yarborough, departed this life on Oct. 30, 2020.

Mr. Yarborough was born September 26, 1971 in Georgetown, SC. He was a 1989 Graduate of Pleasant Hill High School. He was a Superintendent for the Gregory Electrical Company. Chris was an avid hunter and fisherman, was a gifted artist in drawing and painting, was passionate music lover, and a skilled restorer and collector of antique Ford Mustang cars. His greatest love was his family and friends as he spent every possible moment with his children and many evenings grilling meals for the family and friends.

He leaves behind his parents; his heartbeat - his four sons: Mason Yarborough, Emerson Yarborough, Corbin Yarborough, and Bryce Blackburn; a sister, Jessica (Alan) McElveen; two nephews, Coleman and Nicholas; and a number of aunts, uncles, and cousins.

McKenzie Funeral Home is honored to serve the Yarborough family.

Born on July 16, 1934, he was the son of the late Ralph Deutsch and the late Gladys Deutsch. Mr. Deutsch was a member of the Lions Club and was an avid tennis player, playing with the men's league of the Heritage Golf Club.

He was preceded in death by a sister, Audrey Deutsch; and a brother, Ralph Deutsch.

A celebration of life will be held at a later date.