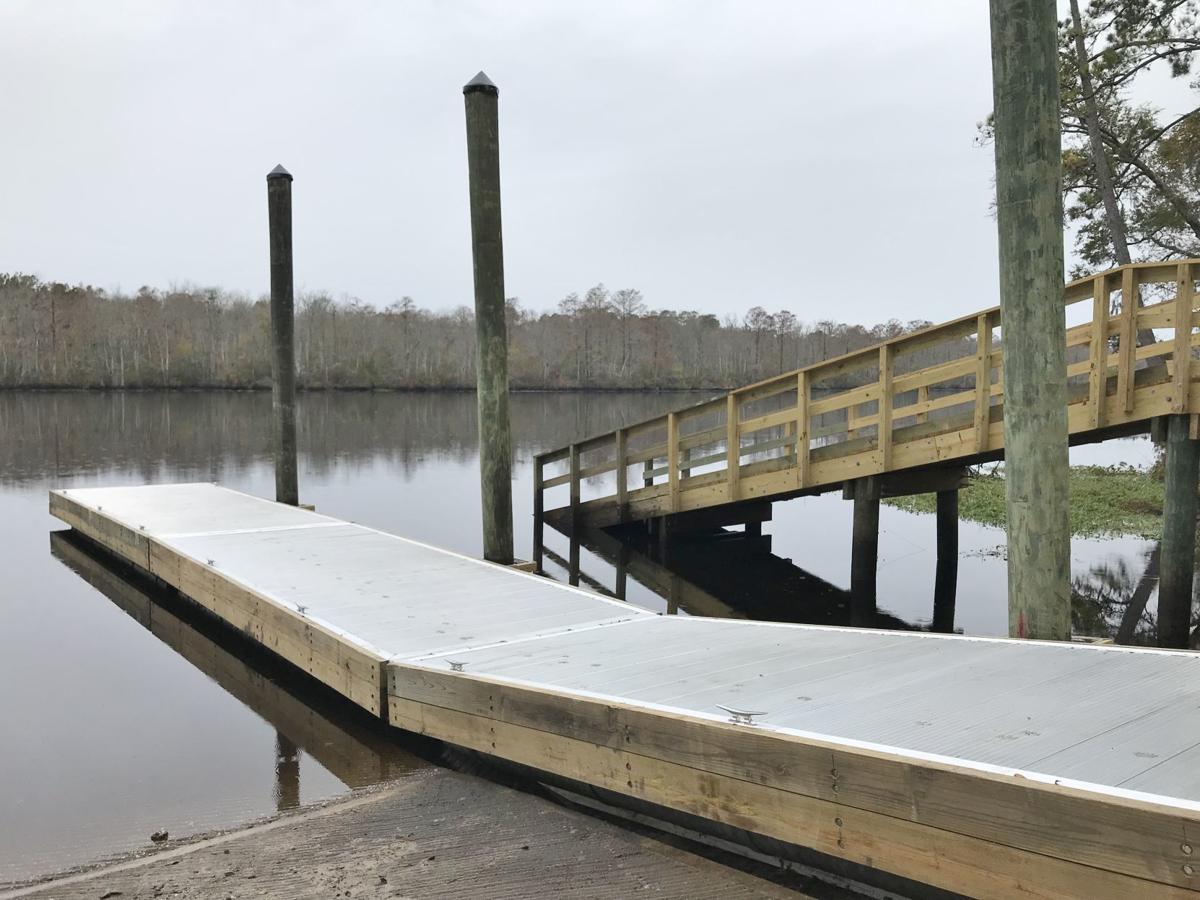 A new boat landing and kayak launch have been installed at Rocky Point Landing in the Choppee area. The site officially reopened to the public Dec. 1. 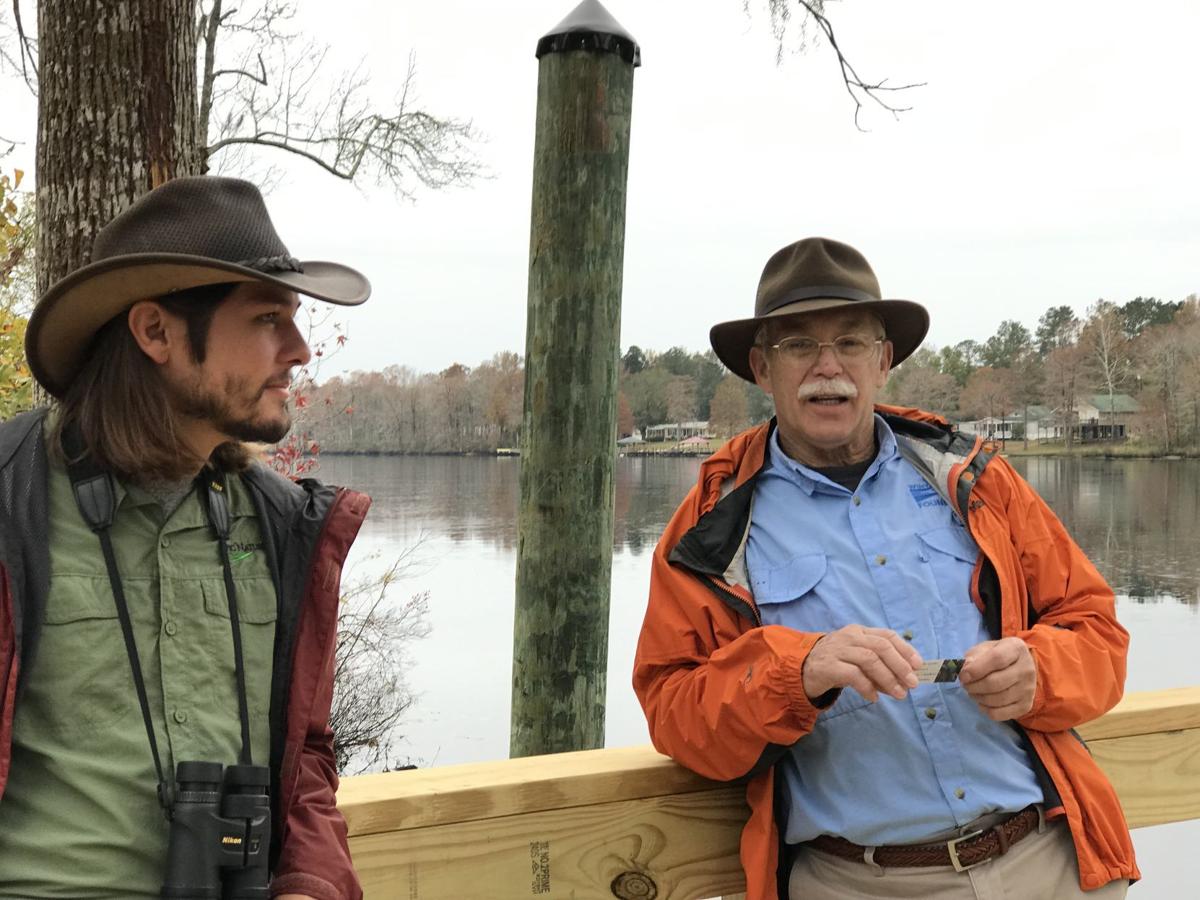 A new boat landing and kayak launch have been installed at Rocky Point Landing in the Choppee area. The site officially reopened to the public Dec. 1.

Leaders representing the partnership of Georgetown County Parks and Recreation, The Nature Conservancy, Winyah Rivers Foundation, and the Open Space Institute stood on the steps of the newly-constructed kayak launch to cut the ceremonial red ribbon.

Georgetown County Administrator Sel Hemingway thanked all of those involved for their hard work including the county's Public Service Department, the state Department of Natural Resources and the Forestry Commission. “We are excited that the reality is finally here and the facility is open and is usable. We invite you to use it as often as possible,” stated Hemingway, further pointing out the advantages the Black River Landing offered due to its location. “This was important in getting back reopened not only for the landings but for the use of the property. We look forward to many, many years of enjoyment and expanding the offerings we have here in our community forest.”

“We are super-excited to have these gates opened today,” said Boyer.

Winyah Rivers Foundation President Ron Hartman was also on hand to answer questions and share information about the nearby Coachman cemetery, the new adjacent boat launch and the abundance of broad-leaved trees.

“There’s a lot going on with conservation and recreation along the river,” said Maria Whitehead of the Open Space Institute who took a moment to introduce Michelle Lewis of the Scenic River Advisory Council. “This river has over 12,000 acres of protected land and plans for more properties to come up for public use and public access. There’s a lot of synergy and a lot of excitement. This is the first piece in the puzzle of a much larger conservation and recreation for the Black River.”

Whitehead was accompanied by Dr. David Bishop, Coastal and Midlands Conservation Director of the Nature Conservancy who called the area “a great example of a public access project” and expressed his gratitude to the South Carolina Conservation Bank. “It couldn’t have been done without them,” he said.

Videographer Hugo Krispyn from the stewardship group Friends of the Edisto (FRED) was also introduced and commended for a video that he is completing about Rocky Point and its meaning. “I think it’s a great example of how a lot of people working together can do things that no one group can do by themselves,” noted Krispyn. “ I think it vindicates the decision of the South Carolina legislature to reauthorize the conservation bank when that was in question in the past legislative years.”

Outdoor enthusiasts from the Horry County Chapter of Wildlife Action Incorporated were also in attendance. Members Michael Holley, Johnny Goebel, Brian Koller drove together from Conway to show their support for the partnership’s responsible use of natural resources.

“I read about this in a magazine months ago,” said Goebel, “and said I’d sure like to go to that. Mike’s a fisherman and a boater and Bryan likes the outdoors. We like the river and we like the woods so we thought we’d come and check it out.”

All three men said they’d be back when the weather warms up.

Johnny Ray Bass lingered afterward with Parks and Recreation Commissioner Mark Avant to discuss his past efforts to keep the area clean. Both men had been familiar with the area as children when people picnicked and camped with their families and both look forward to returning to the setting now that it is accessible again.

“It was just like a regular park,” Bass reminisced of the days when he brought his children. “I got three grand young’uns and they've never been down here. I wanna’ see them come down here and enjoy themselves,” said Bass.

“As springtime gets here, I expect this to be heavily used,” Avant said, explaining how the long drive to Browns Ferry will be alleviated for many recreationists.

“I even see come 4th of July, this place is gonna’ be packed. People are going to camp. People will set up with campers and tents. No doubt about it—it’s gonna’ happen.”

“They’ll be linin’ up down that dirt road,” Bass said.

Mark Todd and friend Janice Morris returned from their cemetery walk just in time to share their memories of Rocky Point Landing. “We used to come and cook and swim or waterski. We had family reunions here and at Browns Ferry,” said Todd, recalling the days before the access road was closed in 2007. “I almost brought my whaler today to launch, but I was afraid with the weather,” said the avid boater and fisherman, feeling the 60-degree morning through the mist of rain. “We had wanted to put in and cruise to Georgetown and back. We keep a boat at Georgetown landing too.”

“We had this date on our calendar for a long time. Mark’s been looking forward to this,” said Morris, “he’s always talkin’ about how much he enjoyed this place when he was in his teenage years.”

“And college years — in fact during college, a lot of my college friends would come for the weekend and we had fish fries up here, said Todd, 49, reliving the memories.

“We just like nature,” said Morris, anticipating many more.