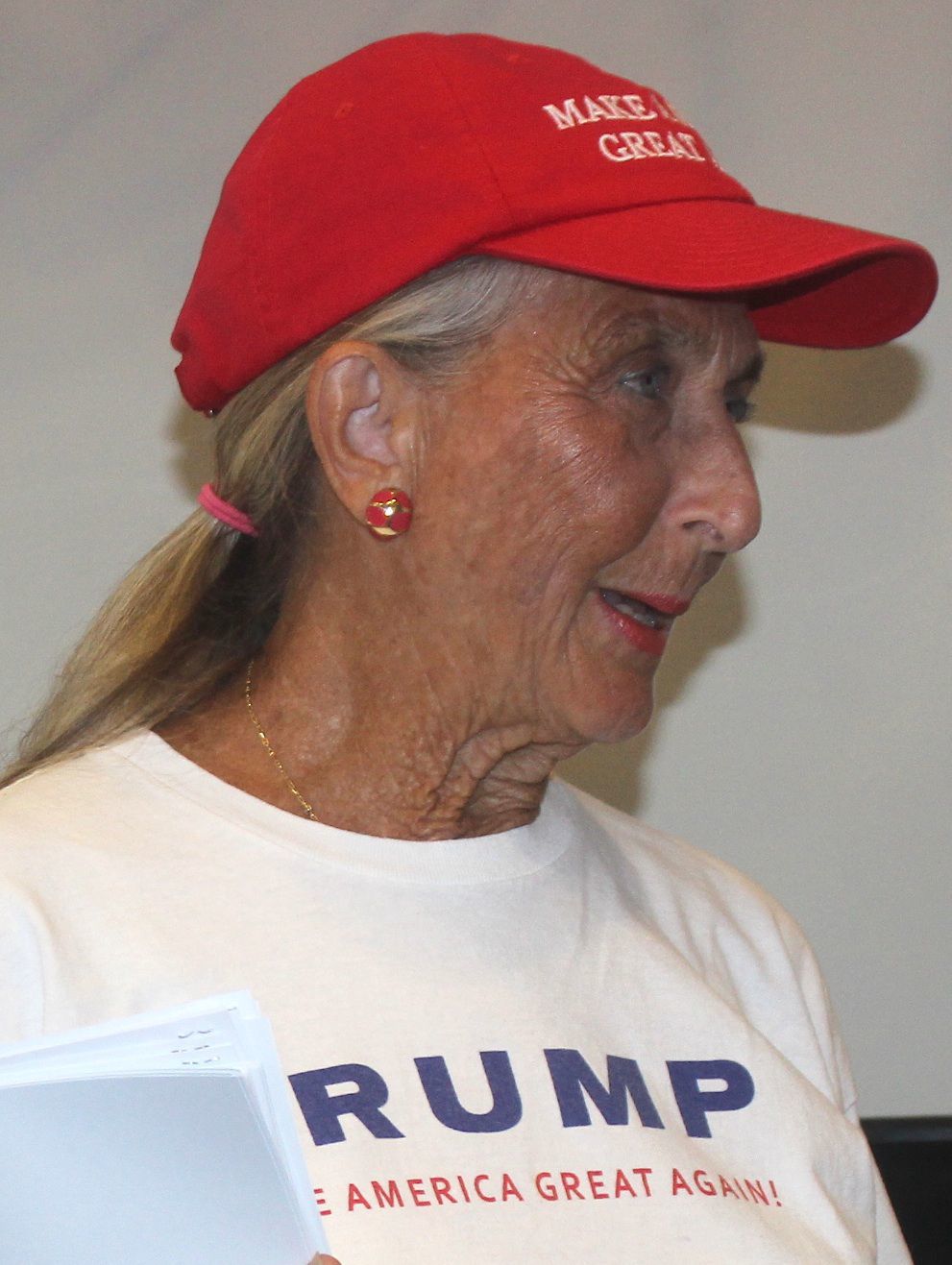 Marlajean Hamby attended the Aug. 22 event and calls herself a "Trumplican." 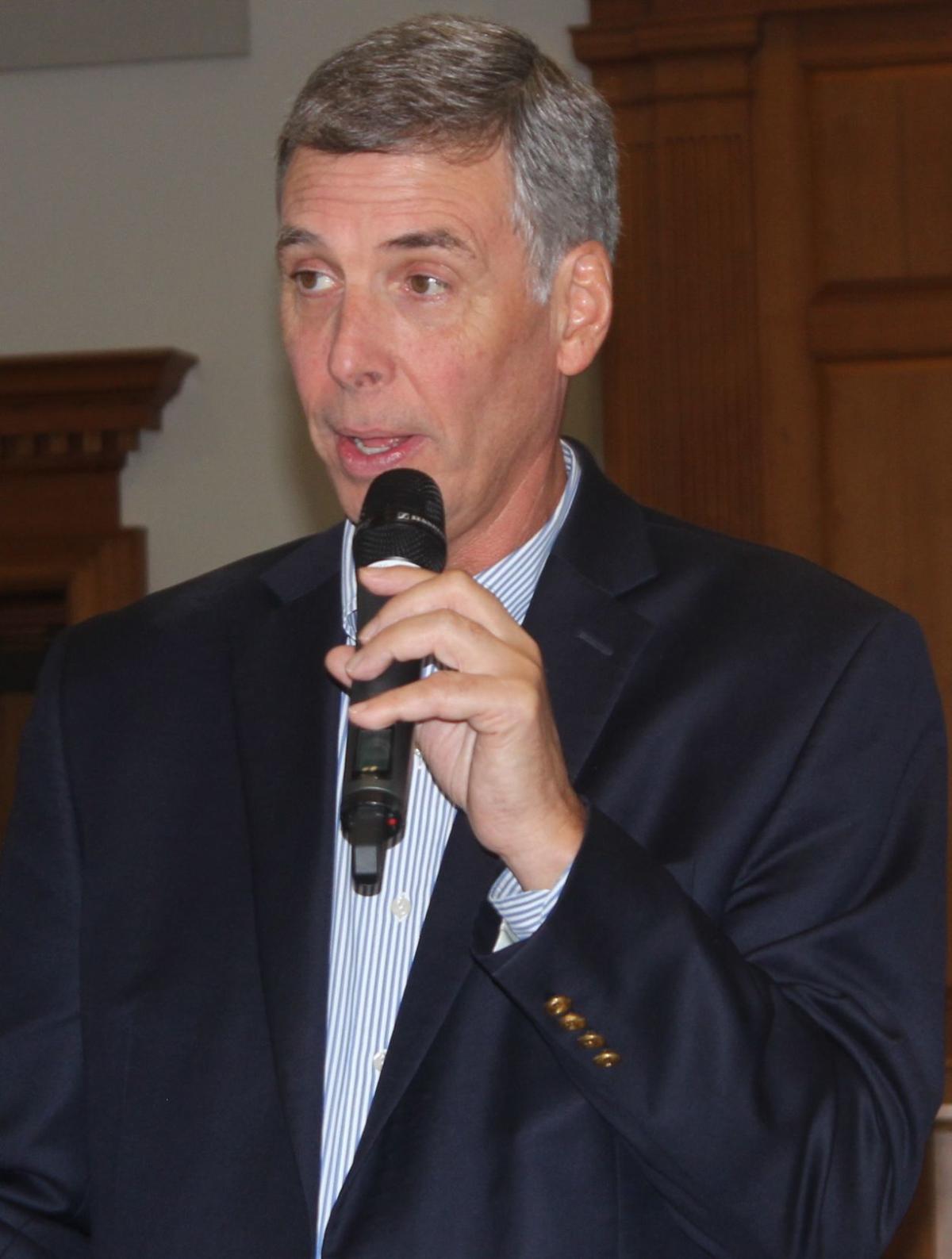 U.S. Rep. Tom Rice speaks during an Aug. 22 Coffee with your Congressman event in Georgetown.

Marlajean Hamby attended the Aug. 22 event and calls herself a "Trumplican."

U.S. Rep. Tom Rice speaks during an Aug. 22 Coffee with your Congressman event in Georgetown.

About 80 people filled the Georgetown County Council chambers on Tuesday, Aug. 22, to give U.S. Rep. Tom Rice their opinions on items ranging from soil drilling off the coast of South Carolina to health care, Social Security and the war in Afghanistan.

And the constituents did not hold back during Rice’s Coffee with your Congressman event.

Rice represents South Carolina's 7th Congressional District which spans from the North Carolina line down to coastal Georgetown County line. Before Rice arrived, many in the crowd were staking out their seats and chatting about why they were there, and what they expected to hear from Rice.

“I’m a ‘Trumplican,’” said Marlajean Hamby of Pawleys Island. She was sporting a “Make America Great Again” T-shirt and hat, and handing out copies of David Prentice’s article titled “Trump’s Unintended Consequences: The Republican Party Reveals Itself.” Hamby said she downloaded the literature from the American Thinker website.

“I want to know if Representative Rice stands with Mick Mulvaney and Donald Trump or whether he’s on the side of (House Speaker Paul) Ryan and (Senate Majority Leader Mitch) McConnell,” said Hamby.

For Bill Doar, the issue was closer to home: oil drilling off the Atlantic Coast.

“In 1970 or ’71, I went out to Santa Barbara after that oil spill out there, and the beaches, even though it had been a year, 18 months, maybe two years, and those beaches were still a mess,” Doar said. “And those of us who love Pawleys Island we do not want any offshore drilling.”

Rice has gone on the record as opposing offshore drilling in the Atlantic..

Wesley Gibson’s comments on health care were personal. He told the story of his granddaughter, who has been diagnosed with sickle cell anemia.

“If not for Medicaid,” Gibson said, “she would be dead.”

Gibson said that his granddaughter’s medical bills have totaled more than $200,000. “My daughter would not be able to pay that,” Gibson said.

Jim Hughes thanked Rice for his stance on condemning white supremacists in Charlottesville, Virginia, but then asked Rice about reaching out to the other side of the aisle at U.S. Capitol in Washington.

“When your boss, Mr. Ryan, goes after Social Security and Medicare, I want to know whether you will stand with Ryan or with us,” Hughes said.

Rice quickly responded by saying Ryan is not his boss.

“This country was rooted in compromise, and while we have 52 Republicans in the Senate, it takes 60 votes to get things through,” he said, noting that two proposals to fix Social Security, one by a Democrat, one by a Republican have been introduced but he didn’t have much hope either would “see the light of day.”

Rice said he hopes to introduce his own bill, which would raise the retirement age over the next 20 years, raise the payroll tax base and change the CPI that would fix Social Security for 75 years.

The congressman also informed his constituents about his accomplishments in bringing beach renourishment to the area, breaking ground on the inland port at Dillon which supports transporting cargo from the Port of Charleston by rail and the fact that he is No. 13 in hosting coffees similar to the one he held in Georgetown for his constituents.