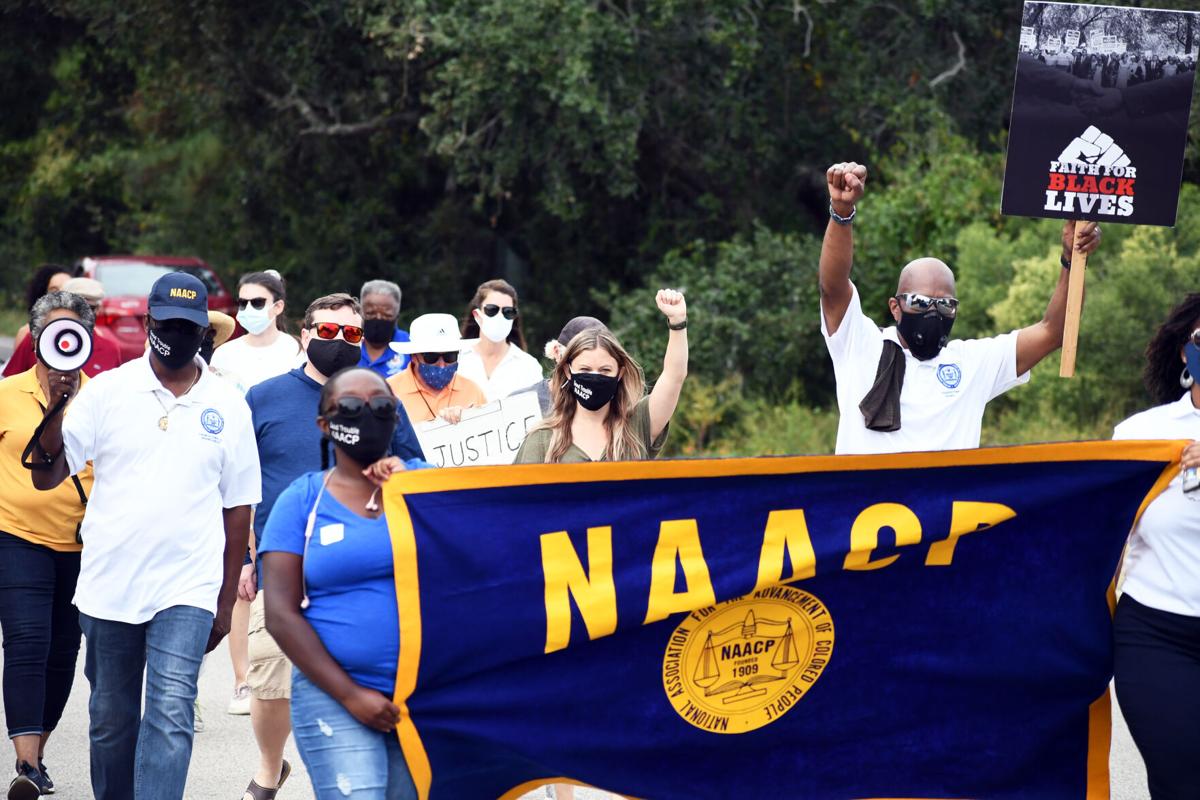 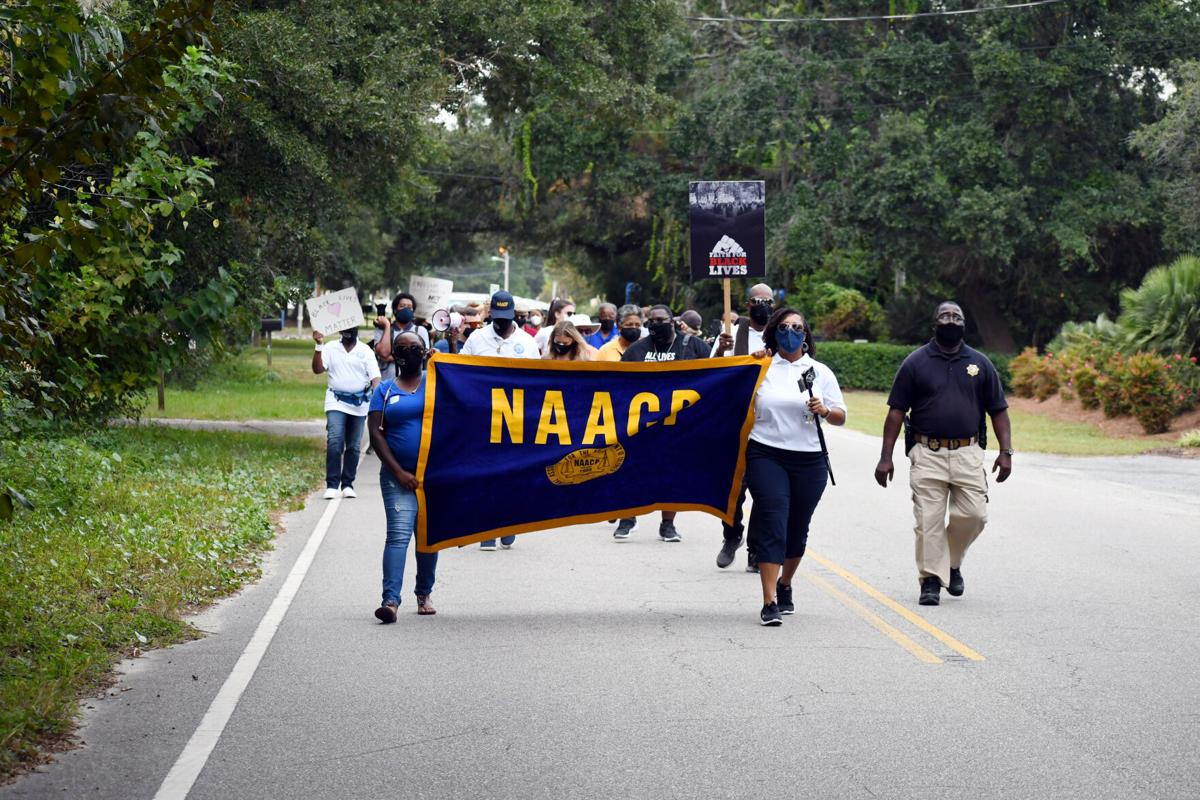 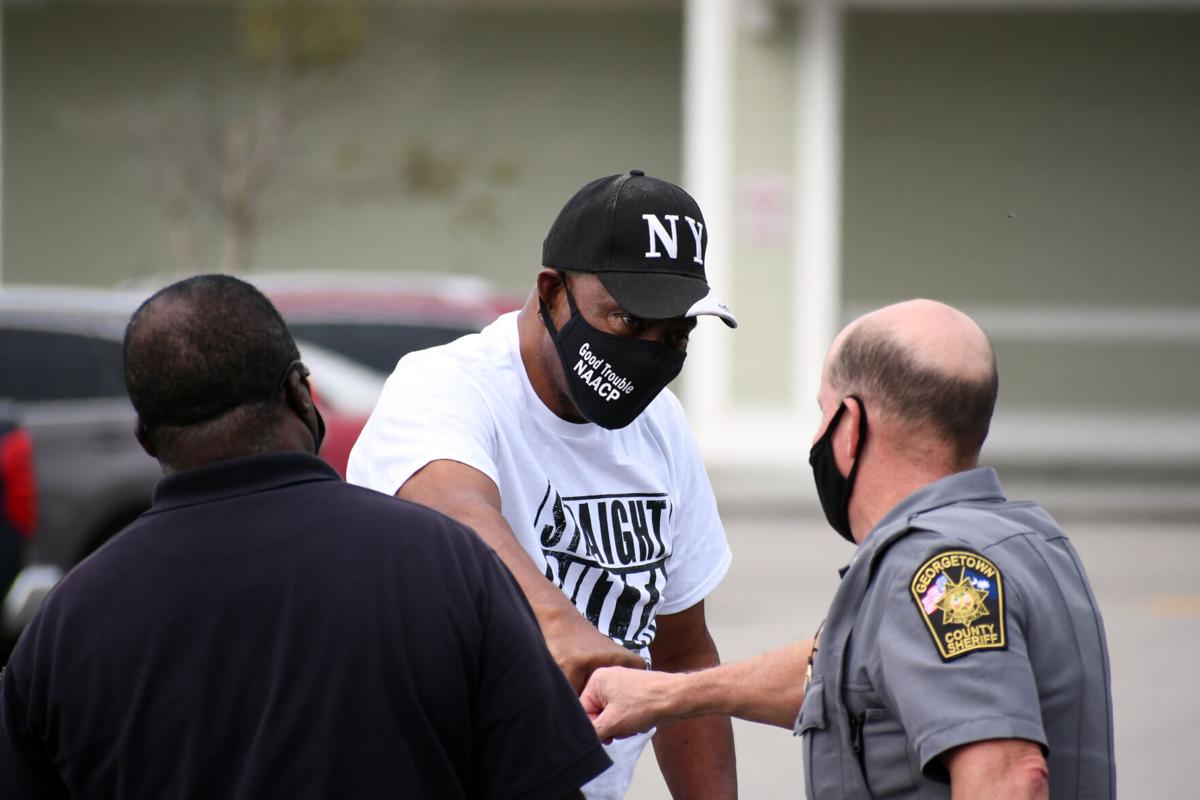 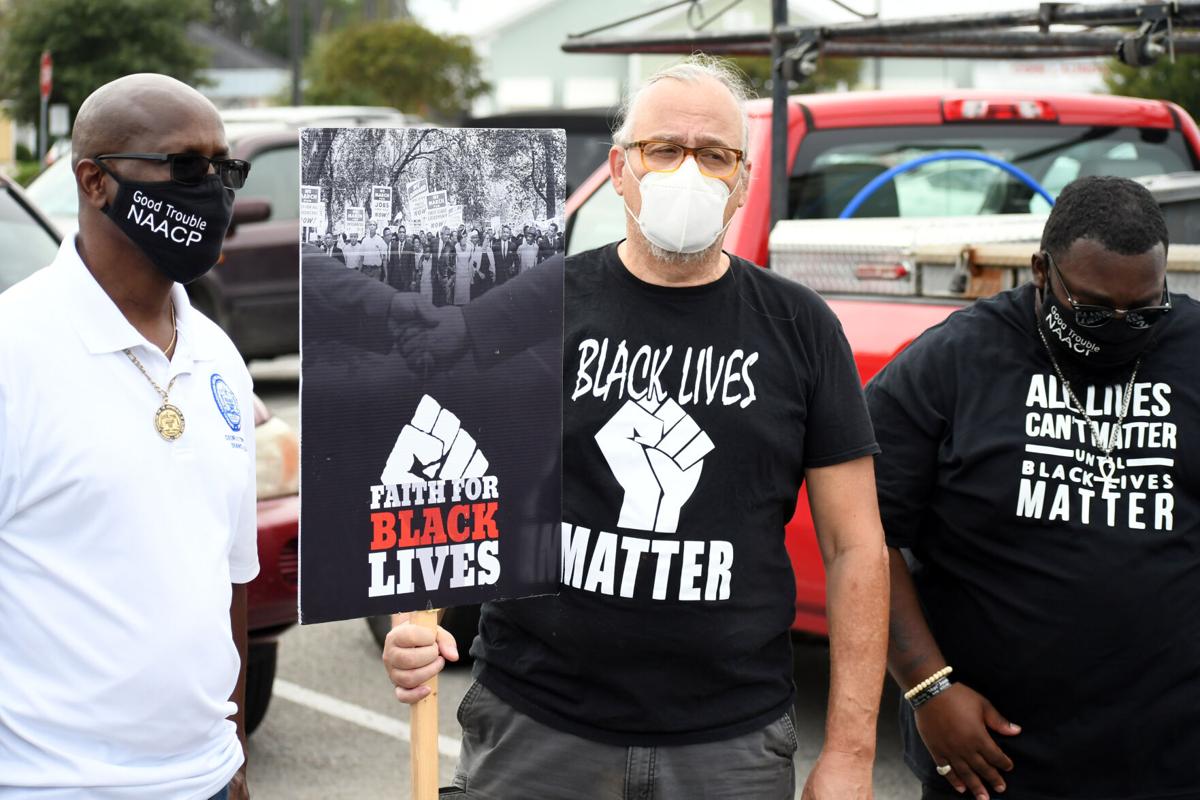 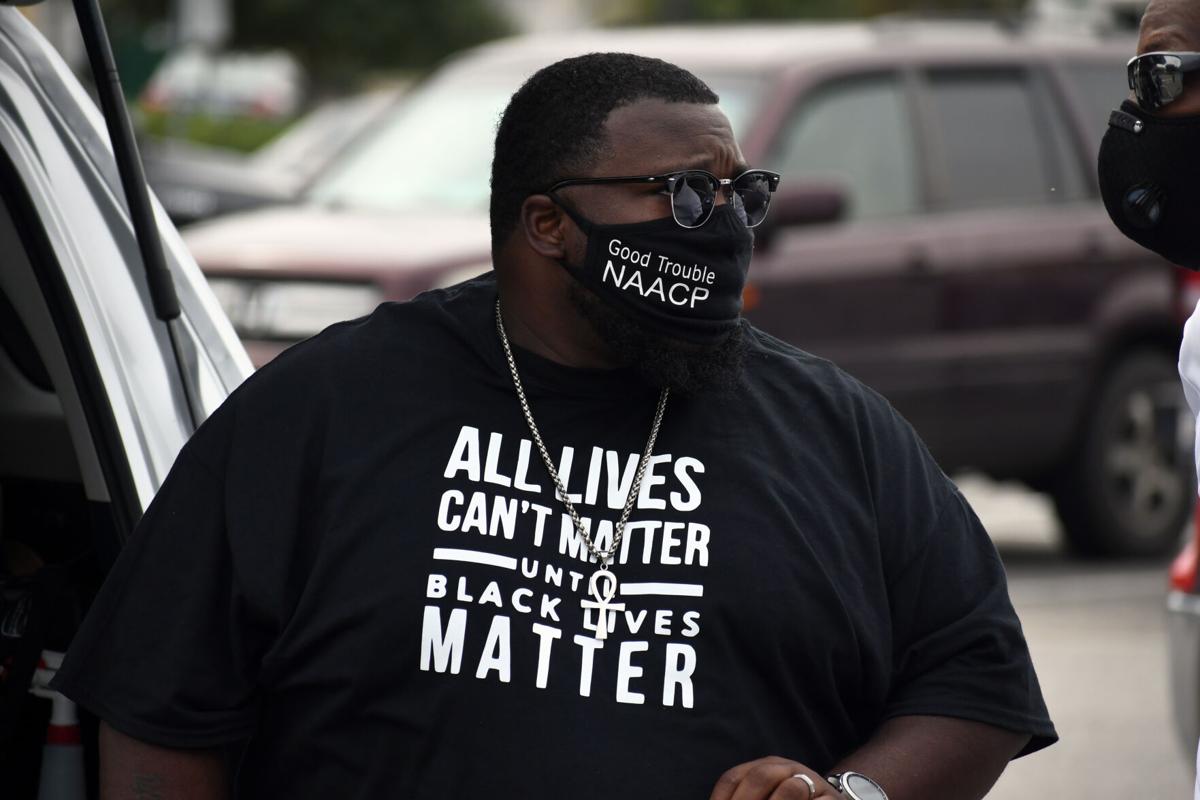 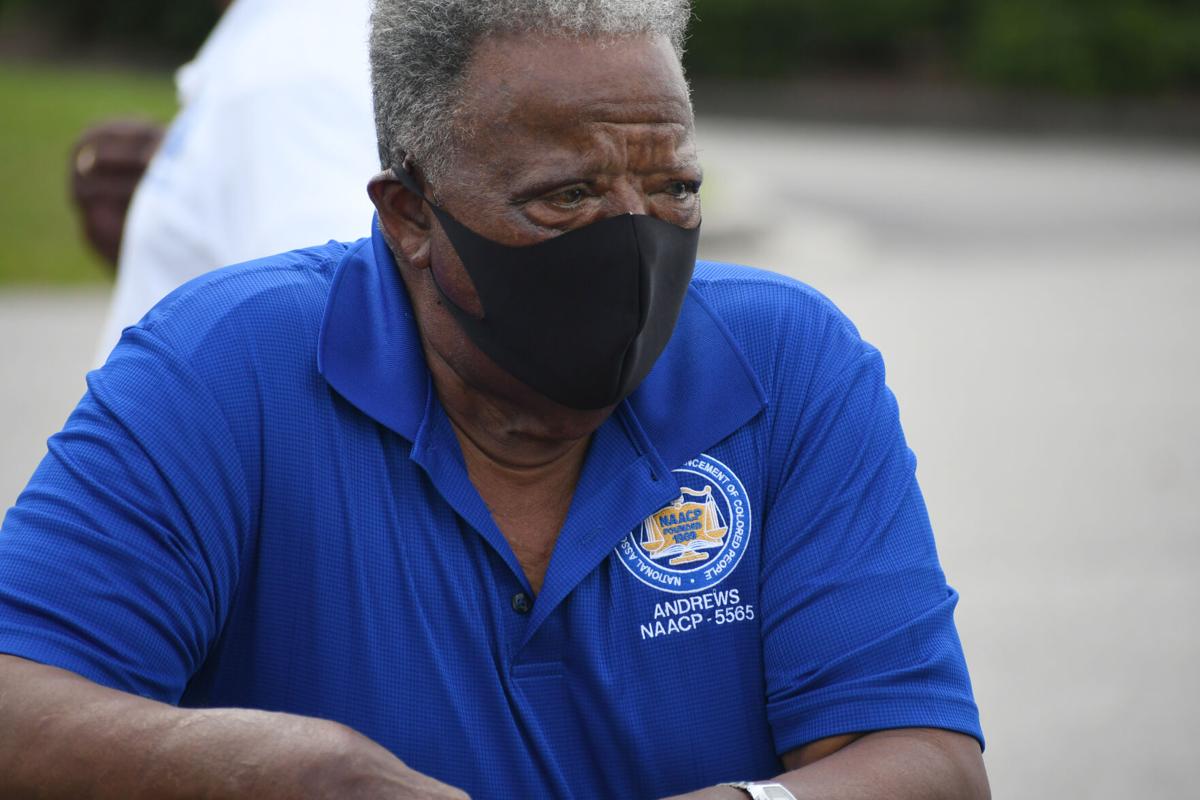 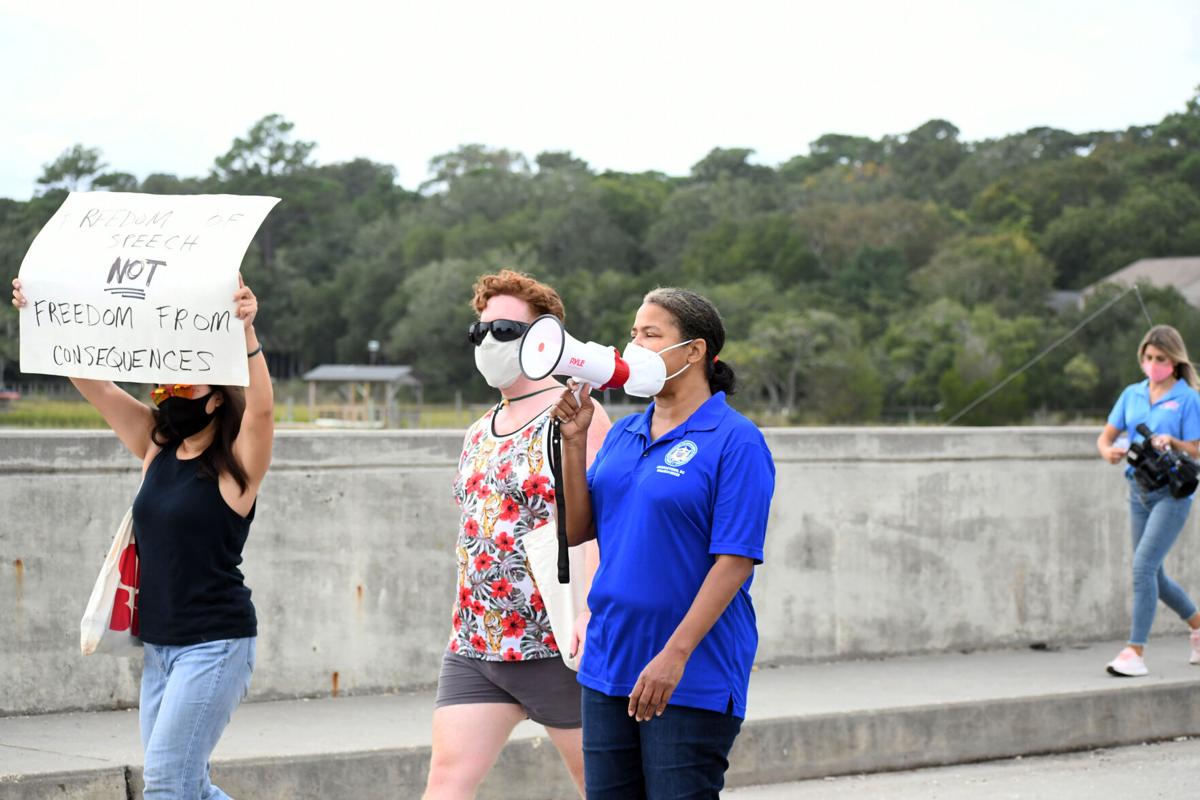 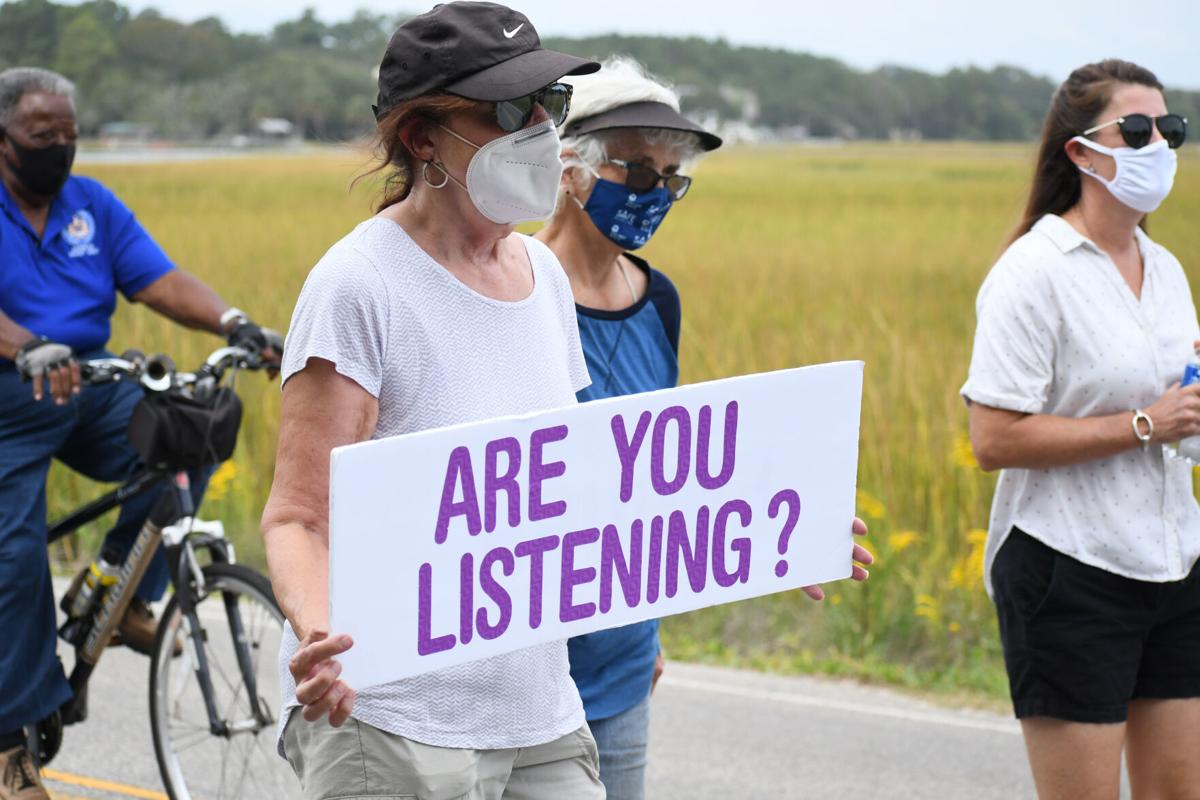 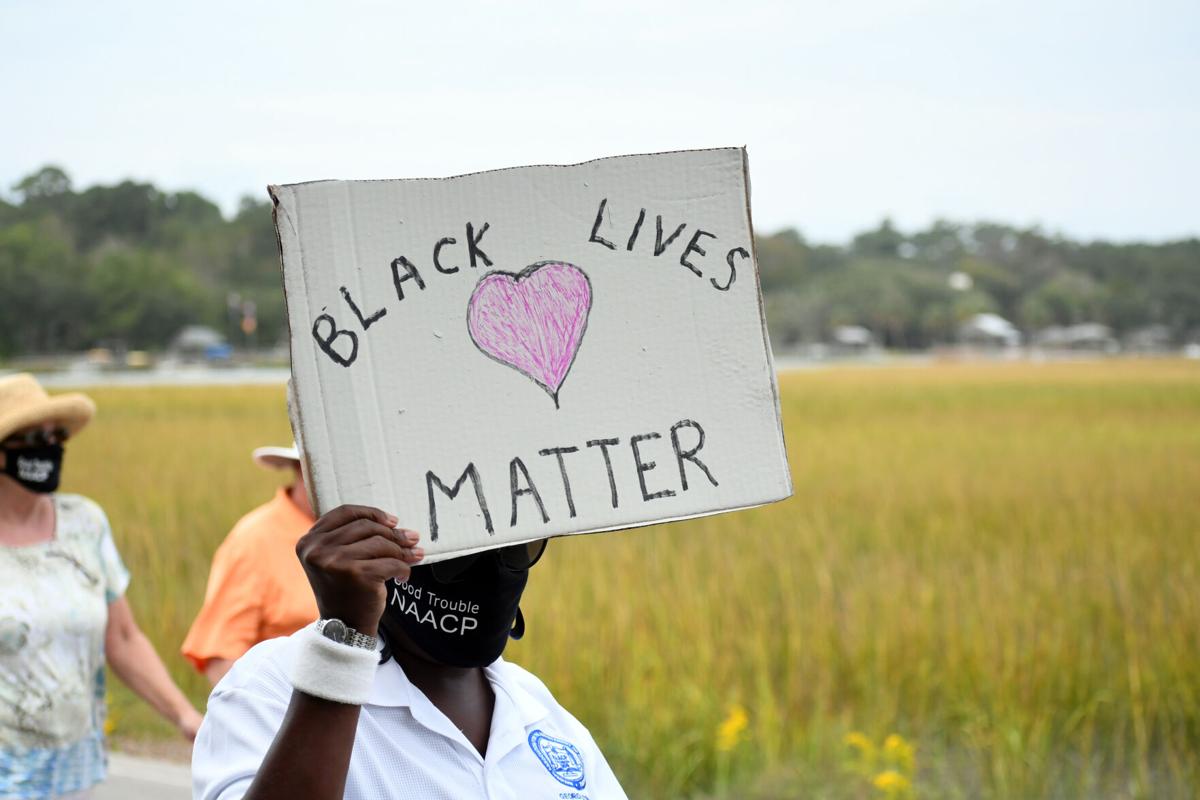 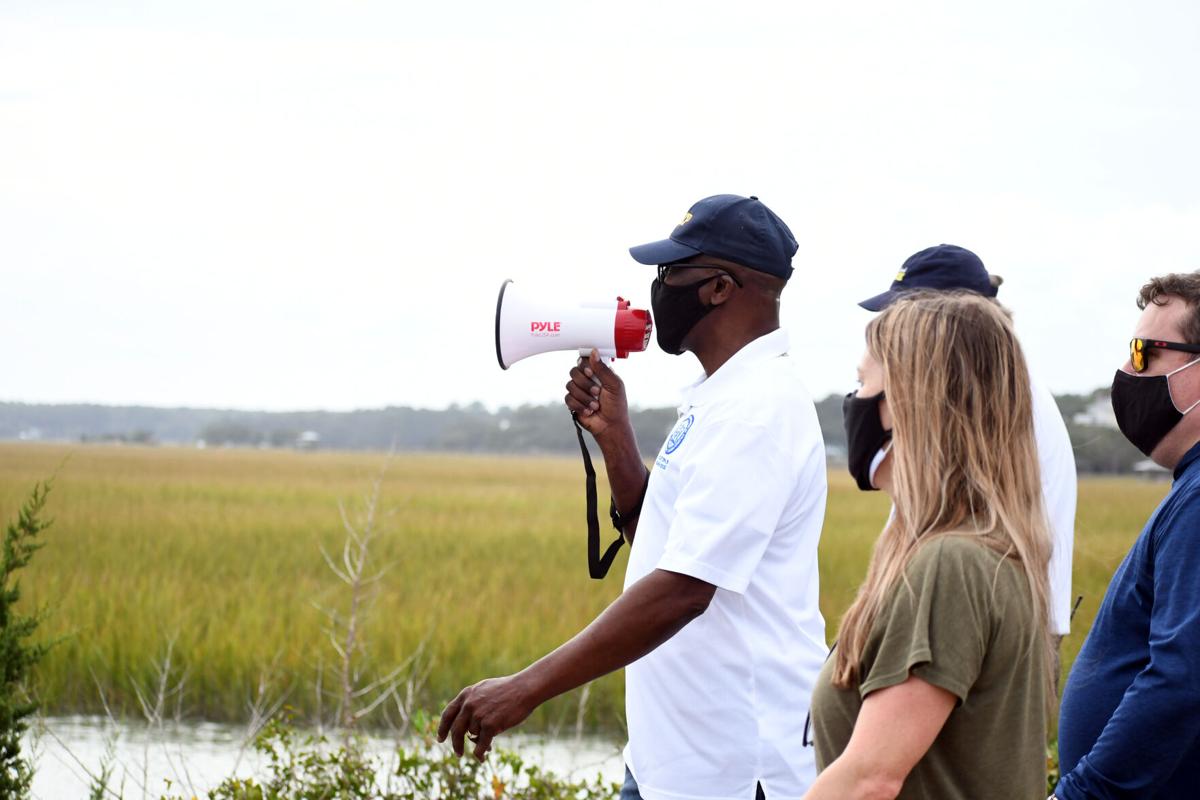 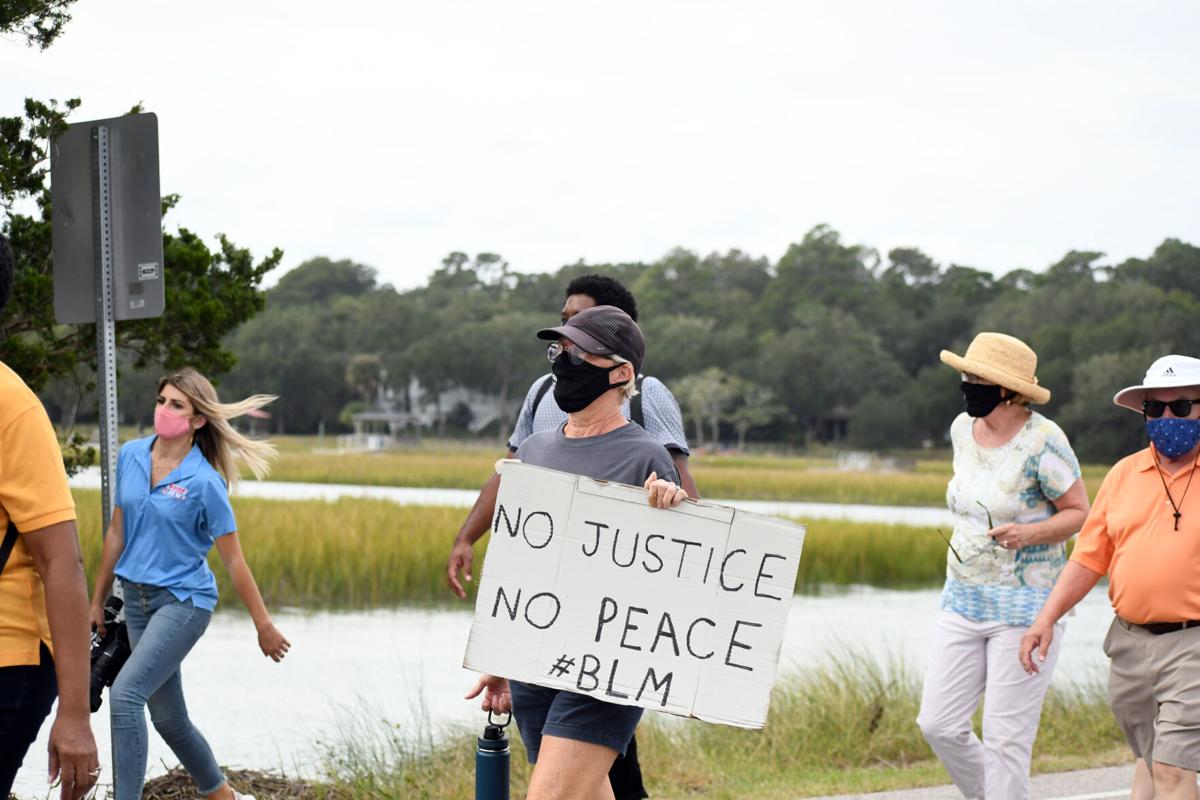 PAWLEYS ISLAND — True to his promise, Marvin Neal is not backing down in his quest to force the mayor of Pawleys Island to step down.

The president of the Georgetown chapter of the NAACP led a contingent of nearly three dozen on Saturday afternoon, marching across Highway 17 and into Pawleys Island amid chants of, “Hey, hey, ho, ho, Brian Henry has got to go!”

Mayor Brian Henry and the NAACP have been at odds since Henry called Black Lives Matter a “terror organization” in a Facebook post in late August, reacting to a double murder in Georgetown, with the accused a black man.

Since the post, the NAACP has held three public rallies, two just outside of Pawleys Island Town Hall and Saturday’s event that started in the parking lot of Publix on Ocean Highway — all calling for Henry’s resignation.

Henry has mainly remained silent other than a short press conference in early September, when he delivered a prepared statement and offered no opportunity for questions.

Over the past month, Henry has heard calls for his resignation, while also watching his business, Palmetto Cheese, lose a major partner in Costco, which removed the pimento cheese from its shelves in 120 locations amid a public call for a boycott.

Up until recently, the NAACP and Henry had not conversed, although that changed after Henry called for a meeting.

Neal indicated that Henry chose to focus on how he was going to help the community, and not the public Facebook post that also utilized words such as “POS” and “thugs.”

'No longer the person for that job': NAACP again demands Pawleys mayor's resignation

“He can (help the community) without being mayor,” Neal said. “There is nothing he said in the meeting has to do with the Facebook post. He can’t even explain why he said it. When someone says ‘POS,’ that means something. ‘Thugs’ related to black men, black people and black lives — no lives can matter, until black lives matter.

Neal did confirm that the local NAACP chapter had been in communication with the national office, where they are considering multiple options to push the resignation or removal process.

Neal, a long-time veteran of the U.S. Army, indicated that he was surprised that he has to fight for the liberties on American soil that he saw others yearn for overseas.

“We are fighting in our country now for the things that I went overseas to fight for,” Neal said. “Freedom and democracy. I never expected to come back and fight for freedom and democracy in my own country. And we tried to develop in other countries to make sure they had the same rights that we are supposed to have.

“Until those things happen you are going to continue to see marches in the streets across the United States.”