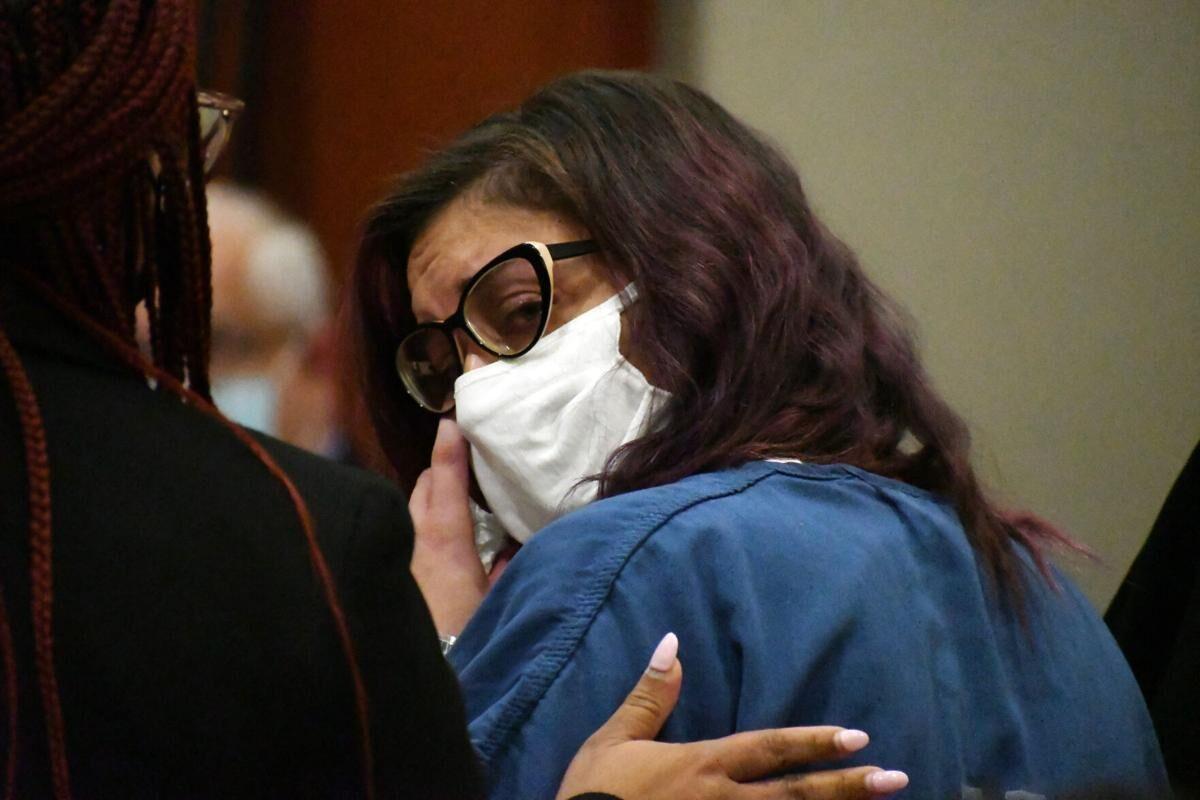 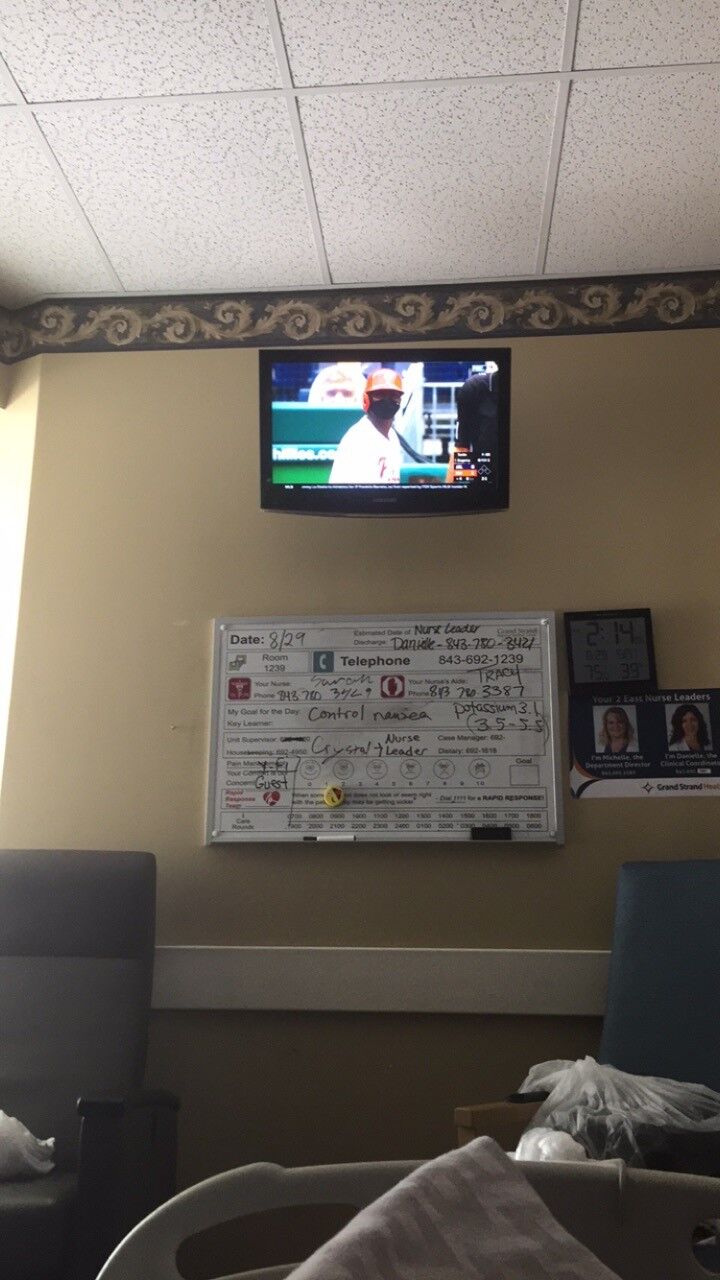 My home for a week back in Aug. Richard Caines/Staff

Many are on unemployment and facing foreclosure or eviction — not knowing what their future will hold.

Many have lost loved ones or now have medical complications after contracting the virus that they didn't have before.

I'm a Type-2 diabetic so I have to watch my health and getting the virus is a fear that I constantly live with every day when I'm out reporting.

After starting as a freelancer for the Georgetown Times in July 2018 and beginning full-time in March 2019, I was eager for 2020 to begin.

Tried in absence: Baby killer attempted to hide. Justice caught up with her.

We didn't have an editor at the time, so I took on the task of paginating all three of our newspaper editions as well as covering Georgetown city government and education.

I was very excited during the summer when it was announced that the Post and Courier were expanding across the state and we would be part of the Myrtle Beach bureau.

The beat that I was tasked with was covering courts both in Horry and Georgetown counties, a very important topic and one that I have always been interested in.

Those plans were soon put on hold.

Back in early August, I covered the passing of Horry County Police Cpl. Michael Ambrosino, who died after a prolonged battle with COVID-19.

I attended a press conference by Chief Joseph Hill on Aug. 24 in Conway and while traveling on Highway 22 back to my home in Little River, I started feeling sick.

By the time I arrived home, it was all that I could do to physically get inside by myself. I called my wife at work and told her that I needed to go to the hospital — something wasn't right.

My mother wasn't far away so she drove me to Grand Strand Regional and ultimately I was admitted for the night after seen by emergency room physicians.

Man set free after 18 years due to case built on 'liars.' So, who killed Eva Marie Martin?

I heard 'you have the symptoms' as they were referring that I possibly had COVID-19 while I stared at the floor.

Luckily that wasn't the case after being tested for the coronavirus around 3 a.m. the next morning.

That is one test that I will never forget and hope to never experience again.

I spent almost a week in room 1239 on 2 East while doctors and nurses ran tests to find out what was wrong with me.

I vaguely remember a cat-scan, X-rays and multiple blood tests.

The doctors visited me and gave me my diagnosis. Euglygemic ketoacidoses and some other problems that I will continue to deal with long after COVID-19 is long gone.

That week seemed like an eternity, but I could only think about what health-care providers were facing while dealing with COVID patients located in the same building as me.

They were some of the last faces that patients saw when they took their last breath.

Trust lost: Chris Matechen reflects on life without the newborns Alyssa Dayvault took from him

After my discharge from the hospital, I was eager to get back to work and do what I love — journalism.

While starting my new beat, I found that courts across Horry and Georgetown counties have also experienced uncertain times during this pandemic.

The state used those three counties to develop a system for the rest of the 43 counties in the state to resume.

Solicitor Jimmy Richardson said at the time that his county brought in half of the prospective jurors in the morning and half in the afternoon to allow for social distancing.

Everyone entering the courthouse was required to wear a mask and have their temperatures taken. If evidence was handled, gloves were required and the witness box had plexiglass surrounding it while jurors were spaced out.

Instead of using a jury deliberation room with a conference table, the court utilized a nearby smaller courtroom to space the jury panel out.

“I don’t want one person to get sick,” Richardson said. “This will be a learning experience.”

Two of the cases that I will never forget are the Alyssa Dayvault trial and the Gary Bennett trial.

Dayvault was sentenced in early Nov. to two 40-year prison terms that will run concurrently for the murder of her two newborn children, by throwing them in the trash, a baby girl in 2017 and a baby boy in 2018. That was the first trial I attended where the defendant was a no-show.

I later sat down with the ex-boyfriend of Dayvault who shared what he was going through while he continues to piece his life together.

I found Chris Matechen to be a man of great courage. I can't even fathom what he was going through during that whole ordeal.

And then there was the re-trial of Gary Wayne Bennett.

Bennett was found not guilty in the May 2000 slaying of Eva Marie Martin — some 18 years after he was convicted of murder and sentenced to life imprisonment without the possibility of parole.

That left a question that many are still asking. Who killed Eva Marie Martin? I concluded that we may never know.

And just like my beat was paused by a health scare, courts across South Carolina were suspended in December as coronavirus cases continue to rise across the state.

I soon found the time during the break to feature the Georgetown County Sheriff's office, Georgetown Police Department and other interesting figures in the surrounding area.

So here we are.

What will the future hold in the next year? Hopefully an end to this dreaded pandemic.

One thing is for certain. Our team at the P&C Myrtle Beach & Georgetown Times will continue to keep you informed.