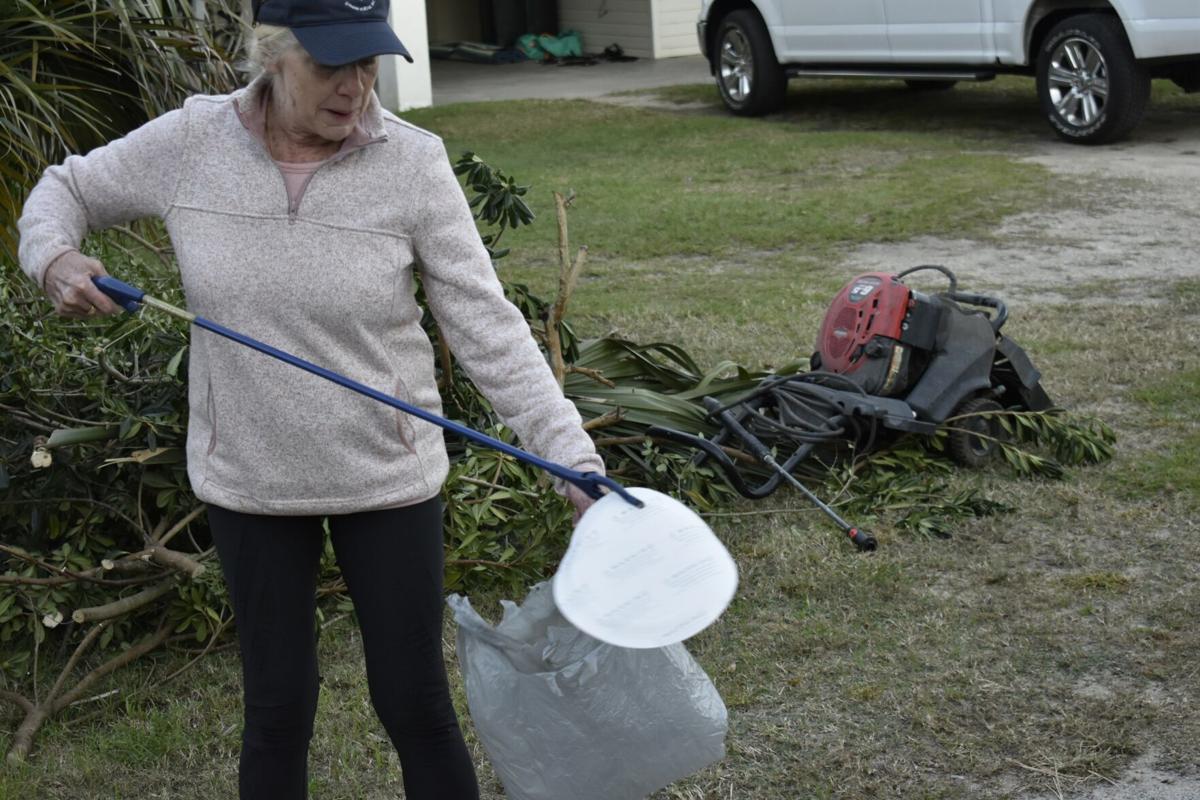 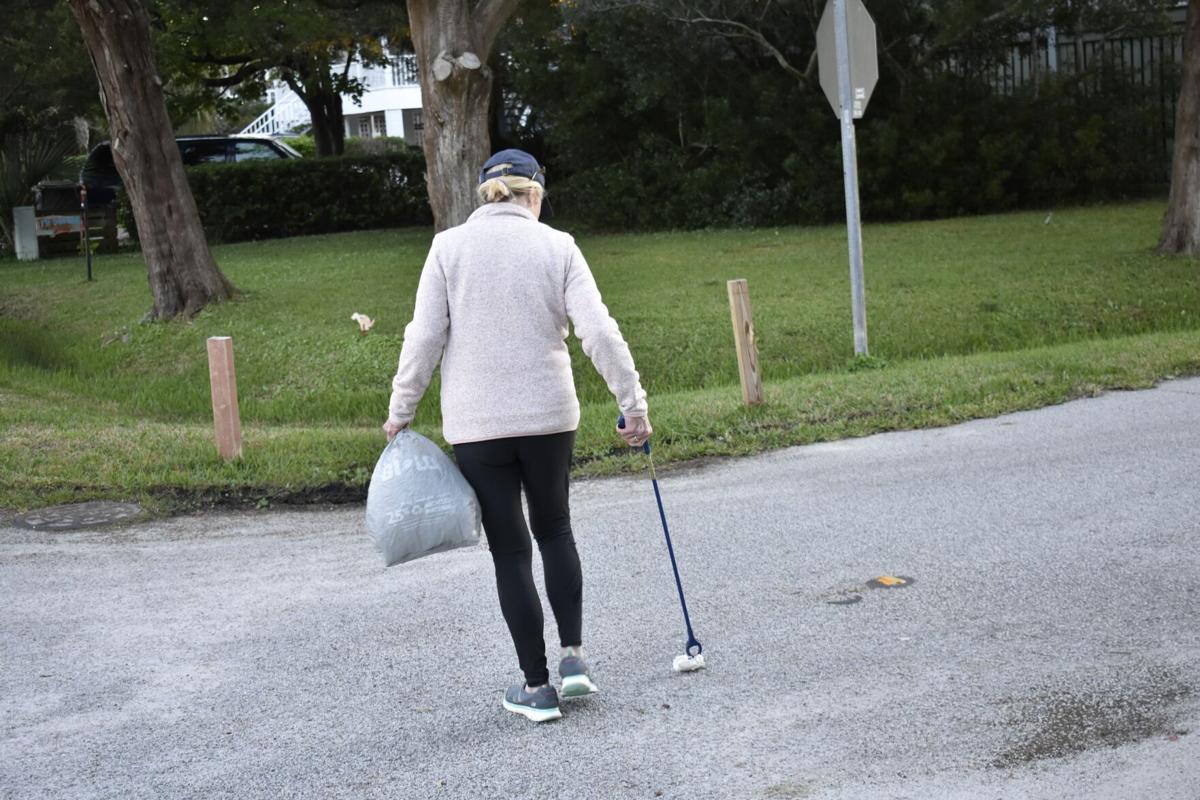 McKibben has a full bag of trash as she walks down a Litchfield street. Richard Caines/Staff

LITCHFIELD BEACH — Even during a pandemic, one South Carolinian is doing her part to make the Hammock Coast a better place for everyone to share.

Greenville resident Susan McKibben should be like any vacationer — collecting seashells or relaxing in a beach chair along the surf — but instead wakes up before the sun comes up and one thing pops in her head.

"People didn't litter back in the day like they do now," McKibben said while on a daily walk recently in the Litchfield Beach community where she co-owns a vacation home. "We just knew not to litter growing up.

"It is ingrained in me when I see a piece of trash to pick it up."

My 2020: Covering courts while enduring my own health scare

Dan Thompson also makes daily walks through the neighborhood and said he noticed McKibben one morning as she had a stick in one hand and a bag in the other.

"Two years ago, I was walking and I noticed her picking stuff up," said Thompson, adding that he has noticed her doing it on multiple occasions. "I thought that was a pretty nice thing she was doing. It wasn't just a one day fluke."

McKibben remembers back years ago when she sent her three children off to grade school in Greenville and started off on a daily walk with a neighbor.

"We started walking and just saw all of this trash, especially near the school," she said. "I just started picking it up.

"When I come down here (Litchfield), I just say to myself that I need to do it here, too. It just bothers me to walk by it."

Ironically, an advertisement that most people discard caught the eye of her husband and son that made them decide to buy the property along with other friends around 12 years ago.

"They saw it on an ad that was most likely trash," he said. "They said you need to look at this place in Litchfield.

"We used to come to Pawleys when I was a kid. My husband and I vacationed for years with our children."

They quickly made the decision to buy it with a group of four, sharing visitation rights. Everyone comes for two weeks each.

Some mornings McKibben doesn't find much trash, but she uses that time to appreciate the beauty of the area.

"You would not believe some of the stuff I find," she said while pointing over to a construction glove in a nearby driveway.

She picks it up and places it on a mailbox in hopes the owner comes back for it.

"I always wonder if they come back and look for them," she said. "I'll put them on the mailbox and if they are still there tomorrow — I will properly dispose of them."

She said that one day in Litchfield she found an entire set of socket wrenches in good condition, but the strangest piece of trash McKibben ever discovered was found in Greenville.

A Thanksgiving meal on a plate covered in tinfoil.

"My thought was that someone had been at their mother's or grandmother's, put it on top of their car and drove off," she said, laughing as she remembered walking by it. "The whole plate was there."

She finds change daily in Litchfield and saves it to see how much she can save.

Once she found a sandwich baggie of pills and had to ask a friend what they were.

"I have found undergarments," she said. "All kinds of crazy stuff."

It saddens her to find discarded cigarette butts, beer cans or bags of dog poop, but she always picks it up. It's just in her DNA.

"I find it very disheartening that people come to such a beautiful spot and throw out trash," Thompson added.

McKibben agreed with Thompson, but while picking up a piece of plastic, she thought back to one thing.

At the end of her two weeks, it is a lot cleaner.

A man of many hats: Georgetown police chief also serves others through words