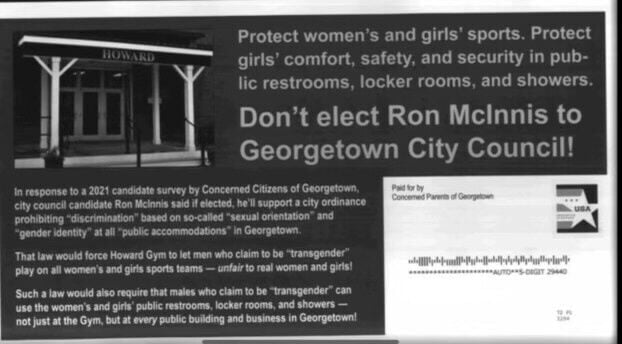 In a survey, Democratic city council candidate Ronald McInnis said he was for enacting a city non-discrimination ordinance protecting residents from employment, housing and public accommodations discrimination on the basis of race, ethnicity, sex, sexual orientation or gender identity. 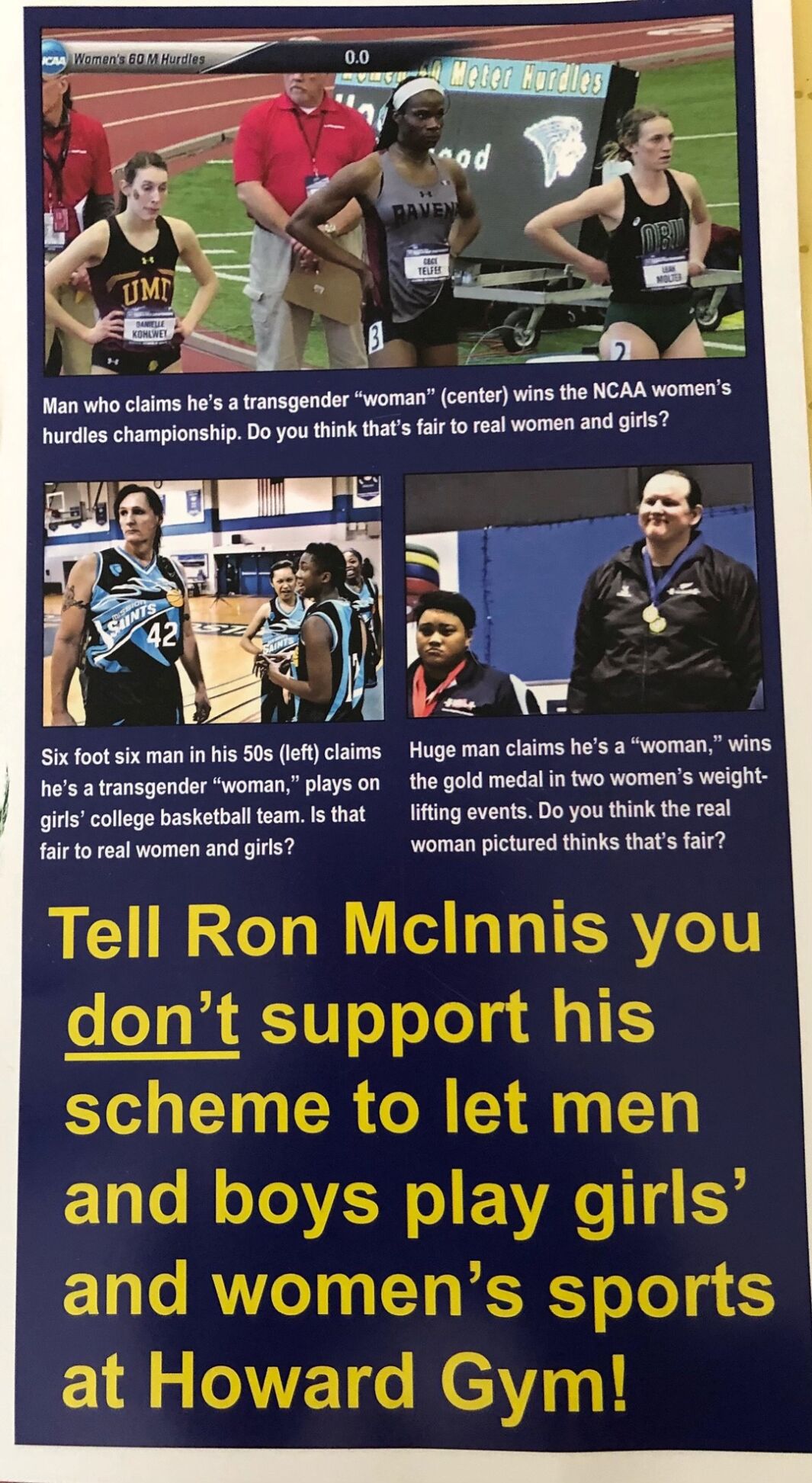 Though Democratic city council candidate Ronald McInnis voted in a January city council candidate survey that he would support a non-discrimination ordinance if elected, in a March 17 phone interview with the Post and Courier, he said he is against transgender people using bathrooms or competing in sports that match their gender.

GEORGETOWN — A flyer sponsored by a dark-money group has been mailed to city residents, urging voters to not elect Democratic council candidate Ronald McInnis over his assumed support of transgender girls competing in girls sports.

A group called "Concerned Parents of Georgetown" used the mailed flyer to ask voters to “protect women’s and girls’ sports" — an inaccurate accusation, according to McInnis.

The Ronald McInnis journey: From prison to pastor to City Council candidate

The survey the mailed flyer cites is a 2021 City Council candidate survey conducted in early January by Concerned Citizens of Georgetown, a resident group that says it pushes for transparency as local leaders make financial and policy decisions for the city.

The flyer, based on McInnis' response to the survey, says that the Democratic nominee would “support a city ordinance prohibiting ‘discrimination’ based on so-called ‘sexual orientation’ and ‘gender identity’ at all ‘public accommodations’” if election to City Council.

McInnis responded to the survey by saying he was for enacting a city non-discrimination ordinance protecting residents from employment, housing and public accommodations discrimination on the basis of race, ethnicity, sex, sexual orientation or gender identity.

McInnis’ Republican opponent for council, Jonathan Angner, said he has no relation to Concerned Parents of Georgetown.

But in an interview with the Post and Courier Myrtle Beach, Angner echoed the same anti-transgender sentiments that were expressed in the flyer.

And in the group's survey, he said he was in favor of the same hypothetical ordinance.

The difference between Angner's and McInnis’ answers to the survey was that Angner added a note saying, “I am against biological males, who identify as female, using women’s restrooms or locker rooms or competing against females athletically,” while McInnis added no note to his answer.

Angner added that his campaign is focused on economics, and financially helping Georgetown, not issues such as the rights of transgender people and children. The Concerned Citizens of Georgetown said it has no relation to Concerned Parents of Georgetown.

McInnis is frustrated by the flyer, saying that the rights of transgender people and children is a federal issue, not a local one. He also said that he thinks this flyer is someone trying to destroy him and the Democratic Party.

“The city of Georgetown has too many other things going on that we need to be working on than to bring this negative energy to our race,” McInnis said. “Because someone decided to take some negative stuff and put it on a piece of paper, they’re taking away from the growth of Georgetown.”

This comes as the U.S. Senate Judiciary Committee held a hearing March 17 to discuss the Equality Act, a bill that would amend civil rights law to cover sexual orientation and gender identity, with protections for employment, housing, education and public accommodations such as restaurants, theaters, hotels, libraries and retail stores.