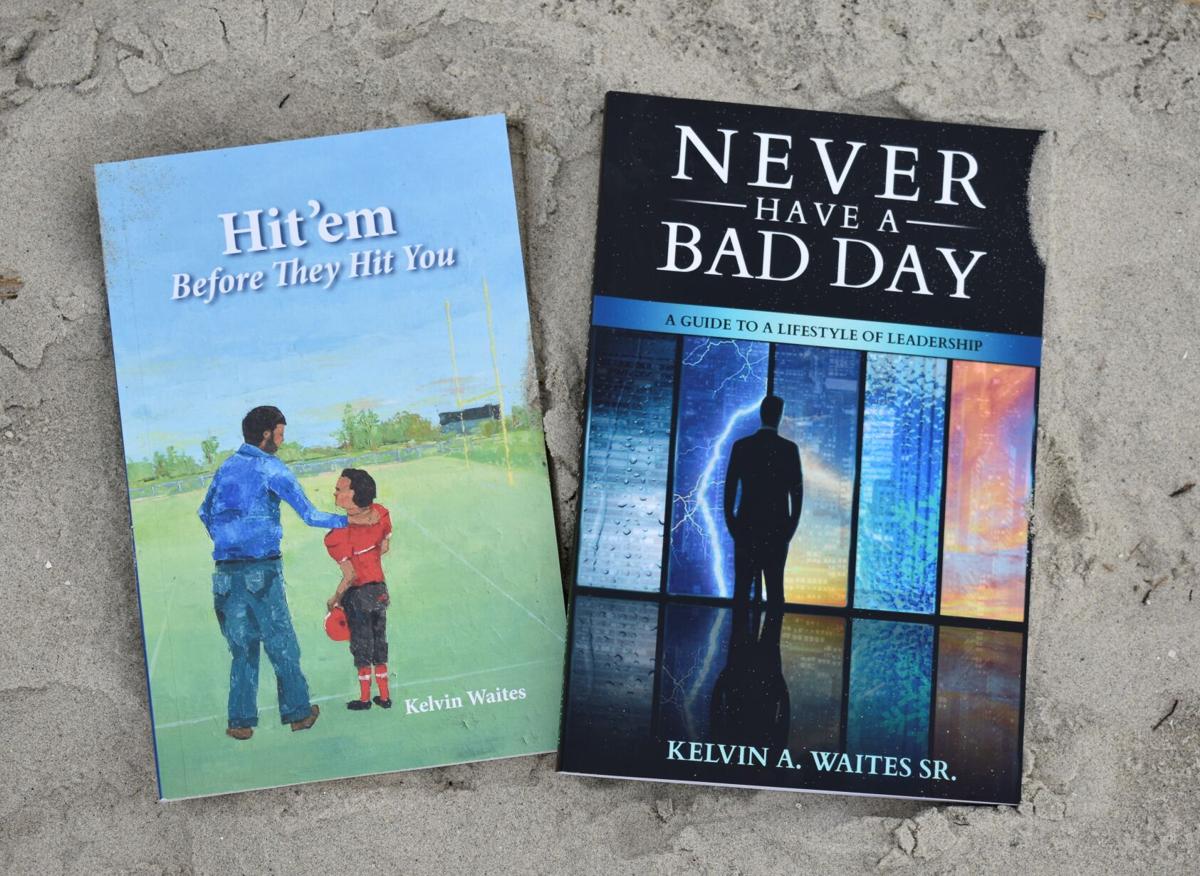 For more information on how to purchase the two books, visit www.kelvinwaites.com. 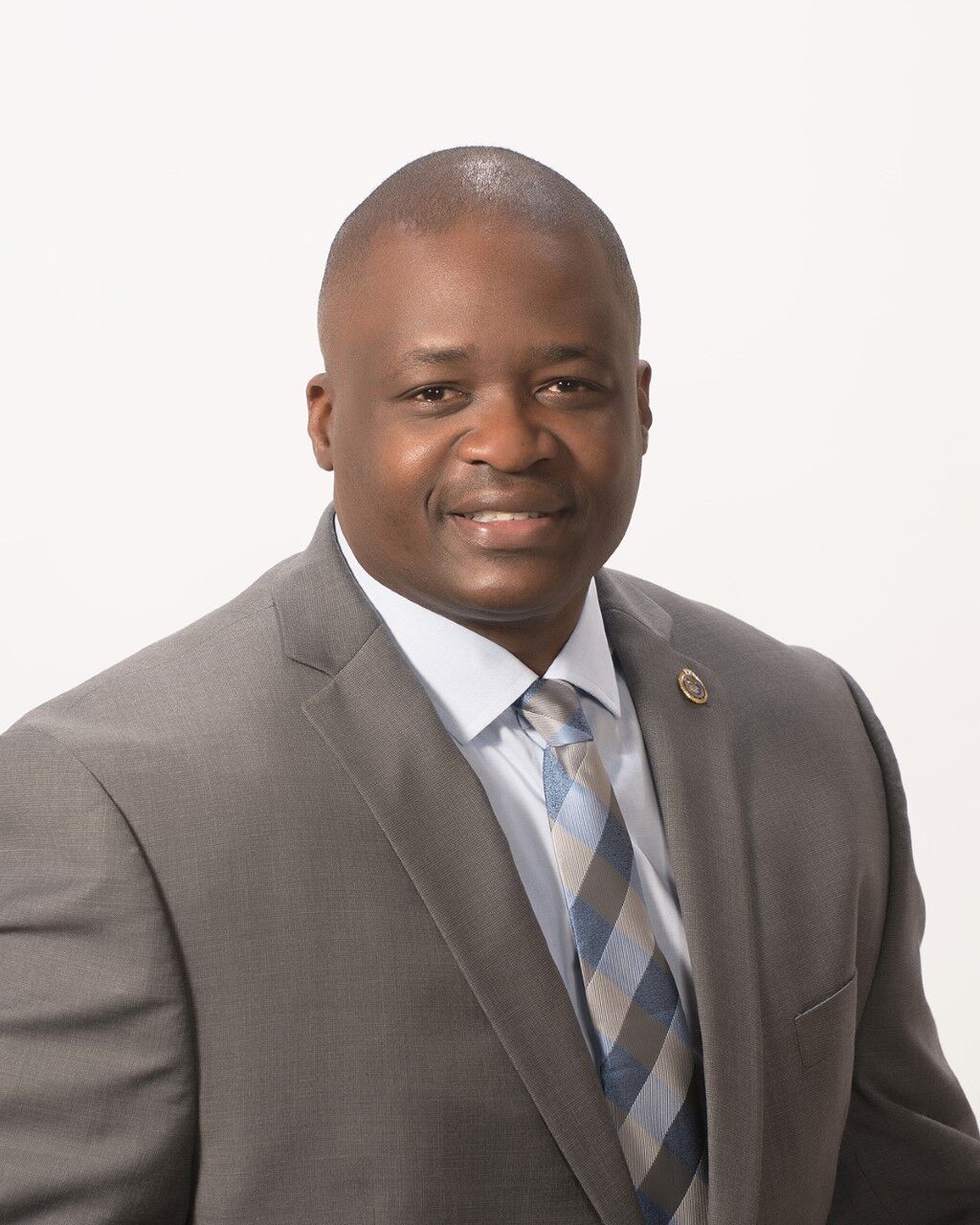 GEORGETOWN — Chief Kelvin Waites was sitting in his office at the Georgetown police department one morning when he received a message to return a missed phone call.

Looking at the message he thought to himself, "That name sounds familiar."

Waites called the number back and on the other end of the line was the voice of a man who he arrested 18 years prior. He was asked if he could be referred to as Kelvin and then was asked if he knew who the caller was.

"I told him that his name sounded familiar and he then explained that I arrested him 18 years prior for a drug incident," Waites said. "A mistake he made. The man said, 'Listen. I was upset when you arrested me and I was supposed to preach a trial sermon the following week. You didn't laugh at me or talk down to me. You said that if you ever get your life together, call me. Well I am calling to let you know.'"

Waites said the man explained that he still had the calling to preach and was supposed to preach his first sermon the following weekend.

"He asked me if I could come," Waites said. "I knew I was going to. You don't get those type of calls. I saw him at his lowest point and just to see him bounce back, I knew I had to be there."

"That (call) really touched me. It did more for me than it did for him. It gave me hope. Sometimes you do this job and you see the same thing over and over. It let me know that people can change. You just need to keep going out and grinding."

To protect and serve: A sheriff's deputy and his commitment to his hometown

Born in Harlem, N.Y., his family moved to Charleston when he was around 10 years old.

"The city was rough," he said. "They just wanted to get us out of there."

Waites fought asthma throughout childhood and was also forced to wear leg braces growing up.

"I had crooked legs," he explained. "I joke with people that I wore braces before Forrest Gump."

After arriving in Charleston, he quickly found that life in the South was not the same as in Harlem.

"It was a culture shock for me because prior to that growing up in New York, I went to Catholic school," he said. "I went to school with everybody. All nationalities. Race wasn't an issue.

"When I moved to Charleston I realized this evil little thing called racism existed."

After starting elementary school in West Ashley, he made friends with a boy his age, who was white but they soon "caught hell" because of their friendship.

"It really hit me when I was about 11 years old that race was an issue."

His asthma soon cleared up being in the warm climate of Charleston. He was also able to shed the braces and as a result discovered a love for sports.

"I realized I was athletic and started to play sports," he said.

Waites really wanted to play football but his parents quickly dispelled the notion.

They finally caved and soon it was time for the first day of practice.

His dad, Issac, was a mechanic and was still at work leading up until the time they had to leave for his first practice at St. Andrew's Park's and Playground off of Playground Rd. He picked Kelvin up in full-gear standing at the end of their driveway.

"We get there and he starts walking to the field, he said. " He stops and realizes he is walking by himself. I thought about being teased and froze up. He asked me, 'What's wrong you gotta do this man.'"

"We get to the edge of the field and he looks and me and says, 'Just hit them before they hit you.' When he said that, it changed my whole life. I was chained up and he released me. I knew I had to be proactive and make that (success) happen."

Waites ended up being the most valuable player for his team that year.

That love of sports led him to believe that he could be a sports analyst while he was majoring in broadcast/communications.

The military had other plans, however, and he soon joined the Army. He enjoyed his time in Newberry and met the love of his life, Chelice.

He enjoyed a successful career specializing in military intelligence but one day while stationed in Germany, he received a phone call from the Red Cross that his dad was sick.

"I had a hard time getting back," he said. ""He wasn't doing good and I didn't feel right being that far away."

The frustration from that experience made him ponder his next step.

While visiting his dad in South Carolina, Waites had a conversation with his brother-in-law Isaac L. Pyatt, Sr., a Lieutenant with the Georgetown County Sheriff's Office, now the Chief Magistrate for the city of Georgetown.

Waites was invited on a ride-along and soon discovered that law enforcement may be his ticket.

"Law enforcement wasn't even on my radar," he said. ""We rode all over the place and I was like: 'Wow!' He had to do something and dropped me back at the station.

"That was the first time that I met Sheriff Lane Cribb."

For two hours they just sat down and talked. Cribb asked Waites about his role in the Army.

"He was fascinated," he said. "He was a very interesting guy. I asked him what he liked and didn't like about his career.

"He told me that he really liked helping people. Telling a parent that their kid passed away was something that he didn't like it and never got used to it. He told me that he was up for re-election but if I ever got out of the military and was interested in law enforcement to give him a call.

"Two years later I took him up on his word. I've been in law enforcement ever since."

For the next 19 years, Waites served roles in both Horry and Georgetown Counties as an investigator with the 15th Judicial Solicitor's office, a Lieutenant with the GCSO, a Captain with the GPD and then as the Deputy Chief of Police with the Horry County Police Department.

He followed with a short stint as the interim chief of police with the HCPD but the head of the Georgetown PD position opened up and he knew that he had to seize the opportunity.

For one, his wife is from Georgetown County and at the time was running for County Treasurer. Waites said that he soon felt a higher power calling him to serve the residents of Georgetown.

"I really believed, and still believe that it was God that opened up that door," he said. "Her there and I in Horry County would have put a strain on our family."

Waites knew that Georgetown was the place that he would spend the rest of his career.

"I married into Georgetown," he said. "I really liked it because it was more personable than New York or Charleston. If you didn't know somebody, you knew somebody that knew somebody and I liked that."

He found himself taking the helm of a department that was already strong in his eyes. His main focus was being front and center in the community.

"We looked for opportunities to engage the public and my staff would sometimes ask me if I was serious," he said. Finding ways to engage. It's important for people to not just see us when bad things happen."

"You arrest a dad and then a few years later, you are arresting the dad's son. It kind of hit me. Those are cycles we need to break."

Waites said that he will never be complacent in life or in his career.

"When we say that we've made it, you lose the edge and I think you are setting yourself up for failure."

Police work is not all that Chief Waites is known for as he continues to shape lives throughout the area as a mentor and an author.

"Somewhere along the way, I realized I had the heart to serve," he said. "People struggle on what their gift or talent is and I did as well. This started off as one on one training and then evolved into group training on things like cultural diversity and leadership training."

That led to two books.

In 2014 he wrote "Hit'em Before They Hit You", a book about his years growing up both in New York and South Carolina.

His second and current book is entitled "Never Have a Bad Day." It is a book about leadership and the title came from his experience with a fellow officer that was struggling in life.

"We got them some help and I received a phone call of appreciation months later," he said. "They said if I didn't answer the phone that day, they probably would have taken their life. They said I was approachable and I look like I've never had a bad day."

"You don't begin to realize the impact that you have on people. My door is open all day every day. That's why I'm here. I'm not here to tell people what to do, I'm here to serve."

As a leader of the GPD, Waites feels that his team needs to develop a relationship with the Georgetown community.

"We have the opportunity to be a light," he said. "We have to shine that positive light every time we get in that car or put on this uniform."

Continuing to be an example for Georgetown is his mission.

"God plots my life," he said. "My dad used to say we are all actors in God's play. It's already written. It's just up to us to play our role."

On Jan. 5, the Horry County police department announced the death of one of its retired bloodhounds, Shelley.