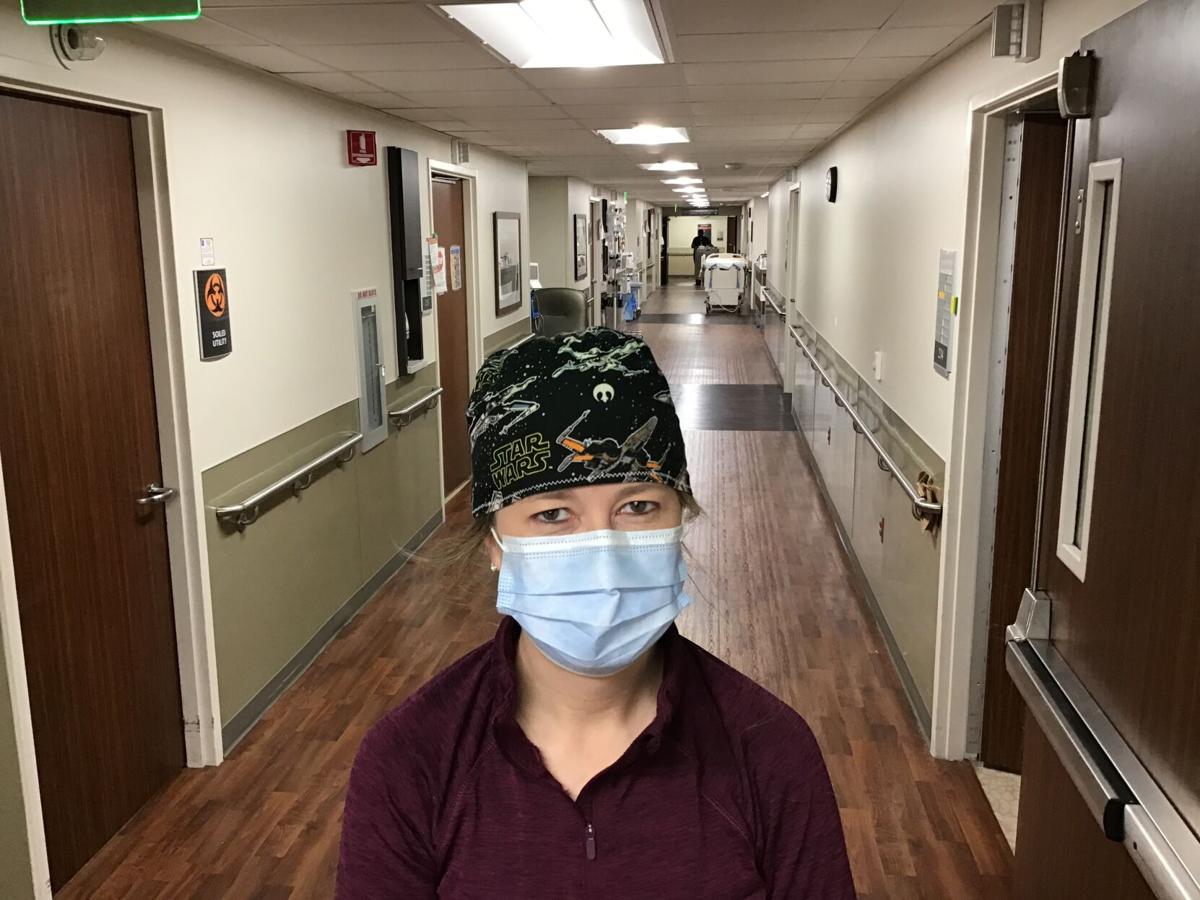 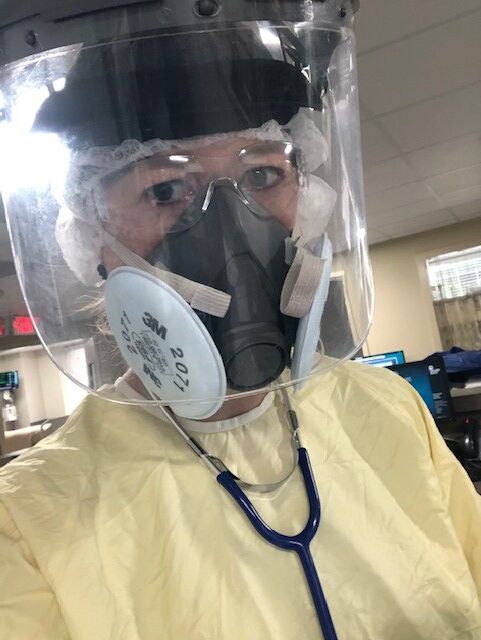 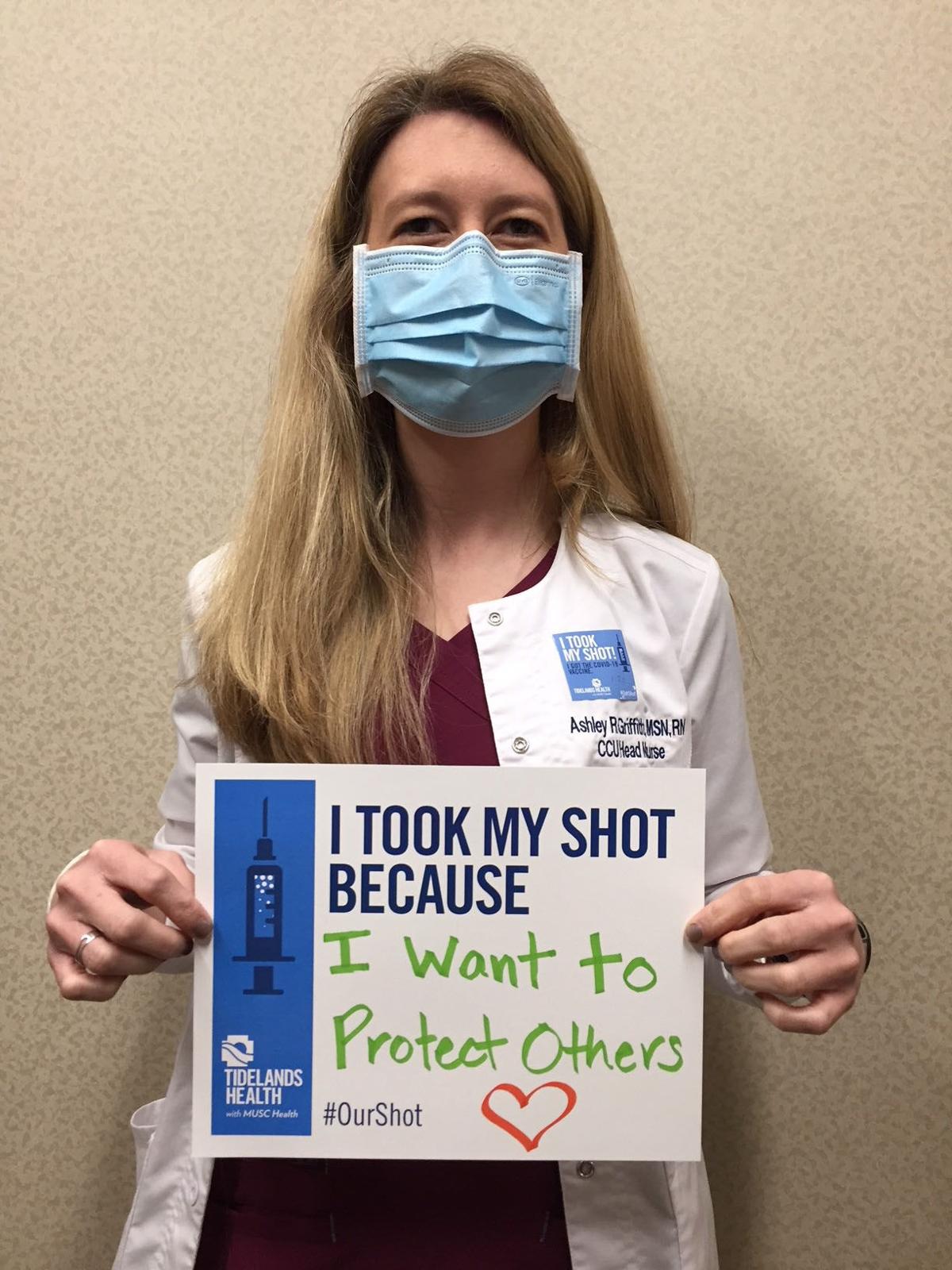 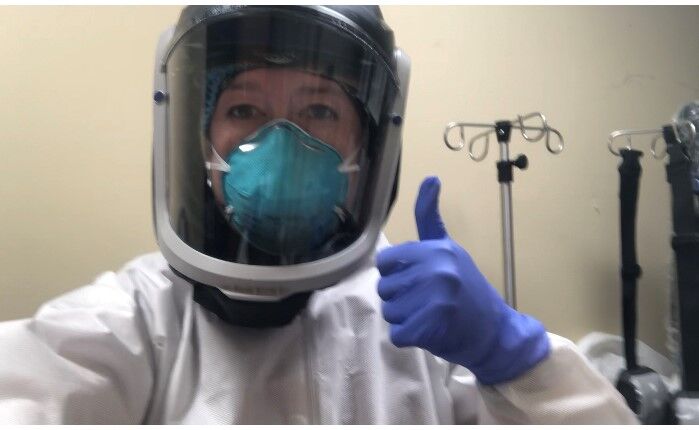 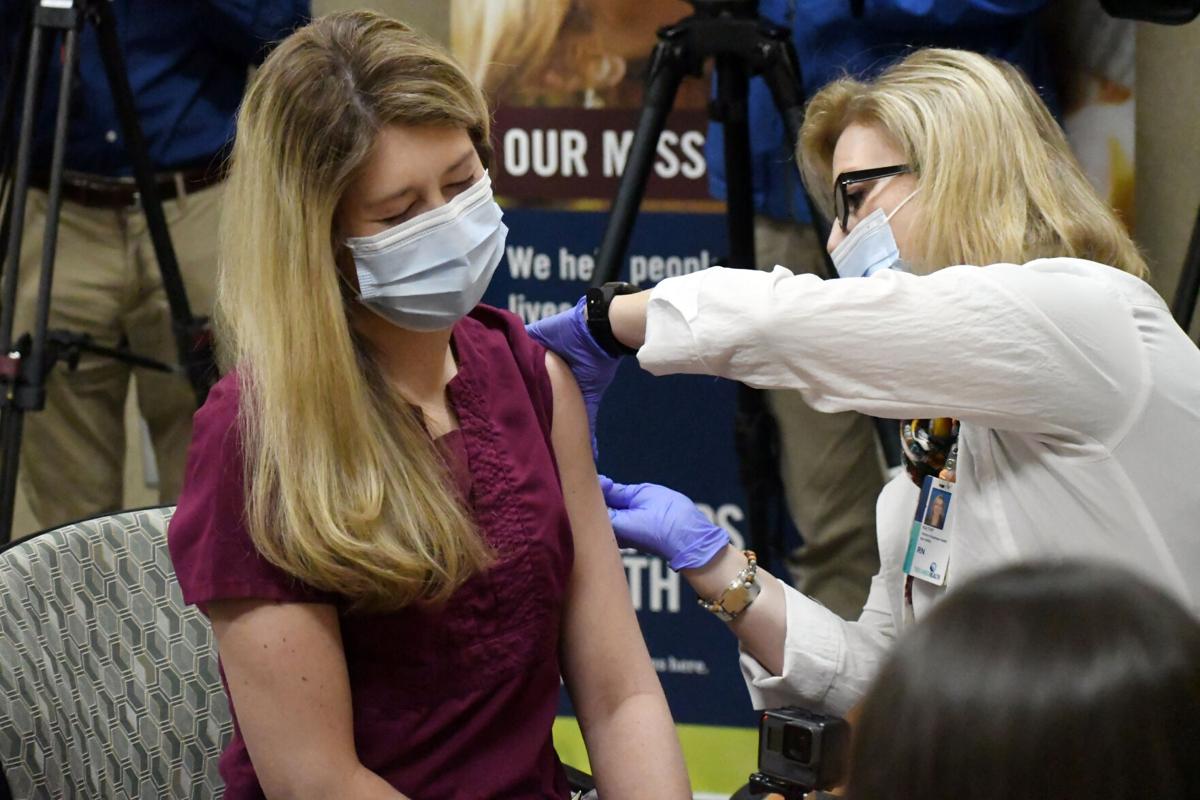 Ashley Griffith, a registered nurse with Tidelands Health, is the first to receive the Pfizer COVID-19 vaccine in Georgetown County. Nick Masuda/Staff

Ashley Griffith, a registered nurse with Tidelands Health, is the first to receive the Pfizer COVID-19 vaccine in Georgetown County. Nick Masuda/Staff

GEORGETOWN — Ashley Griffith doesn’t remember the last time she didn’t see the clock strike 12:01 a.m. on New Year’s Day, a moment that consistently ushers in newfound hope for millions, particularly this year when the world collectively wanted to punt 2020 out the door.

Exhaustion has long since set in for Griffith, the product of working 40-70 hours each week for the past 10 months as a frontline nurse with Tidelands Health.

There are moments of joy, seen through Griffith’s smiling eyes — “my family says they miss seeing my face,” she relays — and the extra bouncy speed she walks down the stairwell at Georgetown Memorial.

There are also heart-wrenching moments, including losing one patient after a month-long battle, or the death of coded patient despite the efforts of three nurses, with none of them having a chance to process it due to a cardiac arrest patient arriving just moments later.

The emotional toll of the battle against the coronavirus spilled over into a video entry taken in her car at the end of a double shift in July, with Griffith nearly motionless in the driver’s seat of her car, surrounded by parking lot darkness, her mask dangling off her right ear and her voice crackling due to emotion and exhaustion.

“I’m sitting here in my car after working 16 hours,” said Griffith, a Pawleys Island native. “I just don’t think anyone really understands how hard this is. There’s nothing you can do to help them and you do the best you can, but I just wish people would start taking this seriously because we are tired and we want to help but there’s just nothing we can do that’s going to help.”

That was in July, which most had hoped would be the peak of the battle against COVID-19, with both Horry and Georgetown counties seeing record numbers, particularly after the 4th of July holiday.

But hope ensued, as July was followed by the milder months of August, September and October, when new daily cases in Georgetown dipped down into the single digits on average, while Horry County was under 20 per day.

Experts warned that COVID-19 fatigue and the quest to see family at the holidays could swiftly change the trajectory if communities didn’t continue to act with vigilance, paying attention to masking, social distancing and frequent washing of hands.

'This is gold now': COVID-19 vaccinations spread to hospitals across SC

The recommendations weren’t heeded, with Thanksgiving and its aftermath bringing about a return to July numbers in December, while Christmas and New Year’s already have January on a path to be the worst month since the pandemic began.

Hospitals along the Grand Strand set a cumulative record for the number of COVID-19 inpatients during the first week of January.

For Griffith, the political nature of this battle is a point of frustration.

“To go into a grocery store and see what I see (at the hospital), and then see people not wearing their mask, not social distancing — it’s hard for me to understand,” Griffith said.

She says she is approached often by people that question the validity of the virus, much less the health protocols in place to aid in a common defense.

Instead of arguing about the science, Griffith has taken a different approach.

“Let’s say you are right and it isn’t a problem, wearing a mask isn’t going to harm you or anyone else,” Griffith said. “Now let’s say that I’m right, and that this pandemic is a real thing, I don’t want to be responsible for someone else losing a loved one or to harm someone’s health.

“It’s not a choice, it’s common sense and common courtesy to protect other people.”

With the current rise in cases has come a new obstacle that Tidelands did not face in July — a shortage of nurses. During the summer, travel nurses buoyed local efforts by traveling to the area for short assignments. Those nurses have since either taken the holidays off, or their agencies have shifted them to other areas of the country.

In one video update, Griffith is seen entering Georgetown Memorial for an unplanned shift.

“Thought I was done for the week, but with the rising numbers and not having the staff for that, as we normally don’t have to staff for that many patients, everyone is pulling overtime. So here we go,” Griffith said.

Patients are at the core of Griffith’s selflessness, never wanting to give an opportunity to aid someone in need throughout her 12 years in critical care. And while Griffith’s patients range in age and health conditions, she admits that it was a particular group that gave her the perspective she needed in order to find the extra daily gear to put in the hours necessary to take care of her community.

At the outset of the pandemic, much was made of the virus attacking those that were older, but it has been the healthy, young people that are in their 40s that has stuck out to Griffith, particularly when many of these patients are on ventilators for an extended period of time.

She rejects the idea that those that are younger are protected from the coronavirus.

“If people could see the things that we see every day, to see the heartache of families not able to be with loved ones, talk via FaceTime or phone, it would change their perspective,” Griffith said.

“This is serious, take it serious. Some think they are protected because they are young, they’re not.”

Protection has become a focal point for Tidelands in recent weeks, with Griffith the first employee to receive the Pfizer COVID-19 vaccine in December — “leaders lead from the front,” she said — and completed the two-shot requirement on Jan. 6, wearing a “I took my shot” sticker on her scrubs, the latter likely cleaned by her mom, who supports her daughter by doing the little things she can.

Being a native of the Hammock Coast and her family nearby, it has been hard for Griffith to watch people she knows and loves battle the virus, so any measures she can take to aid her beloved community, including the vaccine, will always be worth it.

“It’s a light at the end of the tunnel, a little bit of hope.”