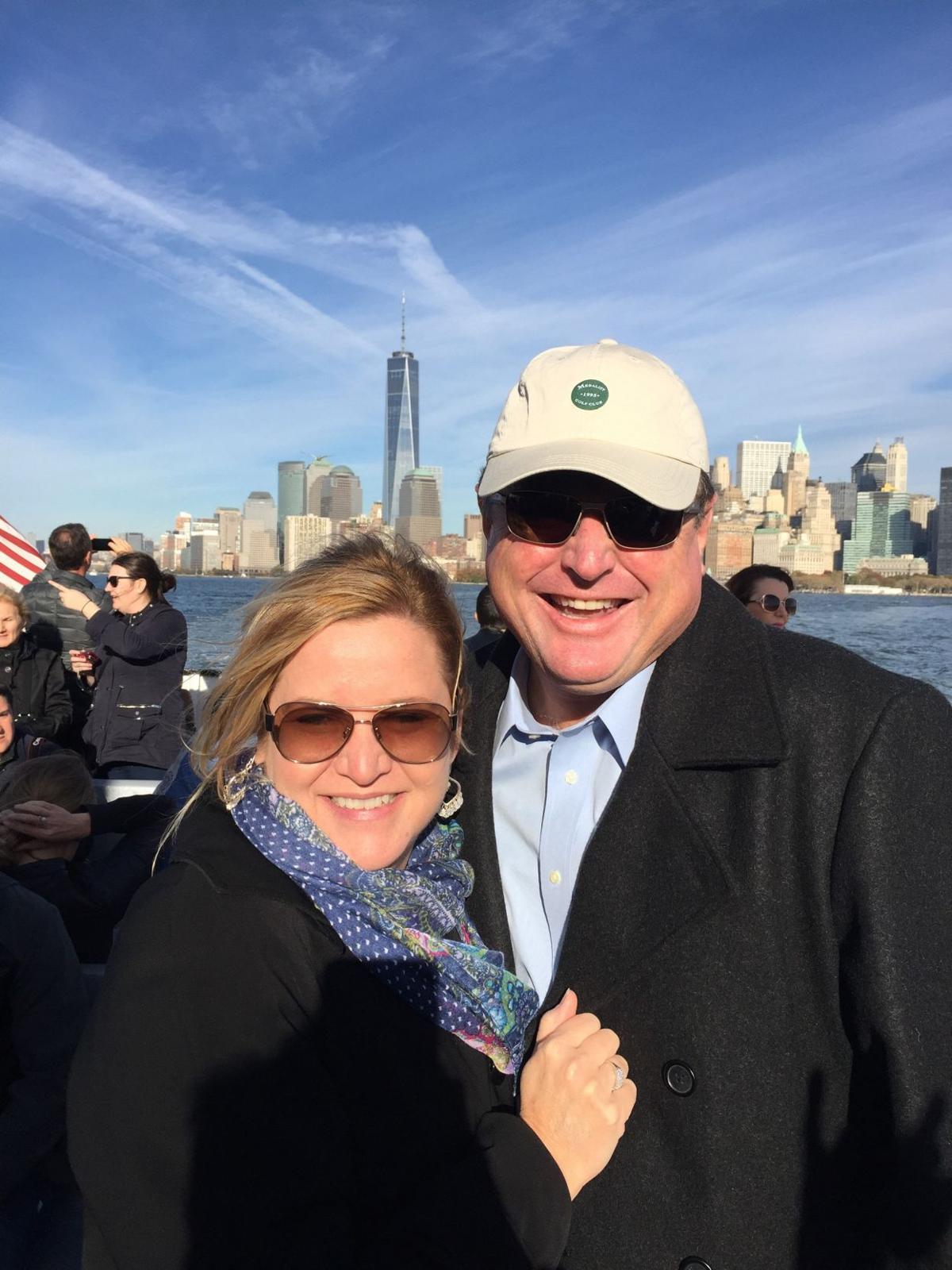 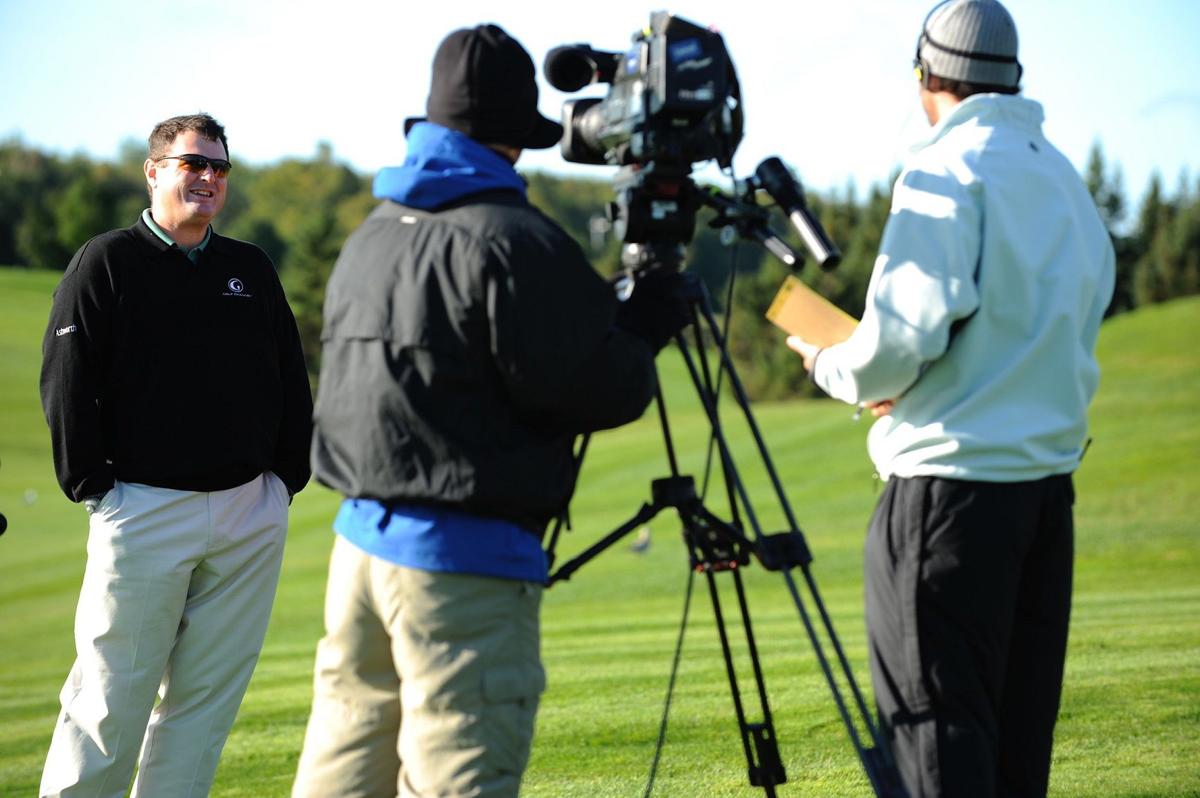 You wouldn’t think booking a few holes on the golf course would be much of an accomplishment for national golf personality Charlie Rymer.

But after what he’s been through, it’s quite the milestone.

This week, the former Golf Channel personality and Murrells Inlet resident will hit the links along the Grand Strand for the first time since a terrifying, unexpected battle with COVID-19 put him in Tidelands Waccamaw Community Hospital for five days – at times wondering if he would recover.

“It’s been scary. Very scary,” Charlie said on Twitter the day he was released from the hospital.

The 52-year-old - who hosts The Charlie Rymer Golf Show online with guests such as legendary golfer Jack Nicklaus, course architect Rees Jones and PGA golfer Dustin Johnson - never imagined he’d end up with the virus he’d seen and read so much about.

At first, he thought he was simply coming down with a mild cold.

His wife, Carol Rymer – a registered nurse at Tidelands Health in the post-anesthesia care unit – kept a close eye on him, regularly checking his vital signs. He was treating the symptoms with over-the-counter medication.

Then came the chills. And a temperature of 104.7 degrees.

“Day three I was like, ‘Uh-oh, this is not a cold,’ ” Carol said. “The evenings and the nights were the worst.”

She took him to get tested for COVID-19 at a physician’s office. He wound up in the hospital by the time the results came back.

‘This thing is strong’

Charlie didn’t have an appetite – “He was living off popsicles, watermelon and Gatorade,” Carol said. On the evening of Thursday, June 25, his oxygen levels plunged. She immediately took him to the emergency department at Tidelands Waccamaw.

“I was very fortunate to have her at home monitoring everything,” Charlie said. “She knew it was time to head over to the hospital.”

With the hospital not allowing visitors to limit the spread of COVID-19, Carol dropped off her husband of 29 years to the care providers – and then waited for word.

“That was heartbreaking,” Carol said. “I went back and sat in the car for an hour not knowing what to do.”

Charlie regularly texted updates. But battling COVID-19 without his wife and loved ones by his side was tough on Charlie, too. His symptoms were severe – difficulty breathing, coughing and lung spasms. He thought about his family – his wife and two adult sons – and, at times, whether he would even make it out of the hospital.

He admitted on Twitter the day he left the hospital, “Laying in the dark by yourself, trying to breathe, thinking of family, and praying is where it hits you that this thing is STRONG and this could be the end.”

“I was concerned,” Charlie recalled feeling. “You are lying there. It’s the middle of the night. ‘I think I better call my boys. …’

“I never had anything that caused breathing difficulties. That’s when I could really feel the strength of the virus. I was concerned.

“But then I’d see my oxygen levels tick up. That gave me hope pretty quick.”

On the path to recovery – and thankful

Carol did what she could from afar – regularly checking in with Charlie and turning to Facebook to encourage friends to say prayers for her husband’s recovery.

“I could tell he was a little scared because he didn’t know which way it would go,” Carol said. “I truly believe all those prayers helped him get through the right way.”

He improved so much he was released a couple of days earlier than expected on Tuesday, June 30.

“I was happy to get wheeled out,” Charlie said.

Now, Charlie is thankful – for the care team at Tidelands Health, for the friends and family who supported him, for life. He’s even found comfort in getting COVID-19 now instead of in the spring – when there was still so much unknown about this new virus. Because experts have learned more about the virus over time, he believes his outcome is better than it might have been during the early days of the disease in the United States.

He still isn’t sure how he was exposed to the virus. Once he got sick, Carol stayed out of work to care for him and got tested for COVID-19 even though she showed no symptoms. She tested positive but still hasn’t felt sick. She quarantined for 14 days.

“It just shows you even in households it could take down one person, and another may not have any illness at all,” Charlie said.

He credits the team members at Tidelands Health for their sacrifices -- putting themselves in harm’s way to treat COVID-19 patients like himself.

“You guys are ready for it there. That is very evident,” said Charlie, who thanked the “heroes at Tidelands Health” on Twitter. “Y’all had your A-game, and you were ready.

“Here are these people on the front lines – they have family and they don’t know me – but they are helping me, getting my treatment going. It is really, really impressive.”

He’s also taken the opportunity to warn others about the seriousness of the virus and encourage them to be smart and not take life for granted.

“It’s very real, and it’s very strong,” Charlie said. “I would just encourage everybody to make smart decisions for themselves and the people around them.”

Charlie is still regaining his strength and expects it will take some time to get his lung capacity back up to normal. He’s eager to hit the golf course this week for a few holes – probably not a full 18.

“I’ve been feeling better every day,” Charlie said Monday. “Every day, I’ve been getting a little stronger. It’s good to get outside and push a little bit.”