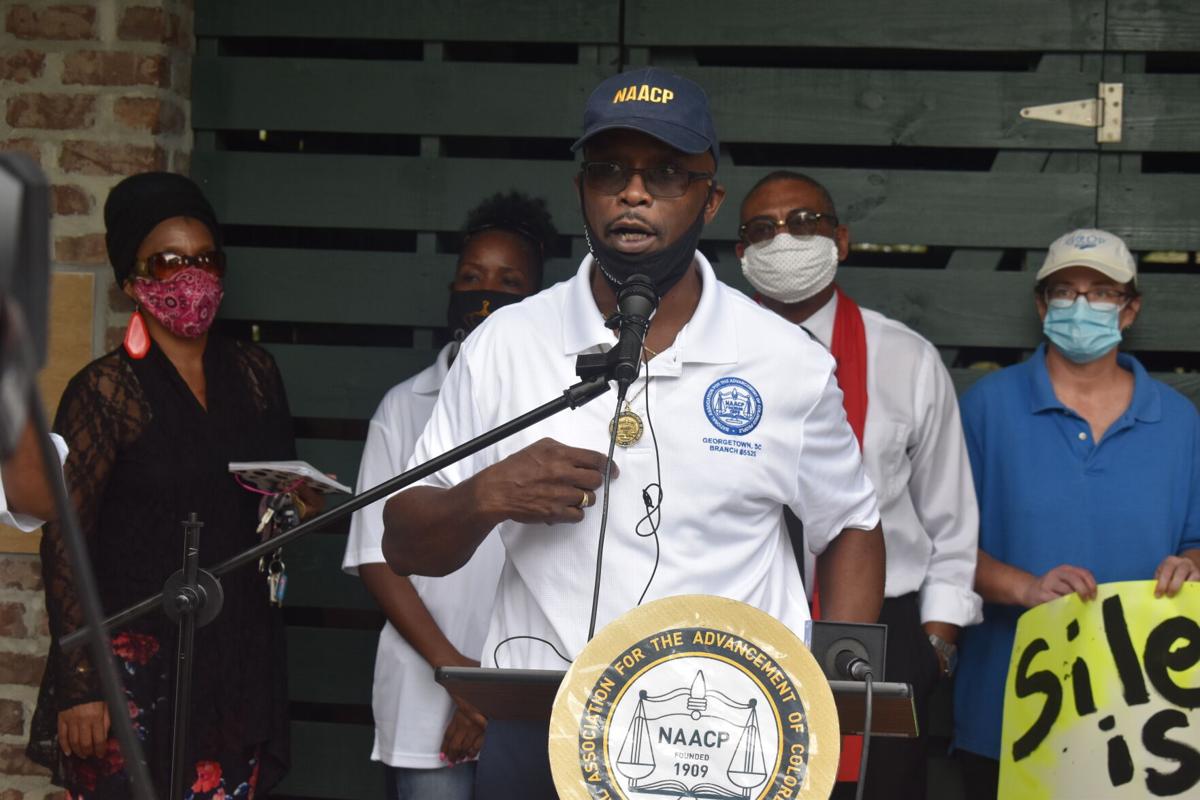 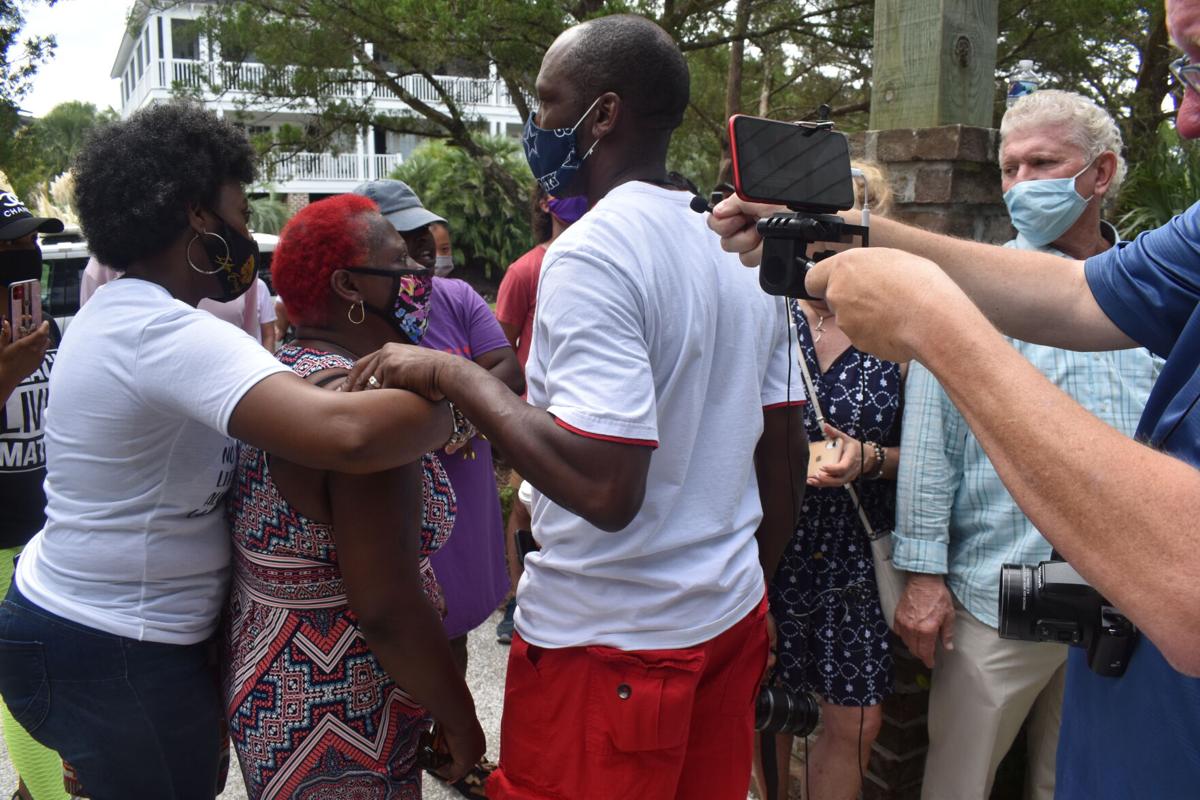 An argument breaks out among spectators on Saturday after the NAACP Georgetown Chapter called for Pawleys Island Mayor Brian Henry's resignation after he made derogatory comments about the Black Lives Matter Movement on Facebook. Danny Kelly/Staff

PAWLEYS ISLAND — The NAACP Georgetown Chapter called for the resignation of Brian Henry, the mayor of the Town of Pawleys Island, at a press conference outside Pawleys Island Town Hall on Saturday morning.

Henry is facing public backlash after calling Black Lives Matter a “terror organization” in a Facebook post on Tuesday — a statement that also included other racially charged remarks — in the aftermath of a double homicide in Georgetown County on Monday.

Charles Nicholas Wall and his stepdaughter, Laura Anderson, who are both white, were both shot and killed after a traffic accident on U.S. 521 in Georgetown County. Ty Sheem Ha Sheem Walters III, a Black man, has been charged with the murders.

To date, law enforcement authorities, nor the families of the deceased, have pointed to race as a factor in the double homicide — although social media comments have become contentious, particularly when referencing Henry's public Facebook post, which has since been deleted.

“Tell me, where is the outrage?” Henry said in the post. “When and where will we begin rioting and burning down businesses in Georgetown? Answer is simple, it won’t happen.”

Henry was not in attendance at Saturday’s press conference.

Neal thinks the comments Henry made on Facebook show that he is not fit to be a public leader.

“We have addressed the situation once vaguely, but I don’t think we can address hate enough,” Neal said. “I don’t want to get up here and call the mayor of this township a racist; but one thing I want to do is make sure that we address the racist comments — that’s important. When comments are made and we don’t address them, then we condone it. We have to be so careful of what we say as a person and as a human being.”

When reached via text message, Henry declined comment on the call for his resignation, but did say that he would be releasing a statement in the upcoming week. The exact timing is not yet known.

Marilyn Hemingway, the NAACP Georgetown Chapter second vice president and president and CEO of the Gullah Geeche Chamber of Commerce, explained the purpose of the Black Lives Matter movement.

Like Neal, Hemingway believes Henry is unfit to lead a community based on his racist comments.

“We are ignored on a daily basis, and when you elect someone in position who became a public servant, not just for you, but for all us here in Georgetown County, South Carolina, he was obligated to rise to the moment,” she said. “Yet he did not because of the burden of his white privilege, and it is a burden whether you know it or not.”

Minister Jackie Williams noted that instead of using the situation to unite the community, he did the exact opposite.

Williams made it clear that once something is posted on social media, there is no going back.

Yasmine Bennani, who is originally from Pawleys Island, read a letter she sent to Henry regarding his comments on Facebook.

“Brian, you are mayor of the town that raised me and owner of what used to be my favorite cheese (Palmetto Cheese),” she said. “I am not here to judge you, sir, I am here to offer you a different point of view, because the remarks you made publicly concern me. Your use of power and your use of the platform you have to spread hate and divide amongst a community that I love was careless at best. Your words highlight a white-privileged mindset that so many of us have, and that hatred which drove you to react as you did is cancerous, sir.

"And it’s not only cancerous to yourself, but to this nation, to this town, and to this county.”