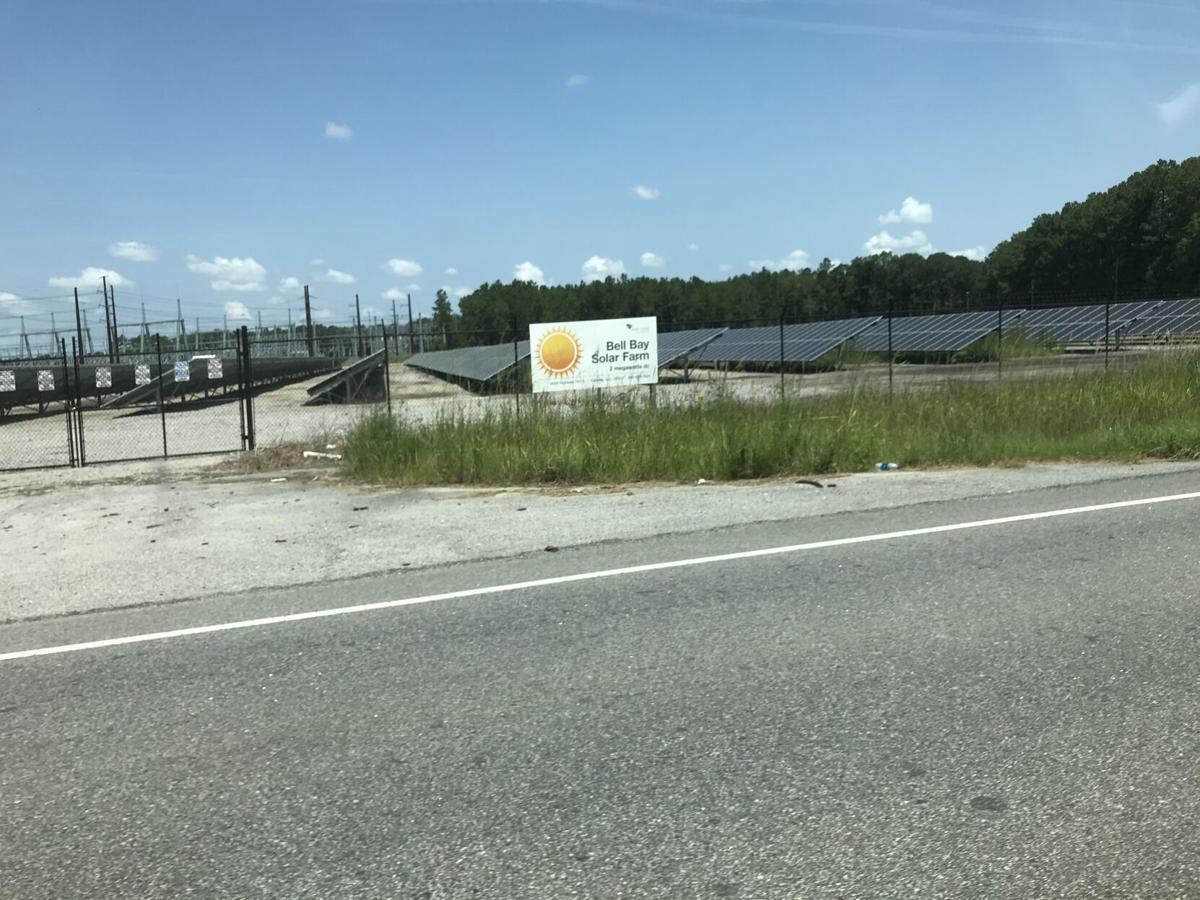 The Bell Bay Solar Farm near Conway is larger than the one planned for Georgetown County. It gives an idea what the facility will look like when it’s put in place at the Georgetown County Commerce Center near Andrews. 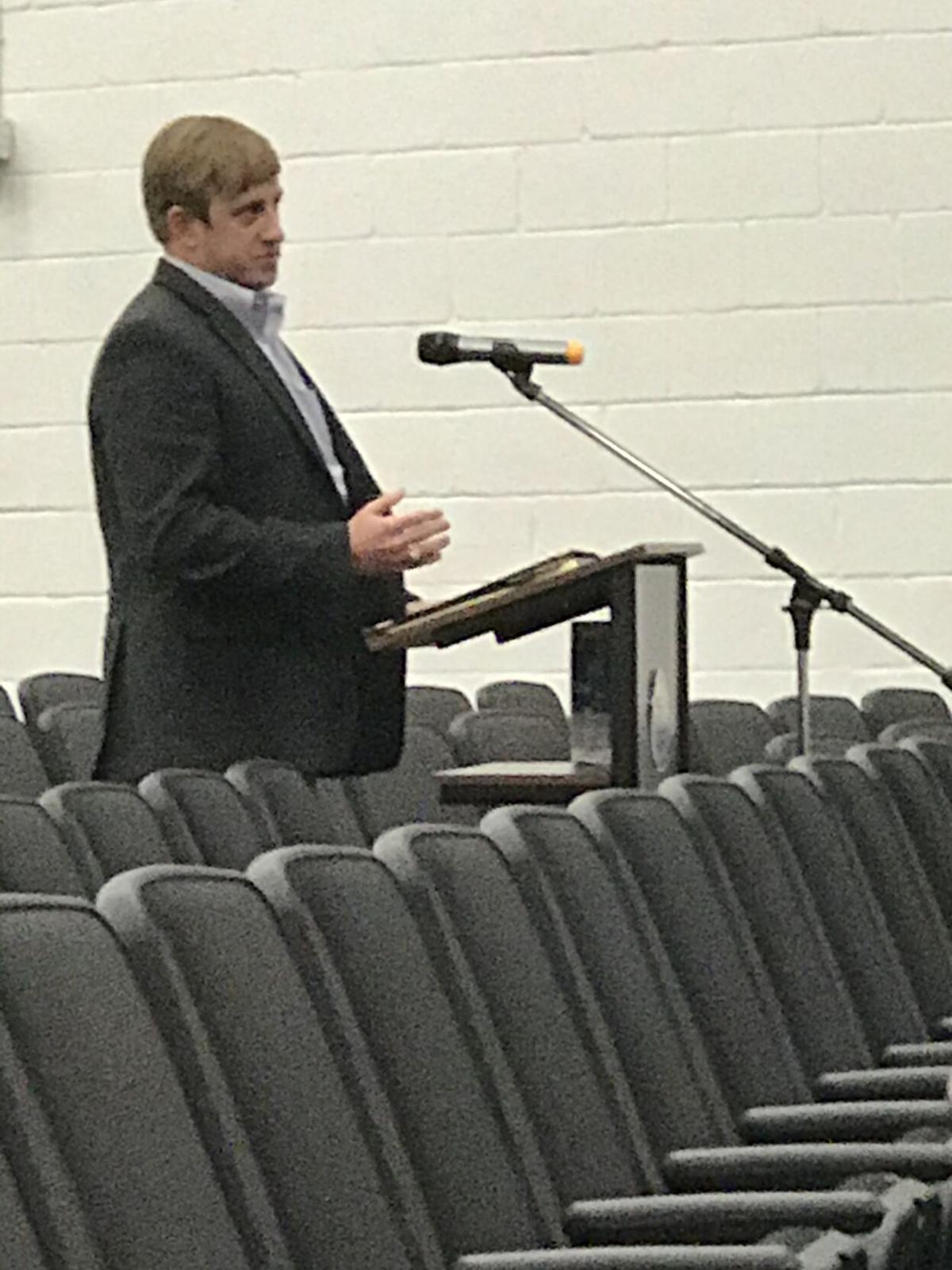 Alex Hall spoke before the Georgetown County Planning Commission about a solar farm that Central Electric Power plans to build near Andrews.

The Bell Bay Solar Farm near Conway is larger than the one planned for Georgetown County. It gives an idea what the facility will look like when it’s put in place at the Georgetown County Commerce Center near Andrews.

Alex Hall spoke before the Georgetown County Planning Commission about a solar farm that Central Electric Power plans to build near Andrews.

The Georgetown County Planning Commission heard a request to approve a solar farm to be built in the Georgetown County Commerce Center outside the Town of Andrews. The industrial park is along U.S. Highway 521. The 4.94-acre parcel will be sited along the highway, so it can be used for informational and educational purposes for the general public and for schools.

Commissioners gave their OK to a rezoning request during their regular meeting on Thursday, July 16.

In the works since discussions began in 2017, the proposed solar farm still needs to gain three readings before Georgetown County Council.

Since the county already sold the land to Central Electric Power (CEP) for the solar farm that SEC will use, Planning Director Boyd Johnson indicated that he didn’t foresee any obstacles from County Council.

While the project will serve customers of Santee Electric, he said, schools may also want to bring students for an educational visit to the site to see a solar panel farm in operation.

This would be the first solar farm in Georgetown County.

Bell Bay Solar Farm is along U.S. Highway 701 North near Conway. That particular farm has 5,904 solar panels on a 10-acre parcel. They generate 2,827 MWh annually.

While it’s significantly larger than the planned solar farm near Andrews, it can give people an idea what it will look like.

“Boyd did a good job” explaining the project, Hall said. “Although this property will be owned by Central Electric Power, it will be a solar farm for Santee Electric. If people don’t want to put (solar) panels on their houses, they could buy into this.”

Jay Kirby is Vice President of Public Affairs for Santee Electric at his headquarters in Kingstree.

He told the Georgetown Times / South Strand News that he doesn’t have a target date for completion of the project. The COVID-19 pandemic has had its effect on the process.

The 130 Kilowatt solar farm near the SEC headquarters in Kingstree has been in service since May 2018. Kirby said each of the 20 electric co-ops in the state either has or is planning to have a solar farm in its service area. Taken together, they are expected to generate 250,000 KWh.

These solar farms are commercial or community operations and don’t have anything to do with individual household solar panel installations.

At the same time, Kirby said, people can sign up for the community solar farm program if they don’t want their own solar panels.

There’s an upfront cost of $50, he said, and a monthly fee of $14 to participate in the community solar farm program. In the warm months the credits generated by the solar farms can be more than the monthly fee. As an example, Kirby said, the May 2018 credit for the Kingstree installation was $18.46, so that was $4.46 more than the fee. In colder months, the solar credit isn’t as much.

“It allows people to see the benefits of community solar without having to put in $40,000 to $50,000 investment, and is environmentally conscious,” Kirby said.

SEC is in the process of taking bids on the Georgetown project.

For more information about Santee Electric Cooperative you may visit their Web site at:

The utility has offices in Georgetown, Kingstree, Hemingway, Lake City and Manning. The phone number at the main office in Kingstree is 1-800-922-1604.

Here’s a link to the co-op’s solar information: