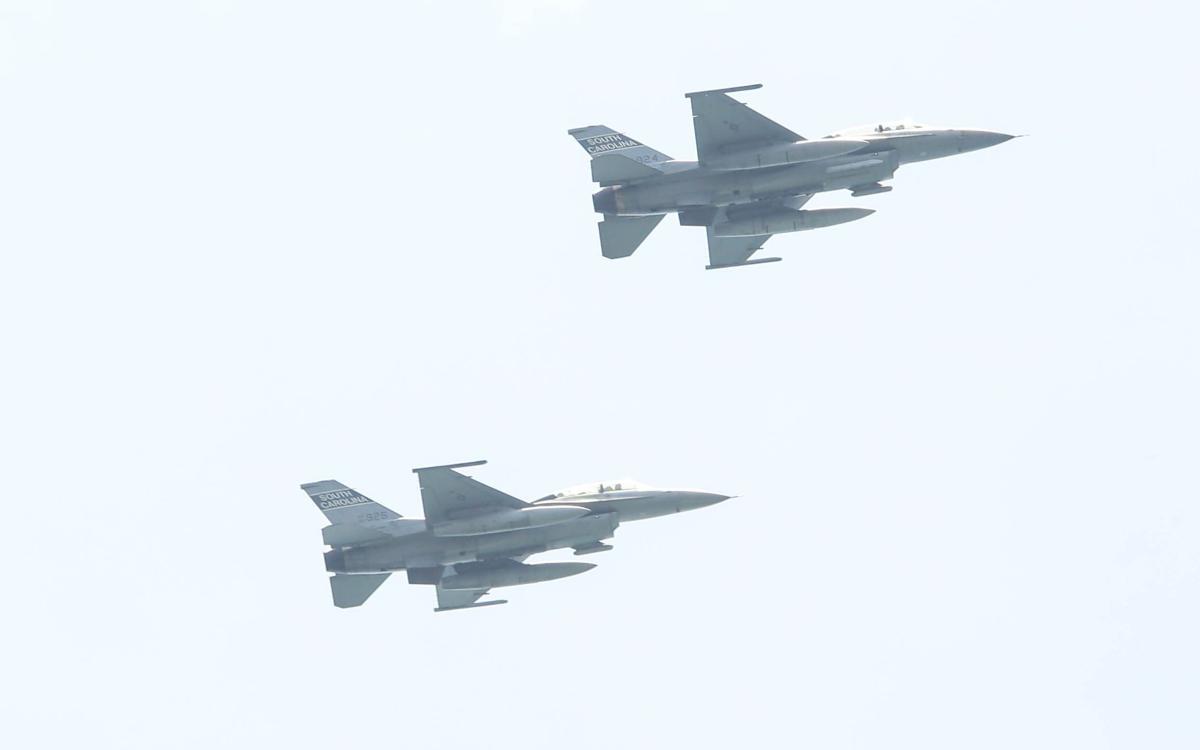 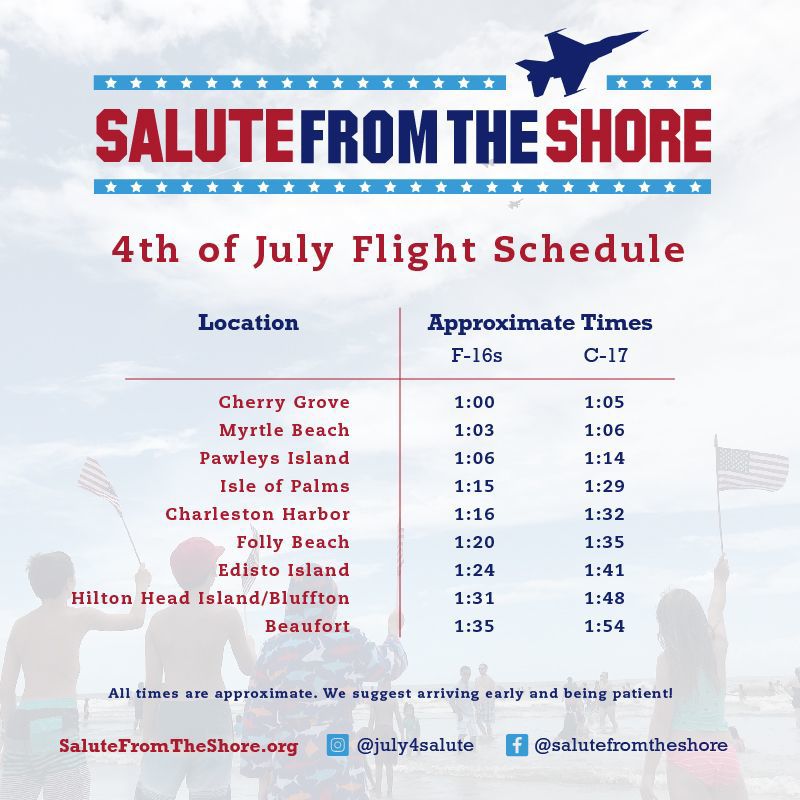 This Saturday, July 4, 2020, the non-profit Salute From the Shore will take to the skies once again with their 11th Annual Salute From the Shore featuring military planes from both Shaw Air Force Base and Charleston Air Force Base, as well as a vintage, civilian-owned and flown aircraft. The planes will fly down the South Carolina coastline from Myrtle Beach to Bluffton, and will offer beachgoers a chance to gather together to salute those in the Armed Forces that are currently serving or have served our country. Everyone is invited to celebrate the 4th of July and honor the United States Military during this free military flyover.

Salute From the Shore is a non-profit, grassroots group of patriotic South Carolinians that founded the non-profit for the sole purpose of honoring the Armed Forces on Independence Day. On a day where family and friends gather together to celebrate, there are many currently serving the United States overseas, away from their family and their friends. The founders of Salute From the Shore wanted to recognize their sacrifices and honor them on a day where the United States celebrates its freedom.

Residents and visitors alike are encouraged to dress in their most patriotic red, white, and blue attire and head to the South Carolina coastline for a day with family and friends. Everyone on the beach will have a front row view to the incredible flyover—but it’s recommended that you arrive early, as crowds will grow throughout the day, and to plan on staying throughout early afternoon to catch all of the planes participating in Salute From the Shore. As the planes fly above, it’s a chance for beachgoers to cheer, salute, wave their flags, take photos, and to reflect on the sacrifices that so many have made so that our country can celebrate its freedom together each year.

This year’s Salute From the Shore will begin at the North Carolina/South Carolina border, 40 miles north of Myrtle Beach, at approximately 1pm and will make its way down the coastline, where it’ll end in Bluffton. The flyover will begin with two F-16s from Shaw Air Force Base and a C-17 from Charleston Air Force Base. Following the military planes will be a civilian-owned and flown vintage aircraft, a P51. This plane flies slower than the military planes and will extend the Salute through the afternoon as it makes it’s way down the South Carolina coastline. Beachgoers are encouraged to stick around after the initial military planes flyover to be able to see the vintage aircrafts. As always, please be mindful these are older planes with volunteer pilots, so weather conditions and mechanical issues play a role in how many ultimately fly.