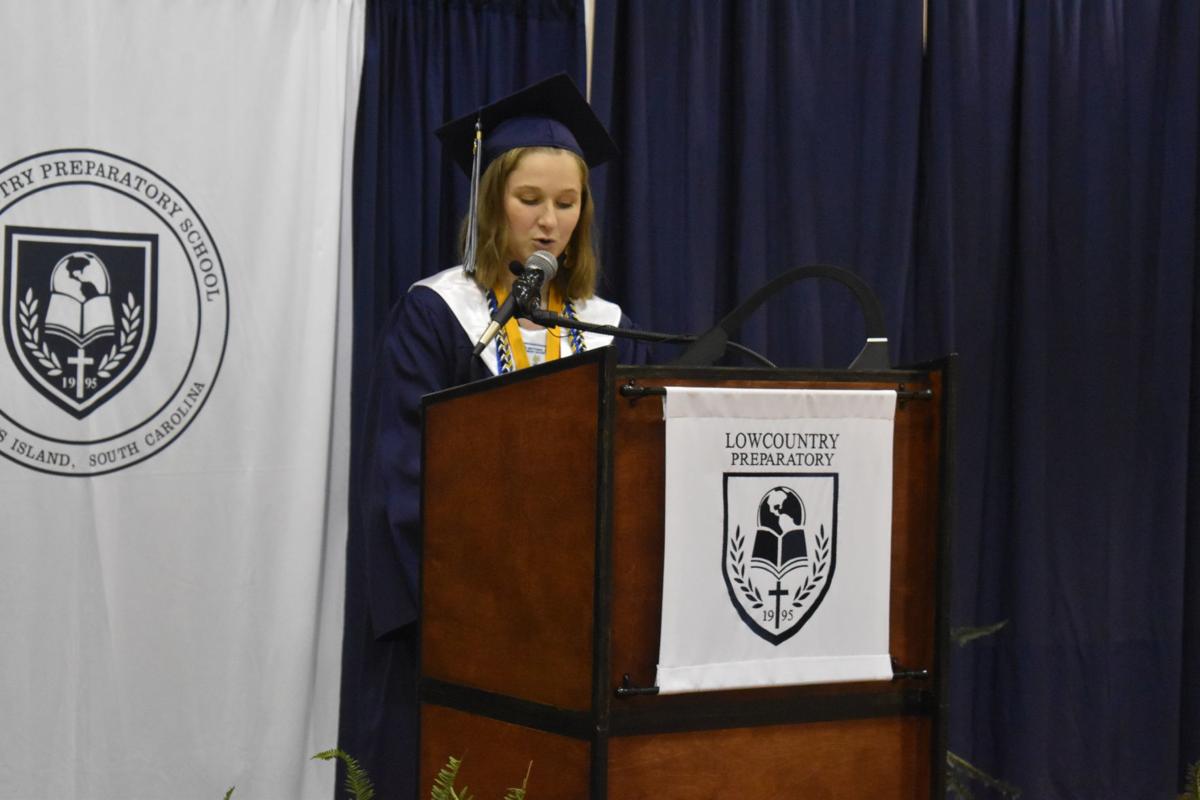 Lowcountry Prep Valedictorian Julienne Steffen adresses the crowd at the school's commencement ceremony honoring its 2020 graduates on Wednesday, May 27. 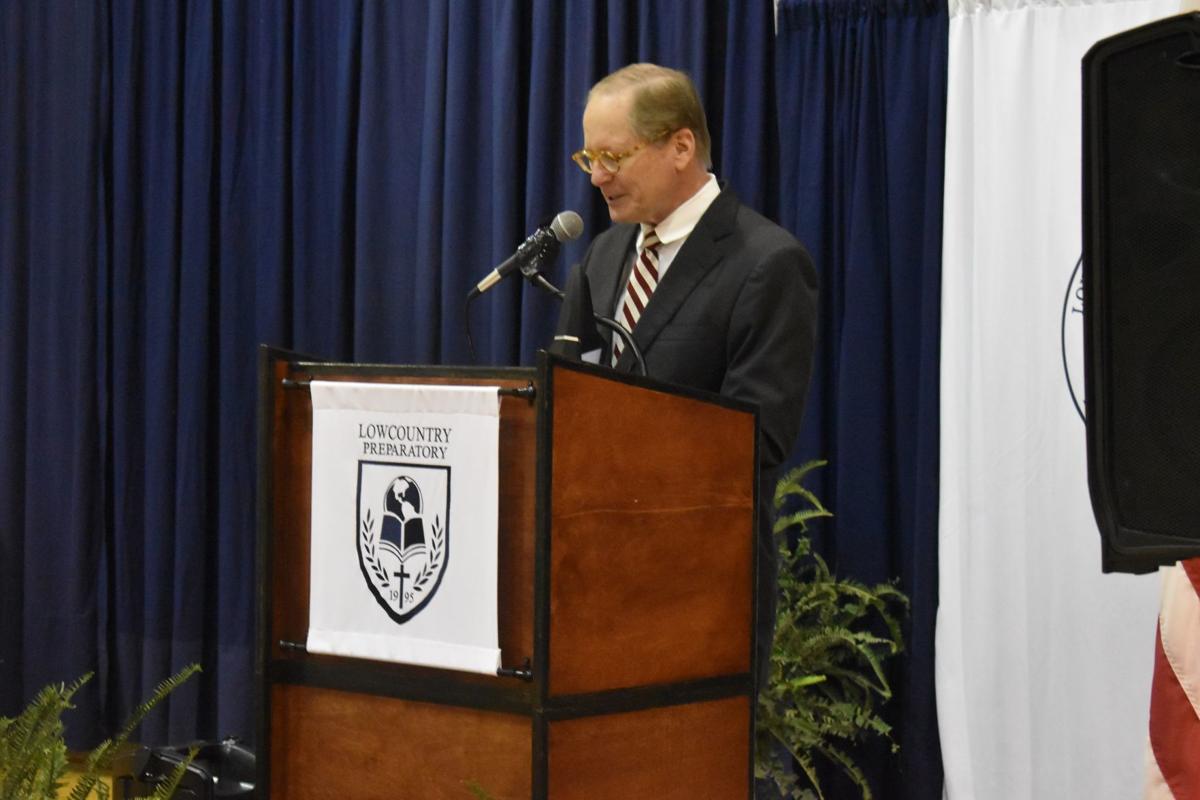 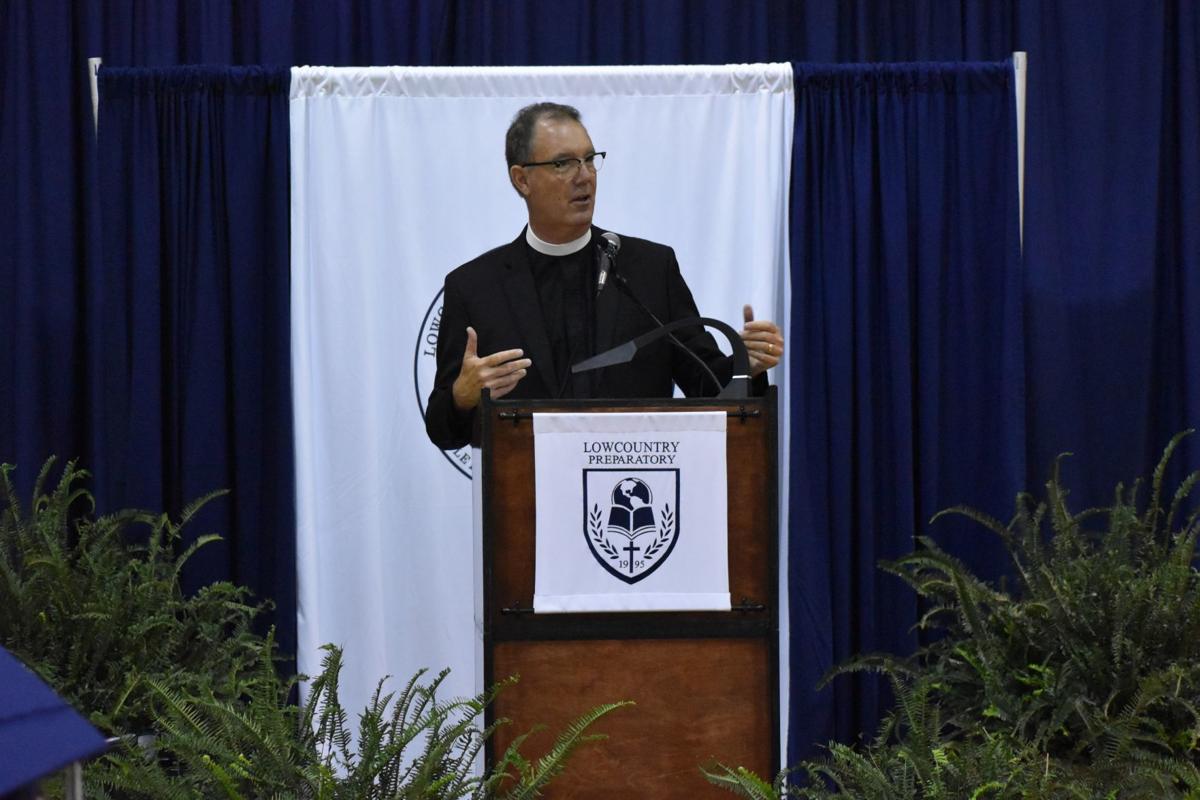 Lowcountry Prep Valedictorian Julienne Steffen adresses the crowd at the school's commencement ceremony honoring its 2020 graduates on Wednesday, May 27.

PAWLEYS ISLAND – The rain and COVID-19 couldn’t stop Lowcountry Preparatory School from honoring its Class of 2020.

The school had a commencement ceremony for its six graduating seniors on Wednesday, May 27 in its gymnasium. The ceremony was originally supposed to be held at the school’s soccer field, but inclement weather forced the festivities indoors.

Johnson first thanked the faculty and staff of the school when he addressed the crowd.

“First of all, I have to thank the teachers and administration for being outstanding for the three years I’ve been here at Lowcountry Preparatory School,” he said. “All of you have been there for my classmates and I through the years in all of our highs and lows.”

Johnson addressed how having such a small graduating class can be beneficial.

“As most, if not all, of the seniors have experienced, people want to discuss our high school graduation and our future plans,” he said. “They often ask me where I go to school and how big my graduating class is. They are often shocked when I tell them my graduating class has six students. However, there are many positive things about having a class this small in the past and future.

“I think the thing that will be most difficult to adjust to in college will be not having class with such a small number of students,” Johnson, who will be attending The College of Charleston Honors College, said. “Many times, people lose touch with their classmates from high school, but I don’t think that will be an issue with us. Forget class reunions; we can all have dinner together at the counter at Waffle House.”

Steffen, who will be attending The College of William & Mary and The University of Saint Andrews in Scotland, noted how graduation seemed to come out of nowhere in her address.

“Graduation wasn’t something I planned for, or even something I really anticipated,” she said. “It sort of just snuck up on me. At some point between college applications and last minute cram sessions, I was writing this speech and high school was over.”

Steffen also talked about how COVID-19 impacted her final semester in high school and how it contributed to her time at Lowcountry Prep’s seemingly abrupt ending.

“Let’s be honest, quarantine didn’t exactly help,” she said. “Making the transition from student to graduate would’ve been less jarring if we had the prom or exams, but then again, maybe not. We’ll never know. So I started thinking about how these things do sort of sneak up on you. You spend some much time dreaming about it and wishing for it and then one day it’s here, and you’re not even entirely sure what to do with it. Like having kids; you go from nine months of pregnancy and half a dozen maternity books and then the kids finally comes and you don’t really have any idea what to do with it, so my mother tells me.”

Steffen is grateful for everything Lowcountry Prep has helped her achieve and is optimistic about the future.

“Lowcountry gave me the tools that I needed, the resume and the attitude to succeed in the college application process and life in general,” she said. “I trusted in my gut feeling just like I’m trusting now, and my gut tells me everything is going to be OK. The world will get back on its feet and we’ll be all the better for it. Until then, it’s important to remember everything good we do have in our lives, because there’s a lot of it. I have so much to be thankful for.”