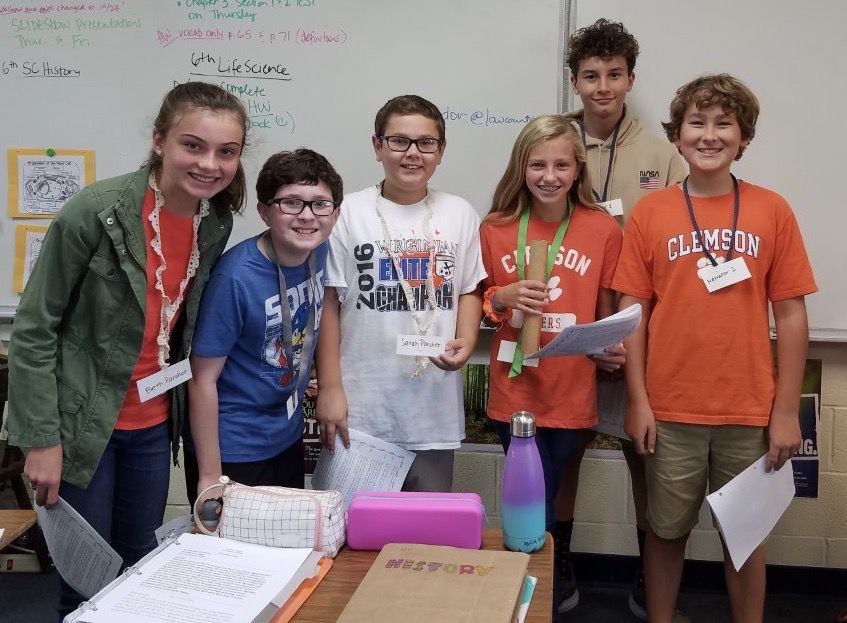 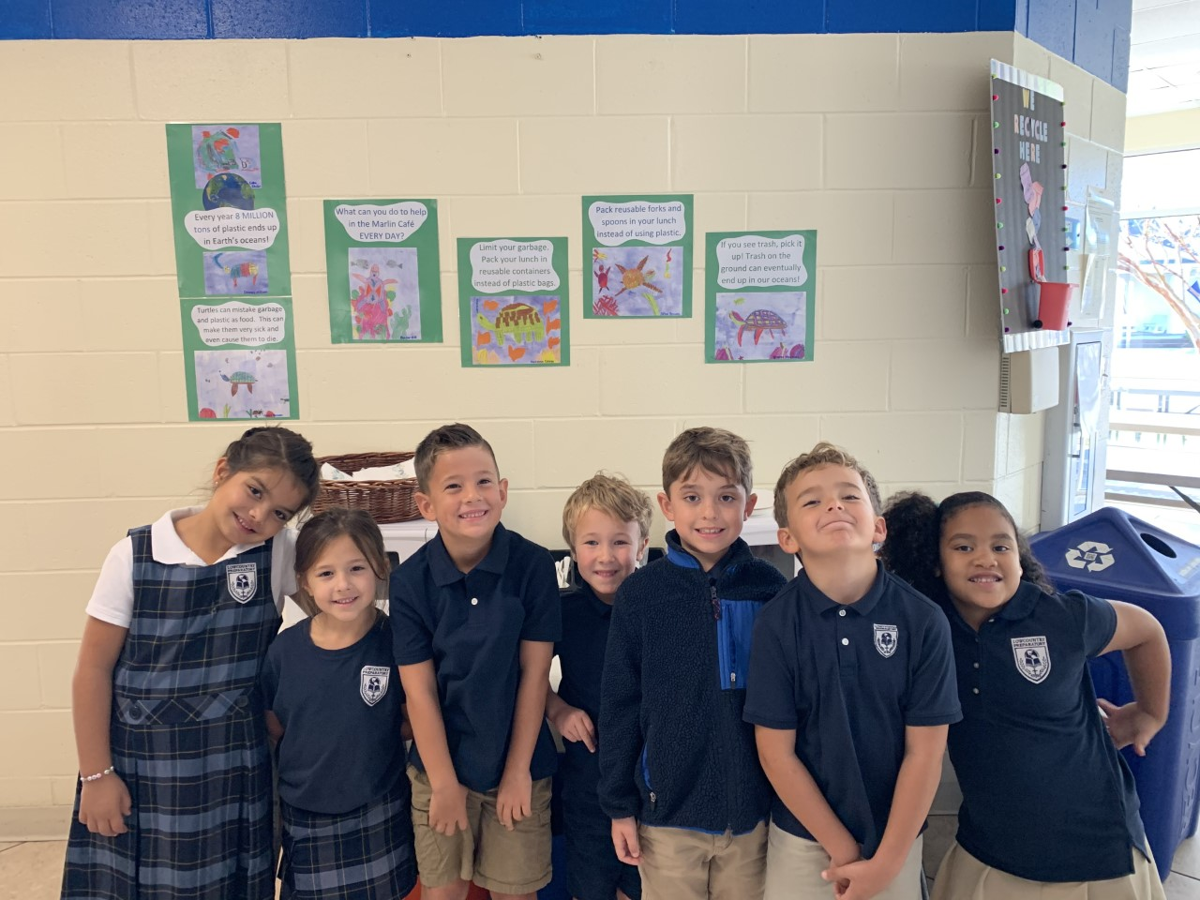 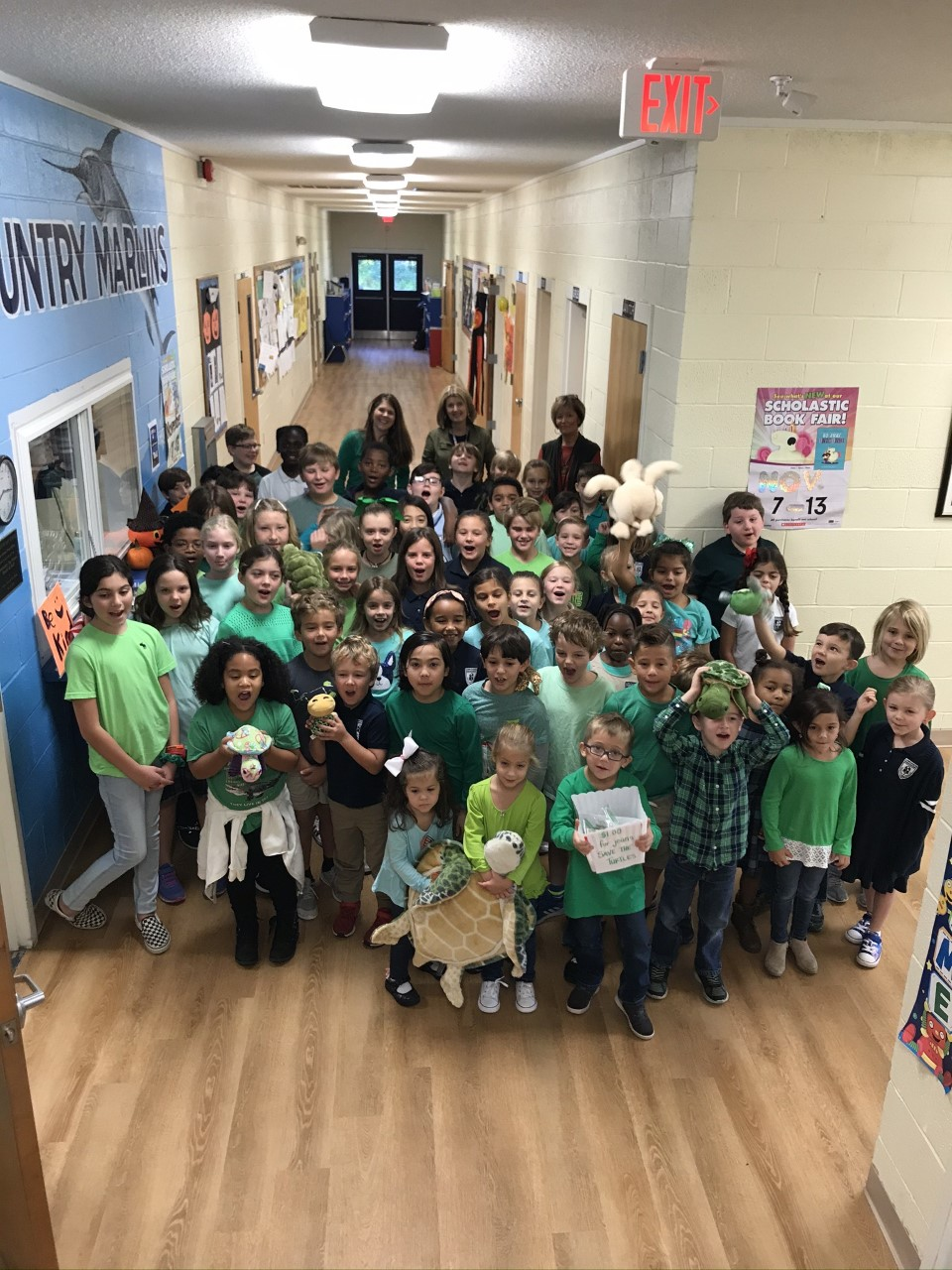 This year, Lowcountry Preparatory School began its very own environmental group, called the Marlin Mission. The Marlin Mission, a Lowcountry STEM program, is a community-based program that focuses on real-world problems and aims to help students become citizen scientists in their school and local community. This year, the Marlin Mission is focusing on protecting the sea turtles. At the start, we held a logo contest for our program, and received a lot of entries! The winners were Lower School students Luisa Lee and Elizabeth Little. Our runners-up were Griffin Ballard for Middle School, and Peyton White for the Upper School. Our other entries (over 50), have been hung up in the Marlin Cafe to raise awareness about the growth we are making in the Marlin Mission program.

To kick this project off, we have adopted a sea turtle from the Sea Turtle Conservancy. The sea turtle, named Philanthropy Phyllis, is a loggerhead turtle who is taking part in the Tour de Turtles, where migrating turtles are tracked through satellite telemetry. Phyllis will be swimming to promote awareness about beach erosion. The students will be able to track Phyllis in real time in their classrooms. Classes from the Lower School have also raised money to be Sea Turtle Guardians. This program, through the Charleston Aquarium, gives our school access to sea turtles in the Sea Turtle Care Center, their medical information, early notifications about sea turtle releases, and monthly updates on the turtle patients.

In the Lower School, support for the Marlin Mission has been tremendous. These students have raised money by having Green and Jeans days (wearing a green shirt and blue jeans). They have discussed many ways that they could help the turtles by recycling, using less single use plastic, and more. The K4-K5 classes had a STEM lesson where they created an ocean environment and then watched what happened to the water as it was polluted by human impact. First graders made posters to educate our school about the various ways our students can reduce trash while eating lunch. They strategically placed the posters above the disposable utensils in the Marlin cafe as a great reminder that we can make a difference helping the sea turtles right here at our school. Third graders, Caroline Keene Adams and Dylan Copenhaver also helped raise funds with a lemonade stand in their own neighborhood. The money they made was donated to the Sea Turtle Care Center at the Charleston Aquarium to rehabilitate injured or sick turtles and release them back into the wild.

In the Upper School, sixth graders, Ashley O’Neal, Hutton Balco, and Anna Kate Livingston, proposed ways to protect sea turtle nests on our shores. These solutions ranged from using trip lines, GPS tracking systems, and alarm systems to keep predators away. The ninth graders, Thierry Tison and Matthew Allen, made a sculpture of a Marlin (LPS’s school mascot) filled with plastic in its mesh belly. It is hung on the ceiling in the Marlin Cafe. This sculpture represents what human impact has on our sea life from litter, plastic, and pollution.

As a whole school, an assembly was held where SCUTE spoke to the entire Lowcountry Preparatory School student body and faculty. SCUTE (South Carolina United Turtle Enthusiasts) is a group that protects the turtle nesting habitat in our community. They also educate locals on sea turtles and how to protect them. It was such a good learning experience!

So far, the Marlin Mission has educated students about sea turtles, the dangers they face from pollution, what we can do to help them and protect our environment. This STEM program will continue to educate students and spread awareness in our school and our community!