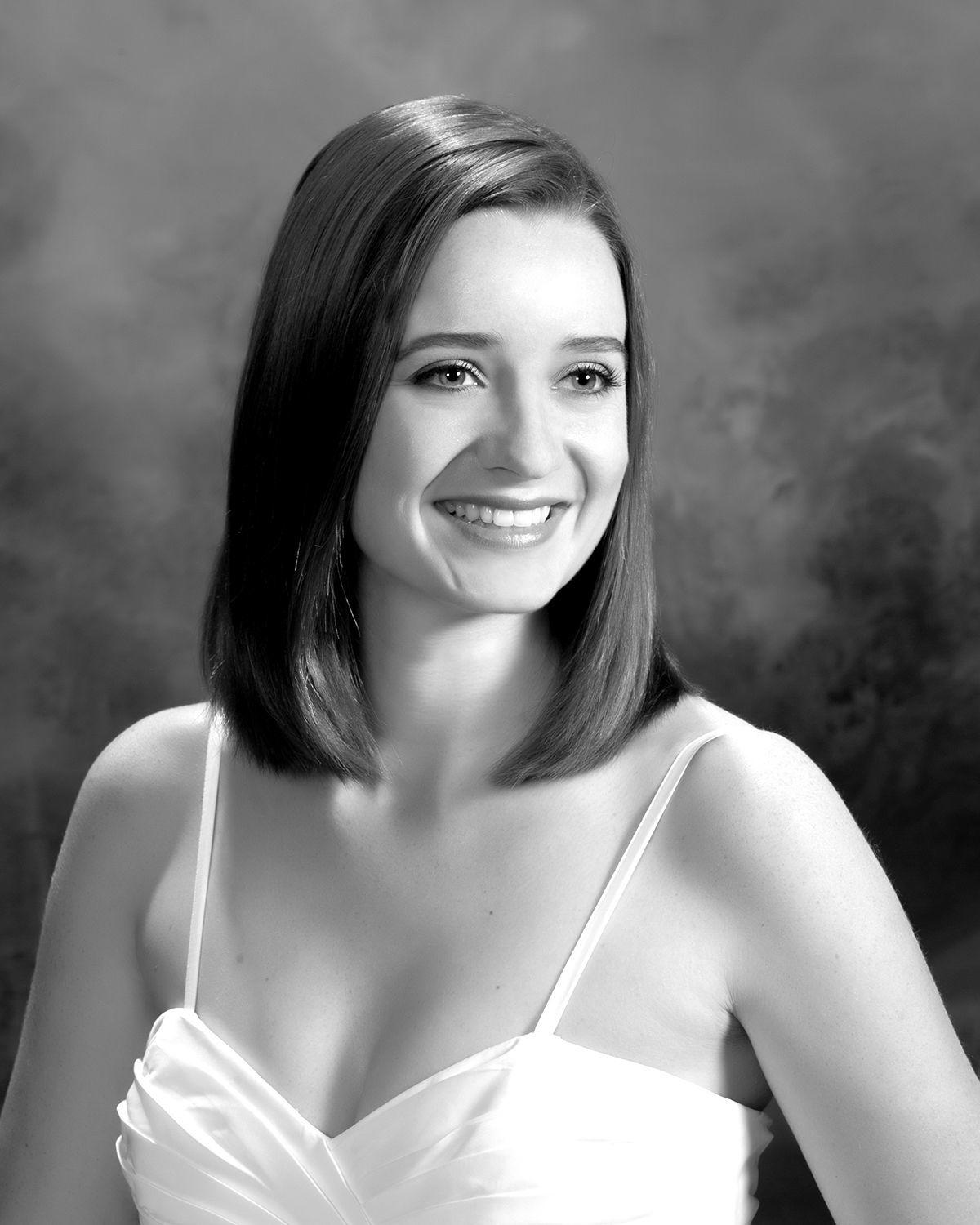 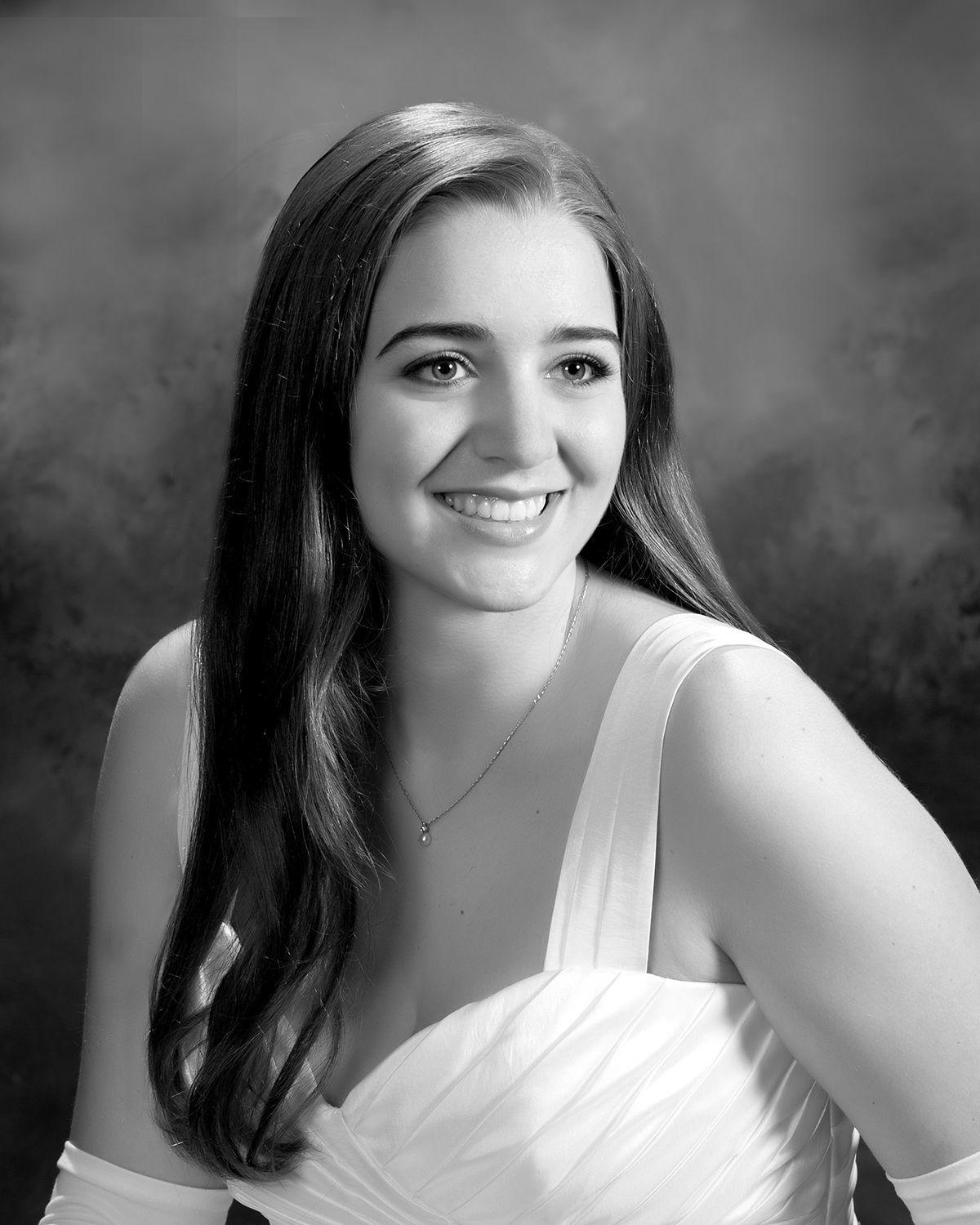 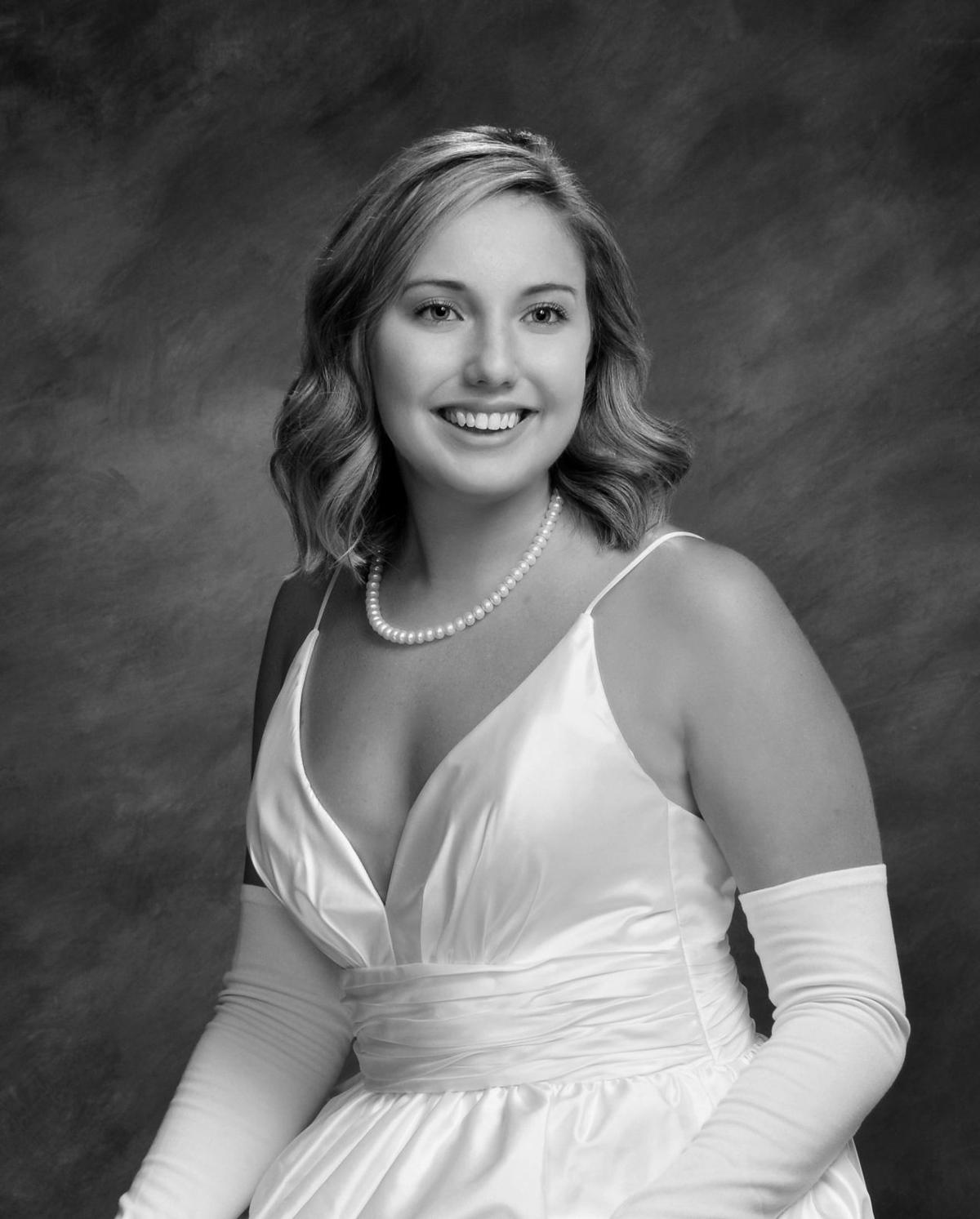 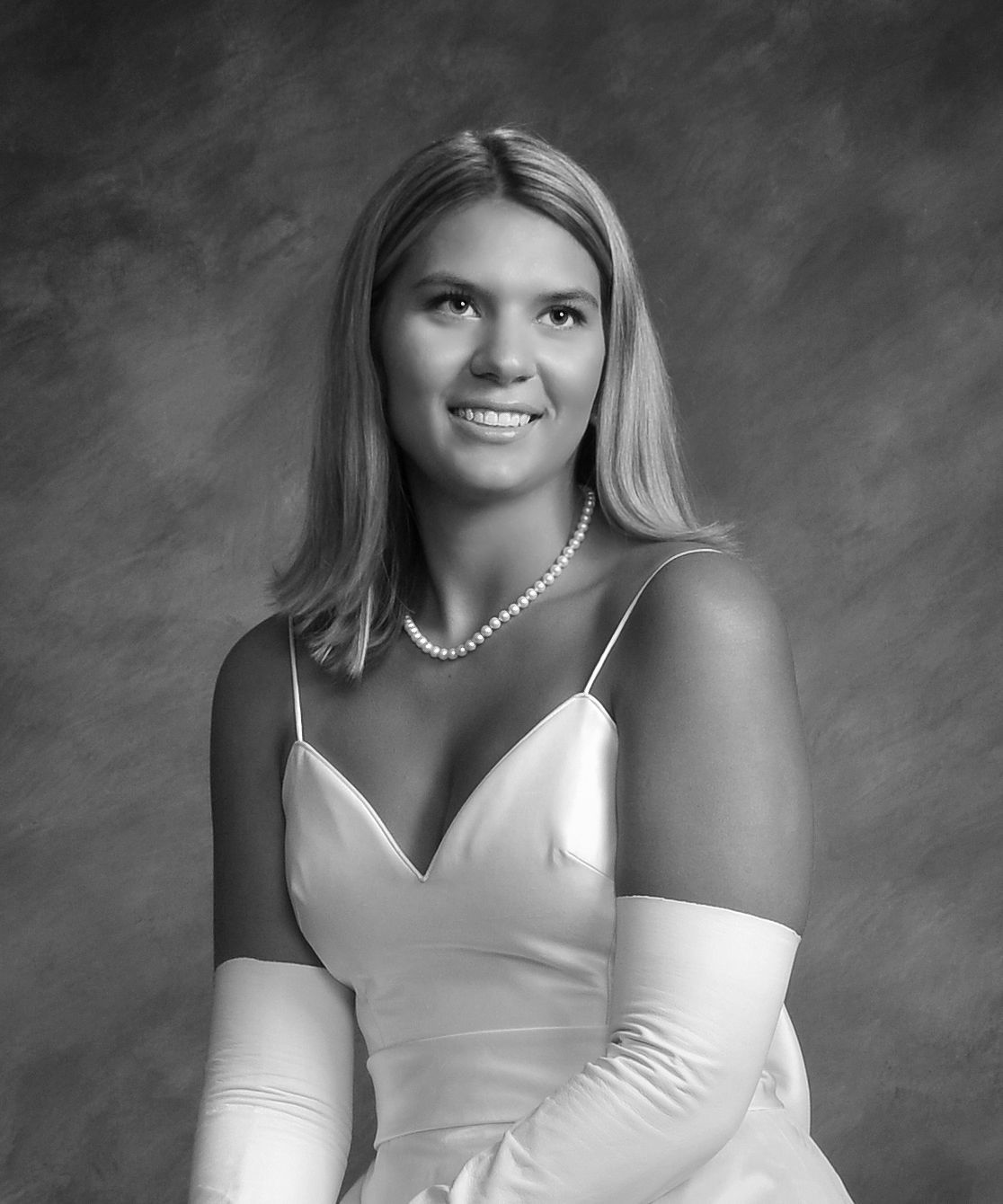 The Ribbon Club of Georgetown held its annual Christmas Ball at the Winyah Indigo Society Hall on Saturday, Dec. 9, celebrating its 60th anniversary. The married couples dance club was founded on Jan. 5, 1957.

Making their debut were:

Miss Addison Grace Cox, the daughter of Mr. Terry Bradford Cox of Atlanta and Mrs. Janet Lynn Woodbury of Greenville. She is the granddaughter of Mr. and Mrs. Billy Proctor Woodbury. She is is a graduate of Riverside High School in Greenville and is currently attending Clemson University as a sophomore. She was presented by her grandfather. Her escort for the evening was Garrett O'Neil Ballard, who is a sophomore at Coastal Carolina University. Her uncle, Andrew Sidall Johnson, was her marshal.

Miss Anne Hunter Cox, the daughter of Mr. Terry Bradford Cox of Atlanta and Mrs. Janet Lynn Woodbury of Greenville. She is the granddaughter of Mr. and Mrs. Billy Proctor Woodbury. She is is a graduate of Riverside High School in Greenville and is currently attending Clemson University as a freshman. She was presented by her uncle, David Boineau Edwards.Her escort for the evening was Charlie Carter Thompson, who is a sophomore at Clemson University. Kent Lee Moore was her marshal.

She wore a white taffeta gown with a sweetheart neckline and crisscross pleats across the bodice. The waist featured a belt of iridescent beads.

Miss Peyton McKenzie Johnson, the daughter of Mr. and Mrs. Robert Logan Johnson of Pawleys Island. She is the granddaughter of Mr. Conny Joe Meador, Mrs. Lea Silva Meador, Mr. and Mrs. Jerry Max Wallace and Mrs. Arlene Jennell Wallace. She is a graduate of Waccamaw High School and is currently attending the College of Charleston as a sophomore. She was presented by her father.Her escort for the evening was Madrick Seth Poston, who is a sophomore at the Citadel. Charlie Faye Thompson Jr. was her marshal.

She wore a white satin A-line gown with a V-neck and a full skirt.

She wore a dupioni silk ballgown with a deep neckline, spaghetti straps, hidden pockets and a deep V-back embellished by a bow.

Miss Alyssa Marie Mathiessen, the daughter of Dr. Joerg Guenther Mattheissen and Mrs. Angela DeLeone Mattheissen of Atlanta. She is the granddaughter of Mr. and Mrs. Dion Frank DeLeone and the late Mr. and Mrs. Guenther Friedrich Alfred Matthiessen. Miss Matthiessen is a graduate of The Galloway School and is currently attending Clemson University as a sophomore. She was presented by her grandfather, Dion Frank DeLeone.Her escort for the evening was Henry Lewis Young IV. Henry Lewis Young III was her marshal.

She wore a white sheath gown with a sweetheart neckline. The gown featured allover lace with floral embellishments and spaghetti straps that carried over to the back in a crisscross pattern.

The festivities began with a reception hosted by the girls’ parents, as a way to say "thank you" to the Ribbon Club members for presenting their daughters to society. Honorary greeters were Dr. and Mrs. John Anthony Joseph Jr. and Mr. and Mrs. Bolivar Sawyer III.

Adorning the debutante table as the centerpiece was the traditional silver candelabra holding five epergnes. The floral arrangement consisted of one red rose from each debutante’s bouquet with a red ribbon extending from the rose to the table. Baby’s breath flowers and greenery accented the arrangement. Silver punch bowls were placed at either end of the table. A crystal punch bowl was placed in the adjoining room.

The host couple for the 2017 Christmas Ball was Mr. and Mrs. Stephen Woody Truluck. The theme for this year’s ball was “Nature’s Plenty.” The decorations were rustic elegance which incorporated reindeer and deer antlers, branches, greenery, and natural textures juxtaposed with elements of gold, mercury glass, and clippings of smilax, cypress, pine, and fir. Music was provided by the Paul Grimshaw Band from Murrells Inlet.

The debutantes marched with their presenters through the debutante arch covered with pink debutante camellias, smilax, and baby’s breath. Before the presentation, the dance marshals formed an aisle with white ribbons and bows. The debutantes each chose a marshal and then they chose three from the club at large: Mr. Scott King Herrington, Mr. Joseph Phillip Lazzari and Mr. Timothy Irwin McConnell.

The ball was held until midnight with dinner at 11 p.m. Serving coffee during dinner were Mr. and Mrs. James Alton Morris III, Mr. and Mrs. Randerson Ivy Stephens Jr. and Mr. and Mrs. Stephen Woody Truluck.

During the season, the debutantes attended several events.

On Nov. 24, the debutantes along with their guests were welcomed into the home of Mr. and Mrs. James Charles Daniels for a fall brunch. Mothers and grandmothers of the debutantes also attended the event. The dining room table had an autumn flower arrangement complimented with a pair of silver candelabras. Guests were served a Lowcountry punch with the brunch. Serving the ladies was Mr. Sam Kennedy. The guests were entertained by Mr. Paul Ivan Skoko, who played music on the piano. Each debutante was given a Lowcountry cookbook adorned with a handmade rosemary wreath by hostess Mrs. James Charles Daniels.