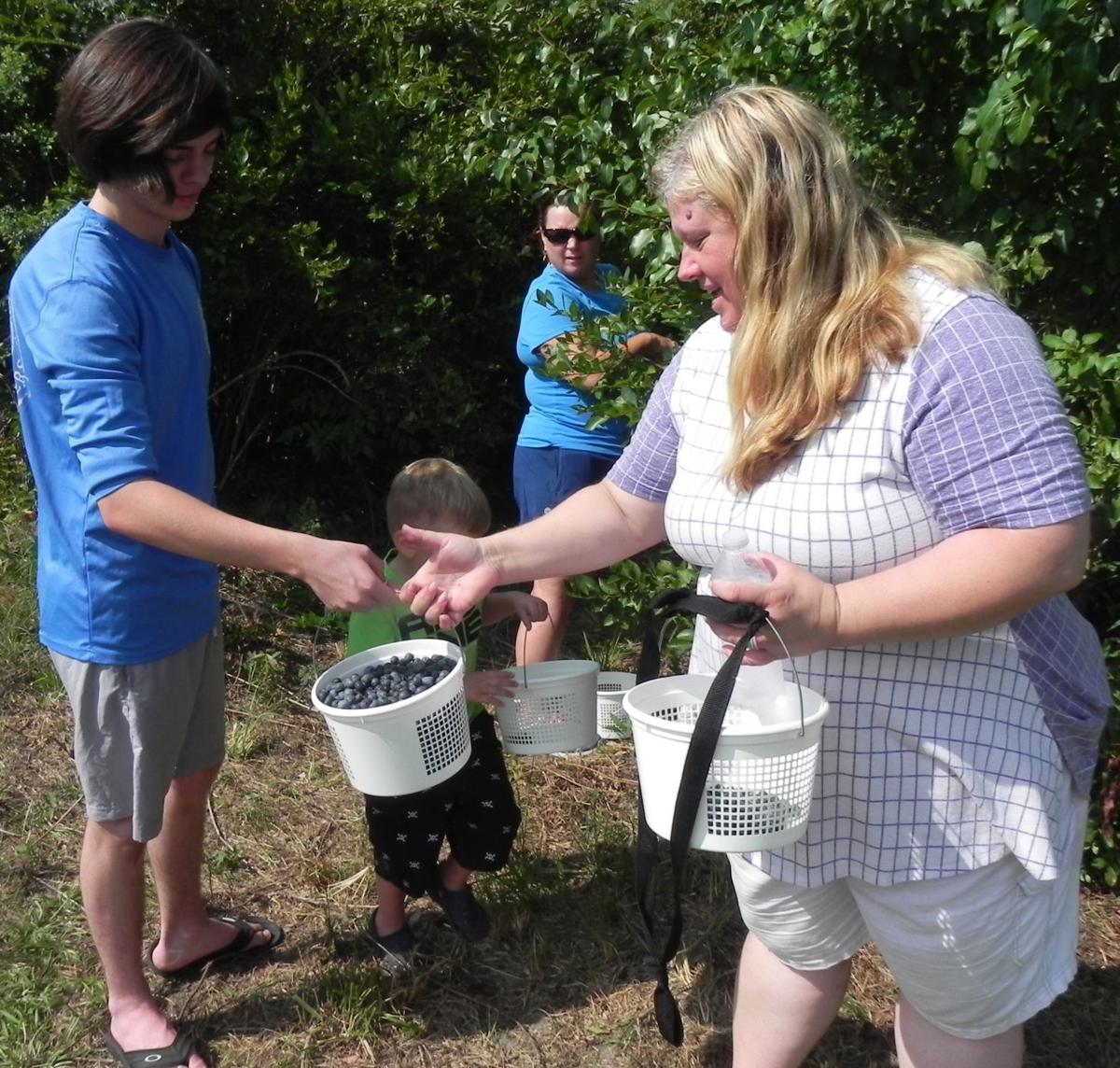 Ian Woodward hands off a blueberry bucket to Niki Howard, who organized the first blueberries for Toni day at Parsons Blueberry Farm on July 14. Also pictured is Henley Howard, center, and Erin Ethridge. 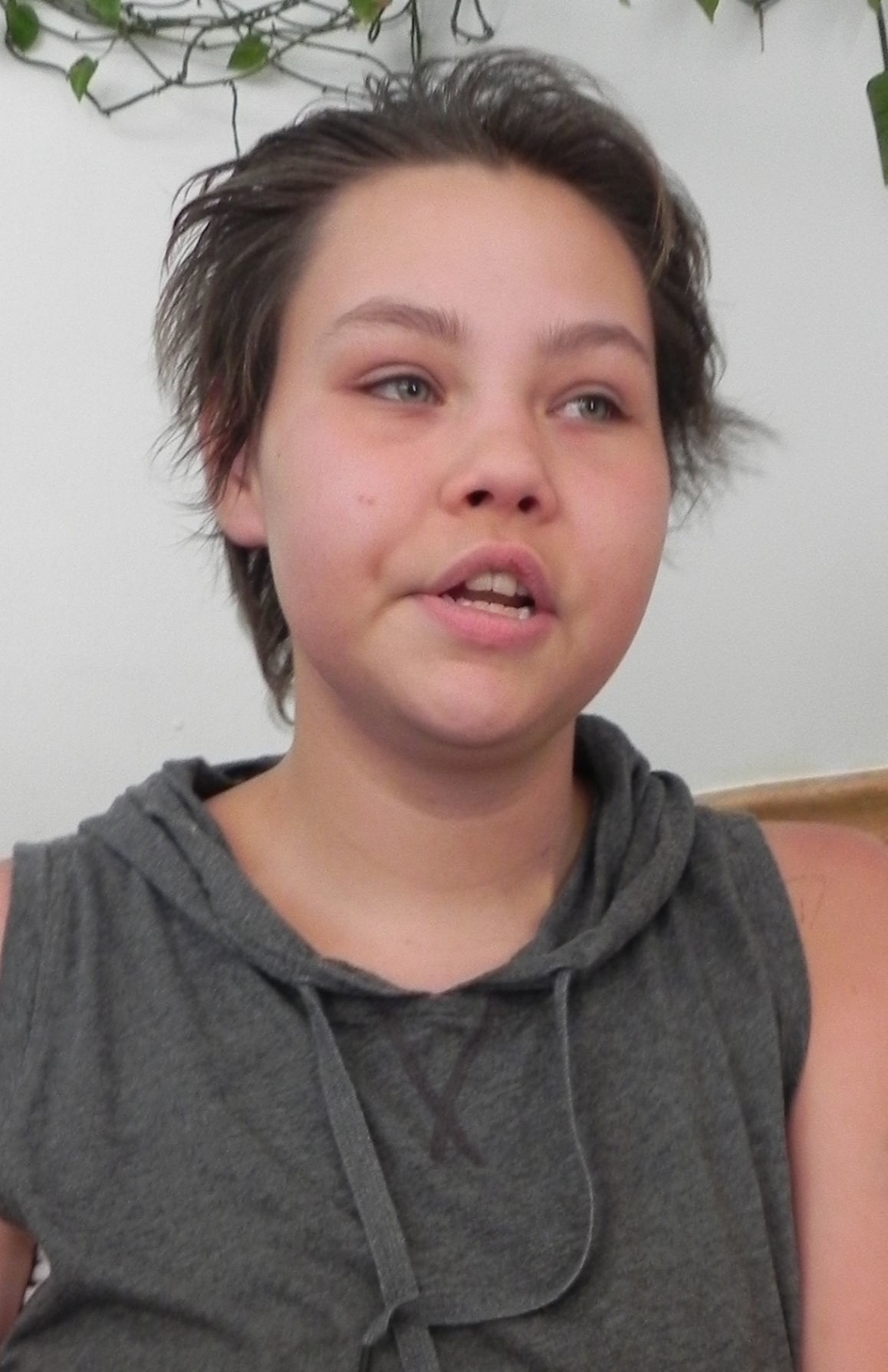 Toni Casselman talks about her diagnosis with a rare form of liver cancer. She’s also a diabetic, and has done a lot of research herself on her cancer and its treatment and effects. 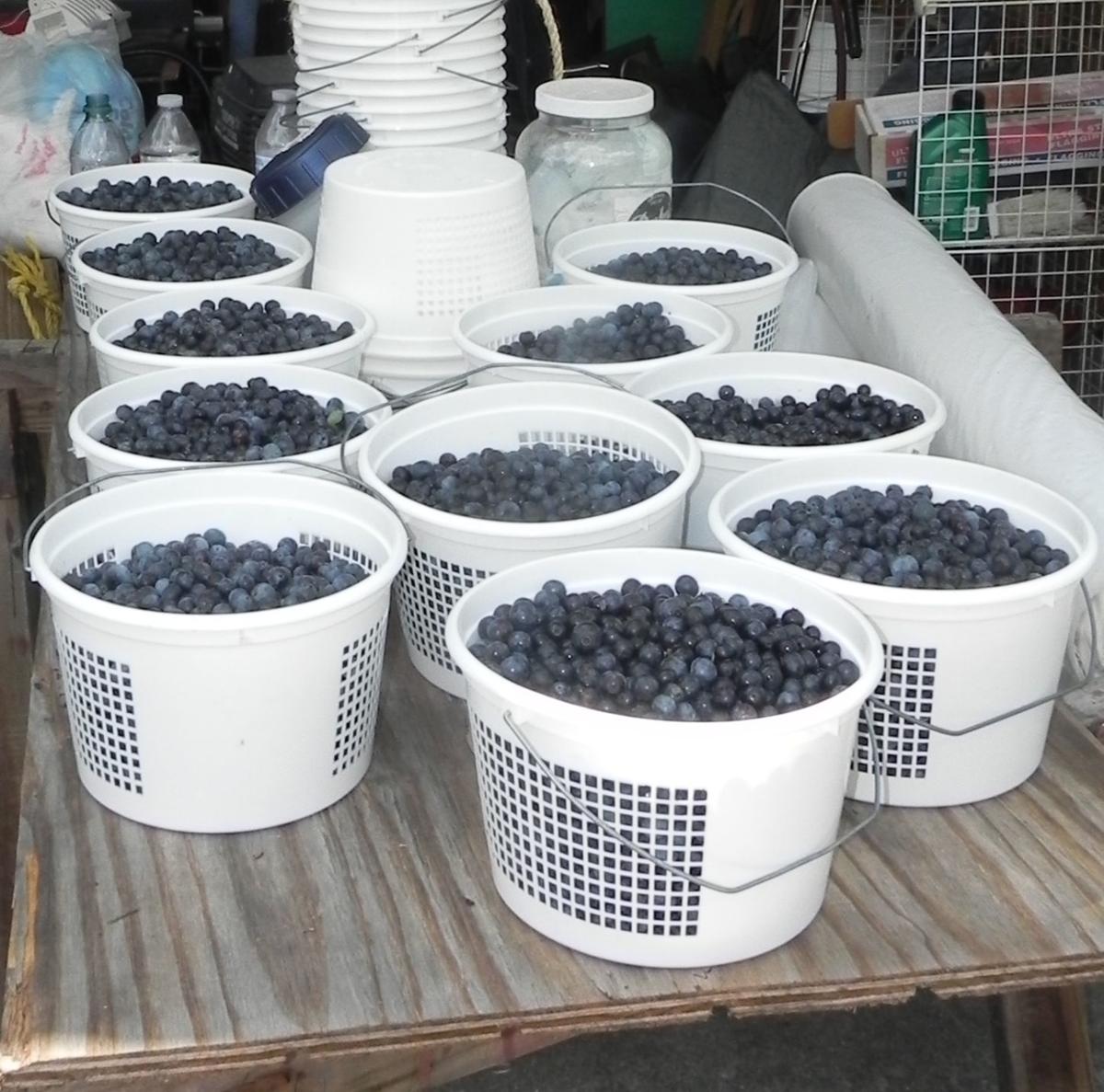 Ian Woodward hands off a blueberry bucket to Niki Howard, who organized the first blueberries for Toni day at Parsons Blueberry Farm on July 14. Also pictured is Henley Howard, center, and Erin Ethridge.

Got a hankering for a bucket of blueberries? Want to help a teen who has a rare form of cancer? Parsons Blueberry Farm can help you achieve your goals.

From sunrise to sunset, any day of the week, the folks at Parsons will give you the opportunity to pick some tasty blueberries and help Toni Cassleman and her family.

If you would like to join a group of folks willing to do the same, ride out to the farm on Saturday, July 21, between 7 a.m. and 8 a.m. when her grandparents and other family members will be "picking for a cause." The farm is located at 58 Christmas Tree Ave. in Andrews.

Her form of liver cancer - fibrolamellar hepatocellular carcinoma – is a mouthful. And it’s rare.

According to the Fibrolamellar Cancer Foundation, fibro “is a rare liver cancer that usually occurs in adolescents and young adults who have no history of liver disease. Fibrolamellar has an incidence rate of 1 in 5 million in the population at large.”

Toni said for young people like herself who also have diabetes, the incidence of this form of cancer is even rarer.

The U.S. Census Bureau population clock estimates that there are currently more than 328 million people in the country. Statistically, that would mean she is one of less than a hundred young people who have both fibro and juvenile diabetes.

Insurance covers much of the hospital and doctor bills. There’s no insurance, however, to cover the countless 120-mile round trips from Parsons Blueberry Farm to the children’s cancer center at the Medical University of South Carolina.

When Toni goes to Charleston for outpatient treatment, there's the cost of gas as well as meals for her,  her mom Theresa Parsons and her step-dad Joey Parsons. Her hair has grown back, but wigs and scarfs were a cost.

Perhaps even more significantly financially, the blueberry farm is an important part of the family’s income. Since Toni’s diagnosis in early 2017, the family's focus has been on medical care.

The blueberries are looking good, but the bushes haven’t gotten the maintenance and attention they would normally receive. The family could use help with picking berries now, before the end of blueberry season in August.

Toni Casselman is diabetic. While serious, diabetes is treatable and the teenager has long known how to give herself insulin injections and to monitor her blood sugar levels.

Her mom, Theresa Parsons, is herself a diabetic and also gives herself injections.

In August 2017, Toni had an ultrasound which she said “accidentally found a mass on my liver.”

Doctors at first ordered a biopsy but ended up not doing one. Instead, they removed a mass on her liver that was about the size of a cell phone, and about 10 percent of her liver. Also during that surgery, two of her lymph nodes were removed. They were positive for fibro.

Over the past year, she and her family – parents, grandparents and others – have made the trip from Andrews and Georgetown to MUSC. She was allergic to a pain medicine and got a head-to-toe painful rash. The medicine has been changed, but she still gets a rash from the tape on bandages. Her skin is thin so applying and removing dressings is painful.

She’s been to inpatient and outpatient at MUSC many times.

Despite all of that, Toni loves school and has worked to keep up with assignments. Some work she’s done at home or while she’s in the hospital. Other school work she’s done online. And when she’s been able to do so, she’s been back in the classroom at Andrews High School.

Recently, Toni has been placed under hospice care. She spent a week at Camp Happy Days, and she, her parents and step-sister will soon make a trip to Disney World and other attractions through the Make A Wish Foundation. Hospice of Georgetown and Hands of Hope are also providing care and assistance for Toni.

Kat Woodward is a friend of Niki Howard, Toni’s cousin who set up the “Team Toni” Facebook page. She and her son, Ian Woodward, were among the group helping to pick blueberries, which they donated to the family to resell.

A two-time cancer survivor, Kat is happy to help people dealing with the disease. Another of her sons, Justin Woodward, also survived a bout with cancer.

“I was very fortunate at the time,” Kat said. “I worked for Lexington School District One. They got together and gave me gift cards for gas and such. If not for that, I would have gone seriously in debt.”

She was a teenager when her first cancer – endometriotic cancer – invaded her body. At that time, she was in Pennsylvania. The course of that cancer, diagnosis and surgery to remove it was about two years.

Then, in 2011, she had cervical cancer. She was treated with surgery and radiation, and cleared in 2012.

She has a common tie with Toni Casselman also because of Camp Happy Days. Justin Woodward was in remission in 2010 and went to Camp Happy Days himself.

“I love Camp Happy Days. They were a saving grace,” Kat said. The program is for kids with cancer and their siblings.

“They help the camper cope with cancer and still be a kid," Kat said.

During her treatment in 2011, fellow teachers donated days so she would not have to take as many unpaid days off.

“When Justin was first diagnosed (with severe aplastic anemia), I would say 'why.' My pastor said stop that. Ask for God’s help.”

Theresa Parsons said if you would like to pick blueberries to donate to the family to sell, talk to someone on site.

Since the farm is open dawn to dusk, if you’d like to come on another day than this Saturday when a group will gather, you’re welcome to call 843-221-7570 for further information.

If you’d like to help but can’t pick blueberries, there is a GoFundMe page, “Fighting for Toni," set up to make donations.