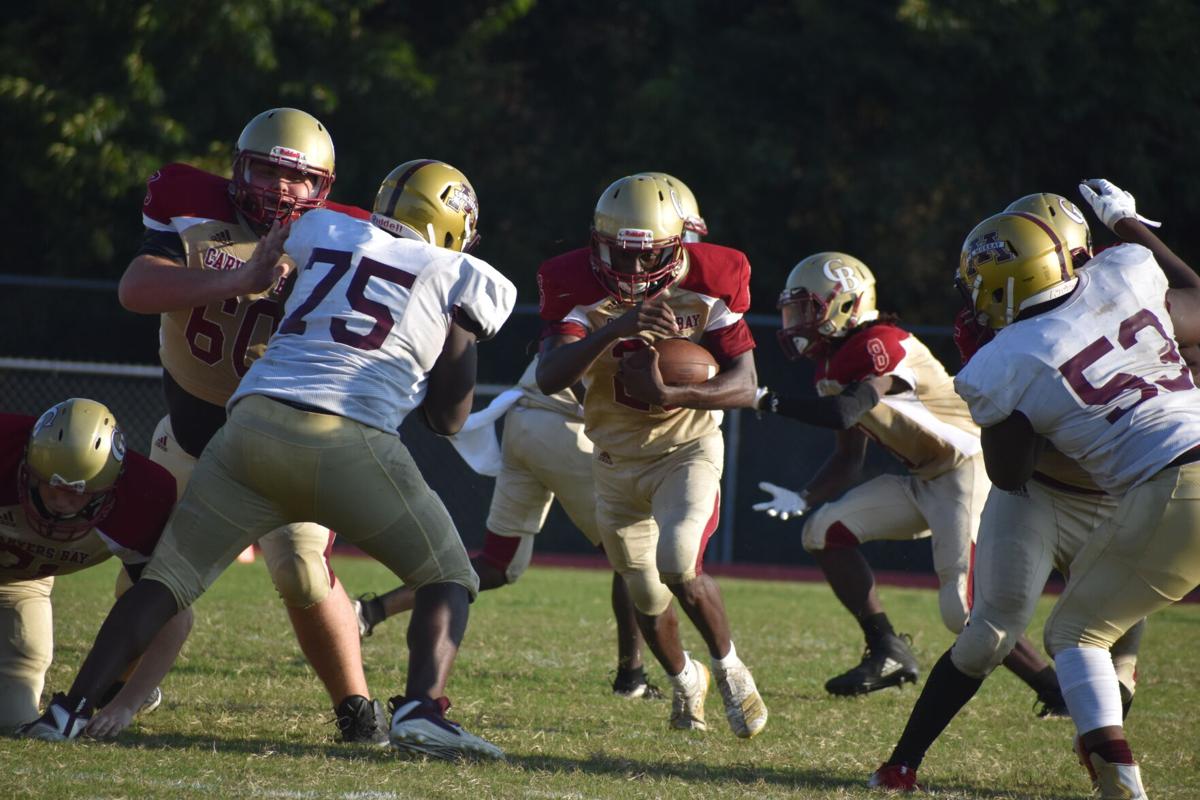 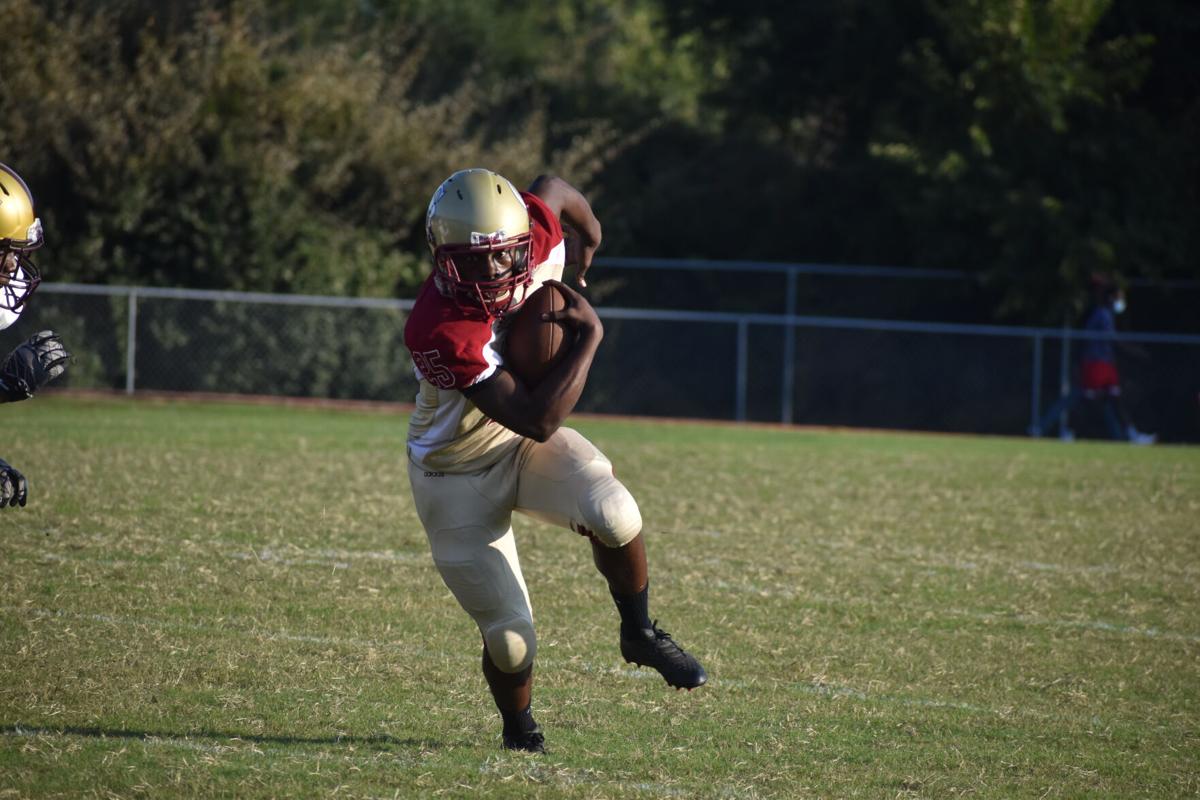 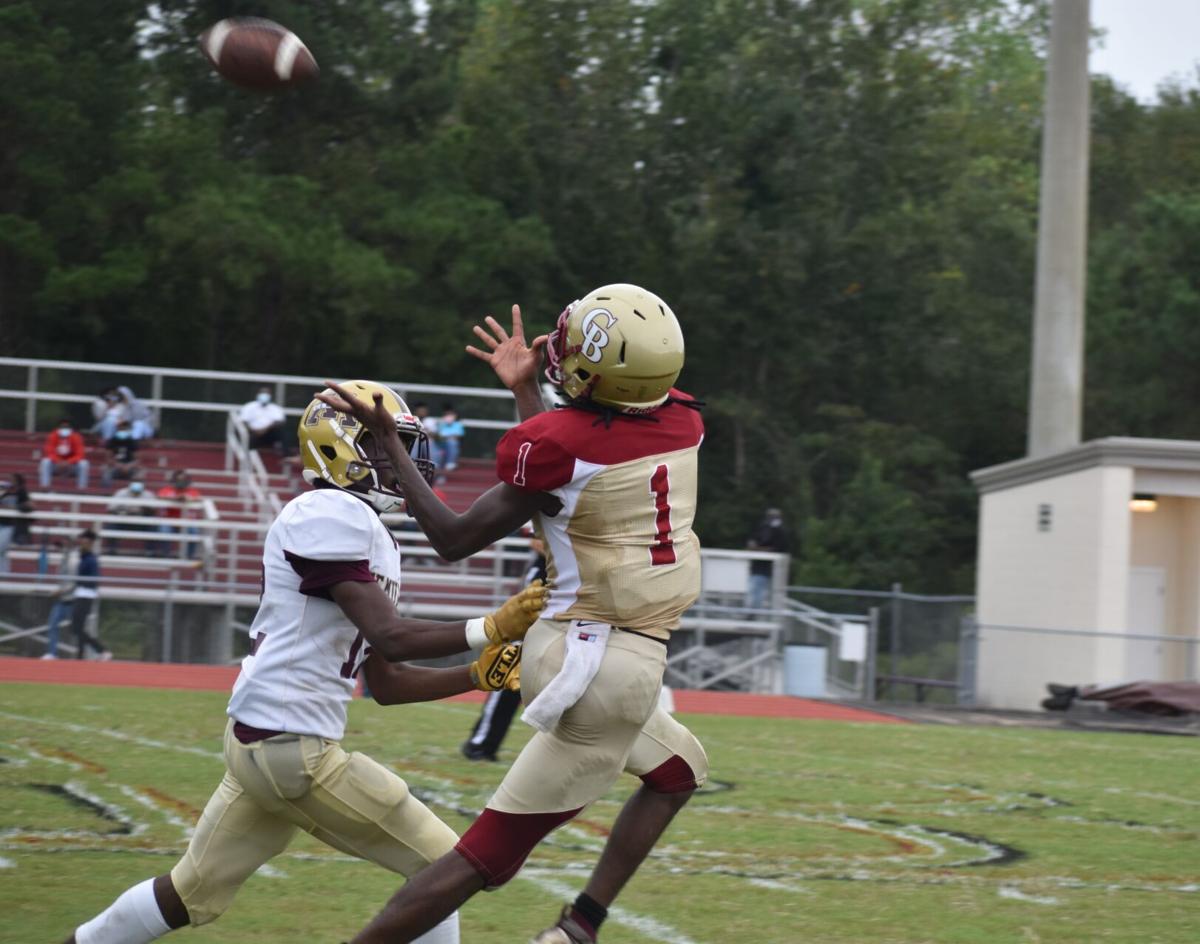 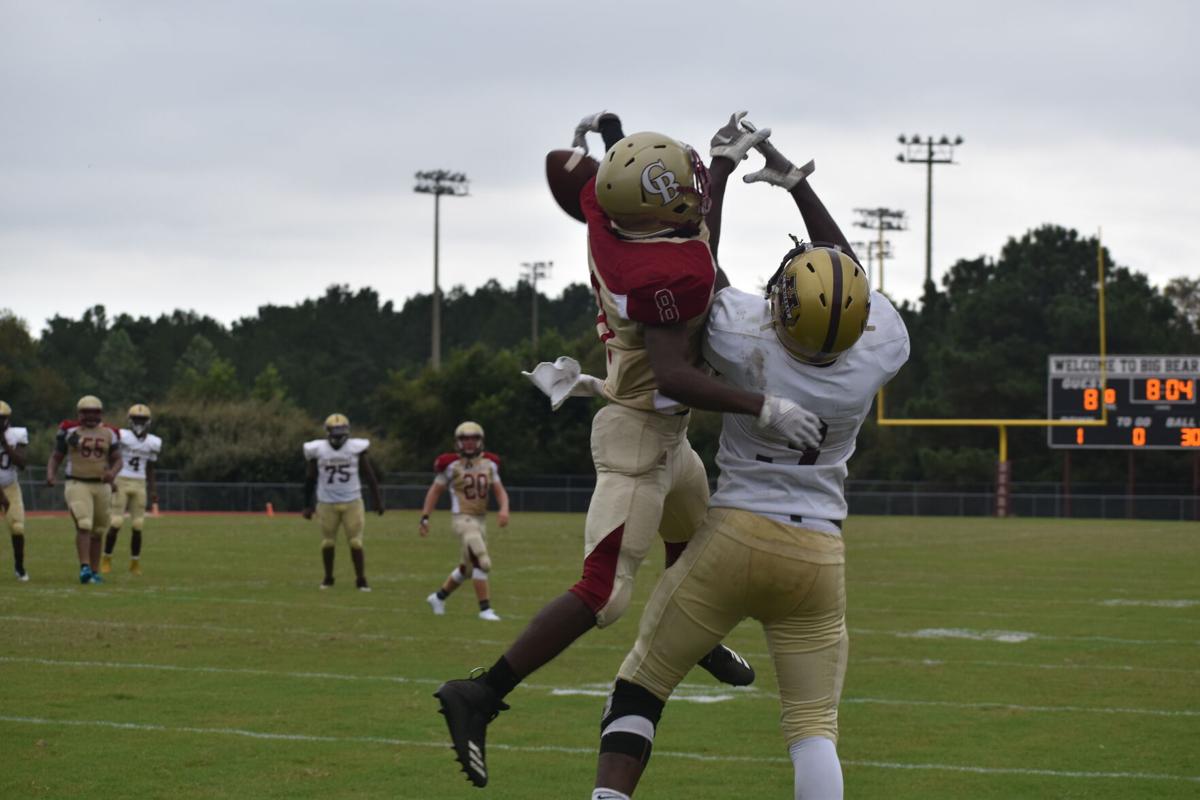 HEMINGWAY — It wasn’t pretty at times, but the Carvers Bay High School football team got the job done.

The Bears pulled out a low-scoring 14-8 victory over C.E. Murray at Big Bear Stadium on Saturday in a game that was rescheduled from Friday due to inclement weather.

“Yesterday, you could say it’s 2020 all over again,” Carvers Bay head coach Matthew Richard said. “We’ve never played this type of football where we were out since March, and then yesterday just added to it. We should start our season normally on a Friday, but hey, we’re starting on a Saturday."

The Bears went down early after sophomore Amond Myers picked off sophomore quarterback Jakiyah Lance, which set up a 1-yard touchdown run from Nyziah Alston-Daniels two plays later. Alston-Daniels ran in a 2-point conversion to put the War Eagles up 8-0 with 3:01 remaining in the first.

“(I told them) we’re trying to get back to playing Carvers Bay football,” Richard said. “Last year we had a lot of young guys that took a lot of lumps, most of those guys should’ve been playing JV but now they’re on the varsity level. They got some experience and we’re going to move on from there.”

The Bears answered the call when junior quarterback Kayshaun Brockington, filling in for Lance after he went down with a sprained ankle, hit senior wide receiver Montenius Bromell for a 40-yard pass on a key fourth down play, setting the Bears up at the War Eagle 10-yard-line.

Junior running back Joshua Walker capped off the drive with a 1-yard touchdown run and also ran in the ensuing 2-point conversion to tie the game at 8 with 23 seconds to go in the half.

The second half was scoreless thanks to solid play from both defenses, including when the Bears' defense forced a crucial turnover-on-downs at the Carvers Bay 15-yard-line when Prunes’ pass on fourth down fell incomplete.

The win improved Carvers Bay’s record to 1-0 overall and 1-0 in Region IV-1A play, while C.E. Murray dropped to 0-1 overall and in the region.

Next up for the Bears is a trip to Summerton to take on Scott’s Branch on Friday at 7:30 p.m.

“We’re going to let them enjoy it tonight, but tomorrow we’re getting ready for them (Scott’s Branch),” Richard said. “I haven’t seen them yet on film, but we’re going to be ready.”