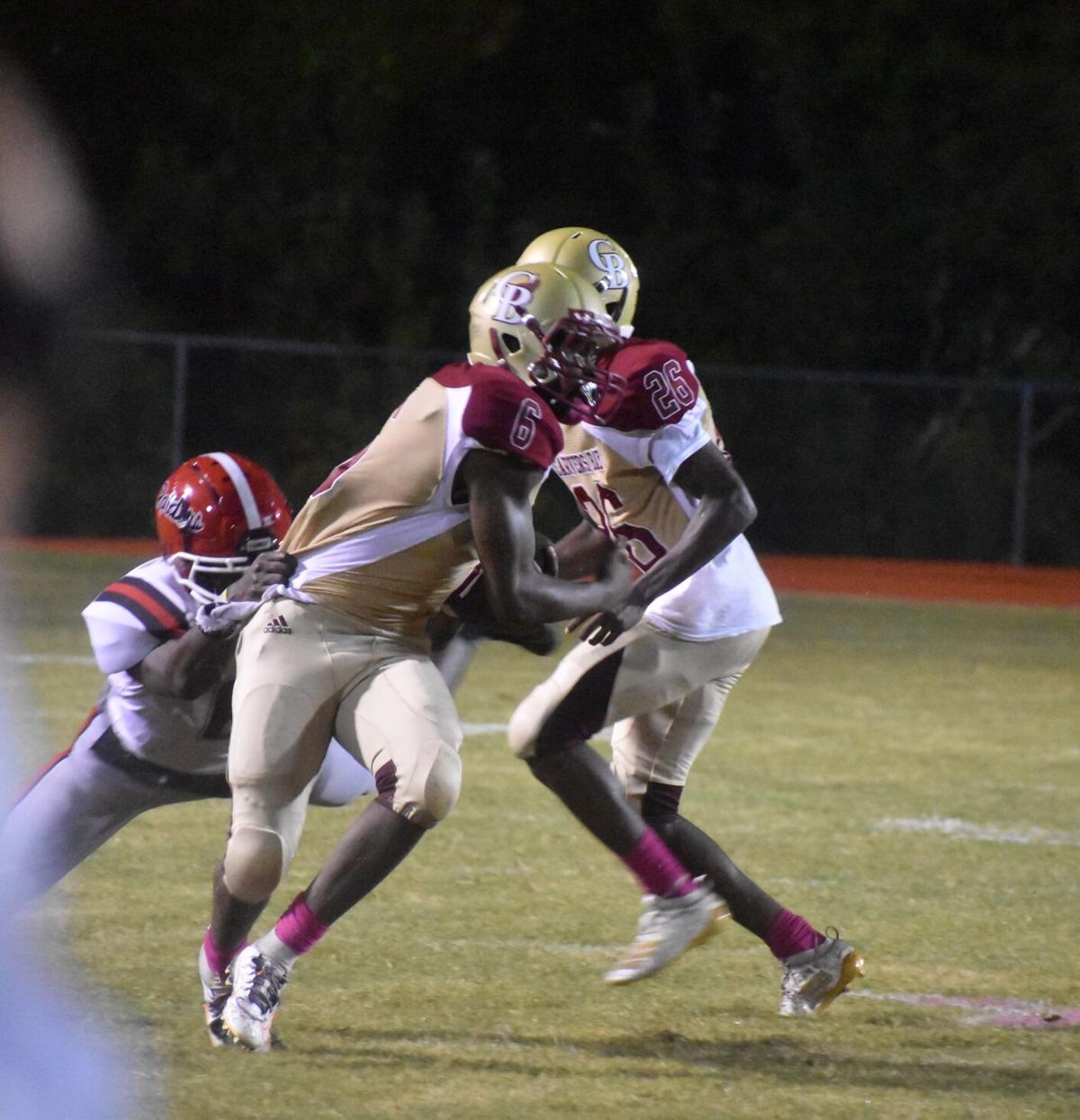 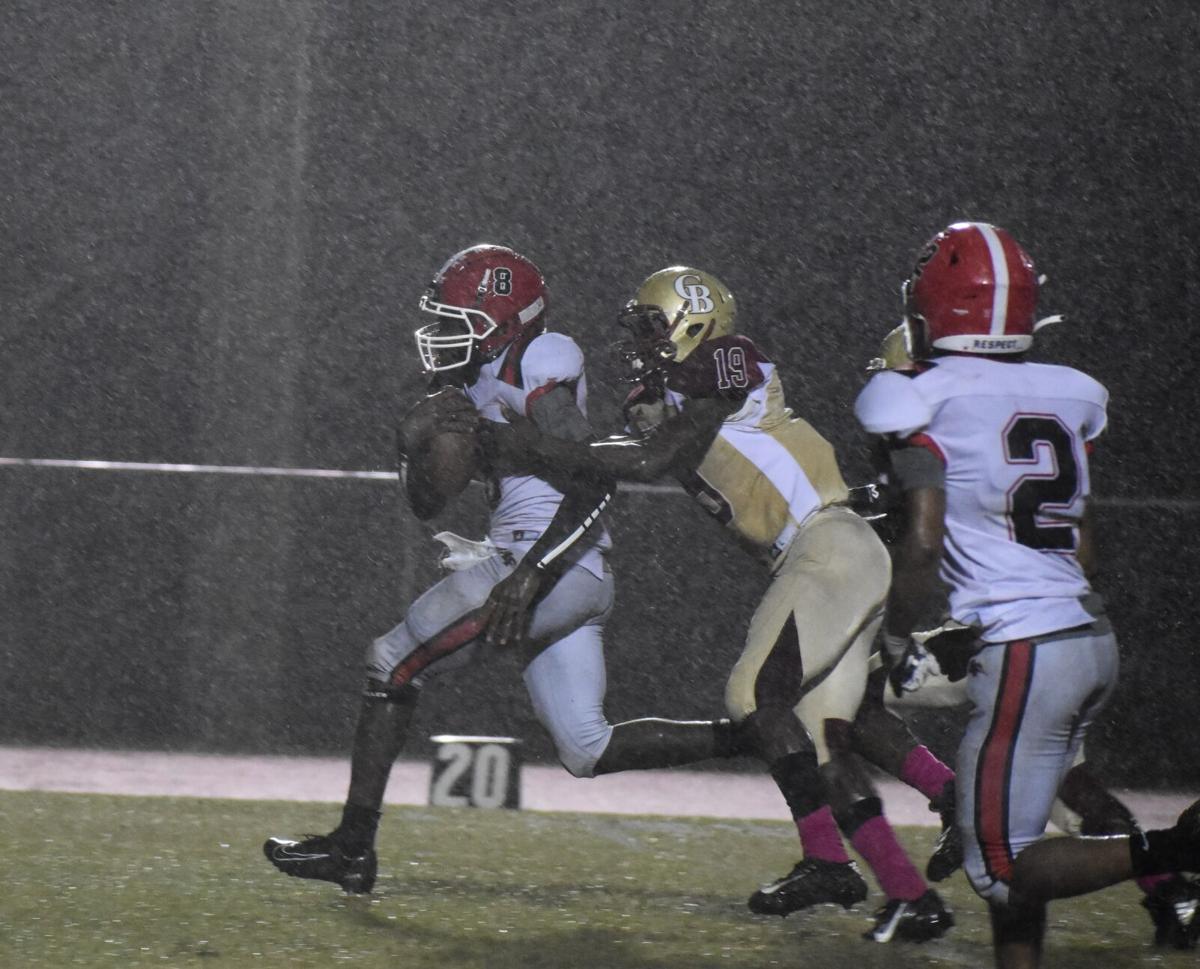 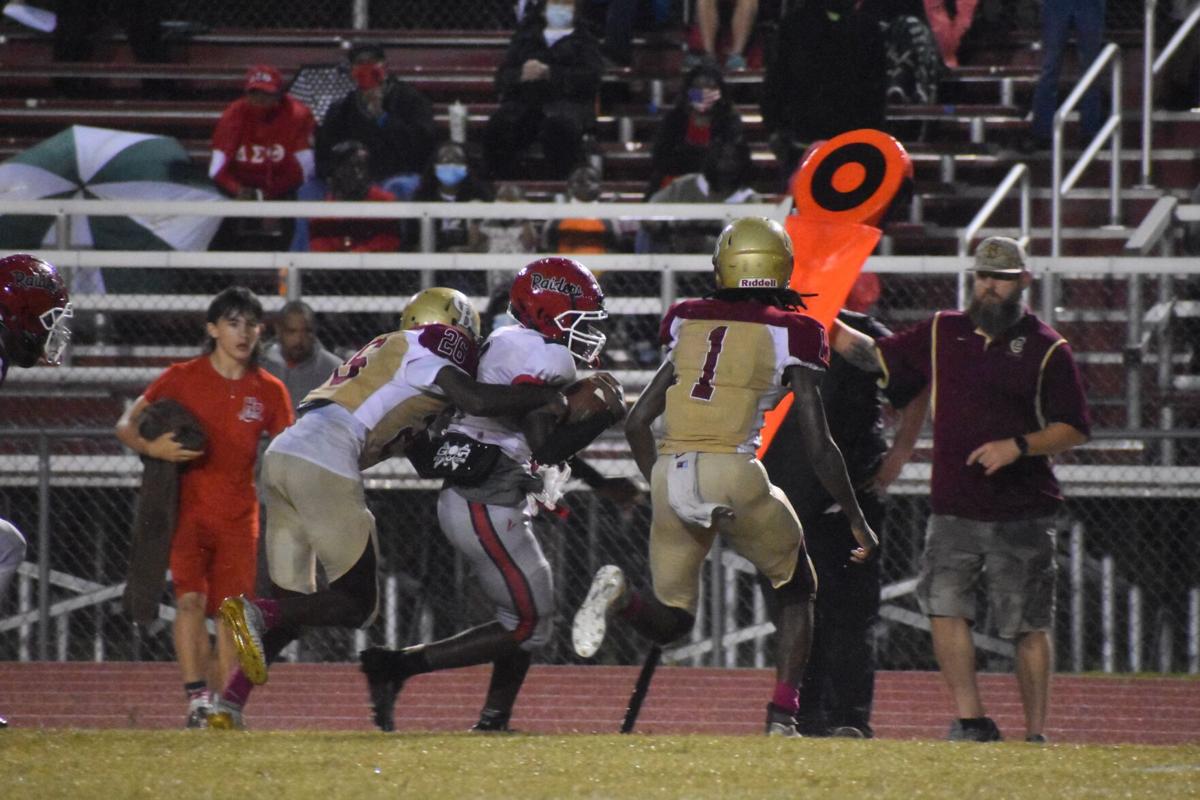 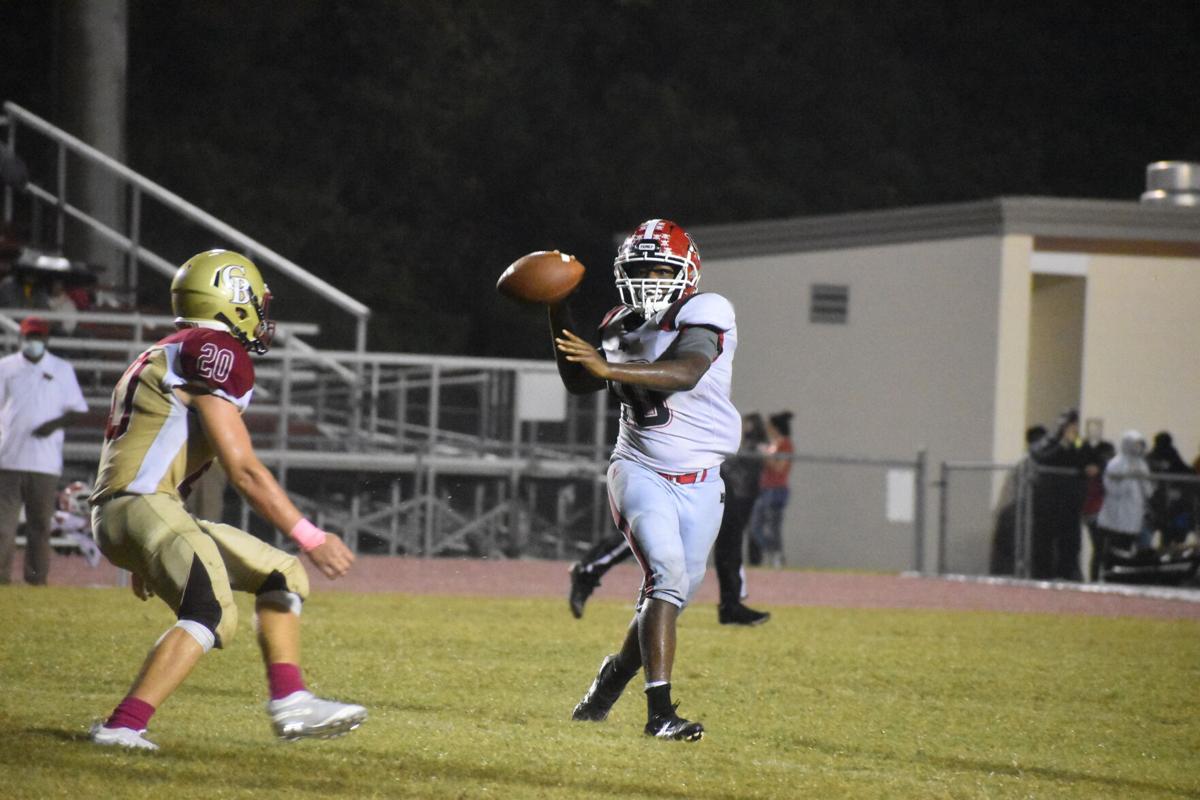 HEMINGWAY — It wasn’t always pretty, but the Bears got it done.

The Carvers Bay High School football team, ranked No. 10 in 1A, defeated now-1-3 Hannah-Pamplico 27-20 Thursday night at Big Bear Stadium in non-conference play to improve to 4-0 on the season.

Amid the cloud that is COVID-19, Carvers Bay volleyball has found a way to succeed

“First off, Hannah-Pamplico, they’re a class act,” Bears head coach Matthew Richard said. “Jamie Johnson is great coach. They have a great program there. Those guys came in here and fought. I know people thought that maybe they would lay down, but they gave us everything they had, and hats off to those guys.”

Despite the win, Richard thinks his team can improve after witnessing a game that was filled with penalties and turnovers in the rain.

“As for us, we have a lot of things we need to get better (at),” he said. “Not one of our best games; a little sloppy. The weather got there and we had a lot of miscues and mental mistakes, but I think our guys fought hard and we overcame adversity.”

The Raiders cut into the Carvers Bay lead in the fourth quarter when junior quarterback Jason Graham ran in a 1-yard touchdown to cut the lead to 14-12. However, the Raiders failed on a 2-point conversion attempt that kept them down two with 6:22 to go in the game.

On the ensuing kickoff, the Bears’ junior wide receiver/defensive back Tevin Young fumbled the ball on the return, but the Bears were in luck when senior offensive lineman/defensive lineman Dashawn Snow picked the ball up off the ground and returned it 70 yards for a score with 6:04 to go in the game. However, Carvers Bay junior Perry Javon Walker missed the PAT to leave the score at 20-12.

“It was huge,” Richard said of Snow’s touchdown. “It swung momentum. That time, Hannah-Pamplico really had us on the ropes and (was) throwing haymakers, and he came up big when he saw the ball on the ground.”

The Carvers Bay defense came up big on the Raiders’ next possession when freshman defensive end Neal Martin intercepted Graham with 5:53 to go in the game. The Bears capitalized on the turnover when junior quarterback Kayshaun Brockington ran in a 1-yard touchdown with 5:37 to go. Walker’s PAT was true to put the Bears up 27-12.

However, the Raiders, came right back and scored when Graham hit senior wide receiver Victor Jackson for a 10-yard touchdown. Graham threw a pass to sophomore wide receiver Taeshaun Sellers for the 2-point conversion to cut the lead to 27-20 with 2:23 to go.

The Raiders forced a punt after a 60-yard touchdown run from Bears sophomore running back Tony Bell was called back due to a penalty and got the ball back with 17 seconds left, but the Raiders were unable to march down the field before the clock expired, sealing the victory for Carvers Bay.

Carvers Bay will host Hemingway next Friday when it gets back to region play. The Bears are 3-0 in Region IV-1A play, while the Tigers are 0-2 in the region and overall.

The Tigers are coached by Richard’s cousin, Charlie Richard.

“Hemingway’s got a great coach over there; he has a good last name, too, Coach Richard,” Matthew Richard said. “That’s actually a family member of mine. We like calling our family the Richard Bowl. But Hemingway tradition in football and (is) one of our biggest rivals, and our guys really get up for that game.”