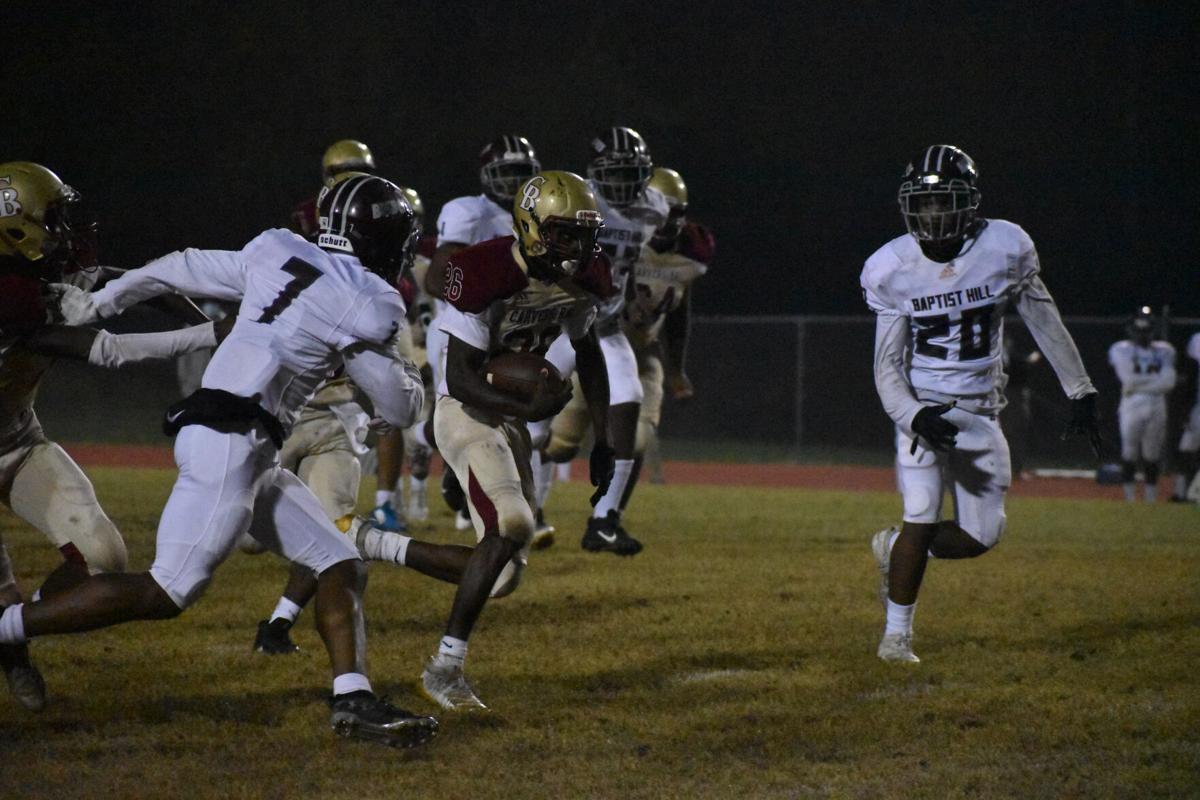 Carvers Bay junior running back Joshua Walker (26) runs upfield during the Bears' 33-8 win over Baptist Hill in the first round of the 1A state playoffs Friday night at Big Bear Stadium. Danny Kelly/Staff 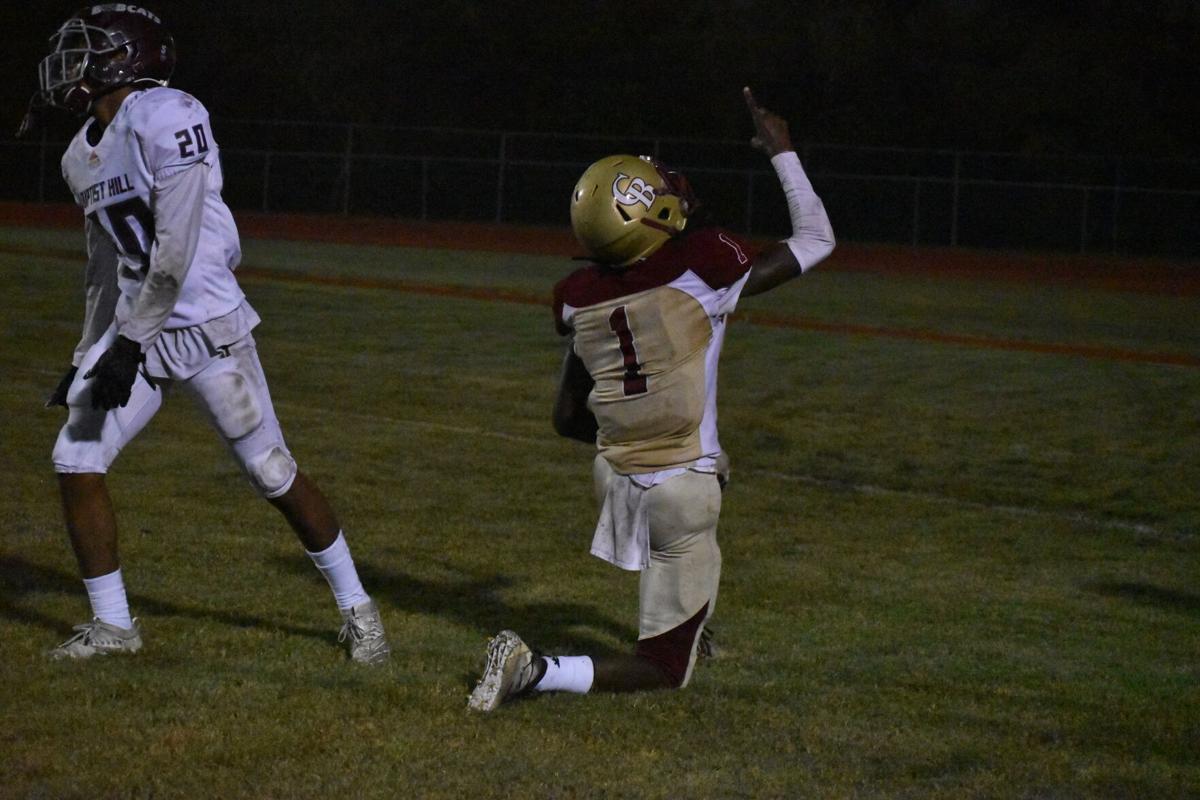 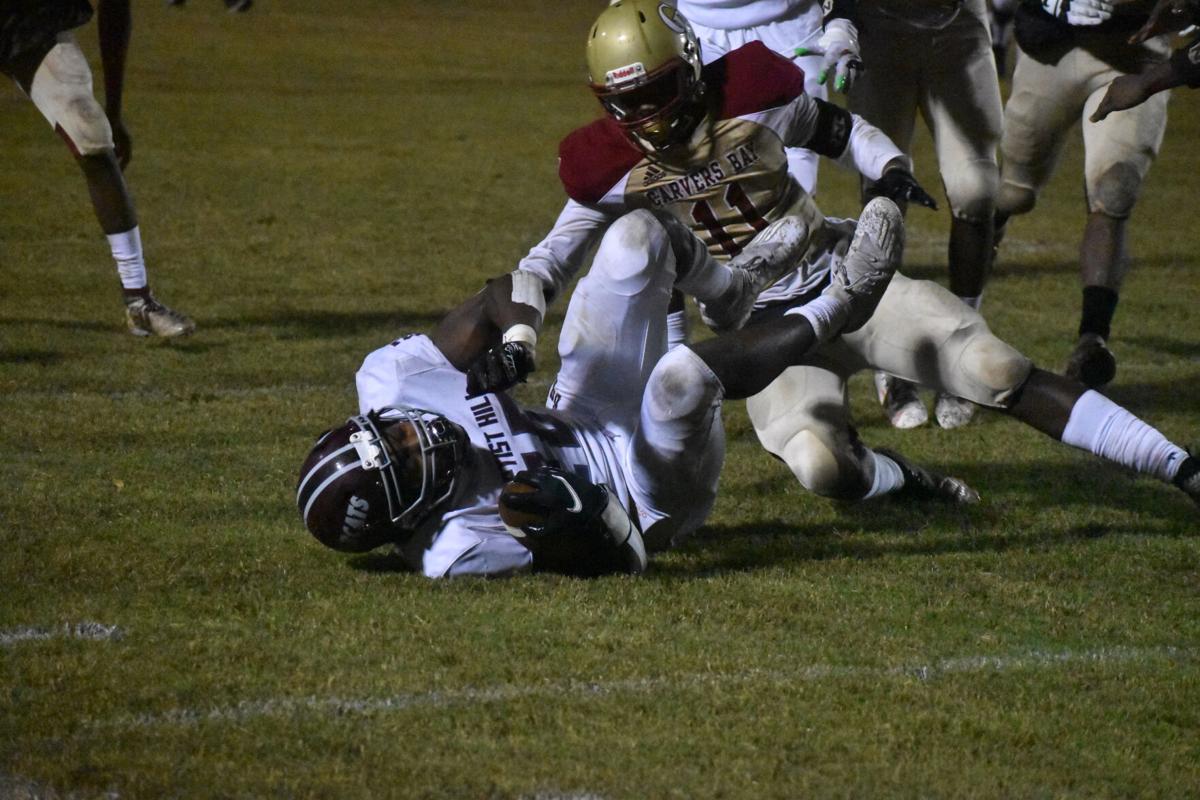 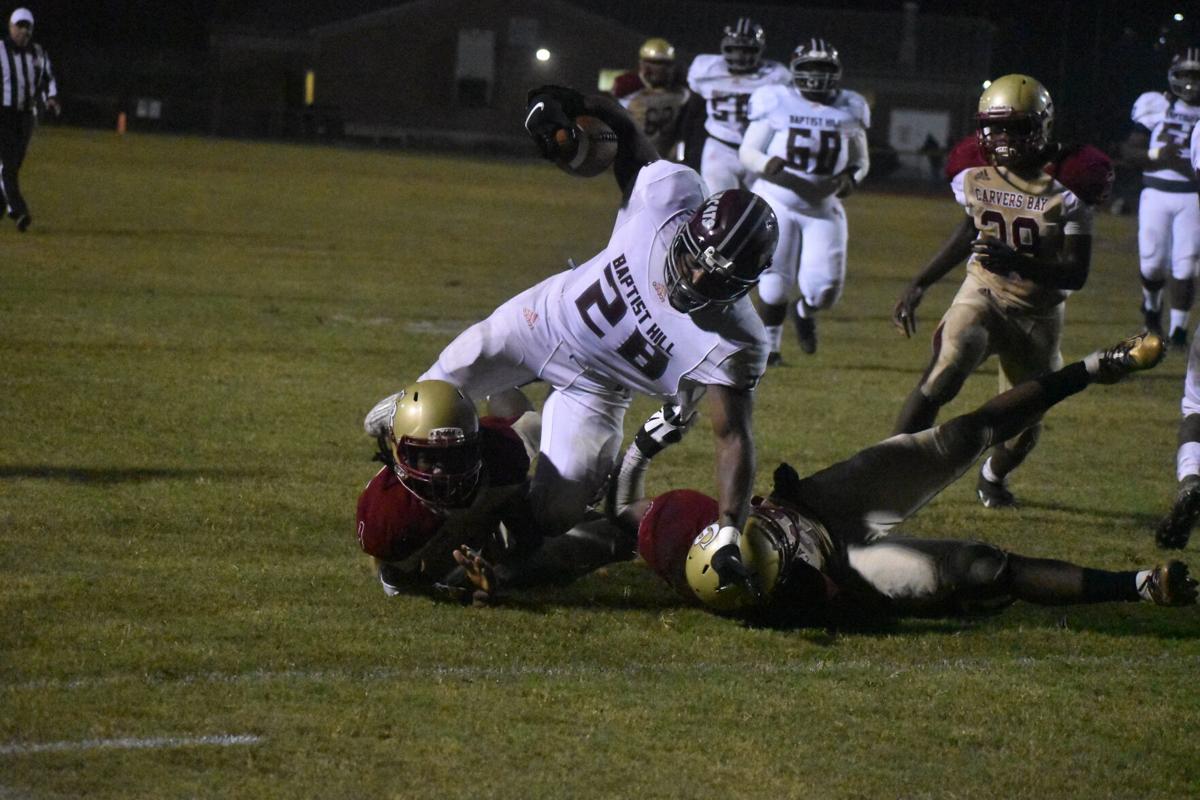 Carvers Bay junior running back Joshua Walker (26) runs upfield during the Bears' 33-8 win over Baptist Hill in the first round of the 1A state playoffs Friday night at Big Bear Stadium. Danny Kelly/Staff

HEMINGWAY — On to the next one.

The No. 9 Carvers Bay football team defeated Baptist Hill, 33-8, at Big Bear Stadium Friday night to advance to the second round of the 1A state playoffs.

“This is a big deal for a young team,” Bears head coach Matthew Richard said. “Last year we said we took a lot of lumps, but this year they came back with a vengeance. We had a lot of adversity again this season; it was a season like no other with the COVID-19 and all the restrictions (and) not being able to lift, but these guys showed a lot of character tonight.”

No. 15 CCU's game at Troy Saturday postponed due to COVID, injuries in Trojans' program

Richard was proud of the way his team played against a solid Bobcats squad.

“Baptist Hill is a very well-coached team,” he said. “They put up a lot of points during the regular season and it showed. They didn’t come here to quit, and our guys answered the call.”

It seemed like there was a Walker in the end zone all night, with junior running back Joshua Walker scoring a 38-yard rushing touchdown in the first quarter and a 27-yard receiving touchdown from junior quarterback Kayshaun Brockington in the second quarter.

Joshua’s cousin, Terrell Walker, helped put the game away in the fourth quarter when he scored two touchdowns within 1:37 of each other, one a 1-yard rushing touchdown and the other a 67-yard score on the ground to put the Bears up 33-8 with three minutes left in the game.

“The Walker boys have been helping us out and carrying us for a long time,” Richard said. “Whether it’s Josh (or) whether it’s (junior lineman) Javon or Terrell, they all played their hearts out tonight.”

Bears senior wide receiver/cornerback Montenius Bromell also had a big game on both sides of the ball, catching a 26-yard touchdown pass from Brockington in the first quarter and intercepting Bobcats junior quarterback Damon Smith late in the game and returning it 70 yards to seal the win.

Sophomore cornerback Tony Ball had a monster game on the defensive side of the ball for the Bears, recording two interceptions, including one he returned 60 yards.

Carvers Bay will have its hands full next week when it welcomes No. 1 Lake View into Big Bear Stadium in the second round of the 1A state playoffs after the Wild Gators defeated Allendale-Fairfax, 26-6, Friday night.

“Lake View is a very proud program,” Richard said. “They have championships, too many that I can count, and we’re going to have to play our best game to go against those guys.”