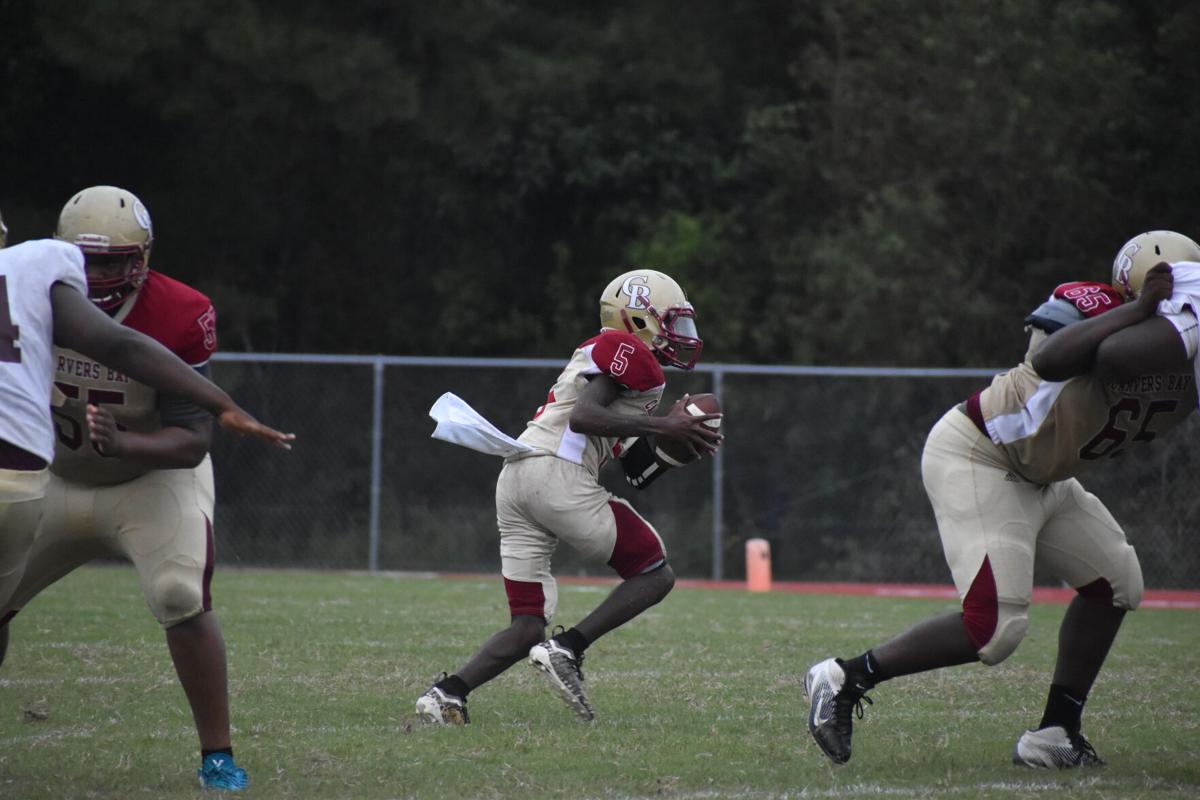 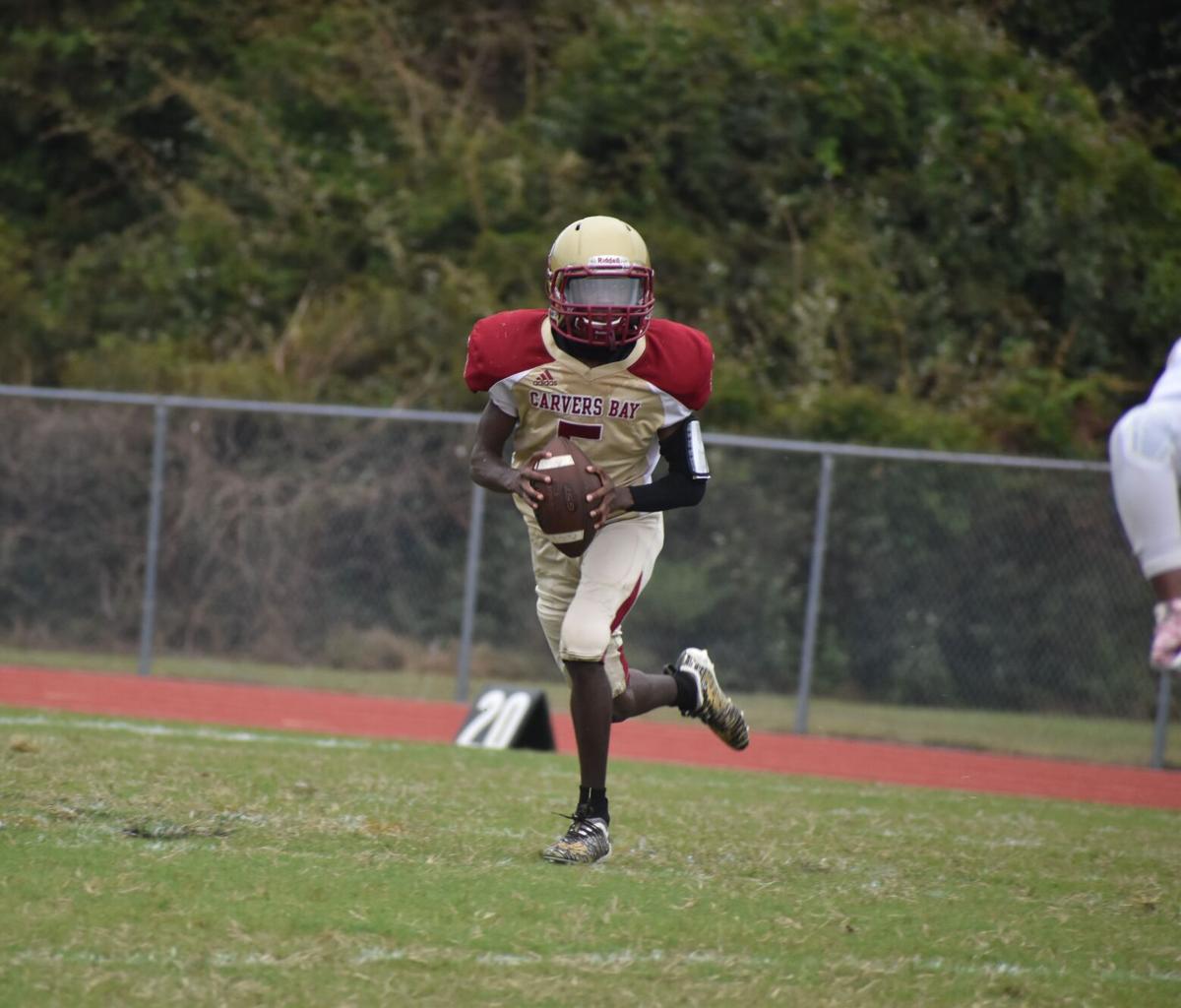 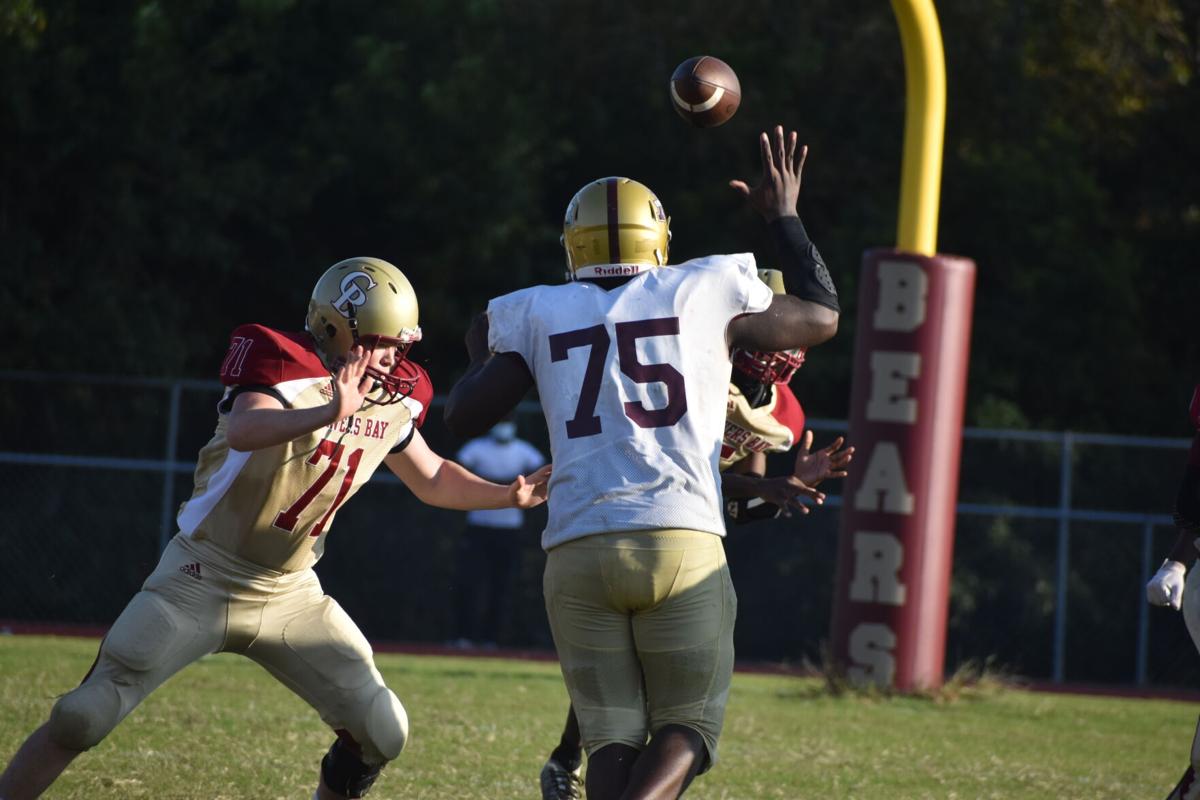 HEMINGWAY – When Carvers Bay junior backup quarterback Kayshaun Brockington woke up on Saturday morning, he probably had no clue he was going to become the talk of the town.

But when Bears starting quarterback Jakiyah Lance went down with a sprained ankle in the second quarter of the team’s season and region opener against C.E. Murray at Big Bear Stadium, all eyes were on Brockington as he was asked to take the reins and lead the team to victory.

Brockington delivered by helping the team squeeze out a hard-fought, 14-8 victory over the War Eagles to get the Bears to a 1-0 start both overall and in Region IV-4A play.

“(It’s) next man up,” Brockington said. “That was the mentality all practice because if you end up getting hurt in practice, the next man has to step up.”

Brockington was the starter last season, so he was not at all nervous coming into the game.

When Brockington came into the game, the team was down 8-0 in the second quarter, but in order to rally the troops, Brockington and the coaches motivated the players by telling them “it’s go time”.

Brockington started making plays almost immediately, throwing a 40-yard pass to senior wide receiver Montenius Bromell to set the team up at the 10-yard-line with two minutes before the half.

Junior running back Joshua Walker capped off the drive with a 1-yard touchdown run and a 2-point conversion run to even the game up at 8-8 with 23 seconds to go before the half.

Brockington got another chance to score before the half after a Bromell interception, and score he would after throwing a 60-yard touchdown pass to Tony Bell as time expired to make it 14-8 Bears going into halftime (the 2-point conversion attempt was no good).

The Carvers Bay defense came up big in the second half, not allowing the War Eagles to score any more points and preserve the win for Brockington and the Bears.

“It was very important,” Brockington said. “We know our defense is going to step up because they don’t bend or break.”

Carvers Bay head coach Matthew Richard was pleased with how Brockington stepped up when the team needed him most.

“I tell all our guys they’re one play away,” Richard said. “This guy stepped in and did a pretty good job for us to finish the game.”

Brockington is grateful to be able to play this season after there were doubts in the offseason due to the pandemic.

“It was very important,” he said on being able to play. “I love to play football and everybody else loves to play football, so all of us just took preparation and (got) right for this game.”

With the Bears having their first win under their belt, Brockington has some pretty lofty expectations for the 2020 season.

“I think we can go undefeated in the region, if you want to be real,” he said. “That’s what I think. Undefeated and all that, yeah.”