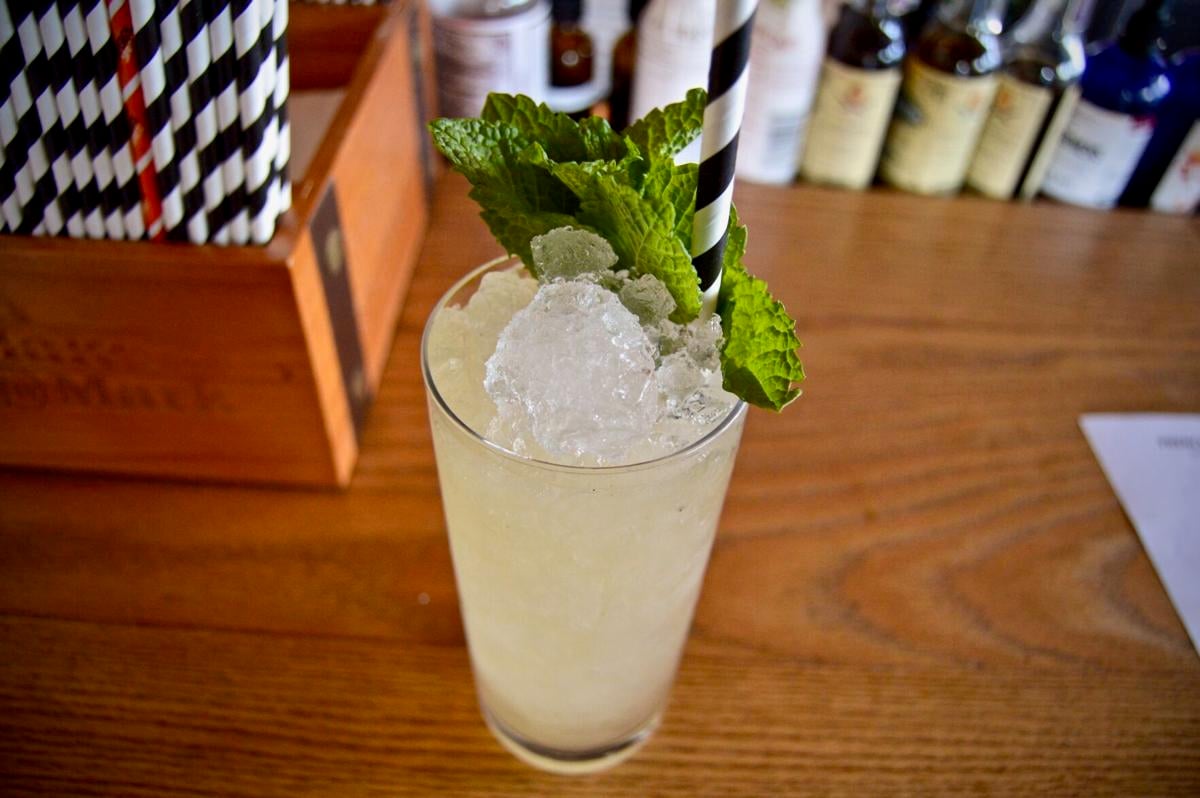 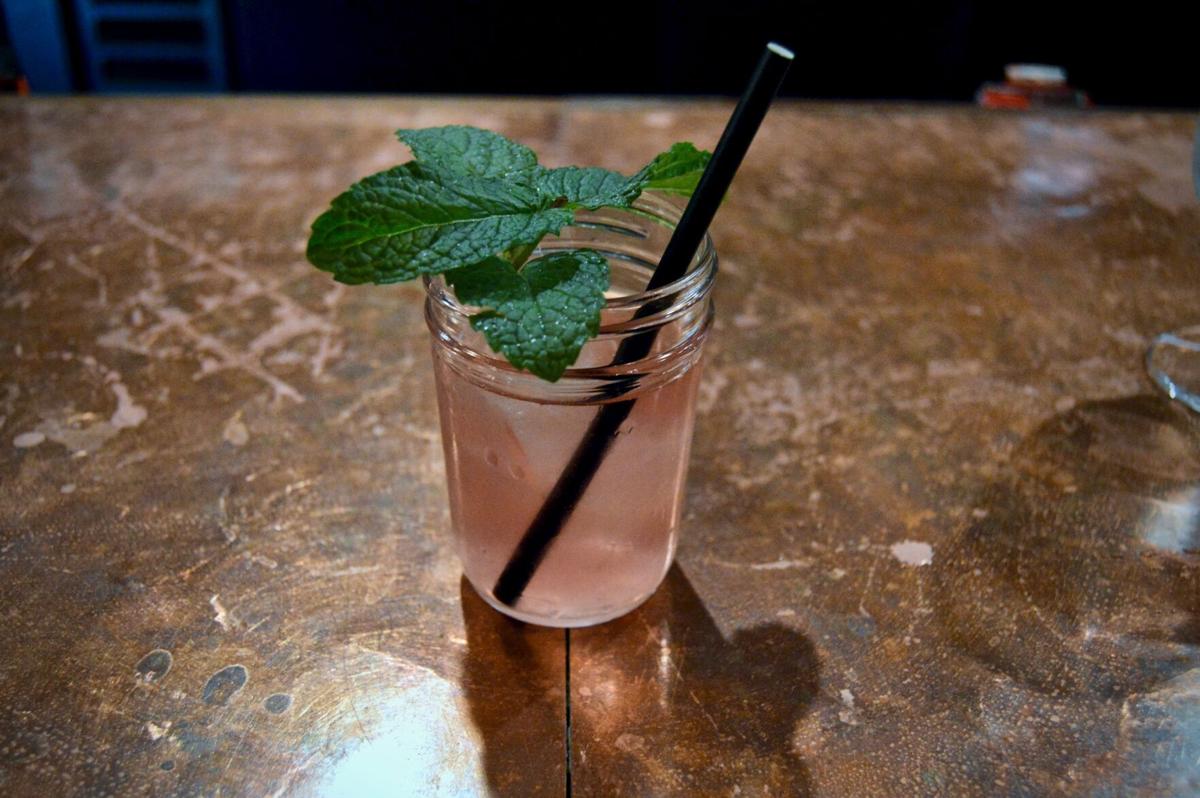 Terra's Sample in a Jar 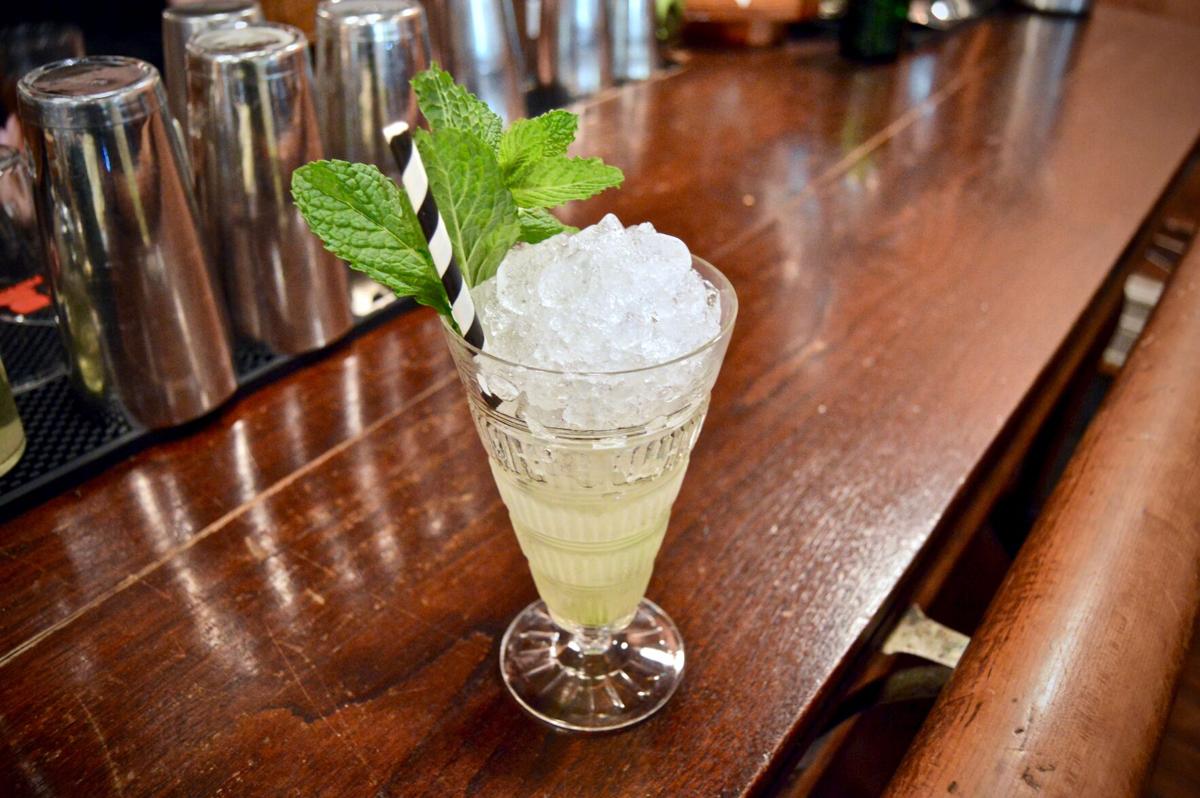 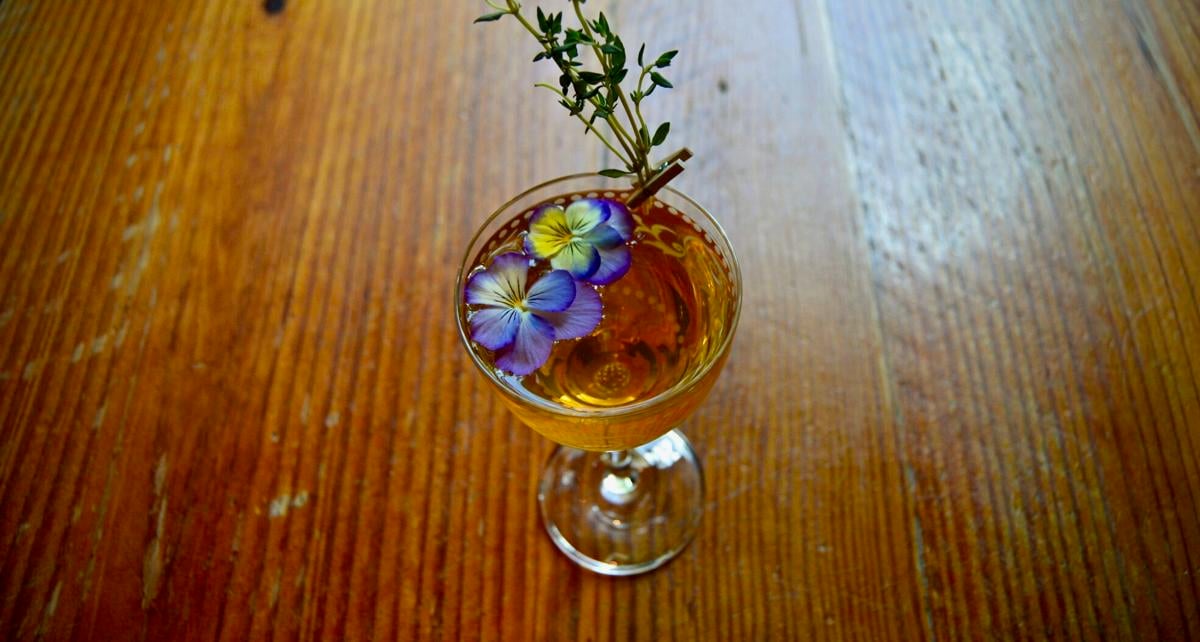 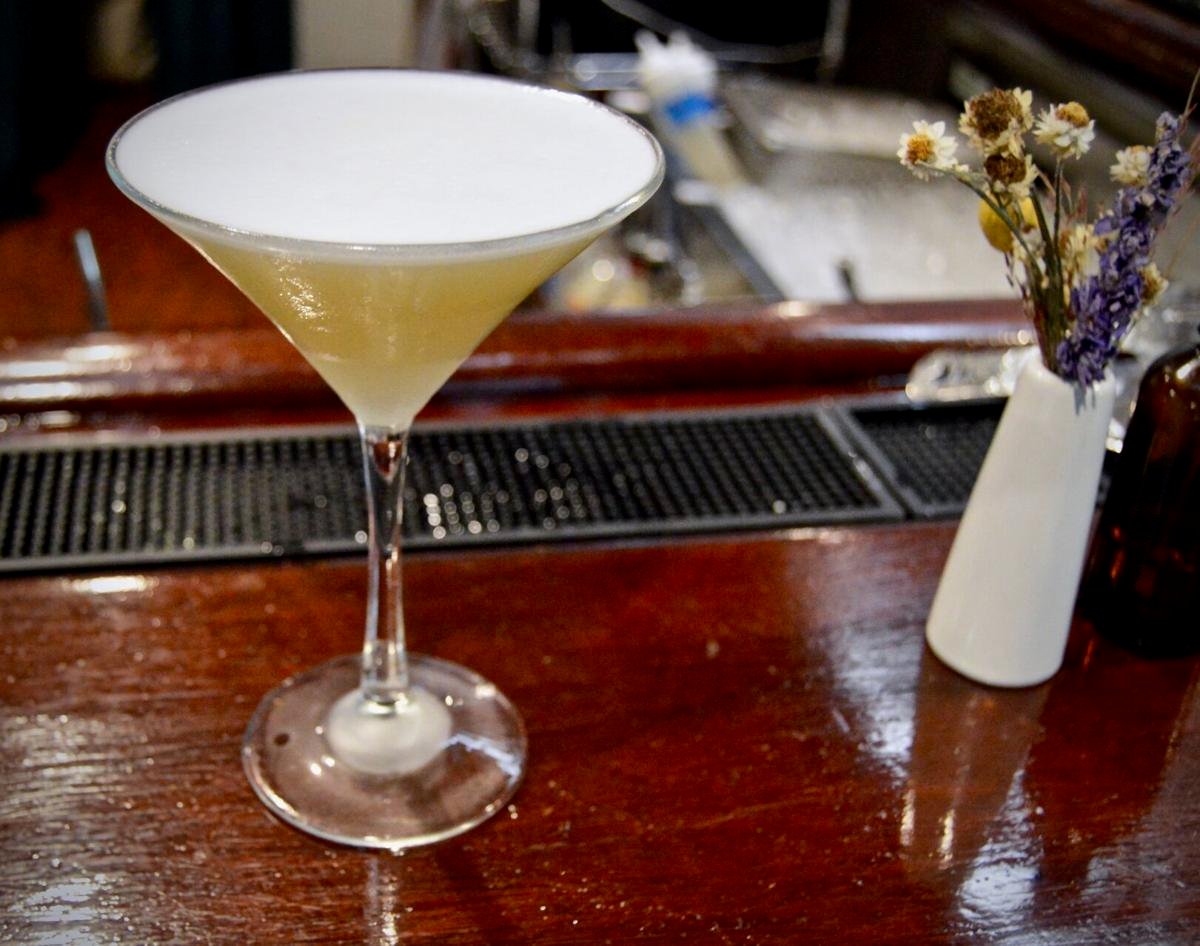 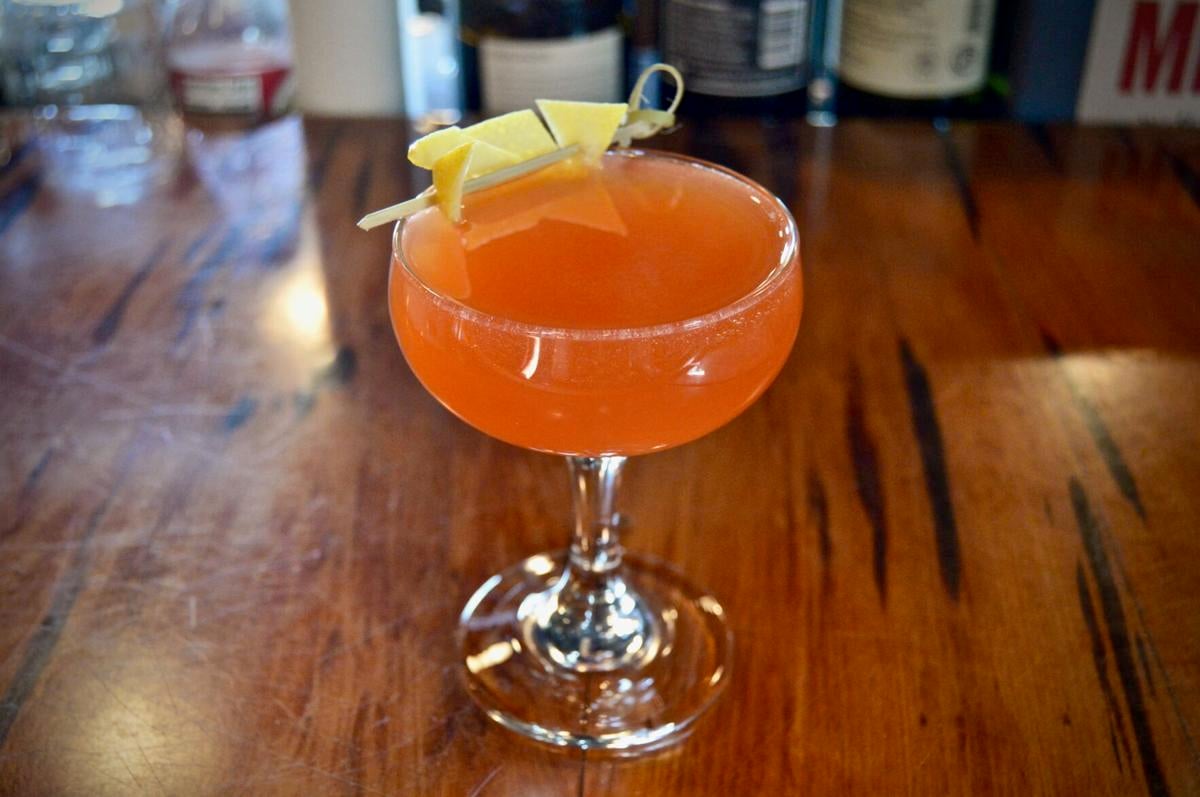 The War Mouth's The King's Blessing 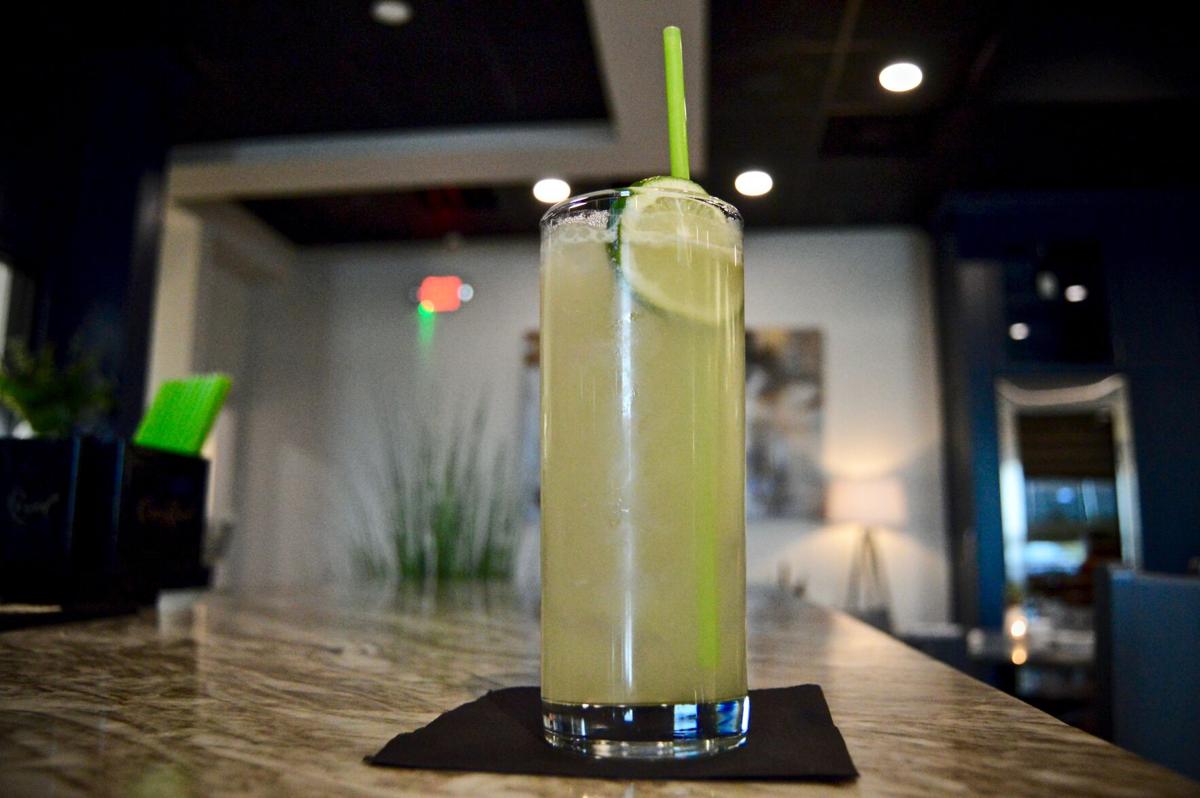 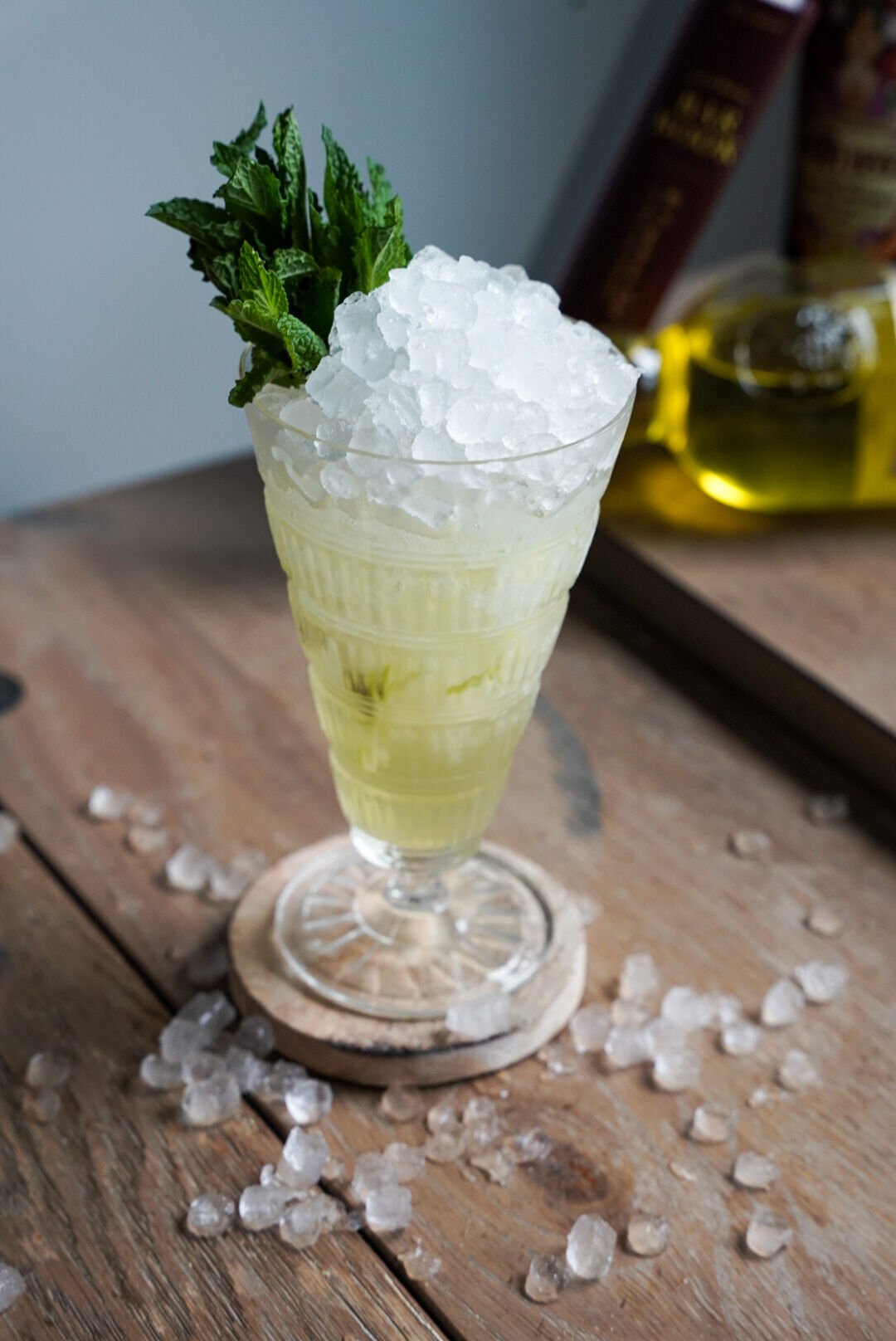 At Columbia’s cocktail bars, spring is in full swing.

Out are winter’s heavy, rich drinks and in are this season’s lighter and often herbal cocktails. Throughout Columbia’s bar scene, rum punches, gin-based drinks and riffs on classics are dotting menus.

At Downtown Columbia’s Hampton Street Vineyard, co-owner and beverage program manager Hernan Martinez described it as a hybrid season, where the drinks are not yet ready to yield completely from winter tendencies but are starting to nod to summer’s inevitable heat.

“I think spring is that transition,” he said. “You want to have a little bit of (winter) left and you want to introduce fresher, easier drinking things as well.”

Terra’s Matt Catchpole, general manager of the West Columbia restaurant, said he tried to cement the feeling of getting out of the “winter funk.”

“You kind of want to lift the spirits,” he said. “Utilize the first ingredients that come out, that give people that ‘ahh it’s here’ (feeling).”

To propel you into the spring cocktail season, we elicited help from some of the area’s top bartenders. We gave each the choice to highlight whichever drink on their menu they felt represented the season best. I tasted them and talked to the bartenders about their reasoning for their pick and broke down the drink with them.

The season’s new beverages have been on menus for a few weeks now and the majority of the area’s bars won’t transition out of them until June. Even then, it’s not uncommon for favorites to stick around a bit longer. So if you’re not comfortable going out yet or are waiting on your second shot, you’ve got time.

At West Columbia’s Black Rooster, bar manager Greg Williamson pointed toward the Lost in Translation cocktail, featuring Aalborg aquavit, Espalon Blanco tequila, Amontillado sherry, roasted pineapple/poblano and lime served in a highball glass with crushed ice. A tuft of mint is speared onto the top to highlight the light drink.

The drink is indeed easy drinking. The tequila and aquavit mix well for a sweet, herbal flavor pairing, meanwhile the roasted poblano adds an edge of earthiness and a light hint of spice that keeps the drink interesting.

Bartender Kat Hunter’s pick was perhaps the booziest on this list. Her drink, The Spirit of Spring, features Tanqueray Sevilla orange gin, Strega, orange pekoe tea infused vermouth, sparkling rose, cardamom bitters and a sprig of thyme. There’s plenty going on in this drink, which she described as “pretty complex.”

“It’s lovely to look at, I think the flavors are quite nice,” she observed. “It is spirit driven, I just like the pairings.”

It’s alcohol-heavy but full of layered flavors and isn’t arduous to drink.

The orange gin is decidedly orange-flavored, but the sparkling rose tamps that down. The drink is citrusy, but without a puckering effect. Meanwhile the cardamom bitters, Strega and tea-infused vermouth give it a strong herbal backbone.

The Tanqueray Sevilla orange gin is making the rounds in Columbia’s bars, including sister restaurant Black Rooster. There it’s served as a riff on a gin and tonic. If you’re interested in orange/citrus and herbal drinks, seek it out.

Downtown Columbia’s Hampton Street Vineyard is focused on wine. However, the relatively new ownership group has taken a similarly careful approach to its entire bar program.

Martinez, the beverage manager and co-owner, picked the Palmetto Sour, a playful riff on the traditional cocktail the Delicious Sour. That drink, he explained, features applejack and peach liqueur in a traditional sour build. Martinez’s interpretation takes his preferred spirit of rum and pairs it with Grand Marnier, lemon juice, simple syrup and an egg white. It’s a traditional sour and it plays off of both spring and winter, he said.

“The warmness of the rum and Grand Marnier come through,” Martinez said. “When it’s warm, the freshness comes through.”

The drink is a sour through and through. The simple syrup and lemon disguise the booziness, but the presence of rum’s sweet heaviness and the Grand Marnier liqueur’s orange-brandy weight still power through. In terms of drinking weight, it’s closer to Bourbon’s heavier Spirit of Spring than many of the other, lighter drinks on this list.

Motor Supply’s Jake Smith pointed drinkers towards his herbal and low-ABV Southeast Swizzle. It’s built on a base of Cocchi Americano and paired with Yellow Chartreuse, absinthe, apple, lemon and mint. It’s made with a swizzle method, where crushed ice is churned for the mixing, rather than shaken or stirred.

Smith was inspired by a Miami-based bar’s swizzle cocktail that used low-ABV Lillet Blanc as a base spirit. To fortify his cocktail, he added in the chartreuse and absinthe, which added “herbaceous” complexity.

“For the spring, we want to keep it kind of light, drinkable, refreshing, crisp,” he said.

The Southeast Swizzle, with it’s absinthe and Chartreuse complements, drinks heavier than it really is. They pair to dominate the notes of the drink, giving it a strong anise backbone. The pairing of granny smith apples and lemon juice give it a balanced, but lively acidic note, too.

The restaurant Ratio’s bar program matches its kitchen’s Peruvian flair with its pisco cocktails, which features five different takes on the South American liquor. Bar manager Grant McCloskey, formerly of The Aristocrat, described it as a “Peruvian-style tequila” that offers versatility akin to gin.

His pick, the Leche de Tigre, is a clarified milk punch. Unlike traditional milk punches, this is made with coconut milk, to make it more dietary friendly and lend a coconut taste. The drink pairs pisco, lime juice, pineapple, matcha and the aforementioned milk.

The coconut and matcha make for an extremely earthy drink, but the rest of the ingredients balance it with sweetness, herbal flavors and a touch of acidity.

Terra’s Sample in a Jar

Terra’s cocktail list also features a milk punch, one that takes it in a traditional direction that is almost antithetical to Ratio’s version. Utilizing traditional dairy milk to clarify it, a housemade allspice-heavy spirit concentrate, Nicaraguan rum, Earl Grey black tea, sugar, lemon and ruby port, it is transformed into a smooth, pink-tinted drink.

“It really softens the texture and mouthfeel of the drink,” general manager Matt Catchpole said. “For me it’s crazy refreshing.”

The Sample in a Jar drinks with a strong cream-like mouthfeel, despite it being clarified. As expected, it tastes heavily of allspice and is sweet thanks to its rum and sugars. It’s easily the sweetest cocktail on this list, but it doesn’t overwhelm. It’s another that straddles winter flavors with elements that accommodate spring’s rising heat.

The War Mouth’s The King’s Blessing

The eclectic cocktail list at The War Mouth is still featuring a number of winter cocktails, but bar manager David Adedokun has begun his progression toward his spring menu.

His pick was The King’s Blessing, a split-based cocktail that features South Carolina gin and a bitter orange vodka. Those are paired with a passion fruit liqueur, Campari, honey and lemon.

“This time of year is when people want things that are flavorful and refreshing,” he said. “Sort of reassert the wonderful change in weather and the outside becoming temperate.”

The drink plays closer to the gin’s herbal aspects, but the passion fruit liqueur is the strongest flavor in the drink. It is complemented by the strong bitterness from the Campari, while the honey and lemon temper it. The three main flavors play together well, making it a well-rounded drink, if you’re accustomed to Campari’s signature bitterness.