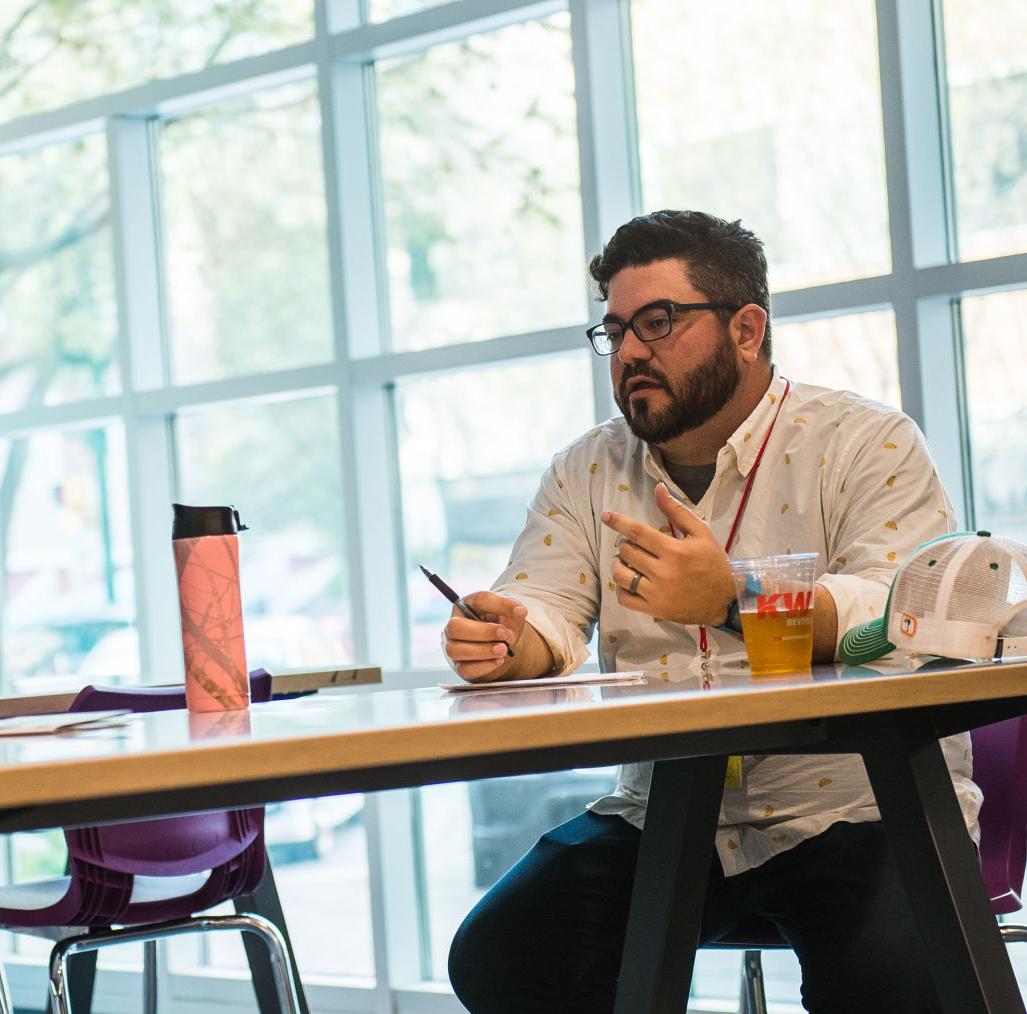 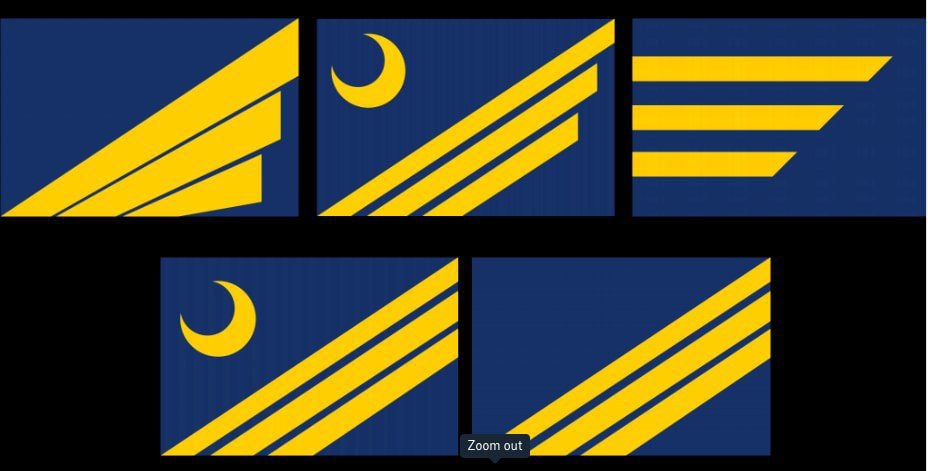 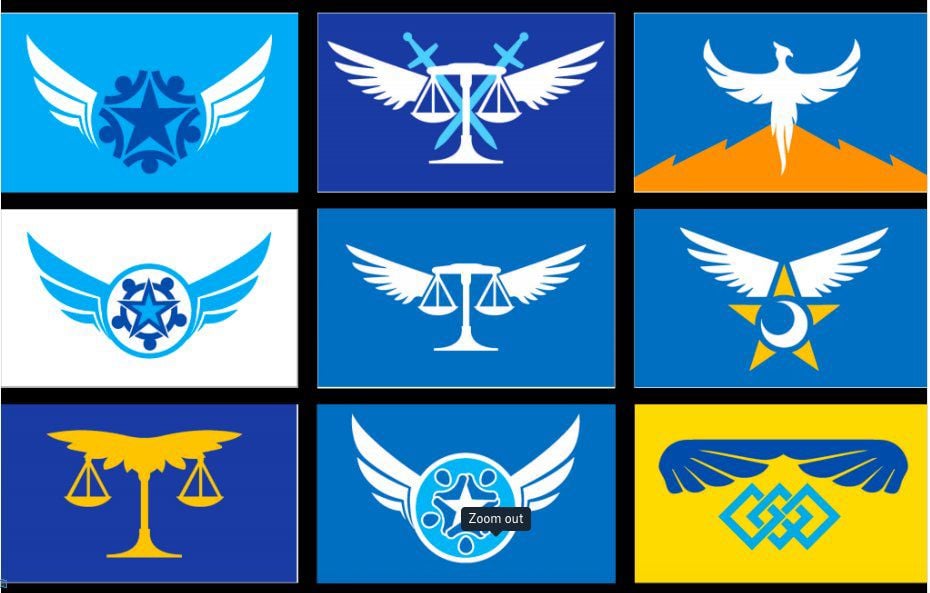 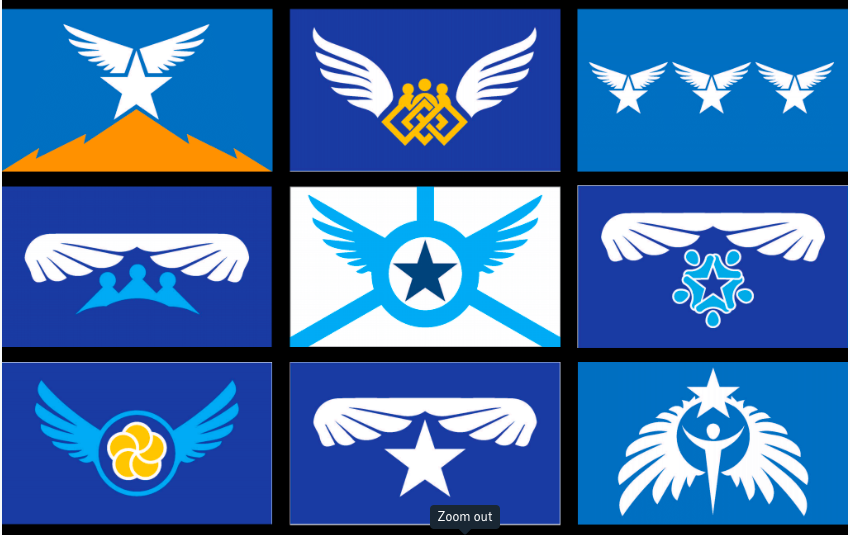 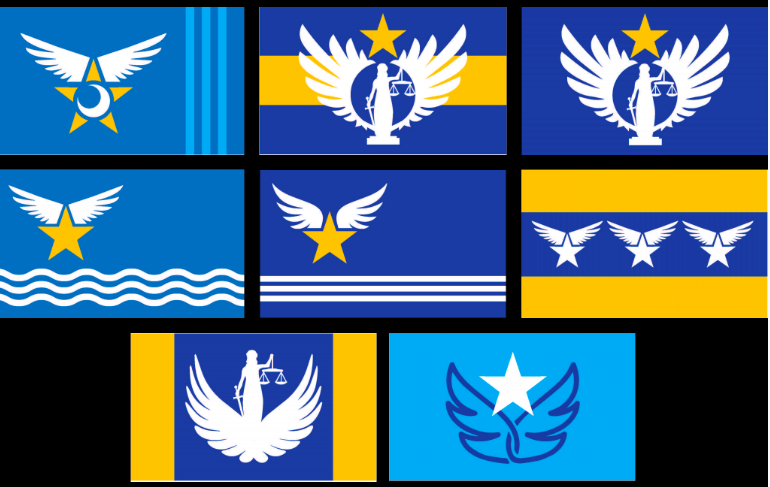 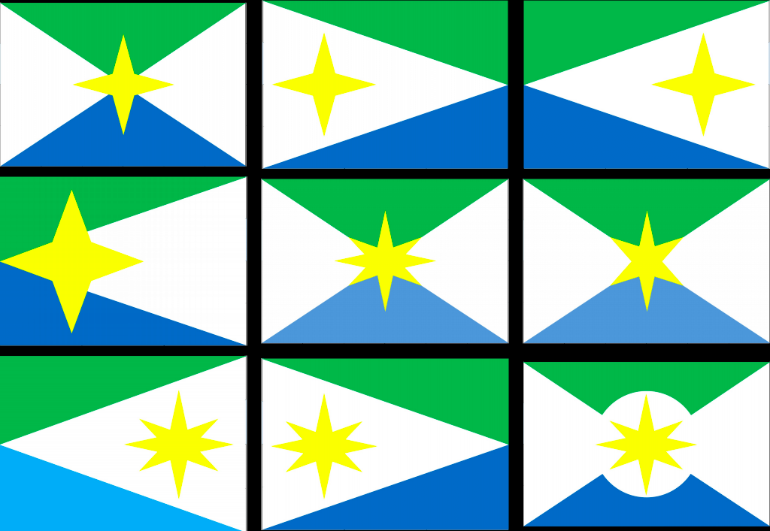 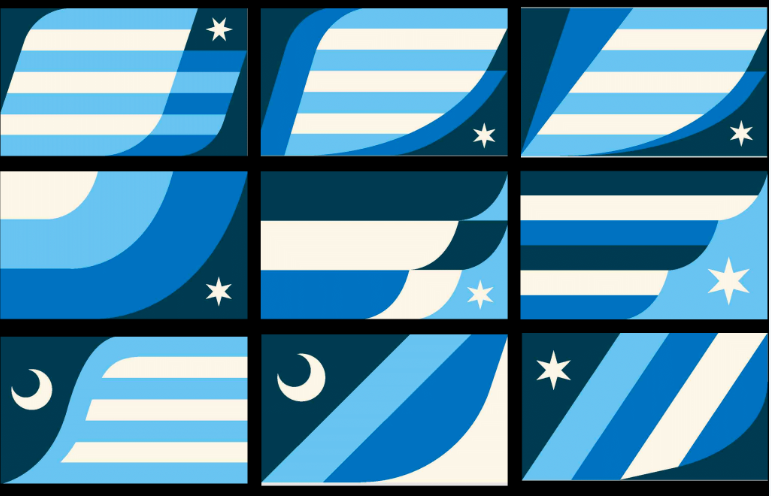 It appears the City of Columbia — finally — is on the precipice of getting a new city flag.

According to a Jan. 7 presentation from One Columbia for Arts and Culture Executive Director Lee Snelgrove and a subsequent discussion from Columbia City Council, the long, rambling, three-year journey to establish a new banner for the Capital City is nearly at an end.

Snelgrove presented City Council with 61 different flag designs (included at the bottom of this post) — which had been created by five handpicked local designers — on Jan. 7. Subsequently, each Council member has been tasked with selecting their favorite three designs from that group of 61. From there, Columbia Mayor Steve Benjamin says there will be another round of discussion, and the eventual selection of the new flag.

"I'd like to make a decision this month," Benjamin tells Free Times. City Council next meets on Jan. 21.

The idea of adopting a new flag for the Capital City has been percolating since January 2017. It's a process that has flared up and died down several times during that three-year span, and it was featured in Free Times' "Whatever Happened to..." cover package in July 2019.

The flag process has been a winding road. Initially in 2017, City Council, enlisting the help of the Columbia Design League, authorized an open competition for the design of the new flag. As a result, more than 540 designs were submitted. Out of those, 18 designs were selected as what officials referred to at the time as “finalists.” A group of vexillologists — experts in flag design — helped in identifying that group of 18. Subsequently, the public was invited to comment on that group of 18 flags, and more than 7,000 people participated.

But City Council was slow to take action after that initial process and, as noted in a September release from the Design League, Council eventually "determined that additional design criteria should be considered, with the hope of arriving at finalist designs that most accurately reflect Columbia’s history and spirit."

Five designers — Samuel Choate, John Gehringer, Daniel Jones, Nick Julian and design studio/print shop The Half and Half — were then chosen to enter the final phase of the flag saga.

All five of those designers were among those who submitted designs in the initial process, and they were selected for the extended process based on public comment, input from flag experts and a jury review process. Each of the designers will get a $500 stipend from the city, and the winning designer will get $2,000 from the Columbia Design League and Columbia Flag & Sign Co.

The Design League and city advised the finalists that flag designs “should incorporate colors and/or symbols that represent contemporary Columbia and the diversity of people that live and work in the city.” The finalists also were asked to include “shapes or symbols that signify wings.”

Officials note that, in 1786, state Sen. John Lewis Gervais said, during the planning stages of the state’s Capital City, that he hoped residents would “find refuge under the wings of Columbia.” The iconography of wings also signifies Columbia’s rise from the ashes, like a phoenix, after the city was burned in 1865 at the end of the Civil War.

Following his recent appearance before Council, Snelgrove told Free Times he feels confident the city is, at long last, nearing the selection of a new flag.

"[City Council] seems comfortable with how the process was run," Snelgrove says. "They seem comfortable that it was an important project to take on. They are each picking their three favorites, so they are considering what should represent us. They know, I think, at heart that we don't have that imagery that represents us. We lack it and we need it. We need something better to fly."

The current city flag was adopted in 1912. It is sky blue with the city’s seal in the center. On the right side is a spray of cotton, and on the left side is a stalk of corn with full ears and a tasseled top. (Corn and cotton were the leading crops of the area at the time of the banner’s adoption.) The flag only flies at a few places in the city, including City Hall. The current flag was designed by a local school teacher named Kate Manning Magoffin. She won $100 in a contest sponsored by the city and The State newspaper for her flag design efforts.

In his Jan. 7 talk with Council, Snelgrove introduced the idea that, once selected, the new city flag could serve as an oft-used symbol of Columbia, one that could pop up on T-shirts, hats, lapel pins and beyond.

"Certainly when you look at other cities that have good flags, like Chicago, oftentimes brands use that to represent that they are from Chicago. They use it as a source of pride."