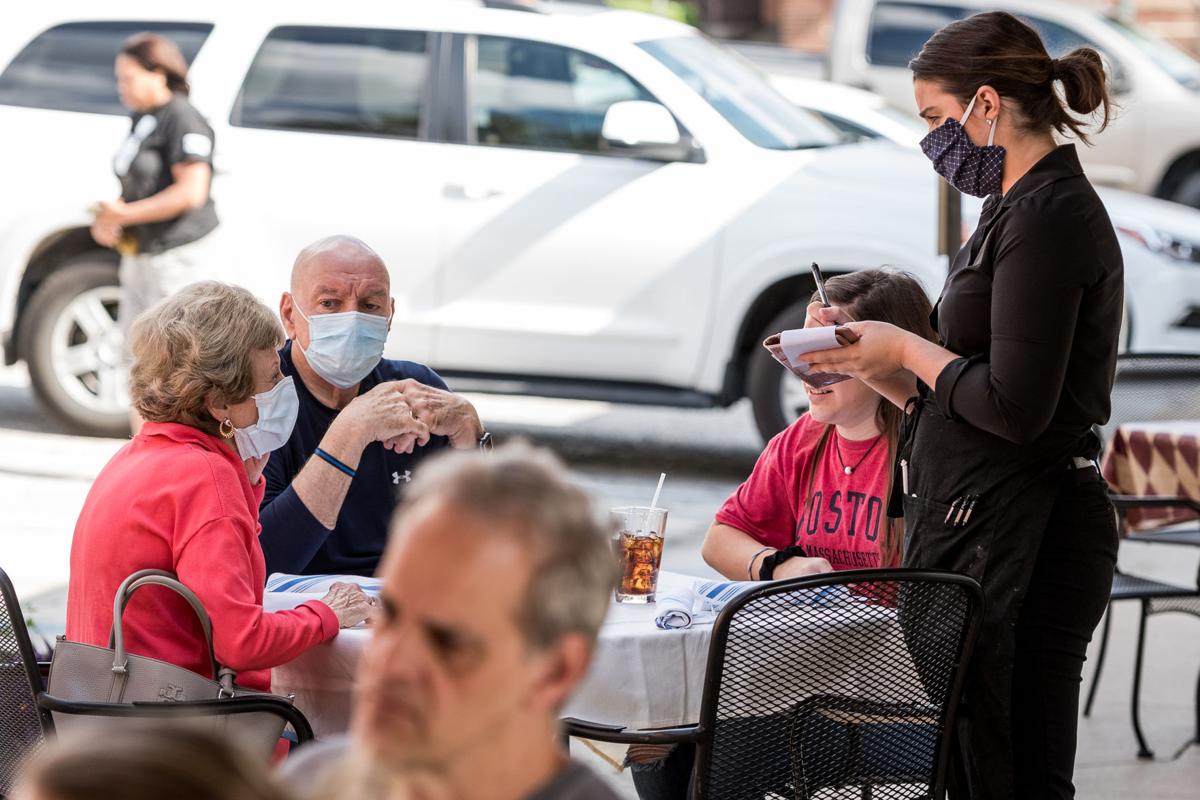 Outdoor diners at Blue Marlin on May 6. 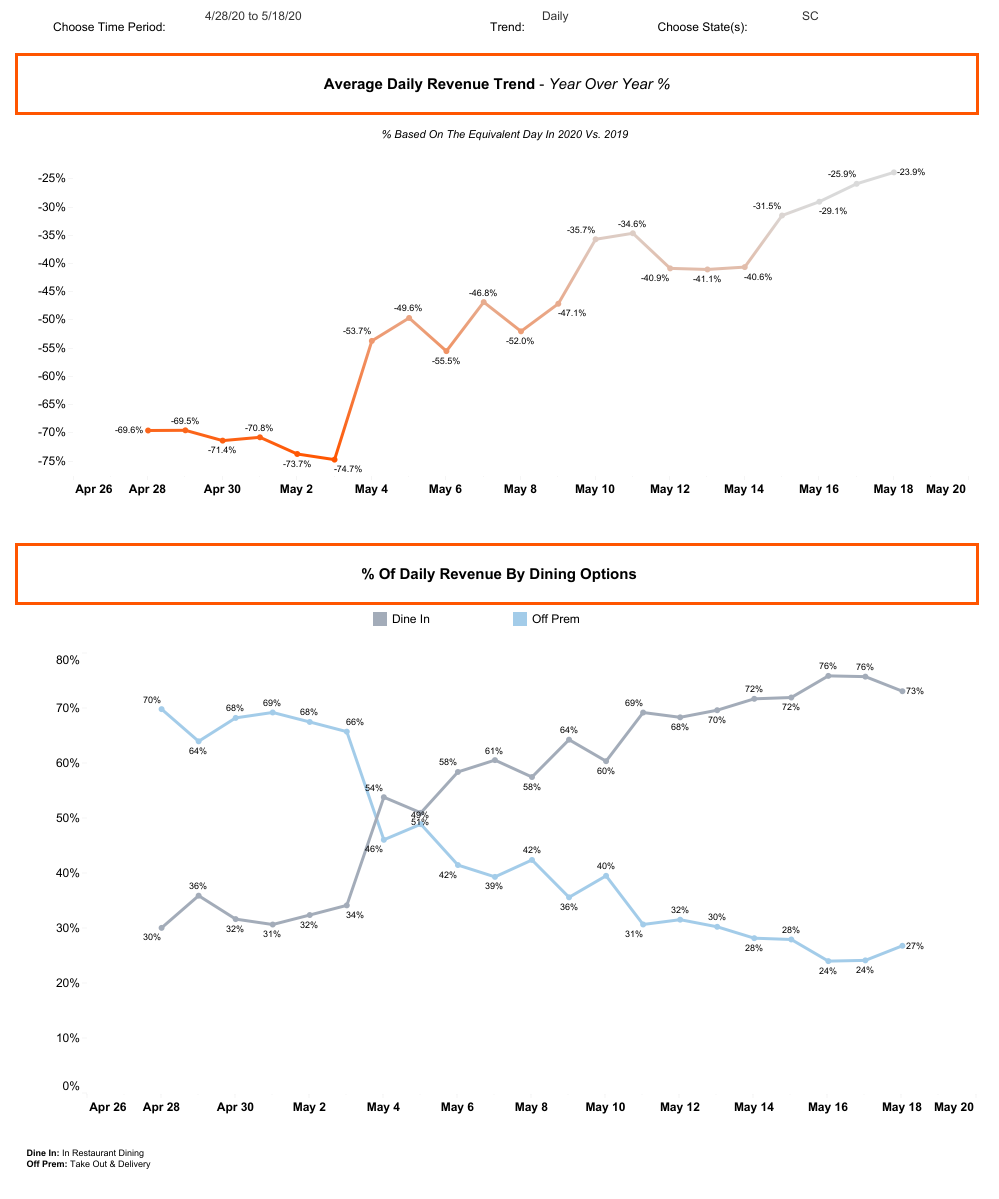 Free Times has written a lot about how hard South Carolina restaurants have been hit by COVID-19 and its resulting economic slowdown. Gov. Henry McMaster closed down all on-premise dining from March 17 through May 4, and while many restaurants attempted to make do with to-go food sales, some elected to close entirely. For some in Columbia, it was too much to overcome — the circumstances hastened the end for Five Points’ iconic Yesterdays Restaurant & Tavern and doomed the Vista bar Uncle Louie’s. But it appears that the situation isn’t as bad in South Carolina as it is elsewhere. The state’s restaurant sales are far outperforming the rest of the country as economies begin to reopen. That’s the main takeaway from data collected by restaurant sales management company Toast, which has been releasing revenue figures on the website rallyforrestaurants.com. Per Toast’s numbers, South Carolina revenue has rebounded better than all but four other states in the country.

“South Carolina has been an interesting case,” Toast’s Senior Vice President of Marketing Kevin Hamilton tells Free Times. “[Revenue] is still substantially down [in South Carolina]. … For less successful restaurants that will be very challenging,” he adds. “But it’s not as severe as it was during the closure.” On May 4, the governor reopened restaurants for outdoor dining and, one week later, reopened dining rooms, urging establishments to comply with guidelines from the South Carolina Restaurant and Lodging Association that recommend limiting service to half capacity. Since then, South Carolina restaurants have rebounded significantly. Over the last four weeks, sales have increased by about 45 percent and are sitting at roughly 26 percent down from a year ago, per Toast’s revenue data. While far from ideal, that’s a dramatic reversal from when bottomed out in March and April. At times, the state’s restaurants experienced 80 percent drops when compared to 2019 sales.

South Carolina’s rebound is outpacing neighboring states like Georgia and Florida, which have mustered about 38 and 47 percent of sales from the same time last year during the past week. Only Idaho, Oklahoma, Montana and Utah are faring better than the Palmetto State — and Idaho is the only state outperforming last year’s sales. The national average for sales sits at about 59 percent of what they made a year ago, based on the 45 states and about 13,000 restaurants Toast pulled data from.

Nationally, revenue has returned faster for what Hamilton defines as quick-service restaurants — fast food and fast-casual spots — than full-service, sit-down restaurants. While state- and city-specific data hasn’t been widely released yet, figures show quick-service restaurants are down 57 percent across the board, while full-service spots are down 72 percent. The company’s data also shows that the balance between on-premise dining and to-go/carryout orders is beginning to normalize. Hamilton says that restaurants typically make about 90 percent of their revenue from on-premise sales, but that flipped to about 28 percent for on-premise and 72 percent off-premise during the pandemic. In Columbia, some of the off-premise experiments have included things like family meals, selling grocery-style goods like eggs or flour and other efforts to blend retail-style sales into the restaurant business.