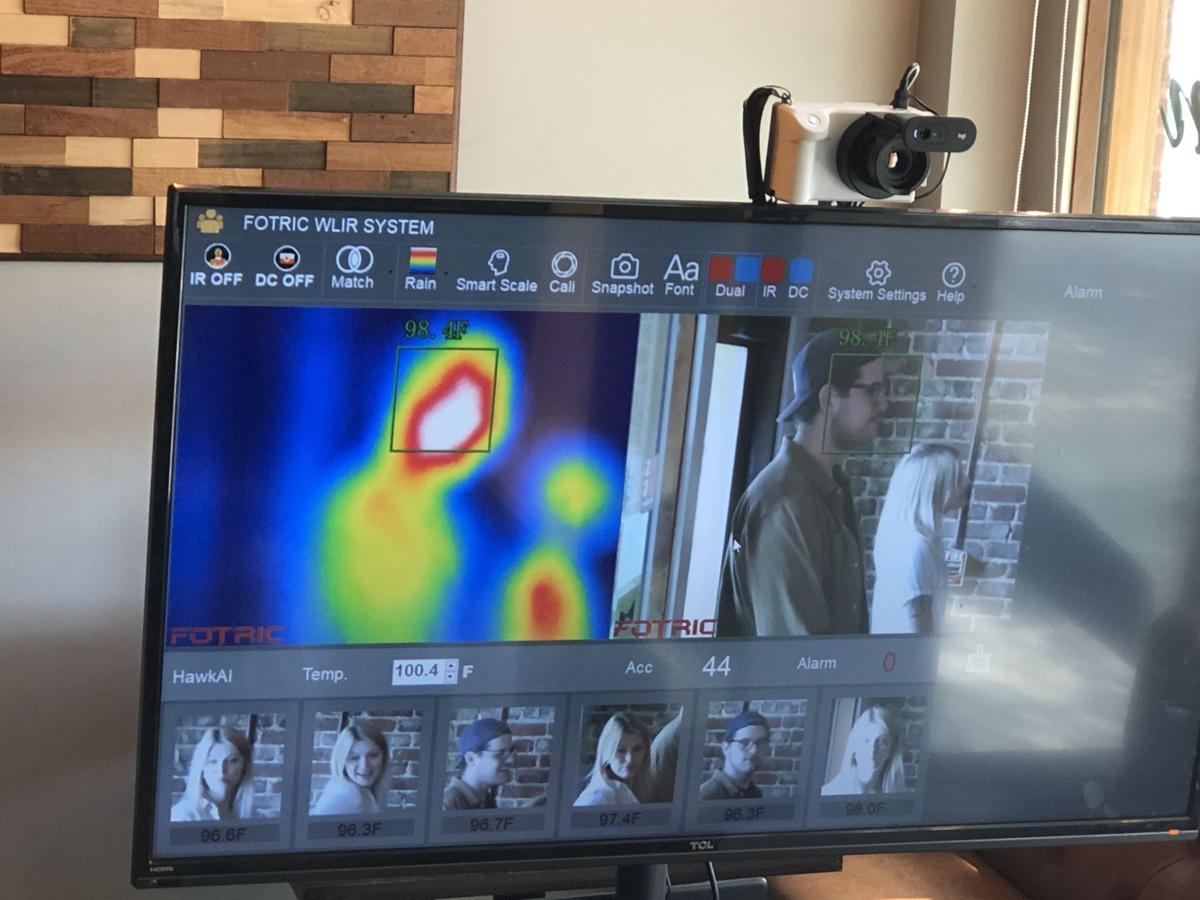 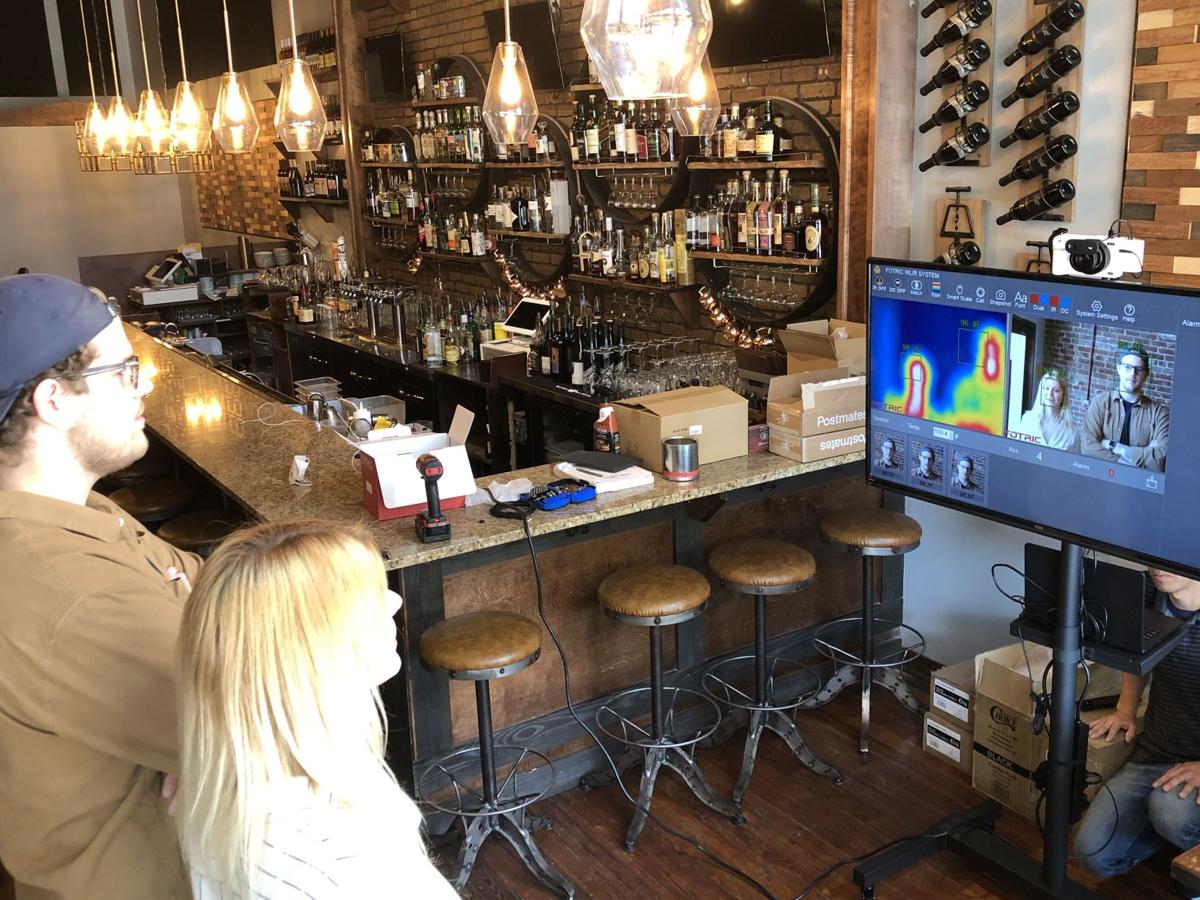 An example of how 929’s thermal camera works. Photo provided

929 Kitchen and Bar owner Sean Kim says a common topic at dinner with his family is where they will go out to eat once things normalize. He knows he’ll be concerned about the coronavirus pandemic still, so he’s doing something to alleviate concerns at his own business.

He’s monitoring other countries’ approaches to the pandemic and noticed that in South Korea, thermal cameras are being used in public spaces. He soon reached out to friends there and, now, Kim’s purchased a roughly $6,800 thermal camera and monitor setup for 929’s entrance. The camera can gauge up to eight customers’ temperatures at once and alerts staff is someone has an abnormal temp.

“At least if I’m temperature checking in the front … I’ll be a little relieved to go in, that was the starting point of when I was thinking about it,” Kim tells Free Times.

While he hasn’t come up with an official plan yet, his tentative idea goes like this: The business will have a sign notifying customers of the thermal testing, and, if someone is exhibits an abnormal temp, 929’s staff will ask them to leave.

Kim’s considering offering those who are asked to leave a small gift card to help smooth the possibly uncomfortable interactions between staff and the customer.

“During this crisis everyone will understand what we need to do,” he reasons.

Kim’s business has struggled since the pandemic began to affect the state’s economy. They’re only open for takeout and are making about 70 percent of what they were prior, he reports. Kim says it’s not sustainable — echoing what other owners have experienced, with some having seen sales drop by half or more.

Still, when Gov. Henry McMaster opened South Carolina restaurants for indoor dining, with the recommendation that dining rooms operate at 50 percent capacity, on May 11, Kim says he thought it was too soon. He thinks the state has been handling the pandemic well overall, but he’s still too concerned to open his staff and customers up to potential exposure.

The coronavirus also impacted his plans for a second 929 location in Charlotte that started construction last September. The construction is done, but it isn’t financially wise to open yet, Kim details.

As South Carolina restaurants reopen, workers are left in a tough spot

He’s paying attention to how other countries, like South Korea and Germany, are doing with their own reopenings, and says the small resurgences in infections seen there have him worried.

“South Carolina is doing a really great job, but I can’t risk myself and my employees,” Kim shares.

Currently, Kim is hoping for a late May opening, but he’s monitoring the number of cases. If it doesn’t decline by the end of the month, he plans on continuing with takeout-only service. Once he reopens he plans to regularly check staff and continue to use the camera for three to six months.