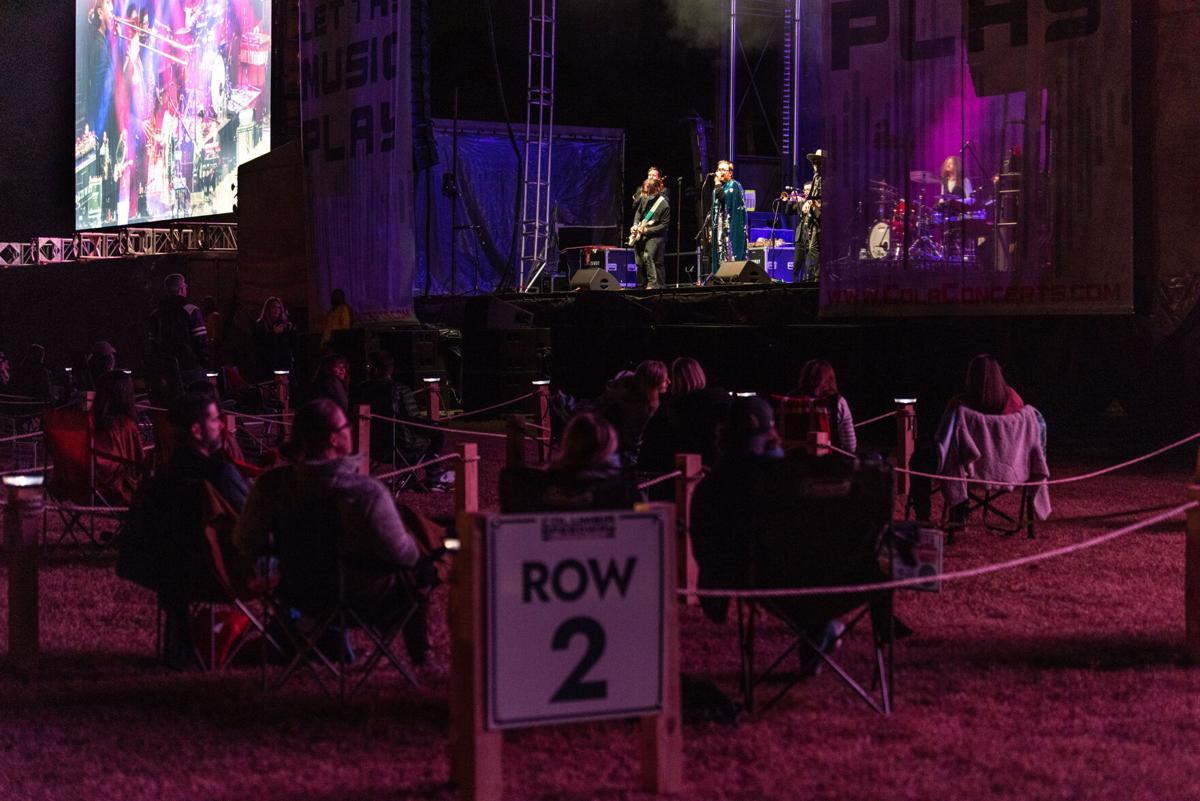 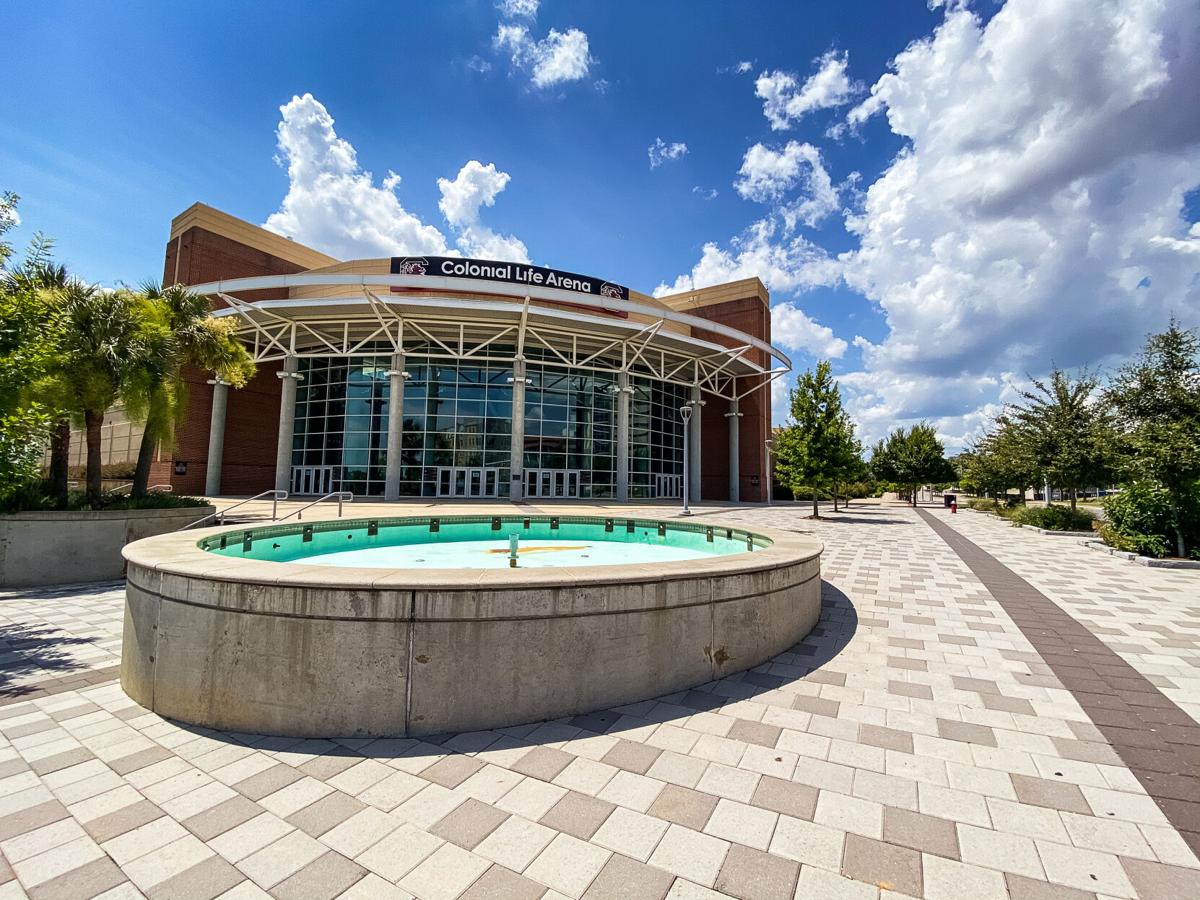 Colonial Life Arena is set to host its first concert since the COVID-19 shutdown last March, a comedy bill headlined by Mike Epps.

If current plans hold, the April 16 date will follow five days behind the arena’s first non-USC-sports event during the pandemic, the return of the annual Monster Jam scheduled for April 9-11.

But plans are very much still evolving.

Since Free Times talked to General Manager Sid Kenyon on March 3, the Columbia R&B Fest originally scheduled to be the room’s first concert back on March 27 was postponed until October, and an April 21 date from Jimmy Buffett, rescheduled from April 2020, was canceled.

As Columbia rolls into March and April, its biggest concert venues — Colonial Life, Township Auditorium, the large rock club The Senate, and the socially distanced Cola Concerts series started last fall at the Columbia Speedway Entertainment Center — are all scheduled to return to action, or get a little closer to normal operation.

[Update: Township Auditorium has postponed its planned April concert from Brett Young to November. The next show scheduled for the venue is in August.]

All are enforcing COVID-19 protocols and heeding recommended guidelines. But, as the shuffling schedule at Colonial Life proves, there remains little certainty about how the spring and the rest of the year will play out.

This uncertain landscape, and the stigma that has greeted rooms that some believe returned to business too early, are why Kenyon is glad his space won’t be the first to host an event while COVID-19 lingers. He said his team has been in constant contact with venues around the U.S. and Canada, some of which opened earlier than others.

“We've got some precedents,” he added. “I think that takes away some of some of that stigma.”

In the Columbia area, the most prominent precedents have been the speedway events put on by Cola Concerts.

After a $1.3 million buildout to install a big outdoor stage with LED screens and socially distanced seating coves at an old racetrack infield in Cayce, the venue was forced to push five of the nine touring headliners it scheduled for November and December.

Now, the venue is looking to come back in a big way, starting its spring with a four-night stand from psych-grass phenomenon Billy Strings (April 1-4), along with new dates from big-time rock acts Mt. Joy (May 15) and Blackberry Smoke (April 23), and rescheduled shows featuring Shovels & Rope (May 1) and Wynonna Judd (April 25).

But, as with Colonial Life, a change has occurred since Free Times’ March 2 conversation with Adam Epstein, CEO of Cola Concerts partner Innovation Arts and Entertainment. An April 24 date from Jason Isbell & Amanda Shires, postponed from December, has now become a Sept. 2 show featuring Jason Isbell and the 400 Unit.

Epstein emphasized adaptability as key to pulling off concerts during COVID conditions.

“We act at the discretion of the talent,” he said. “And if they decide that they don't want to play because of some sort of concern, and they'd rather do it at a different time, who am I to say? I don't really take a position one way or the other, all I really care about is that everybody's comfortable. And that can happen, you know, if it happens in a way that requires us to reschedule a date, for one reason or another, I'm game. All I care about is putting fans and bands together at a time that works for everybody.”

Epstein said the prospect of good weather and the growing number of vaccinations have him hopeful for a successful 2021. He reported that sales for Mt. Joy and Blackberry Smoke had already exceeded the response to the venue’s fall concerts, which he explained were hampered by a colder than expected season and spikes in COVID-19 case numbers heading into the holidays.

“It wasn't us,” Epstein posited. “Everything was about the climate at the time, back in the fall. And after talking to our colleagues in other cities, they all found the same thing. Everybody had lots of success in July, August and September.

"When people like us doing these drive-ins and pop-up venues got to October, things got really bad," he said. "And sales across the United States, with the exception of some places in California, slowed down to the point that it was bad. People were losing lots of money, audiences dried it up, they stopped going.”

At the moment, Cola Concerts and Colonial Life are operating at a similar capacity. With the speedway pushing the maximum occupancy of its coves from four to eight depending on what a given artist is comfortable with, it can now exceed 5,000 people, while the arena is operating at roughly 25 percent of its normal capacity of 18,000 to allow for social distancing.

Both Epstein and Kenyon emphasized that finding artists willing to cut deals that can work within these limitations, and those artists being able to string together enough tour stops to make it worth their while, are essential.

“We have to have entertainers and groups that are willing,” Kenyon said. “We've talked to some groups, and I don't want to get into specific names, but some artists are saying until basically everyone's vaccinated, they don't want to go out. Then we've got some that say they don't care. But for big, major tours to work financially, you know, they're telling us, they can't do anything piecemeal. Almost the whole country, or at least a large region of the country that’s close together has to be open. Because they just can't do one-offs for most things.”

At The Senate, which normally has a capacity of 1,200, the situation is much the same.

Derrick Osborne, the regional manager for the live music bar chain Tin Roof who oversees the Columbia location and the adjoining Senate, said things got harsh when winter came, with the typically standing-room venue struggling to get by on vastly curtailed seated shows. But now, touring acts are beginning to return, including the popular country-rock band The Wild Feathers on April 22, one of the venue’s first attempts at returning to general admission concerts. That show is capped at 250 people.

Gervais Street Bridge Dinner set for May, awaits approval for Columbia half of bridge

Enforcing social distancing and mask-wearing (required when not eating or drinking) with a standing crowd in a dark room will be a challenge, Osborne admitted.

“There's only so much we can do,” he said. “When they purchase tickets, of course, it says we're not allowing gatherings at the barricade. We are keeping our tables on the floor, they're all spaced out, hoping and encouraging people to kind of stay with their group around a table.”

“When you first enter, we’ll have signs that say, please, you know, we do encourage social distancing, no large gatherings, please keep distance between your groups,” he added. “And we also have people that are just going to be walking around sanitizing things, and just kind of just reminding people ... and that's really all we can do.”

While Kenyon is confident Colonial Life can conduct its upcoming events safely, he too spoke to the difficulty that comes with attempting to enforce this kind of mask requirement.

“(Basketball) season ticket holders ... they're used to being here,” Kenyon offered. “They have some ownership of the venue. They're invested in what happens here. So they probably may be an easier crowd to deal with. I think there will be more challenges with being in the dark, maybe, depending on what the crowd looks like. Is there more alcohol consumption? You know, it just kind of depends. I think we have to be prepared for that.”

At the smaller end of the scale, perennial West Columbia rock dive New Brookland Tavern has begun hosting some full-band local bills with a limited capacity of about 50, while also trying to draw in people with trivia nights and food service. But it hasn’t been smooth sailing.

A rash of positive COVID-19 tests among the staff forced the bar to close for two days last month and postpone a concert headlined by Charleston’s Mel Washington.

As far as getting back to anything close to business as usual, Promotion/Marketing Coordinator and Audio Engineer Carlin Thompson said it’s looking like fall at the earliest.

“As long as there's a high number of cases, there's no reason for us to be at full capacity or have a sold out, 250 or 300 person show, there's just no reason to do that. Because it just puts so many more people in danger.”