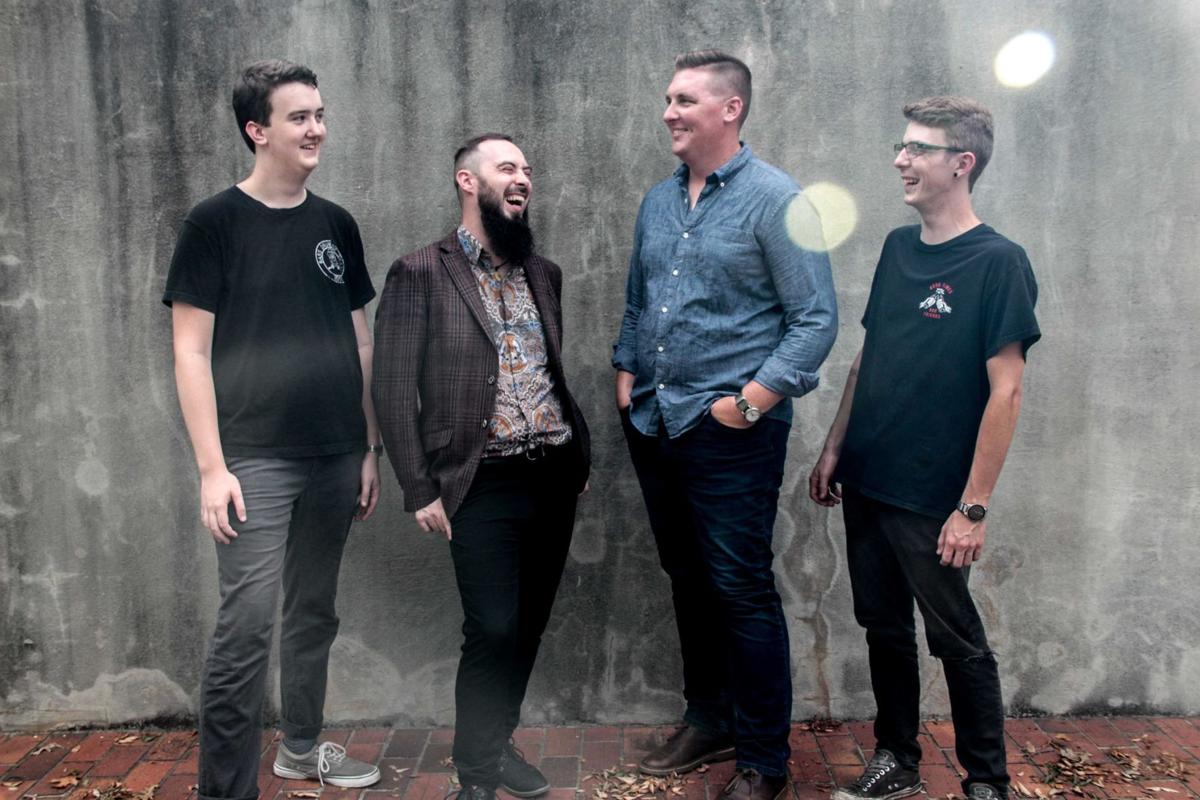 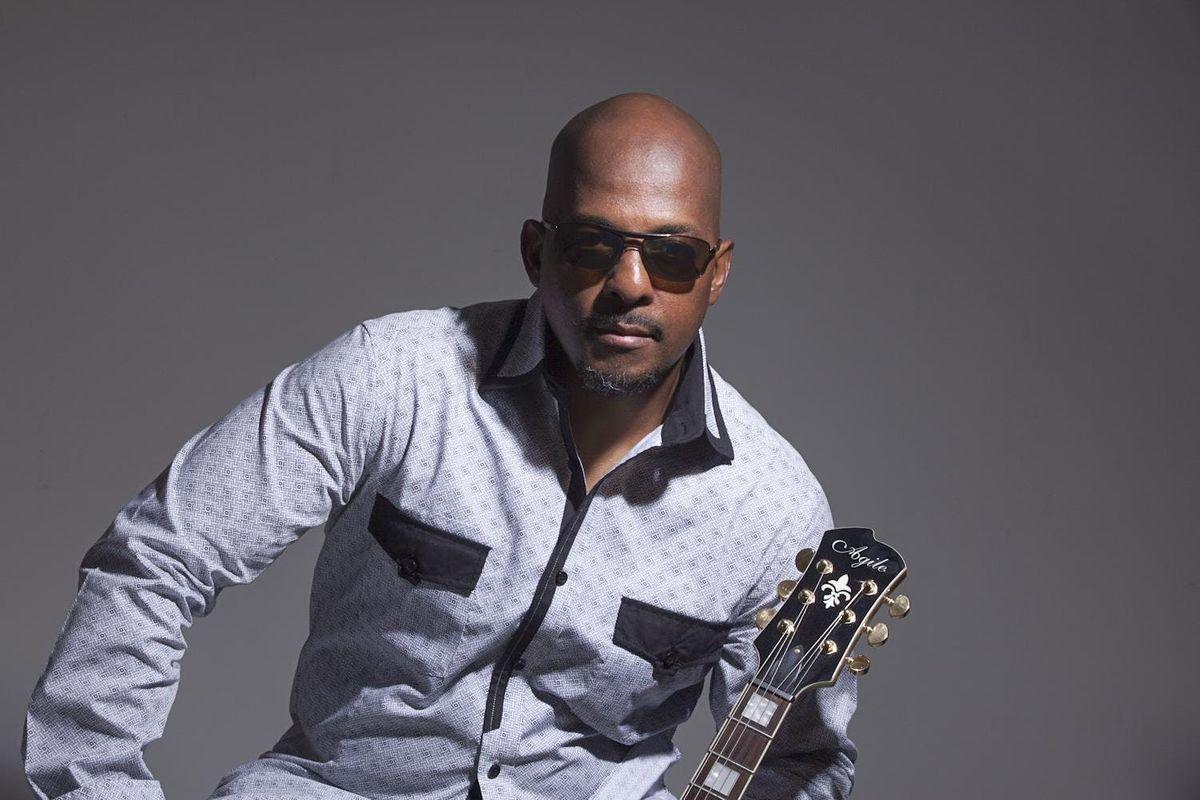 Levi Hummon — There’s really nothing wrong with Levi Hummon, per se. His 2018 EP, Patient, and the slew of singles he’s put out this year, including “Night Lights,” “State I’m In” and “Drop Of Us,” are perfectly nice slices of electronics-tinged pop-rock. They would fit in fine on any mainstream radio station, and Hummon has an appealing, melodic delivery as a vocalist. But why are we classifying this as “country music?” Is it because Levi is the son of country musician Marcus Hummon? Because that ain’t enough. This is modern pop music, and that’s fine. Just call it that. — Vincent Harris | Tin Roof: 7 p.m., $12 ($10 advance); 803-771-1558, tinroofcolumbia.com

Abbey Road Live — Abbey Road Live makes yet another trip to Columbia this week. Billed as the premier Beatles tribute act, this Athens-based group of musicians takes you through rousing versions from The Beatles catalog with enough costume changes to pave the road beneath the Magical Mystery Tour bus. — Ethan Fogus | The Senate: 8 p.m., $15; 803-252-9392, thesenatecolumbia.com

Cletus Baltimore — Formed during the members’ time at Brevard College in North Carolina in the early-’00s, Cletus Baltimore now calls Columbia home, but its sound hasn’t changed much from those student days of jam rock and classic covers. They still dial up the occasional familiar tune from Talking Heads, Grateful Dead, or The Band, and their originals have evolved into even spacier, funkier jams. Britt, Ervin & Crosby open with a bluesy power trio sound from three local music scene veterans. — Kevin Olive | The White Mule: 9 p.m., $8 ($5 advance); 803-708-5908, whitemulemusic.com

Hold Fire — Bruised Fruit, the debut LP from Columbia’s Hold Fire, has the feel of an omnivorous rock ‘n’ roll mind unraveling in heartbreak. Bouncy, Red Hot Chili Peppers-ish grooves collide with churning, punk-tilted breakdowns; Thom Kehr’s wounded, Jeff Mangum-ish croon alternately slinks and bursts (screaming things like “Everything is so f#!ked now / That all I hear are siren sounds!”) goaded by purgative melodies that span the gamut from Death Cab to Radiohead to Bon Iver and beyond. The album is, in its depth of feeling and fractured musical focus, a potent reflection of modern times. Tonight’s release party also features Saul Seibert, St. Jupiter, and Bedroom Getaway. — Jordan Lawrence | New Brookland Tavern: 8 pm., $8 ($10 under 21); 803-791-4413, newbrooklandtavern.com

Wreckless Eric — After sitting out most of the ’80s and ’90s, Eric Goulden — who’ll forever be known by his nom de guerre, Wreckless Eric — has hit a second-career stride in the 2010s. May’s Transience is Goulden’s third longplayer in five years, and second in 13 months; like the rest of his catalog, it’s marked by sharp wit and sneering attitude, but the angst and introspection here — Goulden makes messy but trenchant observations on aging and familial relationships (“Father to the Man”), aging and rock stardom (“The Half of It”) and the frailty of existence (“Tiny House,” “California/Handyman”) — imparts a welcomingly weary feel. — Patrick Wal | Curiosity Coffee Bar: 7 p.m., $15 ($12 advance); 803-357-2889, curiositycoffeebar.com

Sort of getting to know Alabama’s enigmatic instrumental dynamo Daikaiju

Mason Ramsey — Mason Ramsey got his big break as a YouTube sensation yodeling in a Wal-Mart. His family has since monetized the tween’s career. Even though he was picked by Atlantic Records for his shockingly mature croon, the songs tend to skew more toward the 10 gallon hats of Garth and Chesney. Not a bad thing, necessarily. The songs are good, but that might be just because the hired gun writing the songs is a Nashville pro. Time will tell if Mason’s a flash in the pan or the real deal. — Ethan Fogus | The Senate: 8 p.m., $15, 803-252-9392, thesenatecolumbia.com

Eddie McCloud — With the imminent closure/move of Tapp’s Art Center, this is the final installment in Al Black’s Songversations series, at least for now. The shows have brought local artists both known and relatively unknown to both perform and discuss their music, songwriting and more. Eddie McCloud is one of those relatively unsung locals, a songwriter and guitarist who incorporates soul and blues into his acoustic style. — Kevin Oliver | Tapp’s Arts Center: 7 p.m.; 803-988-0013, tappsartscenter.com

Prettier Than Matt — Prettier than Matt is an acoustic duo based in Columbia. With Jessica Skinner on vocals and ukulele and Jeff Pitts on vocals and guitar, the group creates something magical. Performing Americana/pop mixed with rock undertones, the result is much more than just an acoustic duo. These two are true performers, merging genres and creating something new. You can hear influences like Ingrid Michaelson, The Beatles, and Grace Potter & the Nocturnals throughout their music. — Hallie Hayes | The White Mule: 8 p.m., $5; 803-708-5908, whitemulemusic.com

Vital Remains — Formed in 1988 in the earliest days of death metal, the Providence, Rhode Island-based Vital Remains have soldiered on through lineup changes — brought about by members’ deaths as well as voluntary departures — and a stylistic evolution that has seen the band distill their sound into lengthy onslaughts of brutal and grooving death metal. This tour, dubbed 30 Years of Blasphemy, celebrates the band’s legacy as much as its tenacity. Tonight their path crosses that of the Long Island band Sanction, whose metallic hardcore owes as much to death metal’s guttural thunder as it does to hardcore’s streamlined attack. Queensway, Vatican, Fuming Mouth, and Bathe round out the bill. — Bryan C. Reed | New Brookland Tavern: 6 p.m., $18 ($15 advance); 803-791-4413, newbrooklandtavern.com