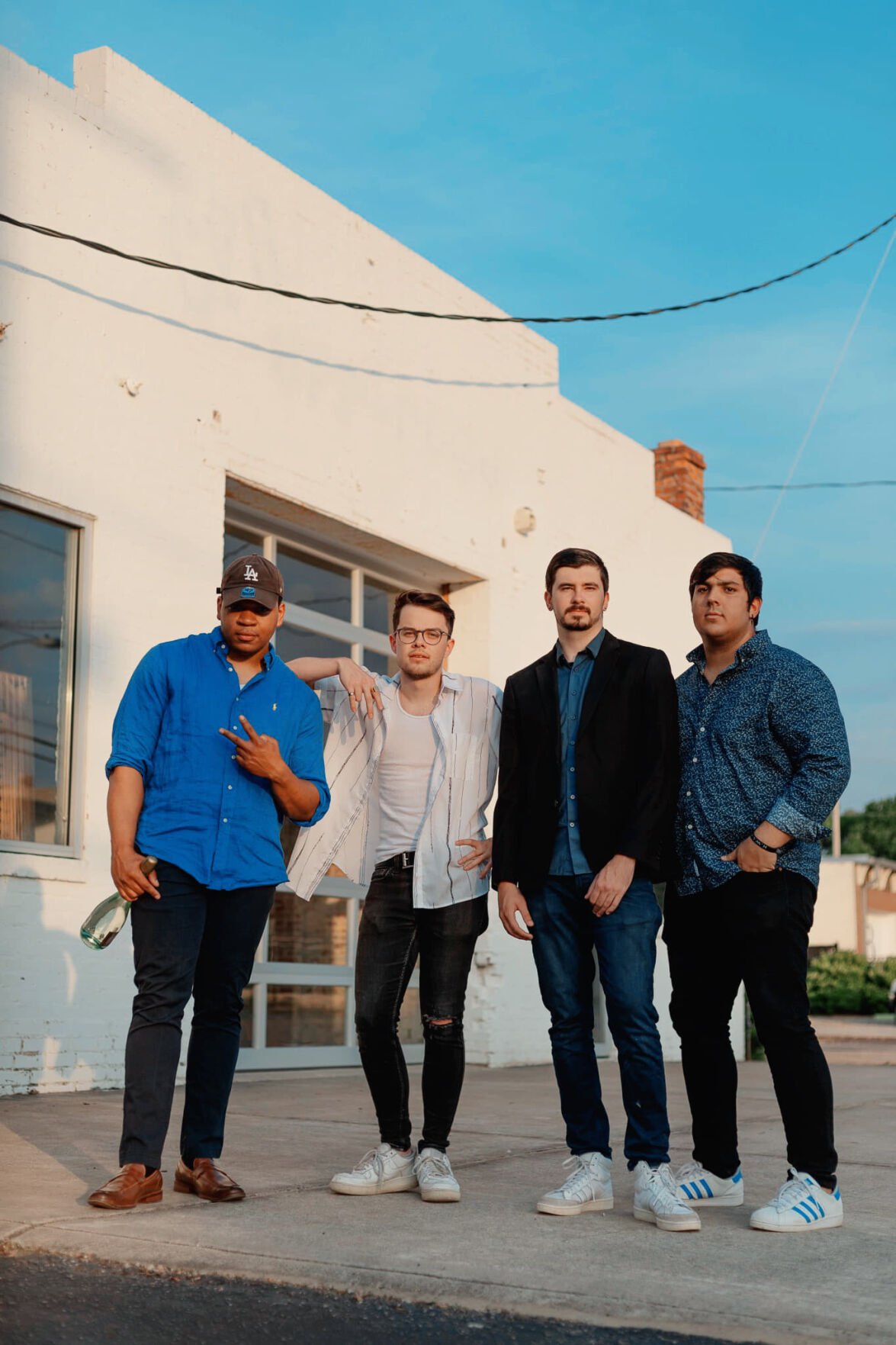 The new home of Nobodies. Provided

Columbia’s newest music club is set to open on the campus of a downtown church.

Nobodies will set up shop in a renovated garage space on Barnwell Street owned by Midtown Fellowship, which has its downtown worship hall next door. Like The Main Course, the Main Street entertainment complex that recently announced its intention to function as a music venue, it emerges onto the scene as the COVID-19 pandemic continues to wind down.

A church and a club might seem odd bedfellows, but the team behind the new venture says there will be no limits put on the types of acts they can showcase.

“It's not like the church is sponsoring,” explained Jared Wise, seated at the simple wooden bar in the Nobodies space, surrounded by his business partners Aaron Anderson, Britton Rauscher and Adrian Gonzalez.

“You know, if (someone’s) up there rapping about, you know, a lot of stuff that you would hear in rap, or metal guys are talking about devil worship, it's not like the church has their name on it. This is just our venue that we just happen to be renting from a church that owns the location.”

The Midtown Fellowship connection came by way of Wise and Gonzalez attending the church. They struck up an agreement to take over the seldomly used building.

When Free Times visited the room on Memorial Day, it was bright and welcoming, with glass garage doors on each end, which the partners plan to open and make use of parking lot space for some of their events. There’s a small stage flanked by two flat-screen TVs. The blank white walls offer the opportunity to showcase local visual artists, Gonzalez noted.

As to the team’s initial motivation to open a club, that started with their participation in the Columbia music scene. Their experience spans rapping and playing in rock bands, and the venue’s first show, set for June 11, is a 10-act hip-hop bill dubbed 10 Summers, the sequel to a blowout called 10 Winters, which local rapper and sometimes promoter Rauscher threw just before the COVID-19 pandemic.

“We're actual musicians in the music scene here,” Gonzalez said, pinpointing one of the advantages they see for themselves as they figure out what will draw people to the room. “We've been doing our homework and trying to find out who's going to see who, who's on the up and come up.”

Providing a space for hip-hop shows, which the partners have seen struggle to find venues in Columbia, is a goal for Nobodies, as is making the entire music scene more visible. The partners like what they see at clubs like New Brookland Tavern, Art Bar and Tin Roof, spots with similar capacities to Nobodies’ 200. They just want to make more shows happen, and to make more room for different styles and perspectives.

“We don't want it to be like a regular bar,” Anderson offered. The club doesn’t have a liquor license currently, and while they plan to secure one down the line, they don’t want drinking to become the primary draw.

“If you want to go see live music, usually, in Five Points, you're going to some bar,” Anderson continued. “And that's pretty much what it is. We want to be those people who really focus in on live music.”

“I don't think we're trying to usurp anybody,” Wise said. “We're all trying to partner together to grow the music community. And I think it would be hard for just one or two venues to carry a city in that way. Like Nashville, they have a spot on every corner, that makes that Nashville. We love New Brookland, we love Art Bar, all these places, but we just want to offer another alternative.”

Nobodies will return a music club presence to the block, as Midtown Fellowship’s main building was previously home to the cavernous and sporadically booked Columbia Soundstage. The team brought up the nearby presence of Township Auditorium, which you can see out the front garage window, as priming folks to already be comfortable coming to the area for live entertainment. And they emphasized the space’s relative proximity to hotspots like Cottontown, Main Street, and the Vista, as advantageous for drawing folks who might like to enjoy dinner and a show.

As to opening a venue in the dwindling days of a pandemic, the partners admitted that it’s an uncertain time.

“It could be really ugly,” Rauscher said. “Or we could take this huge leap of faith and — you know, knock on some wood right there, it's going pretty good right now.”

But they also see opportunity in opening now. With people excited to get back out as COVID-19 wanes, and with their pre-pandemic habits disrupted, it could be an auspicious moment to get them to try something new.

“We wanted to kind of catch this on the upswing,” Wise reasoned. “Things are kind of easing back down and life is starting to get back to normal, and we wanted to be there. So that when people can go out, (it’s) like, ‘Oh, there's that new place? Let's try that out.’

“I think we're kind of hitting it right at the perfect time.”