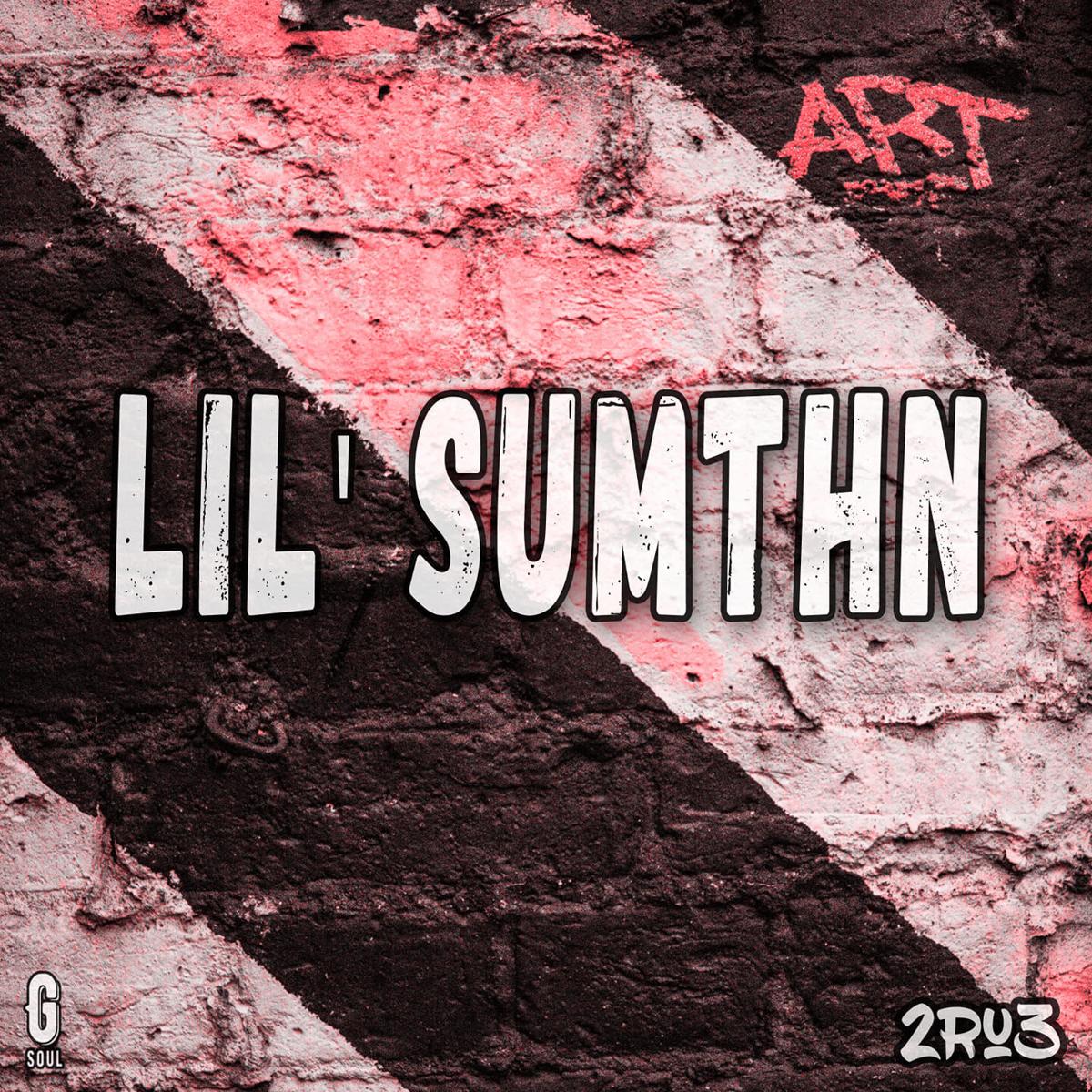 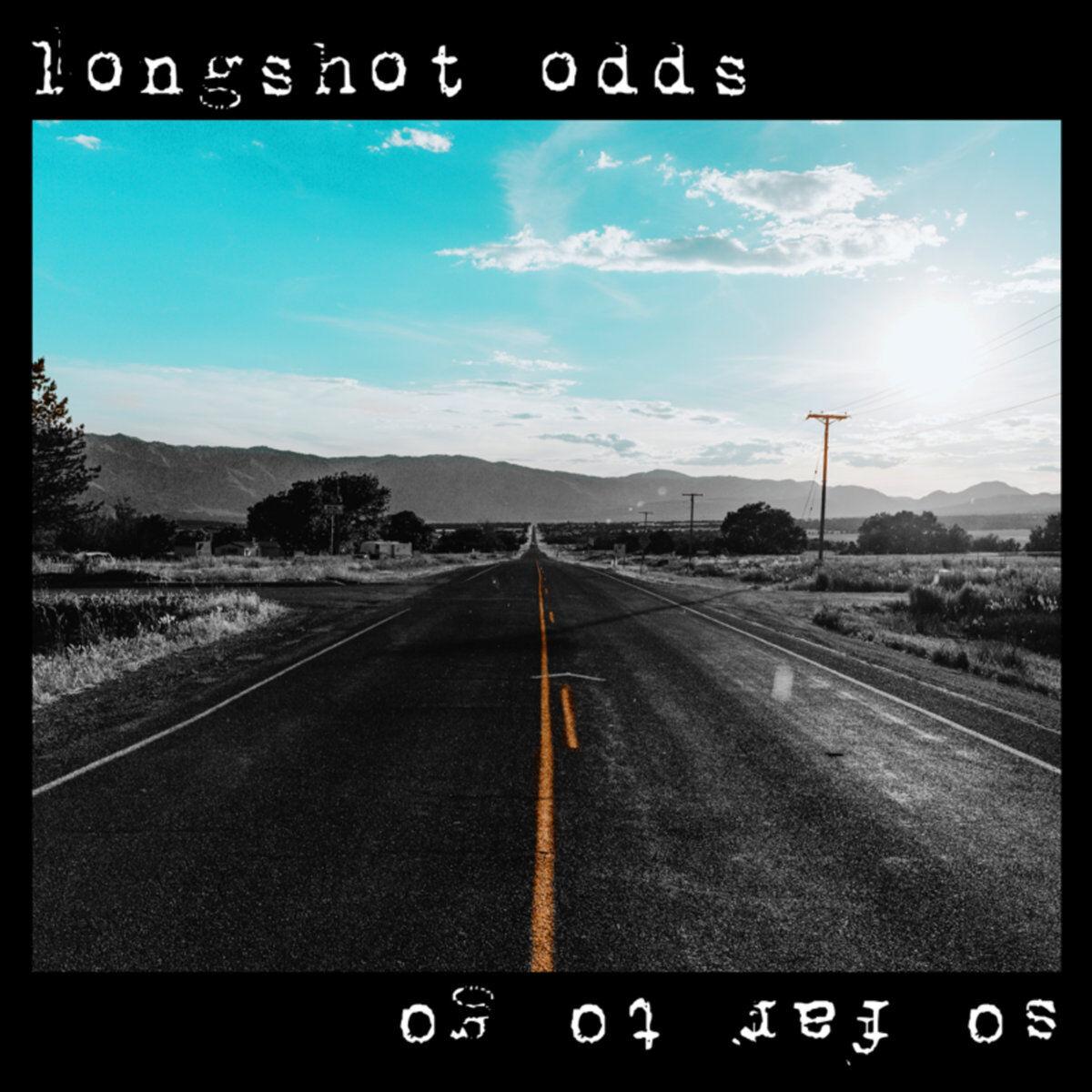 There are 10 tracks on the collection, and the LONGEST one is a minute and five seconds. Which means that your entire “Lil Sumthin’” experience is going to last about ten minutes, or the average length of one song by Swans or Godspeed You! Black Emperor.

In some ways, it’s an appealing approach. Working with a different producer on just about every track (only 6pointsmusic produces more than one song), 2Ru3 has crafted a remarkably consistent quick-hitter. The songs feel interconnected thanks to the deep shag carpet of bass and beats, and there’s just enough weirdness going on in the arrangements (sudden slowdowns, spidery acoustic guitar, eerie keyboards) to keep your attention.

With that kind of cohesion in the production, “Lil’ Sumthin” plays more like an extended suite than an individual collection of songs.

And 2Ru3 is a remarkable emcee. His flow is low-end, low-key, hypnotic and quiet. The way he slips in and out of his verses, it’s like you’re overhearing snatches of conversation on the street as you walk by. In a world where rappers often go over-the-top swagger or dive into mumble-rap madness, 2Ru3 is a breath of fresh air on the mic.

That goes for his lyrics as well. He concentrates on repetition to drive his points home, hitting key lines like “I ain’t just talkin’ the physical but the spiritual senses, too” (“Gettin’ Dark”) or “I pray to the Lord every day and night that He will bless you and keep you” (Hold U Down”) to lay out his positive-but-wary worldview.

But the amount of talent present on “Lil Sumthin’” in front of the mic and behind the boards begs the question: Why can’t we hear more?

There’s nothing wrong with keeping things short — the Ramones made a career out of it. But 2Ru3 and his crew have made this album so short that it’s hard to get a grip on anything. These tracks whiz by, often in less than a minute, before they can fully blossom, which is frustrating.

It’s not a bad idea for a performer to leave people wanting more, but “Lil Sumthin’” is ultimately too short to truly resonate the way it should. VINCENT HARRIS

Can a punk rock dude find love and happiness? The answer, Longshot Odds’ vocalist and lyricist Patrick North seems to say, depends on when you ask.

“So Far To Go,” the Columbia punk rock quartet’s first full-length album, traces a wayward journey toward personal growth amid music that is likewise balanced on the cusp of transition.

Meanwhile, keyboardist North’s gruff and snarky vocals lament his rock ‘n roll lifestyle, as he struggles to turn over a new leaf.

“Keep your nose to the grindstone, until it grinds you back,” North taunts himself on “Damaged Goods,” while massed guitars grind away in response.

North confesses that he wants to hit life’s reset button on “VCRs and Mixtapes,” which pairs blistering pop-punk with Dunlap’s Southern rock pyrotechnics.

Charleston's Music Farm is for sale. How are Columbia rock clubs weathering COVID-19?

The foursome makes its promised transformation on the title track, which sounds like nothing else on the album. As North’s gruff voice softens over gently rippling acoustics, he sings about finally finding his better self. But then a burst of laughter ends the song and album.

There’s still much further to go on this journey, Longshot Odds seems to say, and in the end, it might be nothing more than a joke. PAT MORAN