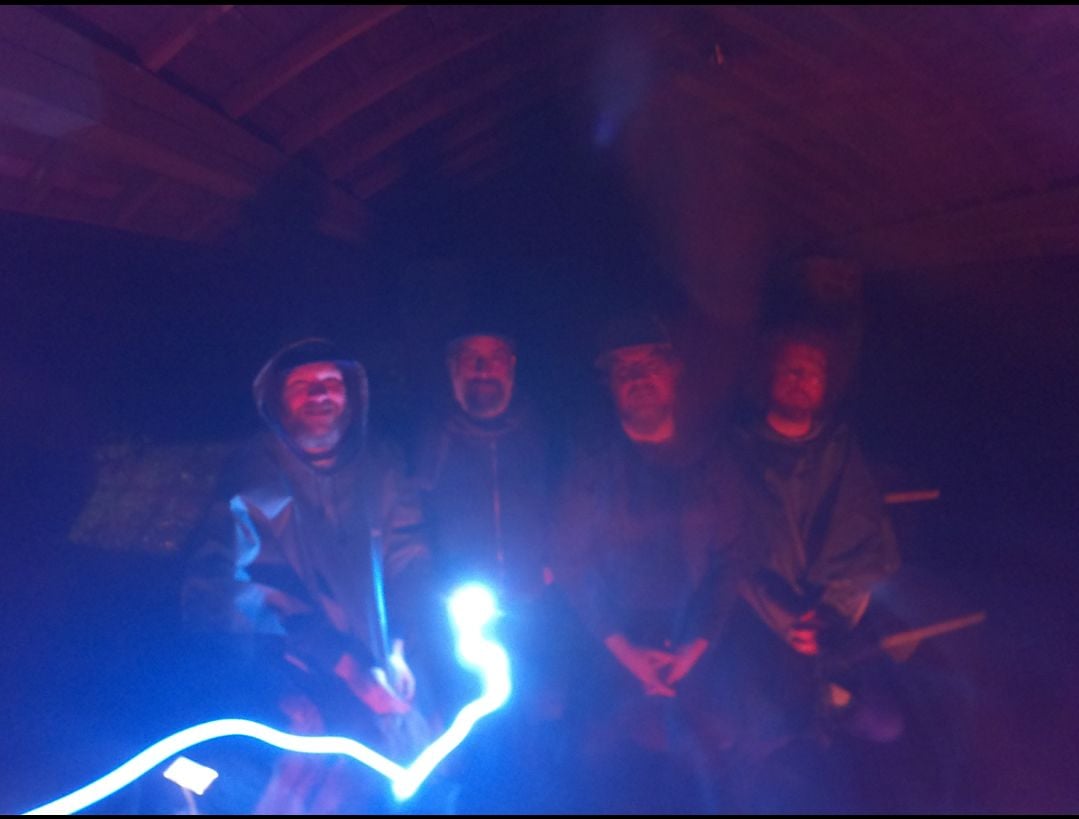 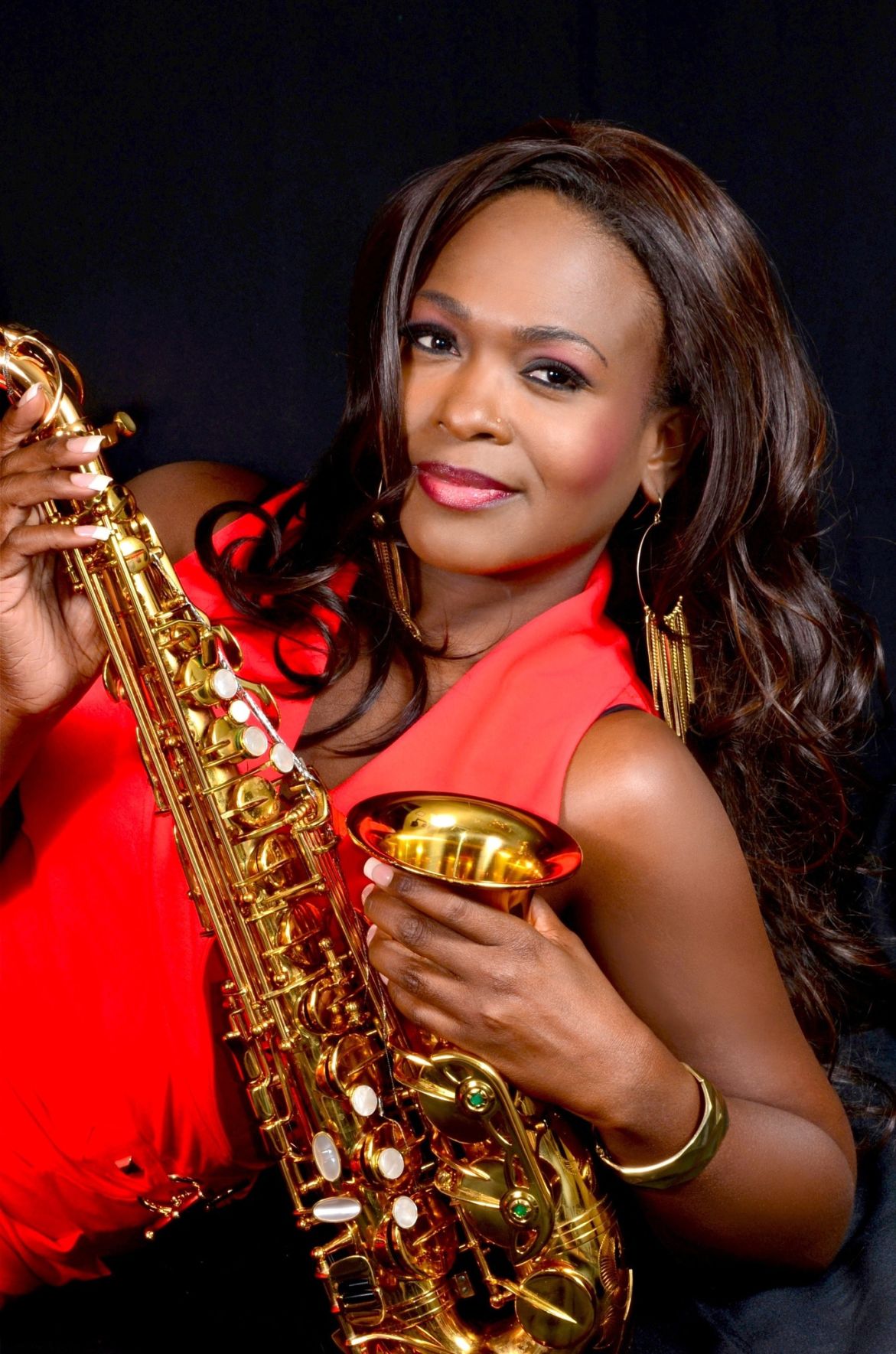 Red Shack Pickers — The Red Shack Pickers — Jim Brightly, Jay Davis, Chris Cobbs, Brian Fitch and Bentz Kirby — are a loose collection of laid-back but talented pickers that will now be hosting sessions at Foxfield every second and fourth Thursday of the month. At this outing, they’re joined by two impressive songwriters: Zach Seibert (whose stout voice, somehow both smooth and craggy, brings ample feeling whether or not his hauntingly ethereal E.Z. Shakes are there to back him) and Jeff Gregory (whose spirit is indomitable whether solo or propelled by his sleek Americana band The Runout). — Jordan Lawrence | Foxfield Bar and Grille: 7:30-10:30 p.m., free; 803-728-0420, facebook.com/foxfieldbar

2Turnt Columbia — Local rapper JBand$2Turnt is a bit difficult to find online, with his seemingly unique moniker only one letter off Atlanta-based act JBan$2Turnt. Once you find him, you’ll find an artist aiming for more than just performing notoriety, using the 2Turnt Columbia showcase to flex his chops as an event organizer and promoter. The evening’s bill boasts 11-plus artists, ranging from the emotionally charged bravado of H3RO to the trap bounce of Jumpman Kilo. — Cam Powell | The Space Hall (Tapp’s Arts Center): 8 p.m., $7; 803-988-0013, tappsartscenter.com

Jesse Brock & Mainline Express — Jesse Brock spent five years honing his bluegrass mandolin chops with the well-respected group the Gibson Brothers before striking out on his own as a bandleader with Mainline Express. As one might expect, the group, which features John Miller on guitar, Gary Filgate on banjo and Rob Ravlin on bass, is a skilled collection of players with a real feel for acoustic music, but there’s a delicacy in their playing that’s more intuitive than Brock’s work with the Gibson Brothers. Bluegrass ensembles typically aren’t known for laying back, but Mainline Express’s low-key approach to their material is quite effective. — Vincent Harris | Bill’s Music Shop & Pickin’ Parlor: 7:30 p.m.; 803-796-0477, billsmusicshop.com

Jeanette Harris — The Berklee College of Music alum Jeanette Harris is a big get for Chayz Lounge, the intimate jazz-and-R&B club which recently moved to West Columbia. Harris is a nationally known session player and smooth jazz purveyor who has won notoriety for her sultry, chart-topping cover of Stevie Wonder’s “All I Do.” She’s inordinately adept at laying down those smoky, romantic grooves and easy melodies that are the proverbial sweet spot for the club’s faithful. — Kyle Petersen | Chayz Lounge: 8 p.m., $25 ($30 group seating); 803-563-8375, chayzlounge.com

Light Up the Night — “Light up” as in get lit: This nocturnal rager pairs four EDM — the catch-all mélange of breakbeat, dubstep, trance, house and incalculable permutations thereof — acts from the Carolinas in back-to-back sets for maximum party pleasure. Charlotte’s Killtrak pairs up with Columbia’s Dylan Deekay, Charlotte’s Freaky and Devious trade blows, and, for good measure, Irewl and Vanilla Thrilla let the bass drop. — Patrick Wall | The Senate: 9 p.m., $10; 803-252-932, thesenatecolumbia.com

Brandy and the Butcher — There’s a deceptively lo-fi feel to the recent singles by Columbia’s Brandy and the Butcher. “Pretty Girls” and “Earthquake” both marinate in the scuzzy vibe of music that was recorded in a bedroom and/or garage. But take a closer listen and you’ll discover a swaggering, snake-hipped group of neo-glam-rockers. These two singles, led by vocalist Elizabeth Hale’s confident, attitude-rich sneer, could’ve appeared alongside stuff by the New York Dolls or Blondie in the ‘70s and no one would’ve batted a glittery eye. Seven Year Witch, Two Takes,  Imaginary Enemy. — Vincent Harris | Art Bar; 9 p.m.; 803-929-0198, artbarsc.com

Gwen Yvette — Gwen Yvette’s song list is mostly drawn from the big soul songbook; this gig, called The Sounds of Soul, features selections from the leading ladies of soul and R&B, the likes of Chaka Khan, Jill Scott, Tina Turner, Aretha Franklin, Betty Wright, and Gladys Knight. She also put out a record, Love, Dreams & Visions, in 2017; maybe she’ll throw in a tune from there, too. — Patrick Wall | Chayz Lounge: 8 p.m., $20; 803-563-8375, chayzlounge.com

Soda City Soulfest — It’s not that we’re not happy that fiery blues singer/guitarist Theodis Ealey, modern soul diva Lacee and soul-funk combo the Klass Band are on the bill for this show, but it’s hard to ignore the sheer awesomeness of Betty Wright and Clarence Carter. Wright is a ridiculously underrated, tough R&B singer whose biggest hit was the immortal “Clean Up Woman,” and there’s really only one word to describe the greatness of blues/R&B giant Clarence Carter: “Strokin.’” Those two are pretty much all you need. — Vincent Harris | Township Auditorium: 8 p.m., $47.50-$97.50; 803-576-2350, thetownship.org

Sourwood Honey Tribute — The music of the Lexington-based ’90s country-tinged rock group Sourwood Honey continues to be a touchstone for many longtime fans in the area, especially since the loss of singer/guitarist Chris Connor to lung cancer in 2007. A chunk of the original members and Chris’s brother Brian (of Villanova)gather once again to pay tribute to that legacy and that sturdy set of regional-favorite tunes that are weathering the test of time. — Kyle Petersen | Icehouse Amphitheater: 6:30 p.m., free; 803-358-7275, icehouseamphitheater.com

Angel Du$t, Gouge Away, Glitterer — Though it was bred from Baltimore’s hardcore scene (and two of its biggest exports: Trapped Under Ice and Turnstile), Angel Du$t takes a sharp turn away from that sound on third album Pretty Buff. Big melodies and bigger hooks ride strummy chords and driving rhythms for a mix of classic pop-rock touchstones as far-flung as Elvis Costello and The Cars, or Pavement and the E-Street Band. Floridian punk crew Gouge Away and the poppy Title Fight offshoot Glitterer open. — Bryan C. Reed | New Brookland Tavern: 7 p.m., $18 ($15 advance; 18-plus only); 803-791-4413, newbrooklandtavern.com

Frank Iero and the Future Violents — Former My Chemical Romance guitarist Frank Iero goes solo with his band the Future Violents, and the music he’s created is a good bit different from his old day job. There are times when his tortured vocals resemble the desperate yelp of Robert Smith, but the music is surprisingly straightforward modern hard rock in the vein of the Foo Fighters. Everything, from the guitars to the drums to the choruses, is designed for maximum impact, which somehow makes Iero’s self-lacerating lyrics more affecting. — Vincent Harris | The Senate: 7 p.m., $25 ($22 advance); 803-252-9392, thesenatecolumbia.com

The Appleseed Cast — The Fleeting Light of Impermanence, the ninth studio album from Kansas indie vets The Appleseed Cast, seems to course through a generation’s worth of indie rock touchstones. There are bouncy pop rhythms, glowing synths and earnest, understated vocals. The album’s layered, ethereal melodies suggest post-rock, but frontman Chris Crisci’s sings in a paintive tenor more in line with Midwest emo. It’s a logical point for the band to reach, after more than 20 years of snowballing influences on the indie rock vanguard. Tennis System and Cherry Blossom open. — Bryan C. Reed  | New Brookland Tavern: 7 p.m., $15 ($10 advance, all ages); 803-791-4413, newbrooklandtavern.com

Lauren Alaina — On the surface, Lauren Alaina has the typical trappings of an all-fluff country-pop singer. She first came to national attention thanks to American Idol, and the production on her album Road Less Traveled and her new single “Ladies in the ’80’s” is just as glossy and airbrushed as her press photos. But damned if she doesn’t have a powerful, emotional voice that manages to cut through the layers of polish and deliver the goods. If you’re going to do pop-country, and you probably shouldn’t, Alaina is not a bad artist to emulate. With Brandon Lay. — Vincent Harris | The Senate; 7 p.m., $5-$25; 803-252-9392, thesenatecolumbia.com