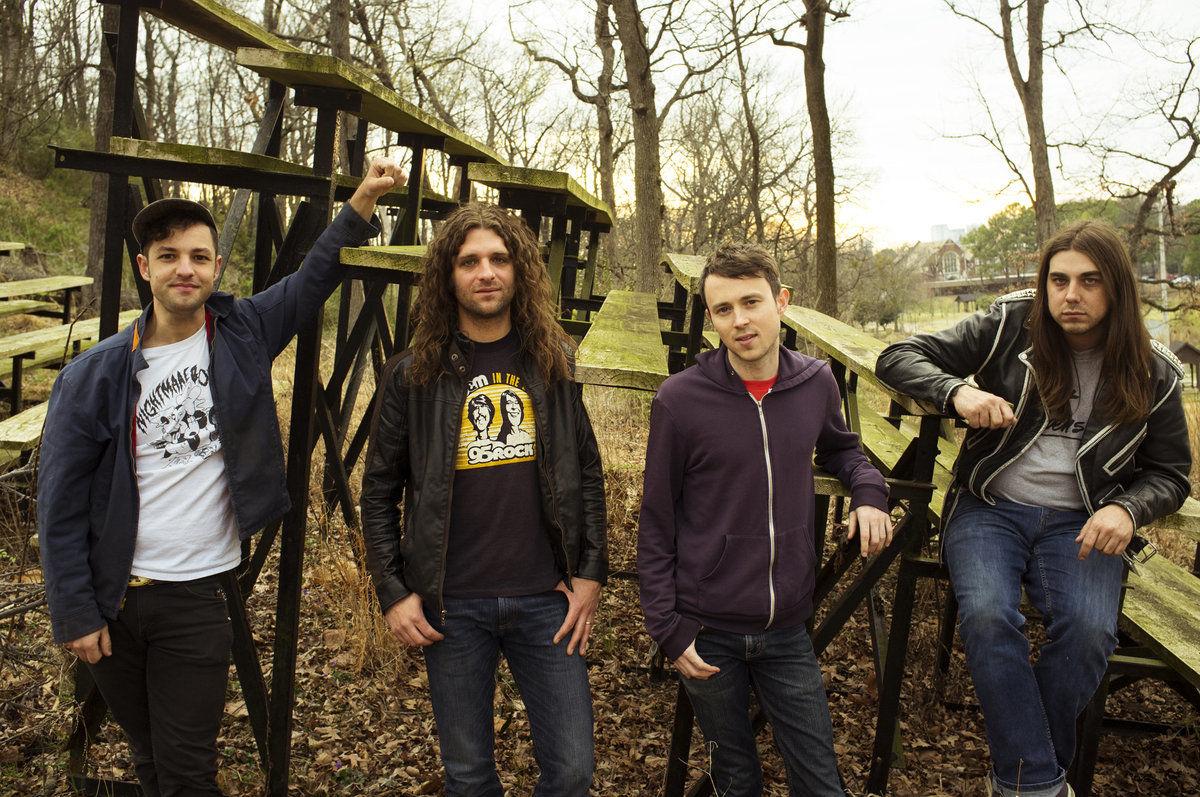 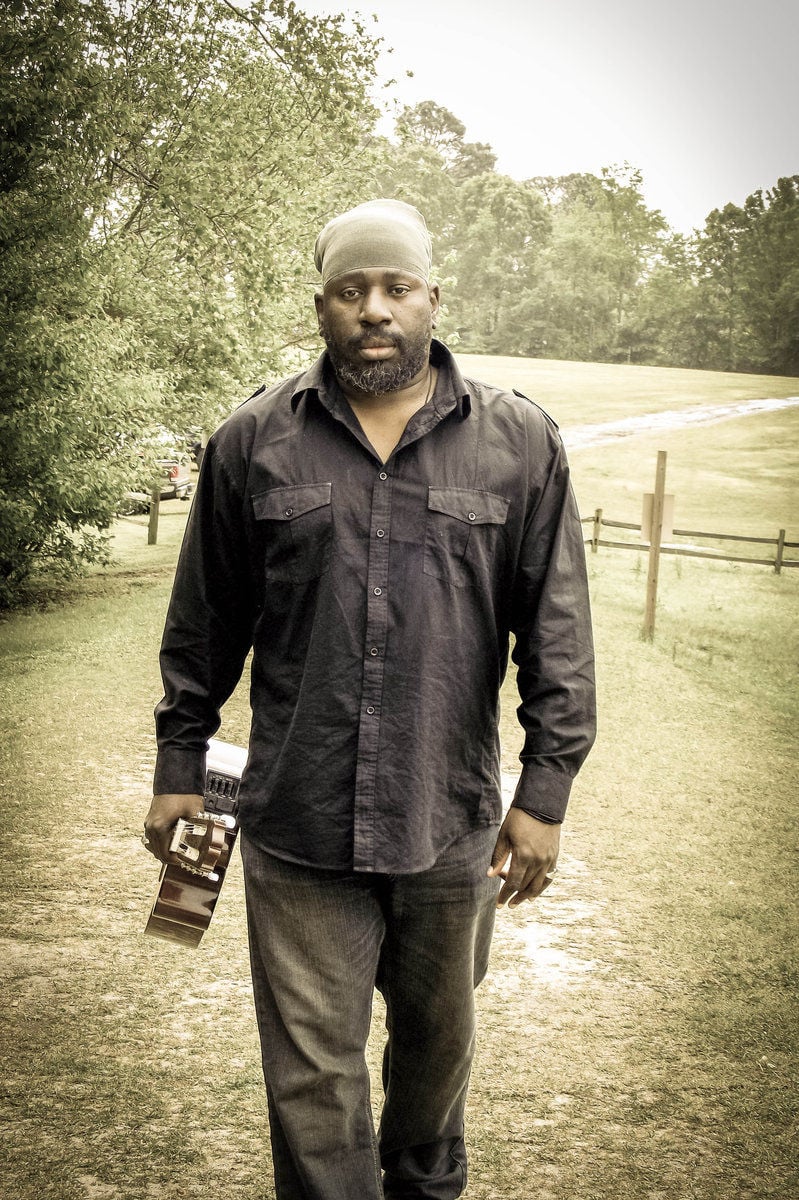 Devin Dawson — Devin Dawson is, for some reason, classified as a country singer. His single “All On Me,” was a No. 6 hit on Billboard’s Country Singles chart. Which begs the question: Why? Because other than the occasional lip-service nod toward the genre (there’s a hillbilly reference in his song “Dip” and the occasional twangy country guitar lick on his album Dark Horse), this guy is a pop singer whose stuff sounds like a slightly (but only slightly) grittier Maroon 5. There’s nothing wrong with that, really, but why market this as country music? With Hunter Price. — Vincent Harris | The Senate: 8 p.m., $18 ($15 advance); 803-252-9392, thesenatecolumbia.com

Williamson Branch — Williamson Branch is a family band that lands somewhere between Reba McEntire and The Carter Family. The five-piece plays originals and covers. The Williamson-penned  “Free” sports Scruggs-y banjo licks with a devil-may-care narrative about youth. Although the group can also bring things down. Check out their cover of “Shenandoah Waltz” for a sweet mix of soaring harmonies and funerary fiddles. — Ethan Fogus | Bill’s Music Shop and Pickin’ Parlor: 6 p.m., $15; 803-796-6477, billsmusicshop.com

THE Dubber — It’s amazing what a little swagger can bring to a performer’s music. THE Dubber plays an alluring brand of skeletal acoustic funk, playing spidery guitar over subtle percussion with some occasional dub-style production flourishes and electronic effects. And it’s good music. But it’s THE Dubber’s confident, ultra-smooth vocal delivery that drives this stuff home. He’s got a sharp, flexible voice and he knows it, so he doesn’t show off. He just grunts, growls and croons rings around his songs, building a primitive propulsion with a wink and a smile. With Othello’s Delight, Supa Chai. — Vincent Harris | The Aristocrat; 8 p.m., free; 803-708-8004, thearistocrat803.com

Grand Republic, Mike Mewborne — John Furr and Troy Tague are the enigmatic creators driving Columbia’s Grand Republic. The duo writes songs with a gauzy, shoegazing indie rock groove. But don’t pigeonhole them — there’s a lot more here than a Pavement homage. Mike Mewborne (of The Lovely Few) is a fascinating addition to this bill and it will be interesting to see how Mike’s electronic woolgathering translates without his band. This additino of the Jasper Project’s Happy Hour concert series is also an anniversary party for The Belgian Waffle Truck. — Ethan Fogus | Curiosity Coffee Bar: 6 p.m., free; 803-357-2889, curiositycoffeebar.com

New York Disco Villains — Sometimes the truth is stranger than fiction, and sometimes it’s a rock band. The New York Disco Villains have long been one of the odd birds of the local music scene, trafficking in B-52’s-adjacent, carnivalesque tunes that woozily veer in and wildly out of familiar pop-rock frameworks. It’s a distinctly Columbia kind of trip, and one that fits the loose eclecticism of a late night at the Art Bar to a T. With Brandy and the Butcher, Harry & the Hootenannies.  — Kyle Petersen |Art Bar: 8 p.m., $6; 803-929-0198, artbarsc.com

Five Points Chili Cook-Off — The hard-charging rock band Cowboy Mouth makes for a smart headliner for a crowd that’s going to be buzzing off chili and beer. There’s a rambunctious affability to the New Orleans group that easily wins converts, and it should prove a nice capstone to a lineup that also features the limber alt-country and Pogues-esque rambles from Donald Merckle and the Blacksmiths and the jam band exercises from Tripping on Bricks, Big Thunder and the Rumblefish, and Cletus Baltimore. — Kyle Petersen | Greene St. and Pavilion Ave.: noon, free; fivepointscolumbia.com

Junior Brown — Junior Brown has never really moved beyond cult-stardom status, but it’s the rest of the music world’s loss. With a voice as deep as a canyon and some dazzling playing on his hybrid six-string/pedal-steel double-neck instrument called a guit-steel, Brown is a unique talent. He can do novelty country twang (his near-hit “My Wife Thinks You’re Dead”) alongside a surf-guitar medley that’ll singe your eyebrows, and he often does so with a stripped-down combo that features his wife Tanya Rae on rhythm guitar. — Vincent Harris | Newberry Opera House: 8 p.m., $50-$60; 803-276-5179, newberryoperahouse.com

Mystic Vibrations — Since 1992, Mystic Vibrations have brought roots rocking traditional reggae to the Carolinas and beyond. The members’ Jamaican origins mean it’s the real deal, taking Peter Tosh, Culture, and Bob Marley as inspiration. Longtime regulars in Columbia clubs dating back to the Rockafellas and Greenstreets days, they have evolved little over the years musically, sticking close to their traditional tendencies. — Kevin Oliver | The White Mule: 10 p.m.; $5; 803-708-5908, whitemulemusic.com

Starship — This band’s saga of reincarnation is ridiculously complicated, but the short version is that Starship formed in 1985 as a continuation of Jefferson Starship, which itself was a puzzling attempt at rebranding by sixties icons Jefferson Airplane. Starship’s willingness to embrace the worst excesses of mid-’80s pop after so deftly embodying the Summer of Love’s sound and philosophy outed the band as brazen opportunists. Starship exploited our trust and all we got in return was “We Built this City.” If you’re not angry, you should be. — Michael Spawn | Sumter Opera House: 7:30 p.m., $75; 803-436-2500, sumtersc.gov

Dante Lewis — If you’re going to have a musical idol to look up to, spiritual sax legend Kirk Whalum is a pretty good one to choose. Columbia saxophonist Dante Lewis has a different tone than his biggest influence, but the style, sensuality and soul with which he approaches his instrument are remarkably similar on both his own original instrumentals and versions of classics from the likes of Anita Baker and Luther Vandross. — Kevin Oliver | Chayz Lounge: 5 and 7 p.m., $20 ($25 reserved seating); 803 563 8375, chayzlounge.com

Waterparks — Waterparks mingle the electronic and autotune energy of The Ready Set and the nostalgic pop-rock approach of The Starting Line. Dopamine receptors ignite. With songs that lament the dramatic throws of young love in all of its surface-level glory, Waterparks are a good pick-me-up while waiting for the Warped Tour revival. With I Don’t Know How But They Found Me, Nick Gray, Super Whatever, De’Wayne Jackson. — Tricia Callahan | The Senate: 6:30 p.m., $20 ($17 advance); 803-252-9392, senateofcolumbia.com

Assuming We Survive — The advance single from SoCal alt-rock act Assuming We Survive’s Chapters, released earlier this month, is an all-ballast, high-energy, Technicolor Warped Tour bangarang called — ironically, fittingly, or maybe both — “Make It Out Alive.” What do you know that we don’t, Assuming We Survive? Were the Mayans off with their doomsday prediction by a half-dozen years? Is an impact event imminent? Will boiling international political tensions finally bring about nuclear holocaust? If any of these things are true, and we really are headed toward destruction, do I really have to spend my last moments on Earth listening to your overwrought, third-rate pop-metal dross? — Patrick Wall | New Brookland Tavern: 6 p.m., $10; 803-791-4413, newbrooklandtavern.com

Keb’ Mo’ — The long list of accomplishments, awards and albums by Kevin Moore, aka Keb’ Mo’, includes acting credits, festival appearances and Grammy Awards —  including one for Best Contemporary Blues Album for 2017’s TajMo, a duo release with Taj Mahal. But his artistry and mastery of the acoustic blues is still best heard and experienced at a solo show such as this one featuring just the man and his guitar distilling the blues down to their essential soul. — Kevin Oliver | Newberry Opera House: 8 p.m., $60-$169; 803-276-6264, newberryoperahouse.com