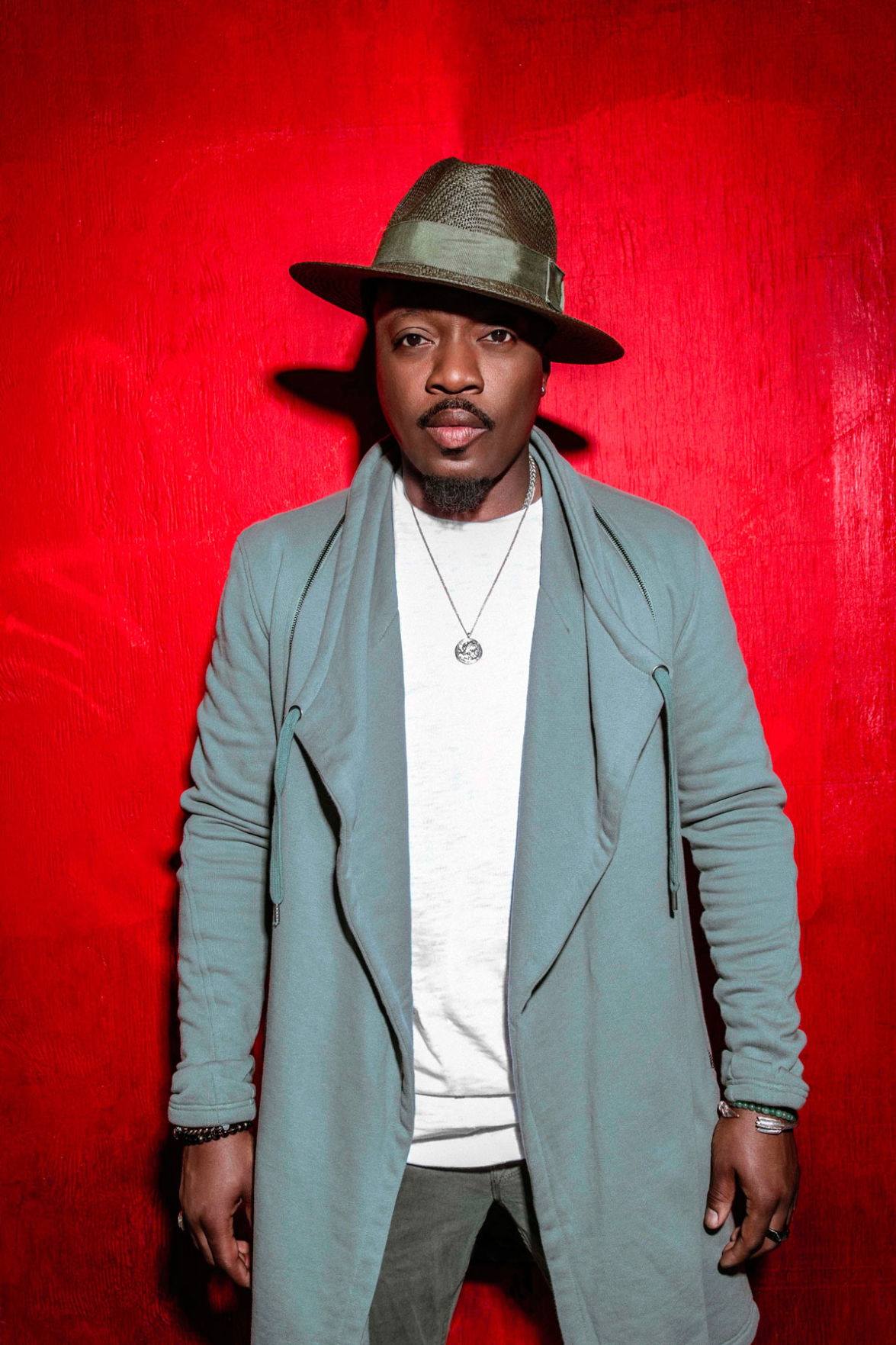 CBDB, Bull Moose Party — Tuscaloosa, Alabama’s CBDB takes influence from Umphrey’s McGee, the Allman Brothers, and the Black Crowes in equal measure, the end result being nothing short of rave-up rock ‘n’ roll, ideal for outdoor festivals and a highly buzzed audience. Locals boys the Bull Moose Party’s meaty blues-rock might be derivative, particularly of the Black Keys, but that’s hardly a problem when it’s executed with the same high doses of passion, knack for groove and musical skill. — Michael Spawn

Kelly Cheats - I realize I am one of the few music critics anywhere who thought Maroon 5’s debut Songs About Jane was a good record. Maybe that’s why the more I listen to Kelly Cheats, the more I suspect they might be one of the most interesting bands in town. The band shares Jane’s rock and pop sensibilities and sense of rhythm and hooks, and Trent Dipner exhibits Adam Levine’s pre-Autotune R&B charm. — Michael Spawn

Shelby Raye — “Guys Don’t Get It,” the debut single Chapin’s Shelby Rae celebrates here, is a mess. But it’s a mess that’s both fun and promising. The guitars alternately churn and twist, volleying between indie rock bendiness and country-rock grit with carefree abandon. Raye’s voice is thick but also nimble, resonating with a deep twang but sparked by a keen knack for pop catchiness, allowing her passionate but thinly drawn kiss-off — think early Taylor Swift, but more thoroughly countrified — to satisfy despite its shortcomings. Still just a teenager, Raye comes tantalizingly close to binding disparate pillars of today’s musical zeitgeist. Color me intrigued. — Jordan Lawrence

Obraskai, Lowercase Gods — The ‘new’ lineup of Obraskai featuring Amanda Caines on lead vocals has been around since last fall, and injecting her voice into the band’s hammerblow hard rock hasn’t softened it up one bit. The group is joined by the equally powerful lowercase gods, offbeat rockers New York Disco Villains, the heavy yet melodic The Disquiet, and a more blues-based take on hard rock archetypes by The Raz. — Kevin Oliver

Ashes of Old Ways — Ashes of Old Ways dresses their americana in some dramatic garbs. There’s the deep fiddle melody over minor chords of “California.” The harmonies of “Riding High” add layers before they kick into a dance-worthy take on the genre. “The Other Side” blends the angles from the previous two songs with a “Hotel California” feel that jumps into a pop hook and circles around a well of voices. — David Travis Bland

Food Drive! — The next time some Bible-thumping charlatan tells you that metal and punk are nothing but hex keys in the devil’s toolbox, tell them about the time that Buried Voices, Pig Head Dog, Into the Depths, and Black Power Mixtape — all loud, aggressive, and heavy as s#!t — got together at Art Bar and played a benefit show, collecting dry and canned good for the Harvest Hope Food Bank, which helps needy families struggling for even the most basic, day-to-day necessities. And if they tell you that poverty is a “state of mind,” spit on ’em and walk away. — Michael Spawn

Soiree on State — This first-time street festival in West Columbia is book-ended by some enticing Midlands music. Amos Hoffman is an Israeli-born jazz guitarist, whose warm and intricate melodies have become a staple on the local club scene, elevating his fellow players and setting him apart as one of Columbia’s most engaging band leaders. Taking the headlining slot, the Capital City Playboys rumble along with party-starting rockabilly, like Southern Culture on the Skids without all the swampy weirdness. In between, you’ll get a chance to shag dance. — Jordan Lawrence

Yosef — Hunter Duncan’s musical muse has led him from Columbia to Seattle, Nashville and back. Yosef is the band name he uses whether in an intimate solo acoustic performance or with a full electric band as this show will offer, where the sound splits the difference between the earnestness of All Get Out and the intricate melodicism of Band of Horses. Also appearing are singer-songwriter Frederick Ingram and Pet Peeves. — Kevin Oliver

Anthony Hamilton — Father’s Day gifts normally suck, but tickets to this Anthony Hamilton concert could be the redeemer for buying your dad another power tool that he’ll never use. A father himself, over the past two decades Hamilton has also fathered a consistent body of work, adding classic soul muscle to an already rich canon. However, over the past year, his three background singers — J.Vito, Tony Lelo, and Twoey — who go by The Hamiltones, have become their own show outside of the show as viral soul-singing sensations. In one video, they’re crooning in perfect harmony about a random billy goat. Their ode to Birdman’s “Put Some Respek On It” attack is classic parody. And even President Trump’s distasteful “grab them by the pussy line” was fair game for them to turn into a barbershop-blues a cappella jam. Also with R&B singer Tamar Braxton, bluesman Sir Charles Jones and comedians MC Lightfoot and D. Ellis. — Eric Tullis

The Dirty Lowdown — Local musician Josh McGill celebrates his birthday by throwing a musical benefit for the Alzheimer’s Association during the organization’s Longest Day fundraiser event. His smooth, swagger Dirty Lowdown (reunited for the night) joins literate and historically minded songwriter Chris Compton, classic rock duo The Time Pirates, and an opening acoustic set from McGill and some other friends. — Kevin Oliver

The Few — Chicago is flush with awe-inspiring improvisers, and The Few comprises three of the city’s finest. But the trio isn’t stacked with blustery hornblowers or fiery reedsmen; instead, a triptych of string players — violinist Marcie Stewart (also of the excellent Homme), bassist Charlie Kirchen and guitarist Steve Marquette — form the improvising acoustic trio. The Few works both within and diametric to Chicago improv, by turns spiky and splintery and silvery, but also tender and lyrical and dreamlike. — Patrick Wall

Make Music Columbia — The Columbia edition of the worldwide Make Music Day returns this year, encouraging musicians to post up all over town busker-style, handing out kazoos to attendees to help add to the noise — among other opportunities for participation. And there are definitely some treats mixed in amid the various spots hosting performers, mostly located downtown. The grimy thrum of fk mt. (playing by the Five Points Fountain at 8:30 p.m.) ably merges Columbia’s indie rock and crust-punk lineages. Okeke (performing at Drip on Main at 1:30 p.m. and at 5:15 p.m. on the Tapp’s Arts Center patio) is a Nigerian-born University of South Carolina med student, but he also makes sleek, hallucinatory hip-hop. Todd Mathis (taking to the Local Buzz in Rosewood at 11:30 a.m.) is an ambitious local songwriter bridging straight-ahead folk and indie hallmarks and more ethereal rock experiments. For more options, check out the listings on Make Music Columbia’s website. — Jordan Lawrence

Granger Smith — Granger Smith plays the kind of pretty-boy country that your granddad fought against in Vietnam. It’s full of rock and pop tropes with pandering rural-gone-suburb lyrics. Smith’s hit “Backroad Song” exemplifies the sound. It barely misses being wretched stuff, instead existing in a confused world where all you need is an inch of twang to be “country.” Take away the voice and you have an elevator take on pop-rock. Kristian Bush opens. — David Travis Bland