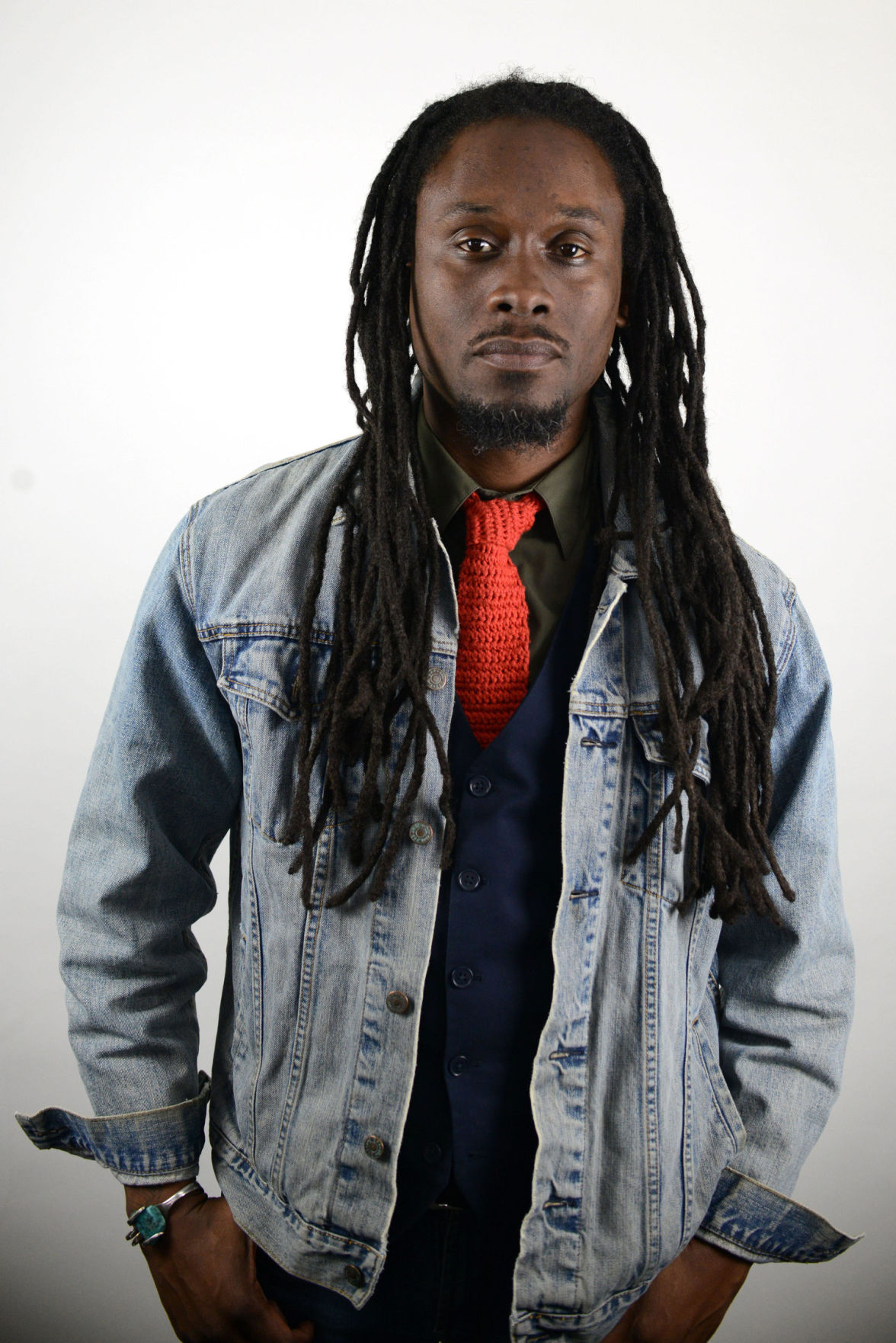 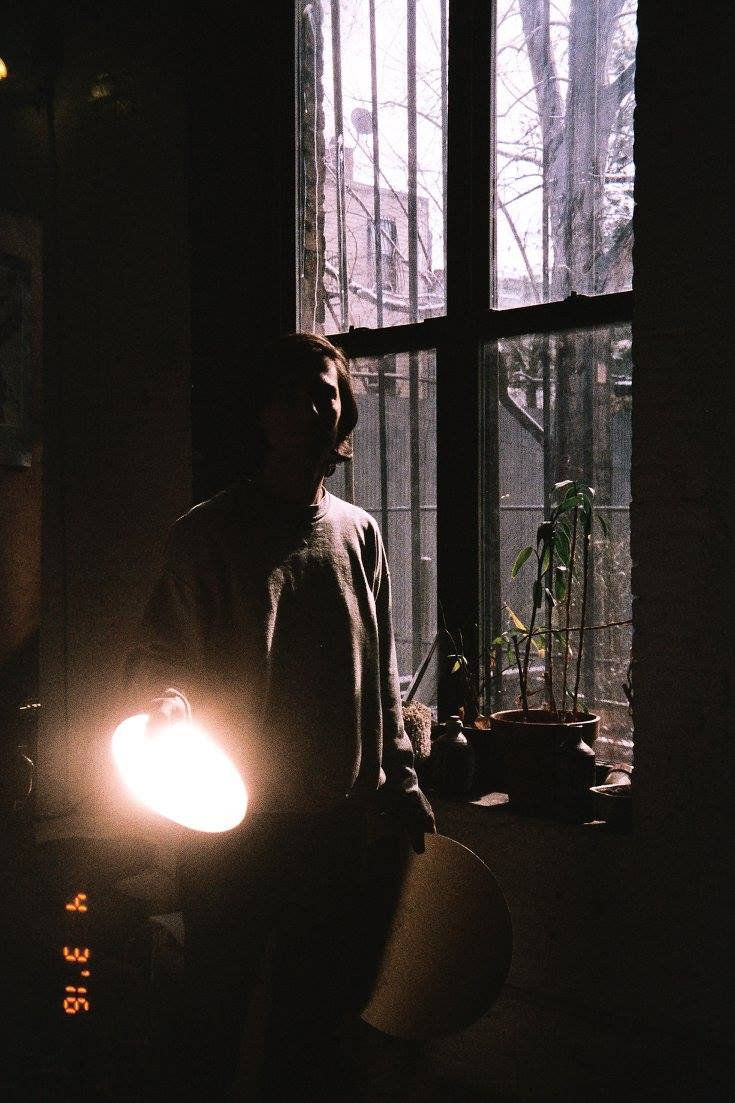 Stick to Your Guns — Southern California’s Stick to Your Guns draw from a deep well of influence in crafting their mix of hardcore’s belligerent riffs and idealism, pop-punk’s incandescent energy, and alt-rock’s gracefully bombasitc dynamics. True View — the band’s sixth album, released in 2017 — has moments of distilled hardcore furty, but counters with smooth countermelodies and big hooks in moments that suggest Autopilot Off or Bad Religion more than Agnostic Front. Counterparts, Terror, Sanction, and Year of the Knife join them on this tour. — Bryan C. Reed | New Brookland Tavern: 6 p.m., $25 (all-ages); 803-791-4413, newbrooklandtavern.com

The Travelin’ Kine — Charleston’s The Travelin’ Kine straddles the line between overt Americana and outlaw country, accenting simple, rolling snare beats with vibrant harmonica work and jug band harmonies. The outfit is at its best when it lets its Johnny Cash flag fly, hotwiring the rhythm and feel of the single “Bad Bad Man” straight from The Man In Black’s At Folsom Prison. — Cam Powell | The White Mule: 9 p.m., $7 ($5 in advance, 18-plus only); 803-708-5908, whitemulemusic.com

The Armory — If the video for the 2014 song “If I Ever” is any indication, maybe it’s a good thing that Atlanta’s The Armory went away from its own material to become a cover band. Lotta generic modern rock and naked ladies with animal body paint and proudly shirtless lead singers going on there. The players are certainly skilled musicians, though, and the cover version of Imagine Dragons’ “Believer” that serves as their party-band calling card is pretty tight. — Vincent Harris | Tin Roof; 10 p.m., free; 803-771-1558, tinroofcolumbia.com

Bashiri Asad — Indianapolis neo-soul singer Bashiri Asad and his band have a masterful ability to conjure traditional soul sounds and have some remarkable original compositions in their own right, but part of the intrinsic appeal of this two-night stand at Chayz Lounge is the “tribute to soul” billing, which indicates a deep dive into hits from the likes of Patti LaBelle, Stevie Wonder, the Isley Brothers and more. — Kyle Petersen | Chayz Lounge: 8 p.m., $20 ($25 for group seating); 803-563-8375, chayzlounge.com

George Fetner and the Strays — You would be hard-pressed to find a more consummate musical talent in town than guitarist/composer/singer-songwriter George Fetner, and his backing band the Strays is loaded down with similar heavy hitters. GFATS is an omnivorous beast, but at the core of Fetner’s tunes for the project is a dedication to filtering straight-ahead roots-rock joy (think: Tom Petty) through the adventurous, anything-goes jam band spirit of Phish or Umphrey’s McGee. — Kyle Petersen | Foxfield Bar and Grille: 8 p.m., free; 803-728-0420, facebook.com/foxfieldbar

Save Our Water Party — SweetWater Brewing Company’s’ Save Our Water parking lot party, which benefits Congaree Riverkeeper, has a lineup that showcases two very different S.C. bands. Columbia’s Grand Republic sounds like it could’ve been on IRS Records in the early-’80s, and that’s meant as a compliment to the band’s tight, melodic and jangly guitar pop. It’s the kind of stuff they used to call “college rock,” with an occasional nod to shoegaze’s sheets of guitars. Myrtle Beach’s Cicala is both more lo-fi and gentler. Singer Quinn Cicala tends toward a yearning, innocent songwriting style that’s happy to throw in bashing guitars but more often leans on more intimate acoustic textures. — Vincent Harris | Curiosity Coffee Bar: 5 p.m.; free; 803-357-2889, curiositycoffeebar.com

Terence Young Project — If Terrence Young’s name sounds familiar to you, it’s likely because you’ve driven past a billboard with the Elko native’s smiling visage on it in downtown Columbia in recent years. Young’s bag of tricks on guitar is just as big as his promotion strategy, as he masterfully occupies the smooth R&B feel of early Fourplay while possessing the chops to burst into snarling rock solos that evoke the spirit of The Purple One without warning. — Cam Powell | The White Mule: 9 p.m., $20 ($15 advance, 18-plus only); 803-708-5908, whitemulemusic.com

John Wesley Satterfield, Mac Leaphart — Both local staples for the better part of a decade, John Wesley Satterfield and Mac Leaphart traverse their own paths within the country-leaning singer-songwriter space. Satterfield’s lyricism is often literal, painting visceral scenes ripped from the life of a hopeless romantic, while Leaphart operates as a truck stop troubadour, contemplating a life spent on the road through classic Southern gothic imagery. — Cam Powell | The White Mule: 9 p.m., $10; 803-708-5908, whitemulemusic.com

Kate Vera, Kelly Hoppenjans — The diverse array of songwriting talents on this bill are headlined by Kate Vera, the new project from the precocious Chapin teen Emma Kate McClain that represents a hard pivot away from her modern country aspirations towards slinky, dark alt-pop that marries her Southern twang to a kind of diet-Charlie XCX vibe. A sneaky draw here might be Nashville’s Kelly Hoppenjans, who offers riot grrrl-tinged blast of guitars and female empowerment. With Sean Conway, Greg Dunkle. — Kyle Petersen | Art Bar: 8 p.m., $6; 803-929-0198, artbarsc.com

Afterlife, WIthdraw — Florida’s Afterlife released its full-length debut, January’s Breaking Point, with a stamp from the stalwart emo and punk label Hopeless Records. But as much as the bombastic guitars and emotive singing common to the label’s catalog is an ingredient in Afterlife’s emotive brew, it’s just part of a whole that owes more to Linkin Park’s rap-metal hybrid than anything by Thrice or All Time Low. Columbia’s Withdraw, Myrtle Beach’s Played by Kings, Charlotte’s East Viridian, and Columbia’s Angels Among Ashes support. — Bryan C. Reed | New Brookland Tavern: 6 p.m., $14 ($12 advance; all-ages); 803-791-4413, newbrooklandtavern.com

Admiral Radio — The fortuitous pairing of Becca Smith and Coty Hoover as Admiral Radio spans a couple of cities, converging careers, and mutual love of classic harmony singing. Their sound owes a debt to the Carter Family but sits firmly in the modern soundscape of Mandolin Orange and the Civil Wars. The format of the monthly Songversations series offers a great opportunity to hear both the songs and the stories behind them in an intimate, listener-friendly environment. — Kevin Oliver | Tapp’s Arts Center: 7 p.m., $7 ($35 for table of four with bottle of wine; 803-988-0013, tappsartscenter.com

Traitors, Left to Suffer — With February’s Repent, Florida deathcore crew Traitors lay waste to nine tracks of spartan brutality. Every riff is a mid-tempo crusher. Solos are rare. This is a distillation of the sort of bludgeoning spawned by acts like Dying Fetus and Devourment. Atlanta’s Left to Suffer offers what it’s dubbed a “Nu take on Deathcore,” bringing the creeping atmospherics and springy basslines of nü-metal into the genre’s token brutality. With Atlanta’s blackened deathcore outfit SIX, upstart outfit Choke Chamber and Charleston death-dealers Down Under. — Bryan C. Reed | New Brookland Tavern: 7 p.m., $15 ($12 advance; all-ages); 803-791-4413, newbrooklandtavern.com

Peaer — They say that there’s a ring of truth in every good joke. Maybe that’s true. Maybe that’s why the songs on A Healthy Earth — the third proper full-length from the Peter Katz-led Peaer — resonate as they do. Elliptical lyrics laid over angular progressions (think: Duster, Pinback, Sebadoh, early Hayden) are de rigueur for lo-fi indie rock, but in Katz’s self-effacement is a mirror that highlights how we interact with the world — and each other. Buried in the herky-jerk “Don’t” is an excoriation of regressive thinking and intolerance. “Commercial” skews the self-centricity of baby boomers. “Multiverse” muses on the choices we make and how they inform who we are. “Joke” treads in regret and accountability. “I’m just trying to cope,” Katz sighs over tick-tocking eighth notes. Aren’t we all? With Late Night TV, Flower Shopping, Wallpaper. — Patrick Wall | New Brookland Tavern: 7 p.m., $12 ($8 advance; all-ages); 803-791-4413, newbrooklandtavern.com.