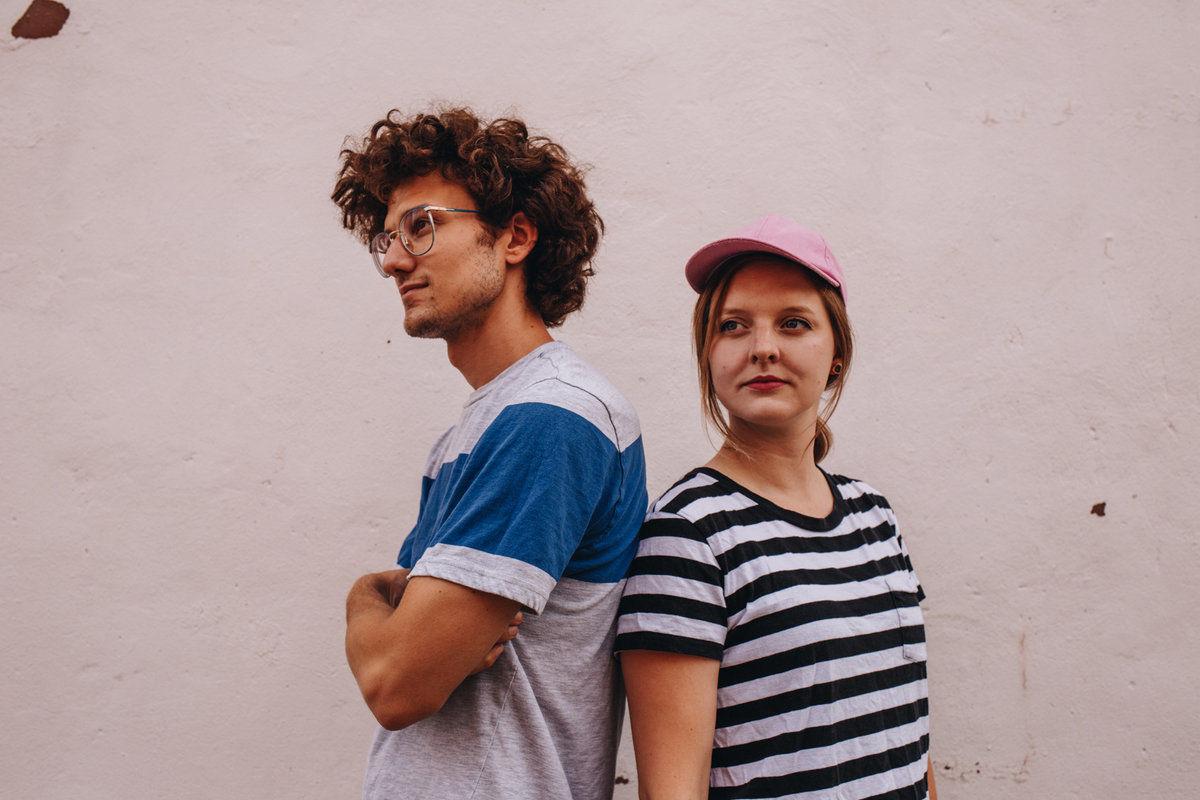 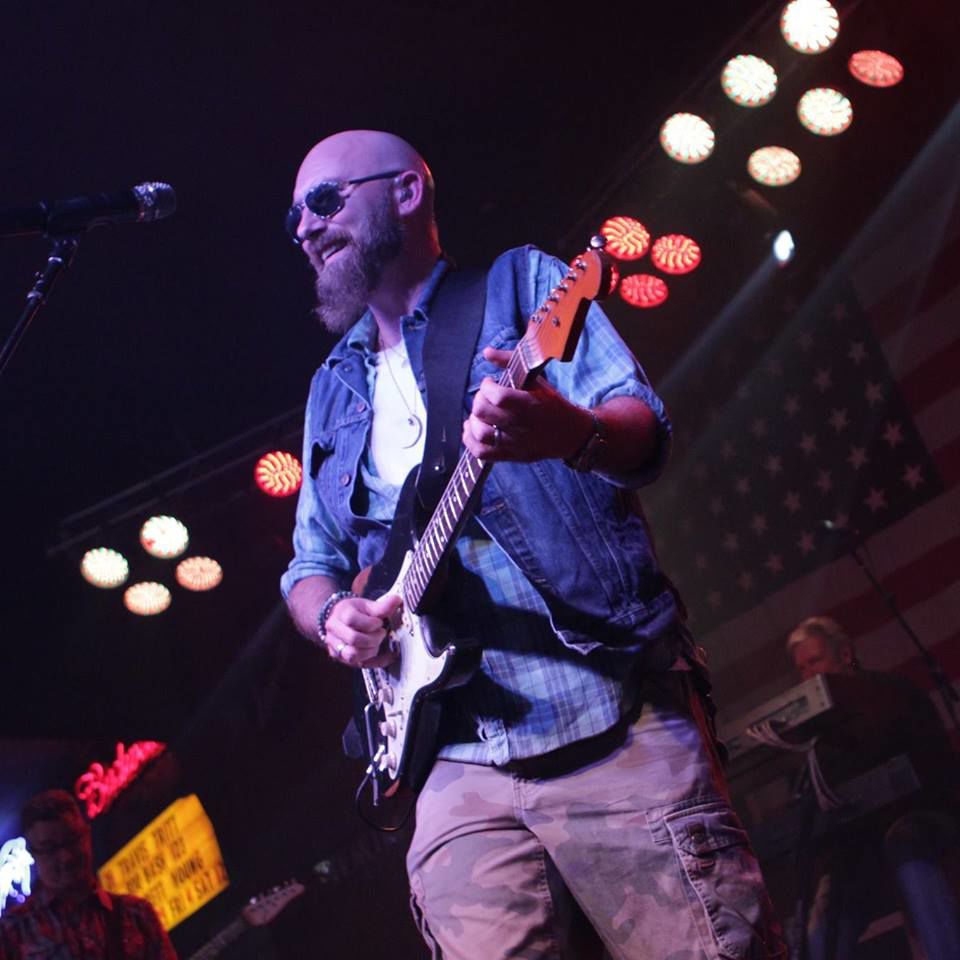 Cody Webb — Ridge Spring native Cody Webb is a proto radio-country singer right out of central casting, with everything from his overdetermined twang and aw-shucks persona to the fact that he sees nothing wrong with the couplet “Whether she’s a Gamecock or a Tiger/ She’s a make you wanna stop and stay awhiler.” Fortunately for him, his modest hit “She’s Carolina” is the kind of schmaltzy heat-seeking ballad that’s gonna win him rapturous adoration from the 97.5 WCOS crowd. With Chasing Vixen, Nick Clyburn. — Kyle Petersen | The Senate: 8 p.m., $12 ($10 advance); 803-252-9392, thesenatecolumbia.com

Monk in May — As jazz widens its boundaries by ingesting influences from across the cultural spectrum, Thelonious Monk still stands as one of the music’s most steadfast figures. Monk’s is possibly the most referenced body of work in jazz, and it’s typically treated with great reverence, with jazz musicians taking painstakingly cautious approaches to re-create the pianist’s idiosyncratic style and tone. Tonight, renowned Israeli guitarist Amos Hoffman, an innovative jazz musician in his own right, leads a quartet through Monk’s music with affectionate temerity. — Patrick Wall | 1626 on Main: 6:30 p.m., $15 ($10 advance); colajazz.com

The Sad Sacks — On a bill that’s otherwise replete with high-energy rock presence, The Sad Sacks live up to their name — in a good way. Guitarist and singer Chris Pregnall muses his way through love lost and moments forgotten over the trio’s punk-adjacent brand of roots rock, channeling the flat vocal delivery and rollicking arrangement of early Social Distortion. Fellow Columbians The Transonics anchor themselves in new wave, while Asheville’s Supervillain are a souped-up, high-octane hard rock machine. — Cam Powell | Art Bar: 9 p.m.; $ ; 803-929-0198, artbarsc.com

Stillhouse — Fifteen years is eons in band time. To keep an ensemble as free-ranging as Stillhouse together that long is a milestone worth celebrating, which the band does with this celebration. John and Kari Scollon combine with Jenn McCallister along the front line of this long-running group, presenting a feel-good vibe in their vocals and jam-friendly grooves in line with their Dead-inspired roots. — Kevin Oliver | The White Mule: 8 p.m., $5; 803-708-5908, whitemulemusic.com

Wombat Junction, River Baby Bathwater Revival — Harnessing a similarly raw boogie as Omar and the Howlers or Evan Johns and the H-Bombs at times, Wombat Junction meets classic rock and blues in the middle of a swamp and proceeds to muck it all up. River Baby Bathwater Revival’s ridiculous handle belies the fact that it throws out bluegrass proprieties and converts audiences into true believers with its own take on acoustic jam-grass and roots music. Cottontown Soul Society headlines. — Kevin Oliver | Foxfield: 8 p.m., free; 803-728-0420, facebook.com/foxfieldbar

Charlotte’s Haymaker brings thunder and massive carnage to this Art Bar bill. It’s the kind of circle pit fodder that metalheads dream about. The fun doesn’t stop there, with homegrown acts — prog-metal whizzes Skullduggery and self-called “regressive-drinking metal” act We as a Species — leading the charge. With VLVD. | Art Bar: 8 p.m., $6; 803-929-0198, artbarsc.com

But there’s also Goth Prom at Hunter-Gatherer to satisfy your bloodlust. Charleston grunge punks Anergy dishes out the kind of political fare made famous by Agent Orange and the Circle Jerks. WolfsBlood carries the dubious honorific of being Columbia’s best (and only) Misfits cover band, offering a pretty dang spirited tribute to Danzig and company. Any way you slice it, it’s a good night to dig the metal. With Ash Vapor. | Hunter-Gatherer (Main Street): 10 p.m., $7; 803-748-0540, huntergathererbrewery.com

Beginning of Summer — Summer doesn’t officially start for another 20 days — the solstice is on June 21 — but with the students gone and the mercury rising, it’s summer already in this sweltering college town. Curiosity Coffee rings in the season (and raises some dough for Girls Rock Columbia at the same time) with this two-day daytime fiesta: Deborah Adedokun, E.Z. Shakes, Ben Walker, and Jordan Igoe keep it songwriter-heavy on Saturday; Boo Hag, Glass Mansions, When Particles Collide, Keep Flying, and King of Summer up the energy on Sunday. — Patrick Wall | Curiosity Coffee Bar: 3-8 p.m. (Saturday and Sunday), $10; 803-357-2889, curiositycoffeebar.com

Paul Dozier — Paul Dozier’s career has taken him through the major label ranks, offering up a string of albums with a sound that combines flawlessly melodic guitar lines with a slightly funky take on smooth jazz, whether he’s covering hits from George Benson to Janet Jackson or playing his own compositions. 2018’s Brand New Day shows off complex arrangements to match the instrumental dexterity of the players. — Kevin Oliver | Chayz Lounge: 8 p.m., $20 ($25 group seating); 803-563-8375, chayzlounge.com

The Soda City Pop Up Vol. 5 — The White Mule’s monthly mixed genre showcase rolls strong into its fifth installment, peppering the stage with 10 diverse local and regional acts. Columbia mainstays Bull Moose Party and H3RO stand out atop the bill, with the former infusing pounding drums and blankets of fuzz into old-school Chicago blues and the latter beaming as one of the city’s brightest rap talents, doling out precise bars over any beat in his path. — Cam Powell | The White Mule: 9:30 p.m., $5 (18-plus only); 803-708-5908, whitemulemusic.com

Steam Killed Lula, The Useful Fiction — Between the band name and requisite chaos, Columbia’s Steam Killed Lula has plenty going for it. But while most two-pieces either work around whatever is absent or embrace minimalism, SKL doesn’t really do either, always leaving the impression of something left undone. I’m beginning to wonder if fellow local The Useful Fiction has a greater grasp on ’90’s non-heavy alternative rock than most, though I’m not sure they realize it. — Michael Spawn | New Brookland Tavern: 8 p.m., $6 ($10 under 21; 18-plus only); 803-791-4413, newbrooklandtavern.com

Preachervan, Foxglove — A true credit to its hometown of Atlanta, Preachervan is that rare band that always seems a step or two ahead of its audience, genre-wise, while retaining a firm sense of identity, strongly rooted in millenial-ish indie rock with a strong infatuation with ‘80s pop. With Foxglove, Fraud., King Clement. — Michael Spawn | New Brookland Tavern: 7 p.m., $8; 803-791-4413, newbrooklandtavern.com

The Bustercups, Watson Village — The humor of West Columbia comedy rap duo The Bustercups lies in the pair’s commitment to their roles as emcees. As Philabuster and MC P-Cup, Phil Carter and Patrick Fowler harness the goofball energy of The Lonely Island’s earliest work or Weird Al Yankovic’s “White and Nerdy” through their self aware, fish-out-of-water flows. Fellow local concern Watson Village eschews joking for on-the-nose emotion, with frontman Tyler Watson leading the trio through crunching, Sabbath-tinted blues catharsis. — Cam Powell | New Brookland Tavern: 7:30 p.m., $6 ($10 under 21, 18-plus only); 803-791-4413, newbrooklandtavern.com

Admiral Radio — These ears haven’t heard a duo so attuned to each other and the historical arc of their chosen genre as Becca Smith and Coty Hoover (who perform together under the moniker Admiral Radio) since first encountering The Honey Dewdrops, or more famously, The Civil Wars. Their harmonies evoke a country/folk lineage one could easily follow back to the Carter Family through polished Dolly Parton and firebrand Loretta Lynn. — Kevin Oliver | Wild Wing Cafe (Vista): 6 p.m., free; 803-252-9464, wildwingcafe.com

Matt Stell — Arkansas native Matt Stell plays country music of today, aspiring to nothing original or grand. He ticks the same subject boxes as most of his contemporaries but genuinely seems like a decent guy whose heart is in the right place. His lyrics contain little in the way of bragging or misogynistic jagoff tendencies. His fellows should take notice, and I hope they do because, though I wish him well, I predict I will forget Matt Stell. With Lauren Hall Band. — Michael Spawn | The Senate: 7 p.m., $8 ($5 advance; $25 VIP); 803-252-9392, thesenatecolumbia.com