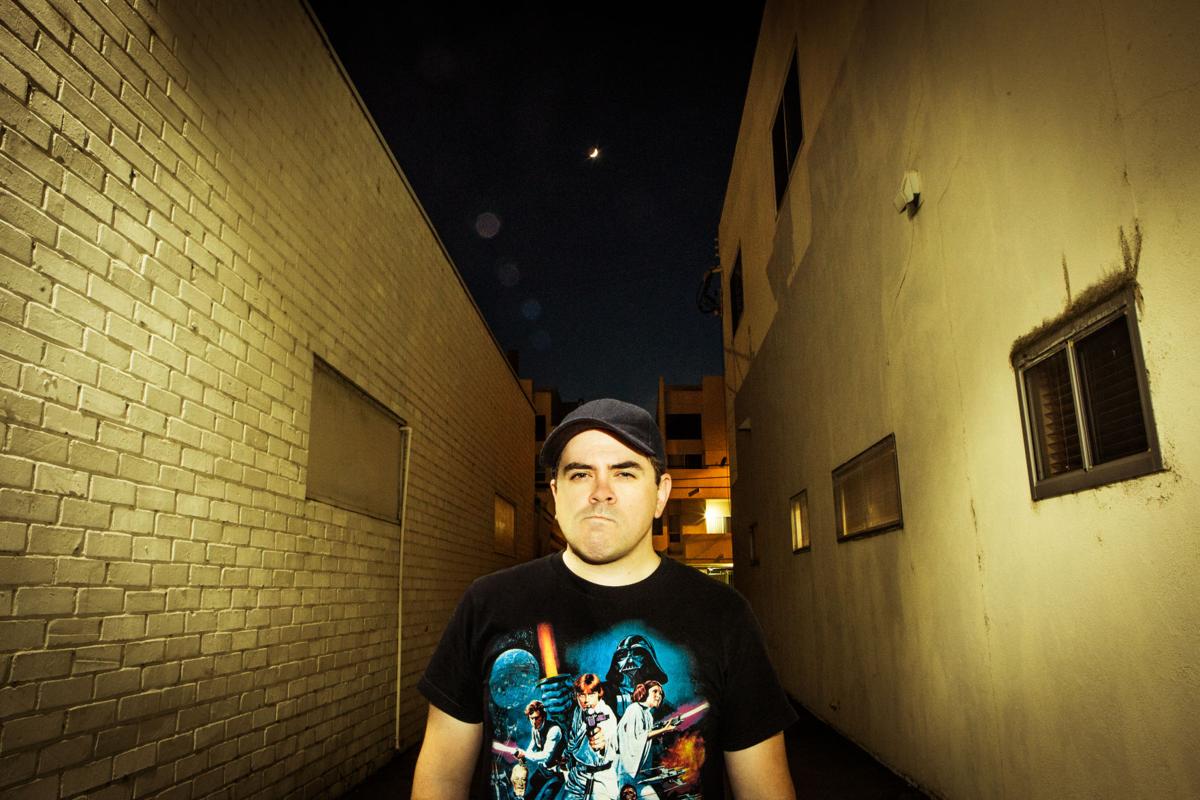 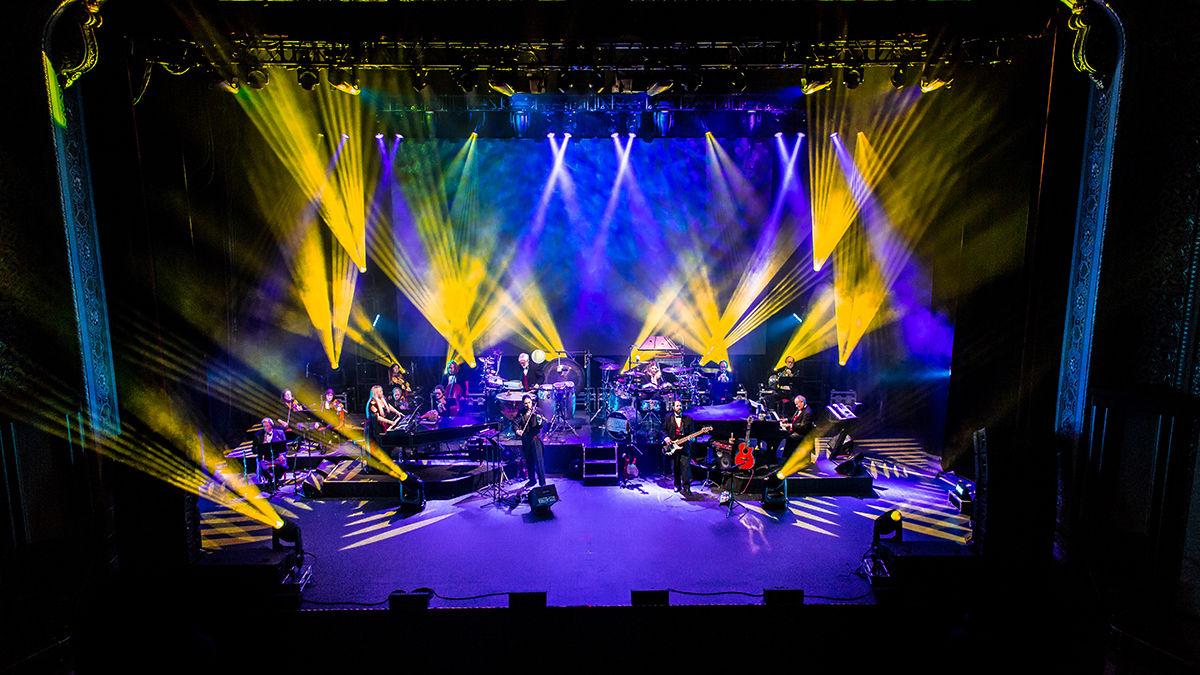 Hardy — Hardy is part of the latest wave of bro-country yokels with a touch of Yelawolf and flip-flop bro-i-tude. “He Went to Jared,” of 2019’s HIXTAPE, features an interesting examination of class — “He went to Ole Miss / I went to work / he pushes paper / I push dirt” — ultimately identifying with a working class background. It’s a catchy kegger of a song, and — make it of it what you will — it’s as easy to drink as Bud Light. — Ethan Fogus | The Senate: 8 p.m., $22, 803-252-9392, thesenatecolumbia.com

MC Chris — While there’s no denying the uber-niche quality of nerdcore rap — a dizzying fusing of traditional hip-hop, indie rock and nerd culture interests — there’s really no bigger star in that small (still very DIY) world than MC Chris. The Midwest product has spent two decades delivering his Star Wars- and Dungeons and Dragons-inspired bars with his signature high-pitched voice and furiously dexterous flow. It’s a cult thing, sure, but cults are usually inspired by something pretty charismatic, ya know? — Kyle Petersen | New Brookland Tavern: 7:30 p.m., $25 ($20 in advance); 803-791-4413, newbrooklandtavern.com

Learning from greats, teaching others, Kenny Barron is a guardian of jazz

Las Nubes, Melon In — Las Nubes is an emerging indie rock trio based in Miami. The band is known for catchy garage-pop, shredding through heavy bass and drums from song to song. Melon In is a Columbia-based band whose music takes you back to the late-’90s grunge era, with slow, dreamy melodies backed by heavier acoustics. With National Television. — Hallie Hayes | Curiosity Coffee Bar: 7 p.m., 803-357-2889, curiositycoffeebar.com

Mannheim Steamroller — Hailing from Sylvania, Ohio, composer Chip Davis of Mannheim Steamroller is one of the pioneers of neo-classical electronic music. And the holiday season is the time of year when the group cashes in on what it’s most famous for — electronic rehashes of familiar Christmas melodies. The takes are bankably inoffensive, with big synthesizer lines and oscillating pads. If you like Styx or ABBA, but hate lyrics, you’ll love this. — Ethan Fogus | Koger Center:7:30 p.m., $50-$80; 803-251-2222, kogercenterforthearts.com

Edwin McCain — Edwin McCain has never really stopped churning out music, making him a little different from the other South Carolina musicians who came to national attention in the ’90s. Even after epic, lung-busting ballads like “I’ll Be” and “I Could Not Ask For More” came and went, McCain kept plugging away while other acts like Hootie & the Blowfish, and Jump, Little Children broke up or took lengthy hiatuses. McCain’s earnest mainstream rock and folk songs might not be everyone’s cup of tea, but you have to give the guy some credit for sticking it out all these years. — Vincent Harris | Newberry Opera House: 8 p.m. (Friday and Saturday); $65-$75; 803-276-6264, newberryoperahouse.com

Meli’sa Morgan — From the Chaka Khan school of soul divas, with the range to crush a monster ballad and groove on the dance floor, comes Meli’sa Morgan. No history of ’80s R&B would be complete without her hit version of Prince’s “Do Me Baby,” a quintessential slow jam that topped the Billboard R&B chart for three weeks in 1985. Recent recordings have seen her collaborate with Freddie Jackson, J.T. Taylor and others. — Kevin Oliver | Chayz Lounge: 8 p.m., $45 ($55 reserved seating); 803-563-8375, chayzlounge.com

The Bryan Anderson Project — Every bassist, the great Ron Carter once remarked, wants to be a bandleader, to stop taking orders and bring the bass from the rhythm section to the forefront of the bandstand. Charlotte’s Bryan Anderson’s made that leap. His eponymous project treads in funk-adjacent smooth jazz in which the groove is more important than the soloist. — Patrick Wall | Chayz Lounge: 8 p.m., $20 ($25 preferred seating); 803-563-8375, chayzlounge.com.

Black Iron Gathering, Ashes of Old Ways — Two of South Carolina’s most dependable roots-rock acts team up for this gig. Black Iron Gathering’s punk-inspired Celtic stomp-rock is sturdy and dependable, aching for both soaring prettiness and with enough attitude to suggest they could kick Mumford’s ass. Ashes of Old Ways rambles with a more laidback pop-rock spirit, with tasty licks and easy hooks that keep a particular kind of Southern party rolling on endlessly into the night. — Kyle Petersen | The White Mule: 8 p.m., $7; 803-661-8199, whitemulemusic.com

Dead Swells, Whitehall — Dead Swells is a locally based pop-rock band whose music consists of soft, alternative undertones. Crossing genres from alternative-rock to electronic, to hints of jazz in some tracks, the group’s shows make for a psychedelic experience. Charleston’s Whitehall follows a similar practice, with unique music that wiggles through rock, pop, folk, jazz and funk. Constantly experimenting with a new sound, the band makes for a fun, energy-packed show. With Shiloh Hill. — Hallie Hayes | New Brookland Tavern: 8 p.m., $8 ($12 under 21); 803-791-4413, newbrooklandtavern.com

Homesafe — A full slate of Rust Belt and Midwest pop-punk, this tour is headlined by Chicago’s Homesafe and supported by New Jersey’s Keep Flying, Upstate New York’s Young Culture and Iowa’s Kayak Jones. Though each brings its own approach to the genre, they share a knack for bittersweet melodies and earnest hooks that buoy paeans to life’s frustrations. For Homesafe, this manifests in an urgent, dynamic mix of atmospheric relief and punchy, power-chord riffs that drive anthemic choruses. With Stress Fractures, Aim High. — Bryan C. Reed | New Brookland Tavern: 7 p.m., $13-15; 803-791-4413, newbrooklandtavern.com