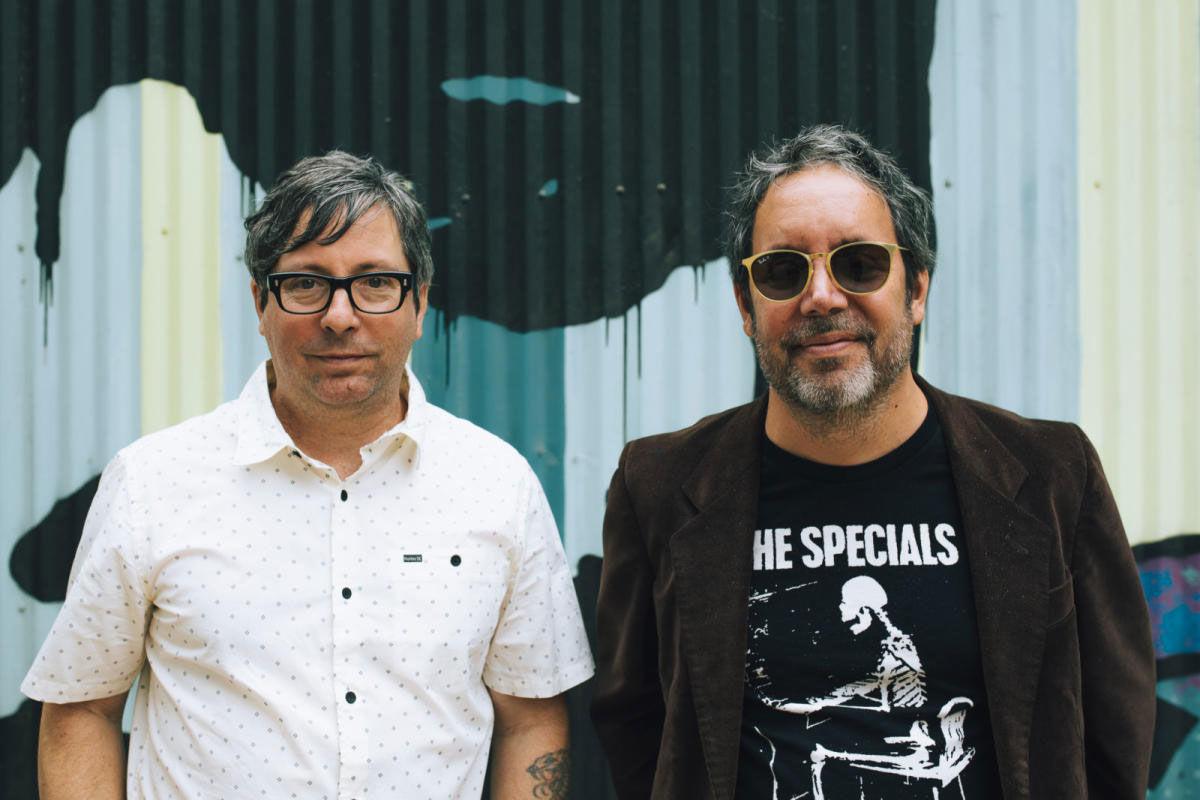 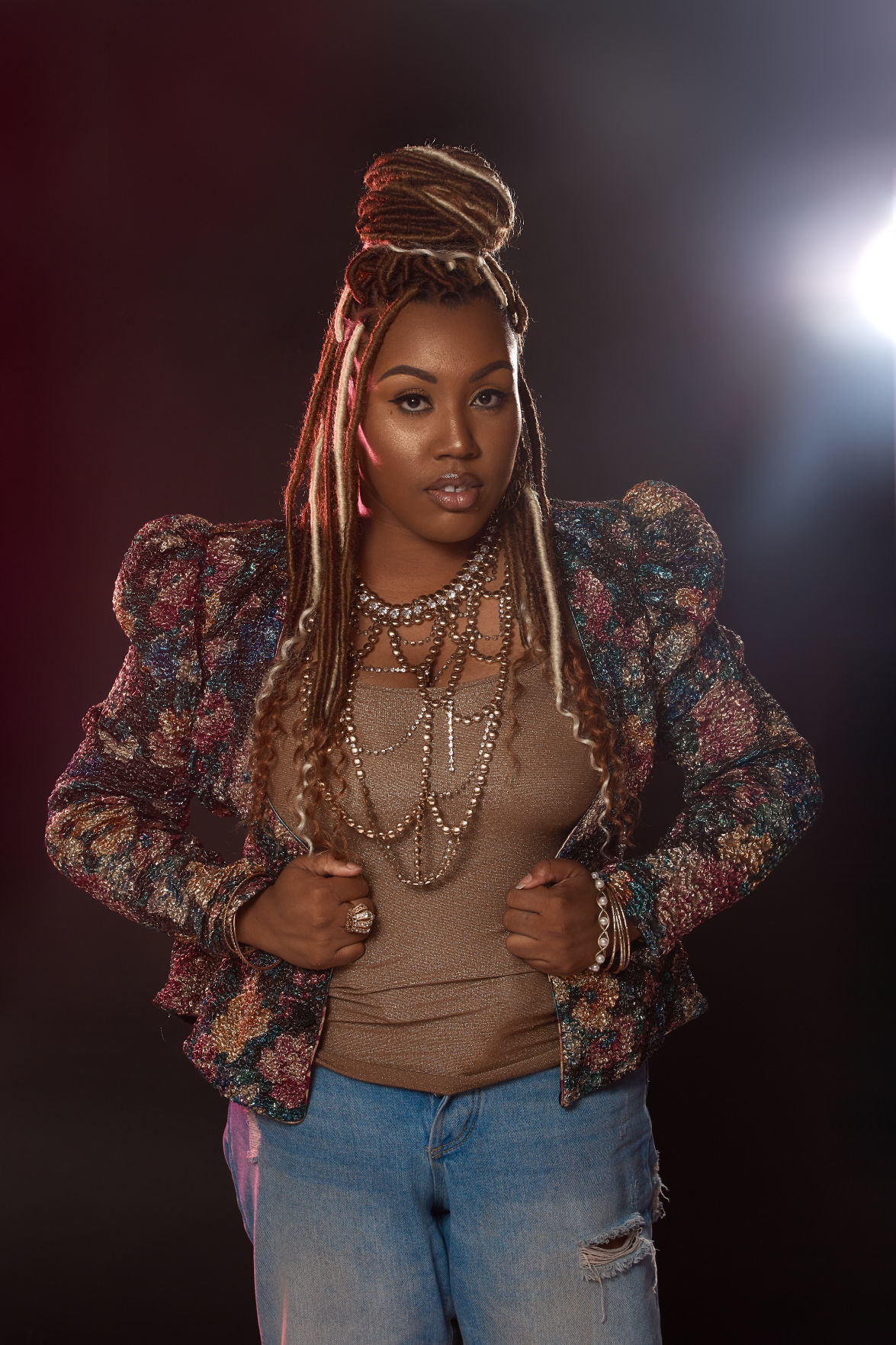 Side Hustle — A guitar/bass/keys/drums quartet with a penchant for jamming, Jacksonville’s Side Hustle conjure the spirit of Vermont noodle gods Phish through both its high level of musicianship and often nonsensical lyrics. While the Florida foursome is clearly at home strutting a funky backbeat, it’s at its most interesting when dropping the envelope filter in favor of the delicate arrangement skills exhibited on “Fly Back Home” (off its EP, Common Ground). — Cam Powell | The Aristocrat: 8 p.m., free; 803-708-8004, thearistocrat803.com

Balsam Range — Contemporary bluegrass bands walk a fine line between honoring tradition and forging their own original path, and few do it better than North Carolina’s Balsam Range, combining a newgrass sensibility with a command of the genre’s archetypes. 2019’s Aeonic showcased the two-time IBMA Entertainer of the Year winners’ range well, from the uptempo Beatles cover “If I Needed Someone” to the tearjerker country take on Paul Thorn’s “Angel Too Soon.” — Kevin Oliver | Newberry Opera House: 8 p.m., 803-276-6264; $45-$55, newberryoperahouse.com.

Reggie Graves & Jazz Theory — Reggie Graves has an extensive background in gospel music, with a resume that includes stints with Donald Lawrence, Richard Smallwood, The Clark Sisters, and Shirley Caesar, and his jazz credentials include Jeff Kawshua of the Rippingtons, and Paul Taylor. His current band plays with a definite gospel and R&B feel, taking smooth jazz and adding a little bit of soul to familiar classics. — Kevin Oliver | Chayz Lounge: 8 p.m., $20 ($25 reserved seating); 803-563-8375, chayzlounge.com

Deepfield — When Deepfield saw radio play in the mid-to-late-’00s, the Charleston-native band had cultivated a post-grunge hard rock sound that fit easily alongside contemporaries Shinedown, Chevelle and the like. As the popularity of that genre faded, Deepfield revamped into an acoustic act with the release of 2019’s The Acoustic Sessions. The resulting sound stays true to the verging-on-emo lyricism of its original material while trading crunching electric guitars for shimmering strummed acoustics. — Cam Powell | The White Mule: 7 p.m., $10 ($8 in advance); 803-708-5908, whitemulemusic.com

David Nail — The transformation that singer-songwriter David Nail made between his 2016 album Fighter and his 2019 EP Oh Mother is startling. Four years ago, he was a pop-country guy with a good voice but lightweight songs that ran the gamut from, “Let’s party!” to, “Let’s party and then do it!” But on 2018’s Only This and Nothing More and especially the aforementioned Oh Mother, he blossoms into an understated, incredibly effective performer who blends electronics with achingly intimate folk-style songwriting. It’s like if Luke Bryan suddenly turned into Coldplay or Needtobreathe. I’m not sure what the hell happened, but I hope he keeps it up. — Vincent Harris | Skyline Club: 8 p.m., $20-$50; 803-995-5220, skylineclubsc.com

TiffanyJ — It’s tough to find the right space for R&B these days, particularly as more traditional or neo-soul styles take a backseat to hip-hop on the charts. TiffanyJ knows the hustle, though, and pairs her consummate vocal skills with a self-empowerment message and a bevy of other pursuits to forge a distinct identity that’s a perfect match for dreamy, gospel-tinged soul jams. — Kyle Petersen | The Gold Den: 8 p.m., $20; 803-569-6173, thegoldden.com

Jack Wright-Rob Stabinsky Duo — Rob Stabinksy and Jack Wright are free musicians with impressive pedigrees: Stabinsky, a pianist and synth manipulator, has toured with irreverent jazz outfit Mostly Other People Do the Killing and heatstroked alt-rock band the Meat Puppets; Wright, a saxophonist, has been teasing at the far reaches of improvised jazz since the ’70s. As a duo, the musicians freely go where their whims take them. Could be blow-your-brains-out free jazz. Could be hushed, chamber-like improv. Therein lies the adventure. — Patrick Wall | if ART Gallery: 8:30 p.m., $10; 803-238-2351, ifartgallery.blogspot.com.

Terence Young and the Finesse Band — Guitarist Terence Young is a familiar presence on the Columbia music and cultural scene as a jazz guitarist and R&B bandleader. This club show features his most versatile combo, the Finesse Band, which has been one of the premiere dance and party bands in the Midlands for more than 15 years. If it’s a party song, and you can dance to it, chances are pretty good this band can play it. — Kevin Oliver | The Main Course: 8 p.m.; $10; 803-726-2230; maincoursesc.com

Ward Davis — Arkansas tunesmith Ward Davis is one of those traditional-minded country artists (Chris Stapleton and Brent Cobb come to mind) who has attempted to find a space between the machinations of Music City and his own troubadour trajectory. Davis has penned songs for the likes of Willie Nelson, Merle Haggard, Trace Adkins, Bucky Covington and others, but he’s got one of those rich baritones and a timeless sense of country lyricism that makes him a formidable artist in his own right. — Kyle Petersen | New Brookland Tavern: 7 p.m., $25; 803-791-4413, newbrooklandtavern.com

Fastball — More than two decades on from the release of their breakthrough album, All the Pain Money Can Buy, Fastball’s Tony Scalzo and Miles Zuniga have stripped their seminal ’90s power-pop down to an acoustic duo for their current tour. While the driving keys of that LP will be missed, the sing-along ability of hits “The Way” and “Out of My Head” will undoubtedly remain. Columbia’s Pet Peeves and fk mt. kick off the night with their respective brands of emotive pop-punk and proto-grunge fury. — Cam Powell | New Brookland Tavern: 7 p.m., $25 ($20 in advance); 803-791-4413, newbrooklandtavern.com

Travis Tritt — Look, you can knock his forced, blustery “tough guy” voice and his key role in reuniting the Eagles in the ’90s, but when it comes to Travis Tritt, I’m never gonna come all the way down on the man who wrote “Here’s a Quarter (Call Someone Who Cares),” one of the great kiss-offs in music history. And he was always a good showman, so a live show where he bangs out the hits might be the ideal level of Tritt you need in your life. — Vincent Harris | Newberry Opera House: 8 p.m. (Tuesday and Wednesday); $105-$120; 803-276-6264, newberryoperahouse.com