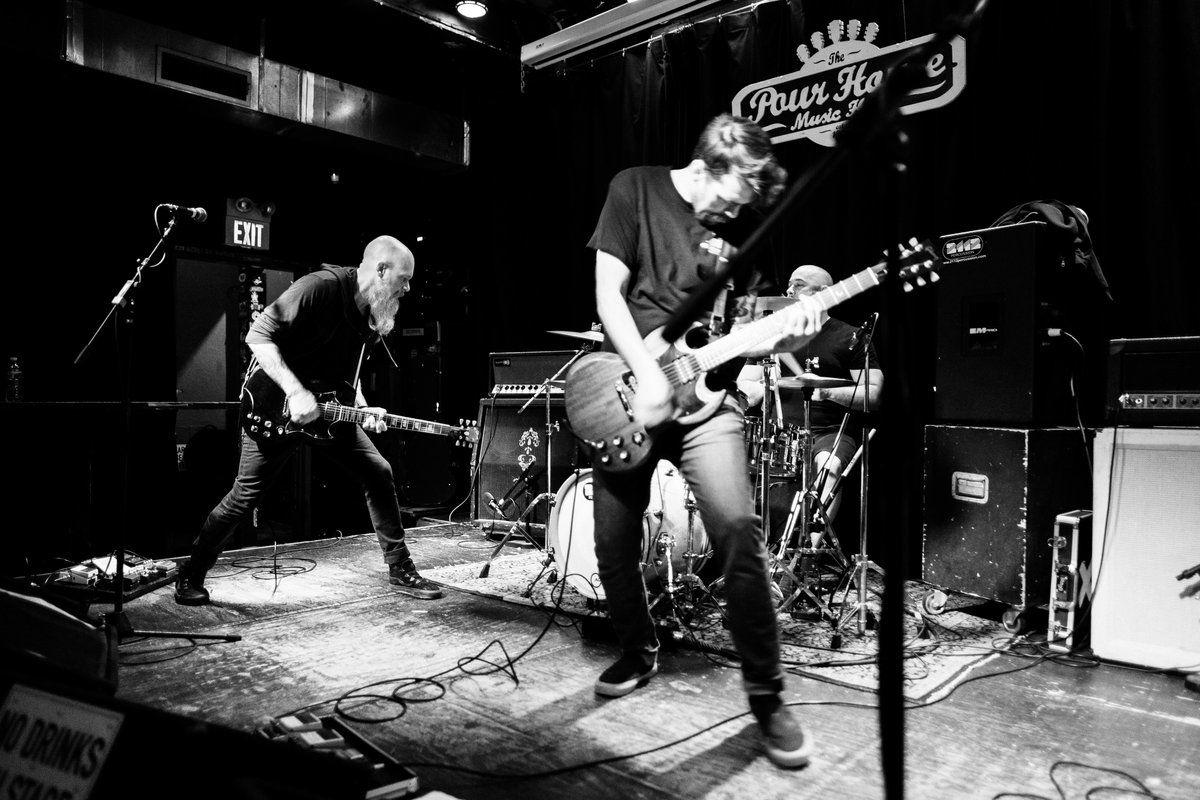 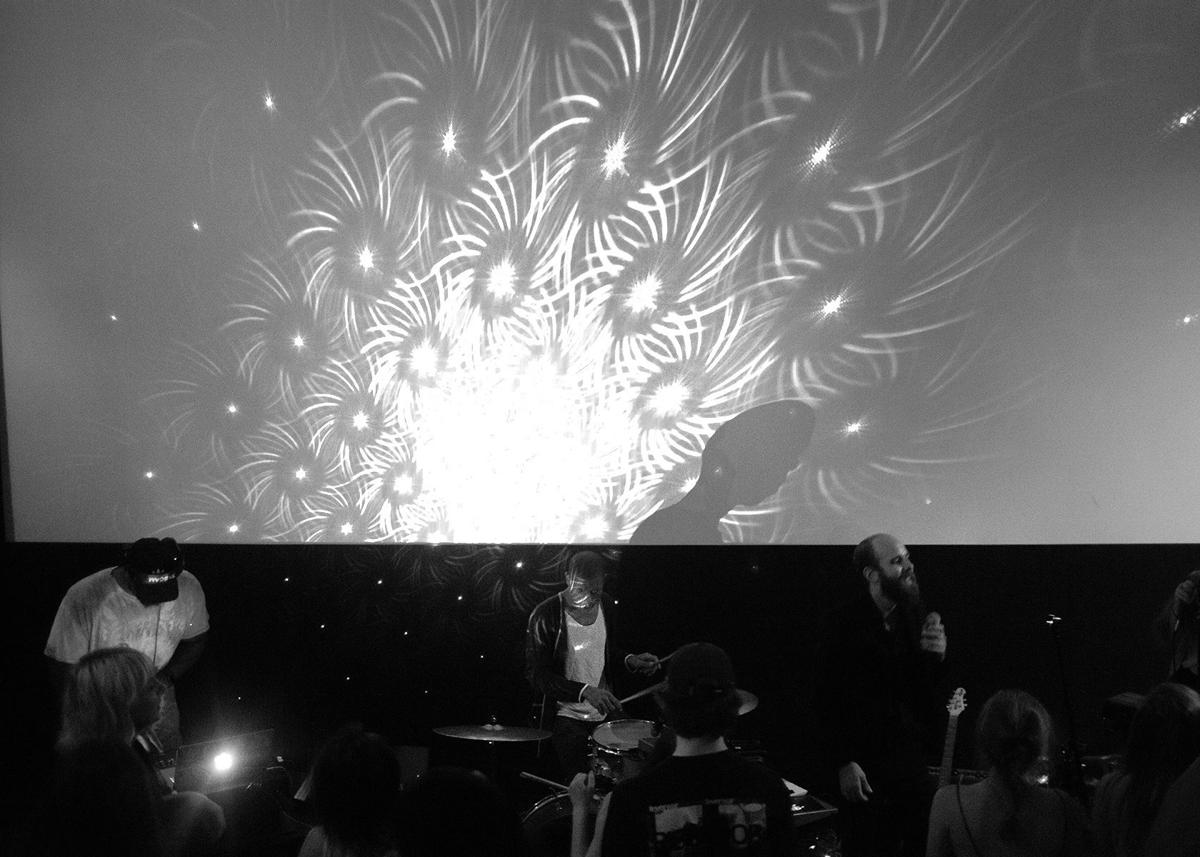 Gin Blossoms — It’s weird to think that the Gin Blossoms actually only released two full-length albums in the ’90s, given how omnipresent they seemed to be on the radio. Tight, tuneful, guitar-driven, down-the-middle rock songs were kind of hard to come by in the grunge-happy mid-‘90s, though, so songs like “Hey Jealousy,” “Found Out About You,” “Follow You Down” came along at the perfect time. And they’ve been able to sustain an 18-year reunion based largely on those hits. — Vincent Harris | The Senate: 8 p.m., $29 ($25 advance); 803-252-9392, thesenatecolumbia.com

Mix it Up: Fair Nixes Grandstand Concerts, Adds Circus, Among Other Entertainment Shakeups

The Travelin’ Kine — Charleston’s The Travelin’ Kine provide a reliable blend of Merle swagger and big Bakersfield instrumentation — their songs are orchestrated with push-and-pull dynamic changes between harmonica, guitar, and singer Slaton Glover’s keen observations about heartbreak and moving on. They’re unmistakably a country band with enough twang and hot licks to last all the way up I-26 to Five Points. — Ethan Fogus | The White Mule: 7 p.m., $7; 803-708-5908, whitemulemusic.com

Aaron Graves Mural Benefit Show — The grief may fade, but the memories will endure. Such was this music scene’s relationship with Aaron Graves, the constantly inspiring leader of Columbia folk-pop act Those Lavender Whales, who sang, “Mostly I just want to watch my friends grow,” and backed it up with his unfailing support for those in that community. At this show, Flower Shopping and Valley Maker — two indie rock acts who excel with soothing, laconic grooves — will be joined by the more recently formed Melon In to raise money for a mural honoring Graves, who died following a battle with a brain tumor earlier this year. — Jordan Lawrence | Hunter-Gatherer (Hangar): 7-11 p.m., $10; 803-764-1237, huntergathererbrewery.com

The Mantras — Back in 2013, the Greensboro jam-rockers known as The Mantras released an album called Jam Bands Ruined My Life. Which is both funny and somewhat misleading. Yes, The Mantras can stretch out and jam like nobody’s business, but they’re usually far more concerned with constructing melodic songs than soloing ‘til dawn. On their most recent album, Be the Light, the musically malleable quintet moves from melodic guitar rock to rich, mandolin-spiked Appalachian folk ballads to some sort of electrified bluegrass (on a song called “Hobo Ken”), and while there are a couple of eight-minute-plus tunes on the album, it’s generally pretty concise. With Tomatoband, Deltaphonic. — Vincent Harris | New Brookland Tavern: 8 p.m., $12 (18-plus only); 803-791-4413, newbrooklandtavern.com

Don Merckle and the Blacksmiths, Chris Compton — Don Merckle and his backing band the Blacksmiths are always a good get for an outdoor stage like at Rhythm on the River, given the singer-songwriter’s penchant for well-delivered Americana narratives along with good-time romps, while the rest of the group loosens those songs up for near-jammy affability. Similarly, opener Chris Compton, also a familiar face in Columbia music, offers his angular songwriting chops and impressive catalog, which also shines in open-air environs along riversides. — Kyle Petersen | West Columbia Riverwalk Amphitheater: 6 p.m., free; 803-794-6504, cwcchamber.com

The Raz, Carolina Chupacabra — At first glance, this might seem an odd bill, with the classic-leaning rock of The Raz following swamp-metal dudes Carolina Chupacabra. But it works because of the root inspiration they share, that of solid, no-frills rock ‘n’ roll. The Raz remembers when blues-rock was hard-driving and heavy, from Humble Pie to Ted Nugent, and Carolina Chupacabra grabs that same foundation and takes it to a heavier, darker place. With Space Force, Ruba Say and the Cosmic Rays. — Kevin Oliver | Art Bar: 8 p.m., $6; 803-929-0198, artbarsc.com

2 Slices — The idea that dance music — here meaning music specifically built to get your butt bouncing — is devoid of deep emotion is fatuous. Gloria Gaynor’s anthemic “I Will Survive,” Marvin Gaye’s self-emancipating “Got to Give It Up,” The Weeknd’s drug-addled “Can’t Feel My Face” — just because a song slaps doesn’t mean it doesn’t make you feel. And so it is with 2 Slices, the bedroom R&B outfit comprising Charlestonians Danny Martin and Brandon Fudge. Guided by Martin’s stirring hooks and Fudge’s syrupy beats, 2 Slices’ savvy bangers offer emotional catharsis and endless boogie. With The Long Con, Grace Joyner, John Saturley. — Patrick Wall | New Brookland Tavern: 8 p.m., $10 ($13 under 21); 803-791-4413, newbrooklandtavern.com

Dee Lucas & Paula Atherton  — Make all of the Kenny G jokes that you want, but there’s no denying the consummate skill saxophonists Dee Lucas and Paula Atherton bring to their soothing and wooing smooth jazz jams. Each player brings a healthy catalog and just the right bit of soul and bouncy R&B to the proceedings, but ultimately this a night for those who can’t get enough easygoing soprano saxophones strutting softly across midtempo beats. — Kyle Petersen | Chayz Lounge: 7 p.m., $25 ($30 for preferred seating); 803-563-8375, chayzlounge.com

Ali Kafka & Sarah Gwendoly — This Asheville duo play old-time folk songs with searing fiddle pulls and a commanding good-time voice. Their music is a good reminder to all the boomers who shake their heads at kids these days knowing nothing about songwriting. They’re joined by local honey-voiced hero Chris Compton, who writes earnest reflections on love, loss and the self. — Ethan Fogus | Curiosity Coffee Bar: 6 p.m., free; 803-357-2889, curiositycoffeebar.com

Slaughter to Prevail — Slaughter to Prevail is a Russian deathcore band — its music is thick with double-bass kick and the lead singer’s doomsday vocalizations. It’s joined by Body Snatcher, which fills the sonic space with manic drumming and destabilized melody. Orthodox leans more toward death metal, with two interchanging vocalists and more analog guitars. Prison rounds out the bill with its brand of jarring new nü-metal. — Ethan Fogus | New Brookland Tavern: 6 p.m., $15; 803-791-4413, newbrooklandtavern.com

The alt-rock duo ’68 splits the difference between the approaches taken by kissing-cousin duo acts: The White Stripes and Lightning Bolt. From the former comes a focus on aesthetics (see: the unifom-like matching suits) and barebones riffs; from the latter, heavy effects use (especially Velcro-like suboctave fuzzes) and amplifier-melting feedback. There’s nothing that comes off as that subversive or groundbreaking — Death From Above 1979 did a similar thing, and did it better — but the duo’s ground-and-pound is viscerally satisfying. With The Inspector Cluzo, The Messenger Birds, Florida Man. | New Brookland Tavern: 7 p.m., $15 ($12 advance); 803-791-4413, newbrooklandtavern.com

Depending on how you look at it, Coletta either takes a kitchen-sink approach or suffers from ADD; the Atlanta quartet pulls from smirking indie rock, irony-addled emo, dance-oriented pop-rock and guttural hardcore to build its populist post-hardcore. There’s nothing radical or subversive here, either — Dance Gavin Dance does essentially the same thing, and does it better (though that ain’t exactly a high bar to clear). The well Coletta draws from may be wide, but it’s pretty shallow, and the results are slapdash. With Aim High, No Rope, SURB. Hunter-Gatherer (Main Street): 9 p.m., $6 ($10 under 21); 803-764-1237, huntergathererbrewery.com