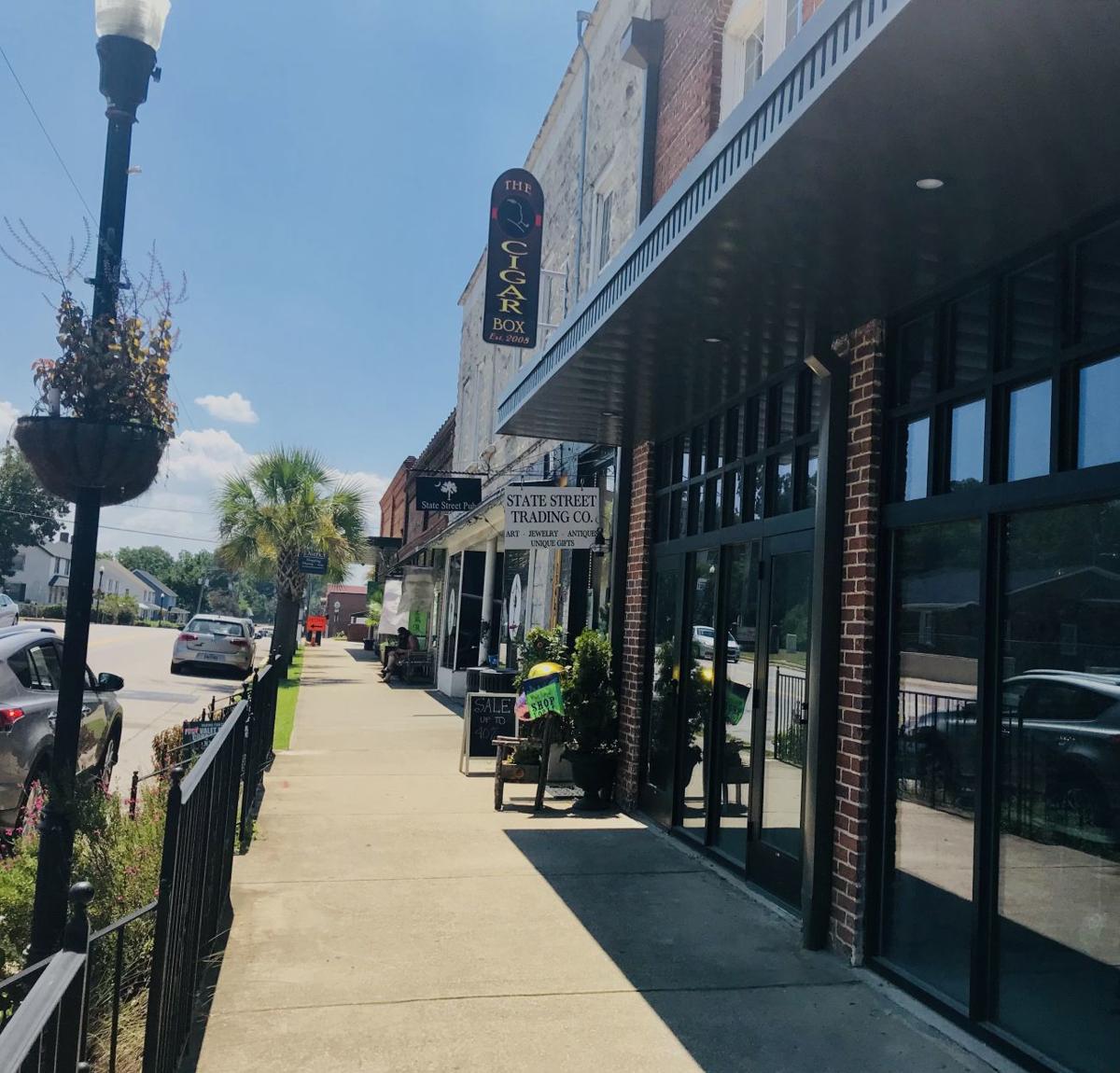 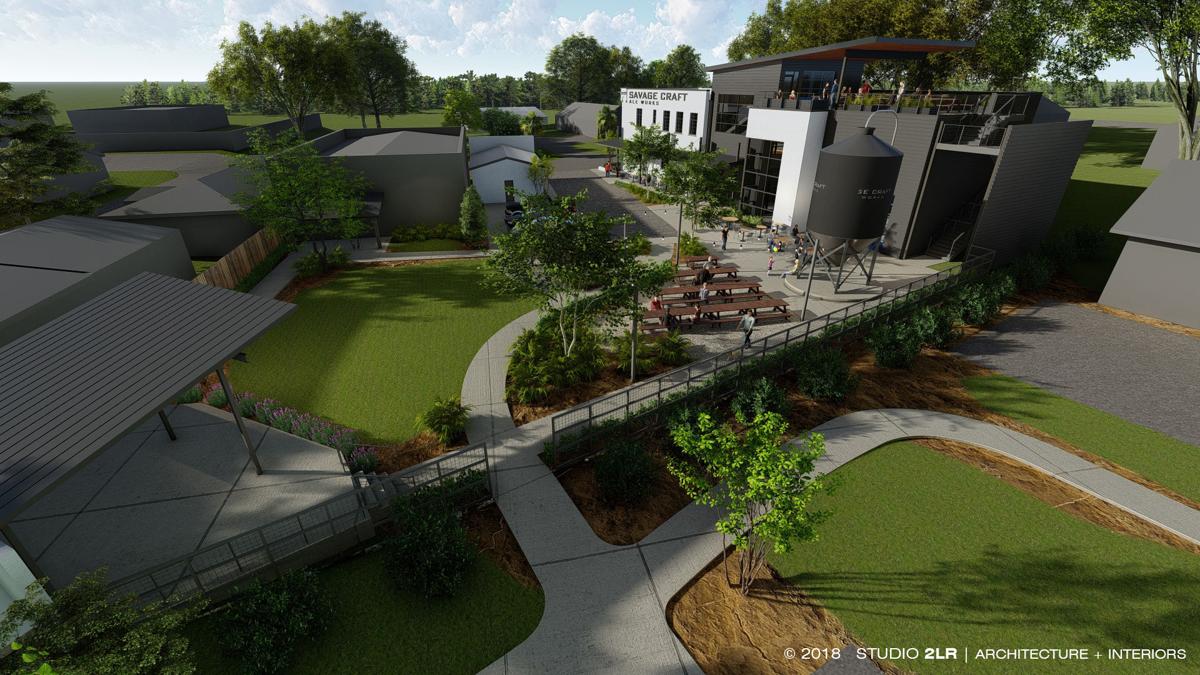 D’s Wings had been in its home for 25 years. But when, on May 19, owner Billy Rentz was given notice that his lease wouldn’t be renewed, it only took a day for him to find his new location.

A call with a banker friend resulted in a quick call from West Columbia developer and former Secretary of Commerce Joe Taylor. Rentz then toured a building behind the State Street Pub, and shortly after, when Mayor Tem Miles brought Rentz back to the location and pitched him his vision for the area. he was sold.

“It became clear to me that this area is really going to be hot,” Rentz said. “It’s going to be Vista West.”

That’s the idea, anyway, once the almost ready Savage Craft Ale Works opens its doors and D’s Wings reopens in its new location. The two will join a mixture of longtime area favorites like rock club New Brookland Tavern, fine dining restaurants Terra and Black Rooster, and other new spots like the scrappy eatery Palate.

Once completed, it will create a unique hub of local, independently owned businesses, positioning it as West Columbia’s version of Cottontown or Five Points, bustling areas on the other side of the river.

Miles hopes the area becomes a one stop entertainment hub where customers spend their entire night: See a show at New Brookland, swing by Terra or another spot for a meal, and maybe grab a few craft beers at Savage

Each eatery fills a specific niche, Terra the acclaimed upscale restaurant, Palate straddling accessibility with cheffy bites, D’s Wings filling the void left behind by Bogart’s move further away from the city center, and so forth.

Miles also sees exciting connections with the new businesses that have cropped up not far from State Street. He specifically mentioned outdoor craft beer gathering spot WECO Bottle and Biergarten, prepared meal mecca Primal Gourmet, and the jazz club Chayze Lounge, a 2019 transplant from the Vista, each of which sit within about a half from West Columbia’s State Street corridor.

The mayor posited the business growth is part of an intentional strategy on behalf of the city’s lawmakers and others. He noted the city’s move in 2017 to purchase the former city hall that is now housing Savage, and nearby properties to create parking spaces for the area’s businesses. Additionally, he pointed to Taylor’s move to build out 34 high-end single family homes nearby, too.

“That will end up continuing to push the resurgence … along Senate and Meeting Street,” Miles said.

The pandemic did little to slow down the area’s momentum, the mayor asserted. The city didn’t do any type of program to help out struggling businesses — which he attributed to running a tight budget as a result of being business friendly — but all of the forthcoming projects stayed in the area.

It has been difficult for the existing businesses in that corridor, though. The Cigar Box closed in April and New Brookland Tavern owner Mike Lyons told Free Times in December that he has depleted his savings to keep the club afloat.

“Everything’s been two steps forward, one step back,” Lyons said last month. “In order to get people to come out, you have to sell things so cheaply that you’re barely making profit.”

Just doors down from the bar is Palate, which opened in February and has experienced a tumultuous first year. Chef-owner Levi Whitlock admitted to Free Times in August that the going was so tough that he was trying a last-ditch effort at a new, lost-cost menu to save the young business.

That move towards “quality comfort food” has steadied the ship, he said, and Whitlock expected business to continue to rebound as COVID-19 vaccinations spread.

He agrees that the emerging businesses district could be a further boon for his young business as more people frequent the area.

“We’re definitely excited for the block to see an influx and we’re excited for D’s Wings,” he said.

Still, as excited as D’s Wings owner Rentz is about his forthcoming move, it’s bittersweet, he said. He worked at the then year-old restaurant in 1989 as a bartender. According to its website, the restaurant would later close briefly when its original owners opened a new location. The owners and Rentz reopened the Parkland Plaza spot in 1995, and he became sole owner two years later.

“This is all I’ve ever done, this is my whole adult life,” he lamented. “So these walls have a lot of history for me and my family and for a lot of my employees.”

The restaurant is known mainly for its wings, obviously, but also for its unique interior. The memorabilia-spotted walls are lined with dollar bills. He plans, in some fashion or other, to bring those bills to the new location.

The move may coincide with some menu shifts, but the restaurant will largely stay focused on their calling card, wings, Rentz reassured. Design wise, that location is going to mimic the former as much as possible, he said.

“We’re going to do our best to make it feel like when you walk in, you walked into Parkland Plaza,” Rentz concluded.