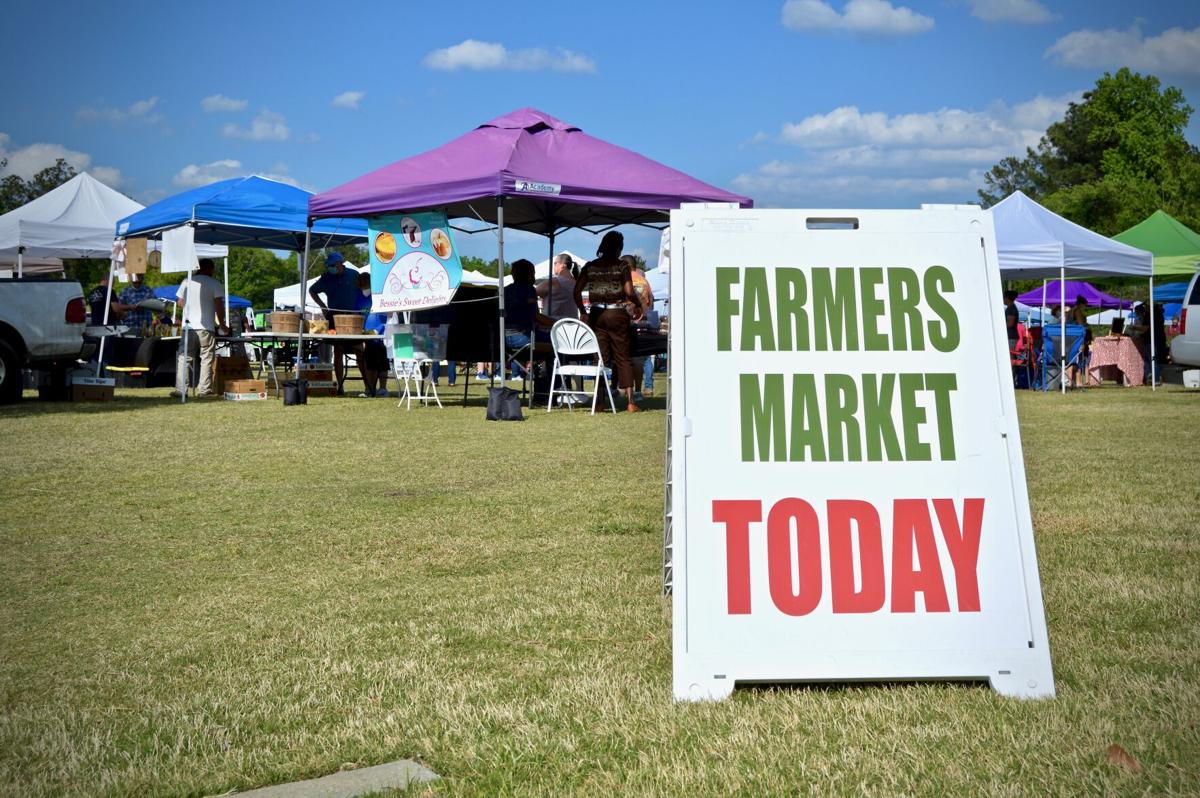 The Blythewood Farmers Market has grown rapidly in the last year. 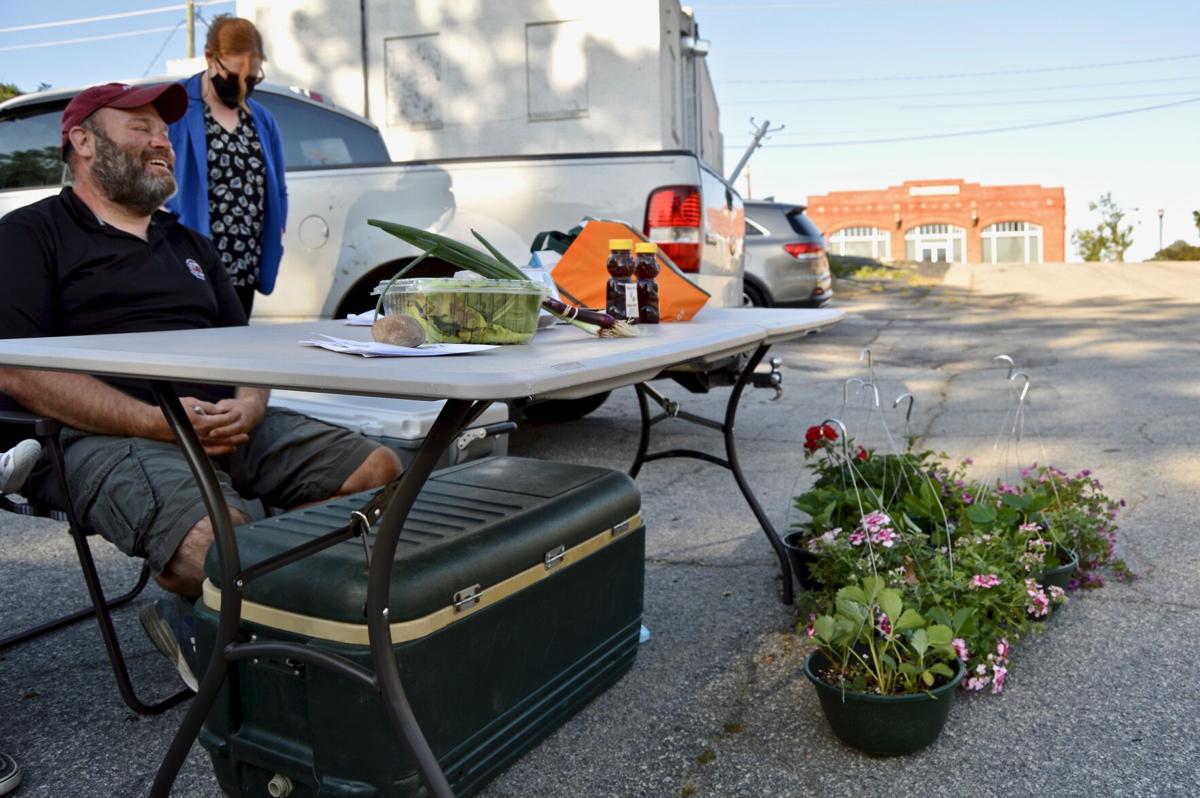 Josh Fabel waits at his table for customers to arrive at the newly formed Eau Claire Farmers Market off of North Main Street in Columbia. 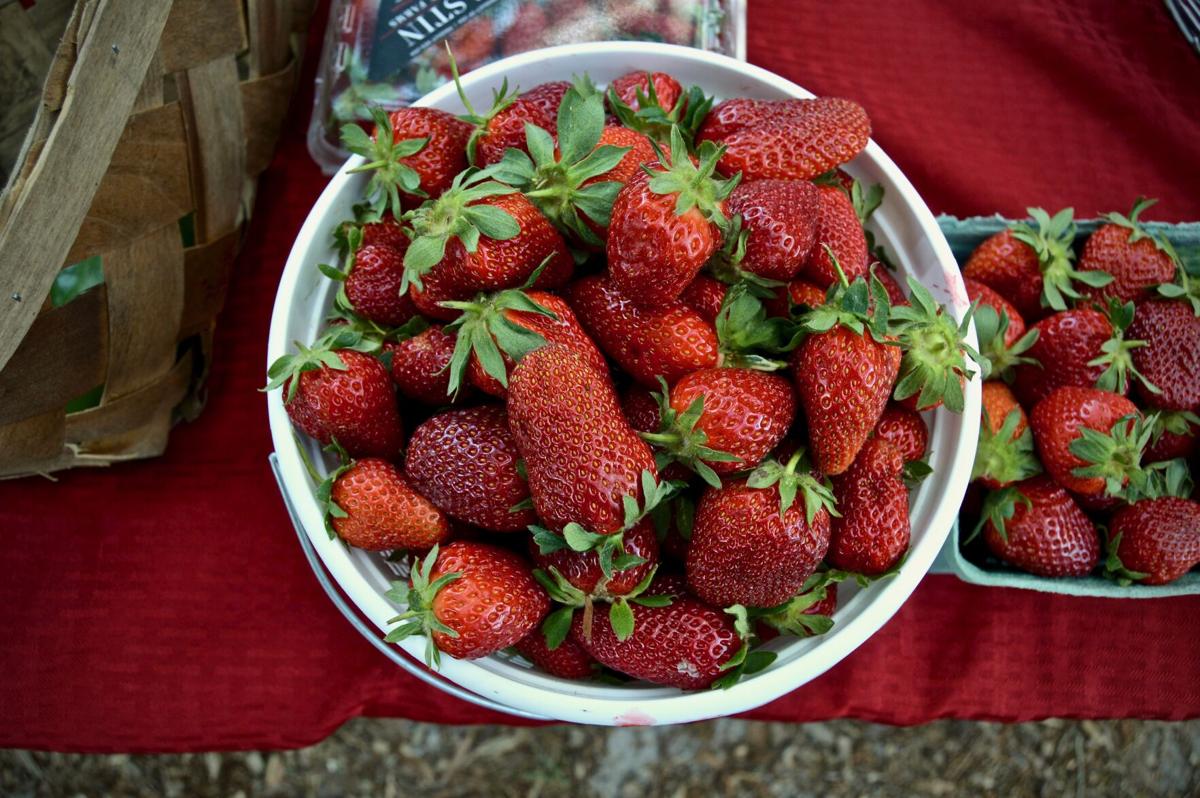 A bucket of strawberries for sale at the Pinehurst Farmers Market 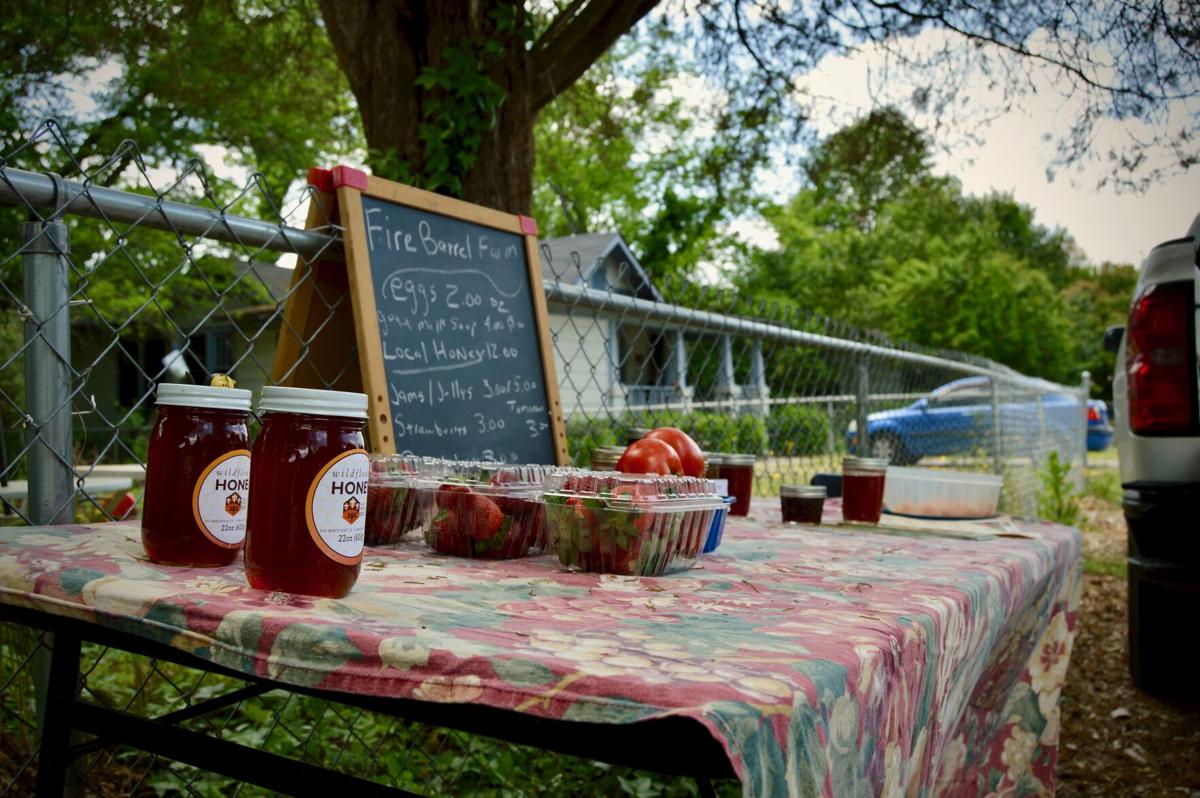 A stand from Fire Barrel Farm at the Pinehurst Farmers Market 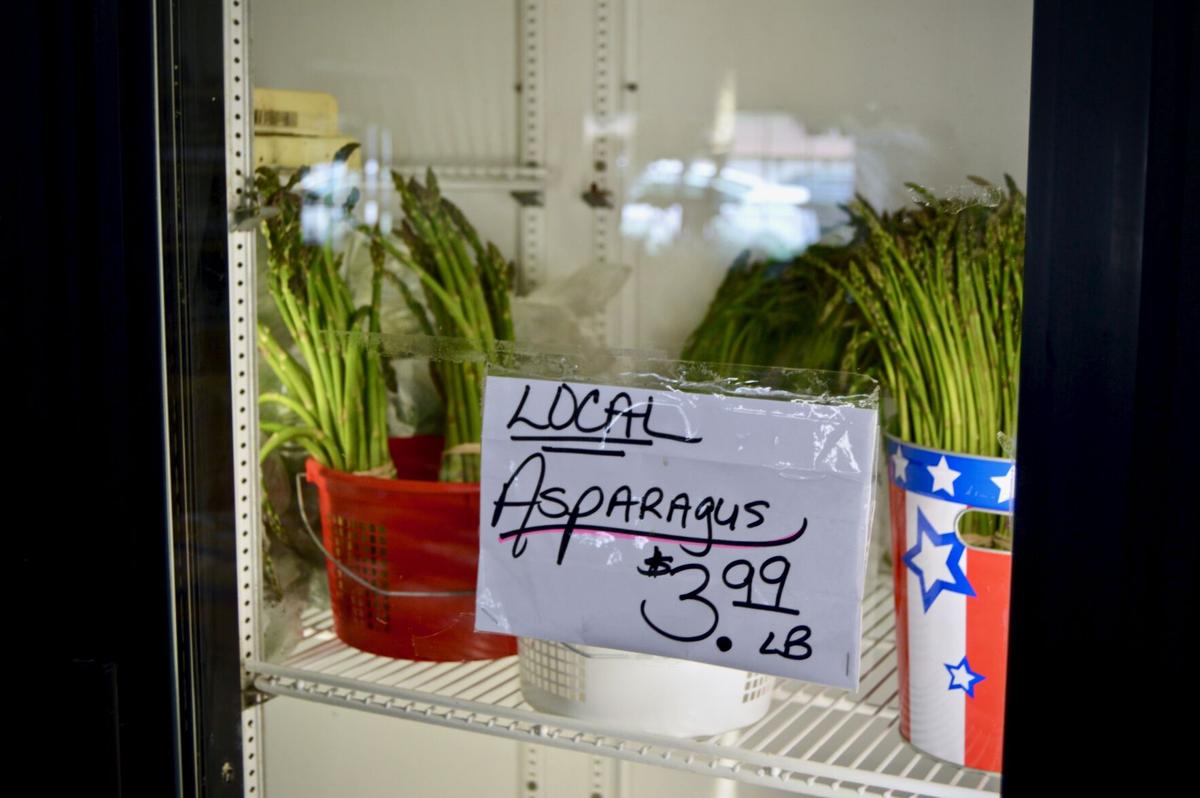 Local asparagus on sale at the Cayce Farmers Market. 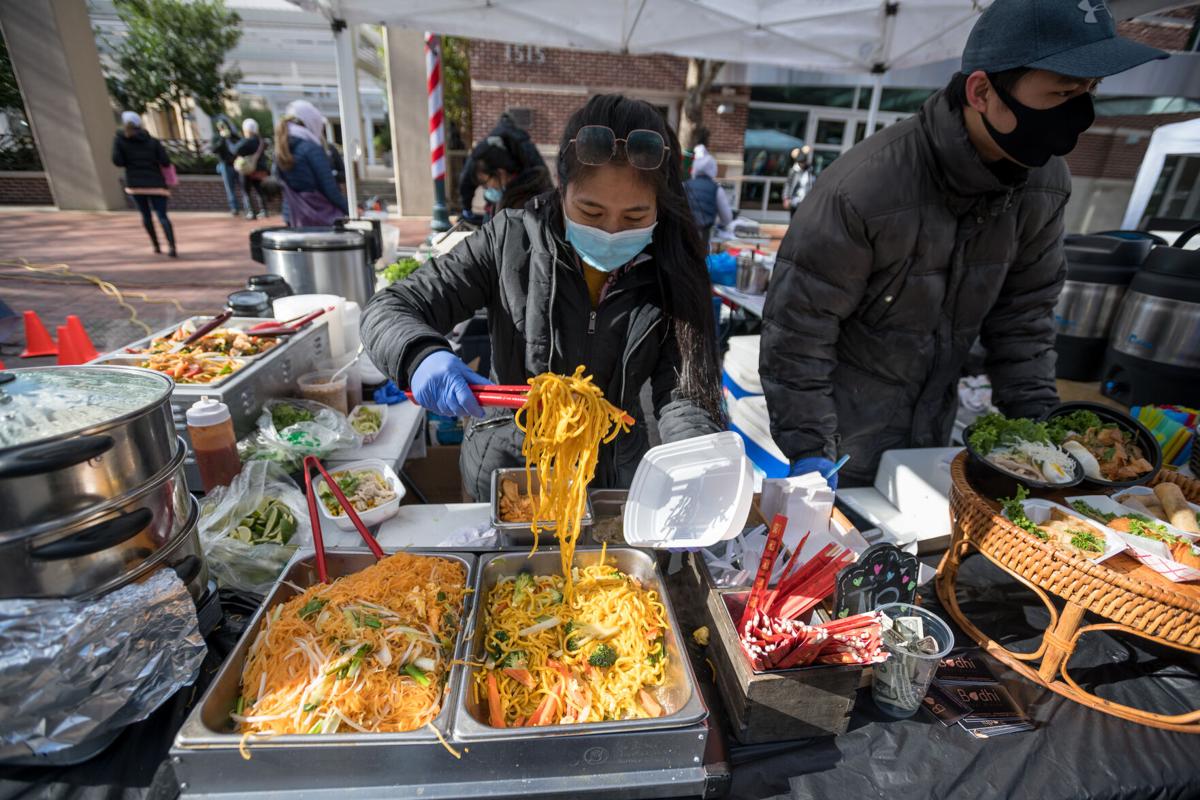 John A. Carlos II / Special to The Free Times 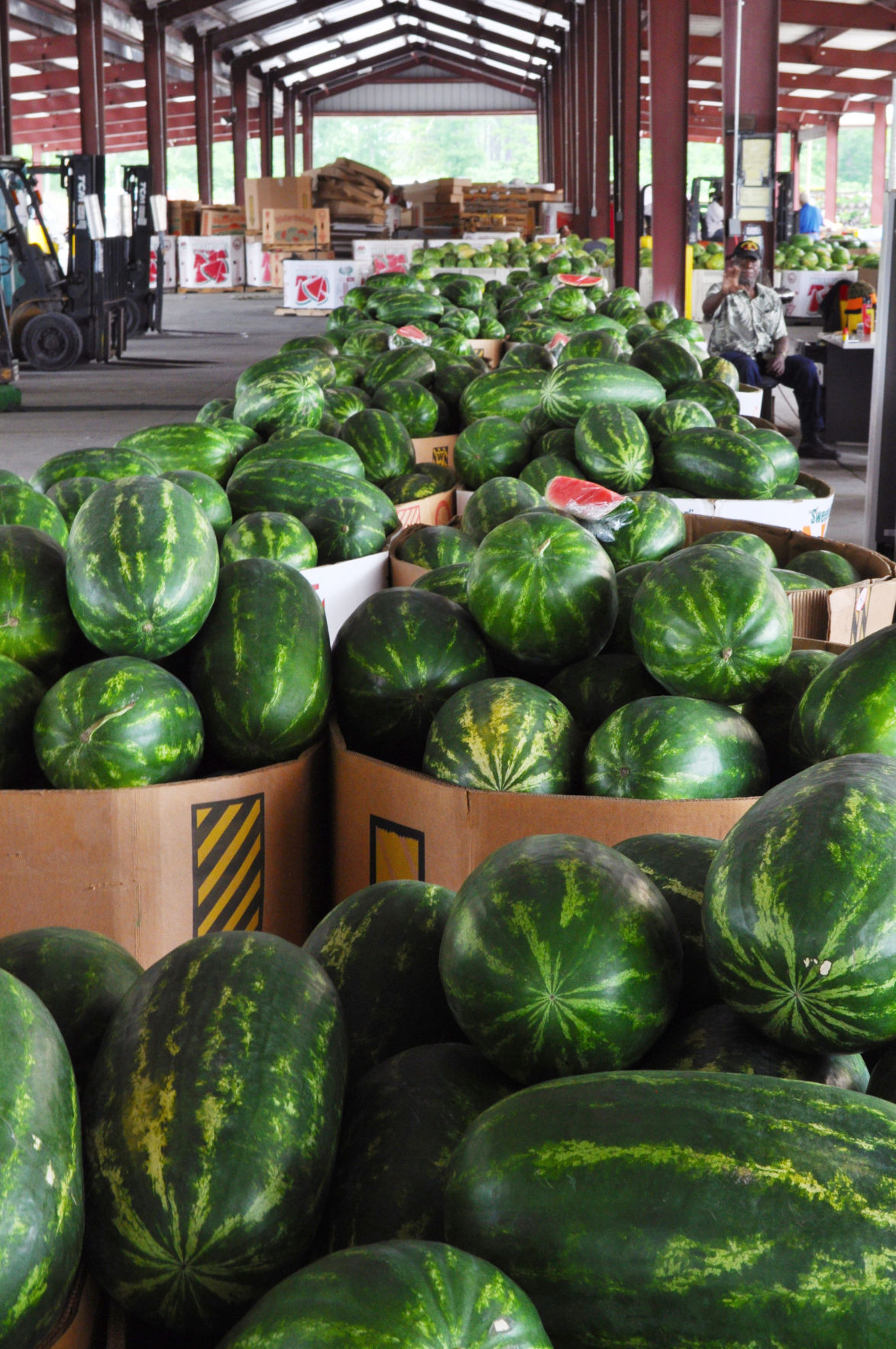 As the weather in Columbia grows warmer and warmer, many of the area’s seasonal farmers markets are back open regularly again.

Yes, large ones like Soda City Market and the State Farmers Market remain in operation year round, but a short drive away the very farmer-centric Blythewood Farmers Market opened just last month, and the Forest Acres farmers market did so about the same time.

Others have yet to get going, such as the Market at Icehouse in downtown Lexington, which will run from May 22 to Sept. 25 in 2021.

With the weather warming and markets ramping up, there’s no better time to get locally sourced produce, particularly as the ripe seasons for various vegetables come and go in the blink of an eye.

Plus, as I can attest from visiting every market included here, you’re certain to not just nab some quality goods, but meet some of the kindest people around. Free Times has assembled this local farmers market guide with a breakdown of what each market — small, large and in between — brings to the table.

This is the big one, the signature market in the region.

The produce options are slim for its size, so if you’re on the hunt for such locally sourced goodness, don’t expect a plethora of options. Still, the ones that are there seem to offer up as good a quality of produce and meats as any on market on this list.

Produce aside, Soda City Market is big for a reason. Across the numerous Main Street blocks it spans, there’s oodles of things to check out, including many food trucks. Some of the area’s most well-regarded mobile eateries post up there, and plenty are worth checking out at least once. They span numerous cuisines and price points, so there’s something for anyone.

Soda City has another big advantage: It’s on the weekend, meaning many don’t have to step out of work or find time in their evenings to browse the market.

If your rise early enough, it’s a great way to start your day, with a walk in the warming day, munching on a snack from any of the food trucks. I’ll often grab a breakfast burrito from Los Chicanos, a coffee and just roam about, milling around the stands. It’s relaxing, particularly if the market has yet to reach its crowded late morning stages.

Like any good large-sized market, the vendors also span art, clothes and other hand-crafted and artisan style items.

Go if: You’re looking for a food truck-centric market, plus other shopping.

Adjacent to the Soda City Market in stature, the State Farmers Market is a go-to spot for those seeking produce. It spans multiple large sheds with private produce vendors and others dishing out their goods. There is an on-site restaurant and other Department of Agriculture buildings there, too.

The selection or available stands can be spotty, as some online reviewers have noted. Yet when it's busy, it bustles with a range of goods. You may have to roam a bit to find the right produce for your needs, but there should be a good selection once you find it.

One way to avoid any availability issues is to check out the market’s social media pages. On Facebook, it frequently posts when a certain item, such as locally sourced shrimp, will be available. Plus, it advertises its special events there, too, like a recent plant sale that drew more than 50,000 people to the market.

Go if: You’re looking for larger quantities of local produce.

Unlike any other markets on this list, the Cayce Farmers Market is in an actual building. During my trip, there was a bevy of local produce and some meat choices. However, the standout for many of the guests there seemed to be the plants on sale outside. A hefty selection of flowers, house plants and vegetable plants were all being sold.

It’s no secret that many of these markets don’t have the cheapest produce options around — the price you pay to truly support locals — but it was nice to see Cayce’s store had a $1 section for older goods and a bruised tomato selection that was cheaper than the store's other tomatoes.

Go if: You’re looking for grocery store experience, but prefer local sourcing, or if you need some plants.

Farmers in the Forest

Located in the Richland Mall parking lot under a covered tent, the Forest Acres farmers market has been going for a long time.

While the number of vendors ebbs and flows, farmers told me, there were still five on a relatively early market in April. The selection ranged from produce, baked goods, cold brew coffee, hand-sewn blankets and more. The tent had room for plenty more vendors to set up shop.

During my visit, I bought an eclectic variety of things: cold brew, jams and a whole chicken for roasting.

Go if: You’re looking for a conveniently located market with a wide range of goods and afternoon hours.

In Columbia’s Pinehurst neighborhood, resident April Jones started her front yard farmers market roughly two years ago. One of the smaller offerings on this list, it was started to fight her area’s food desert status.

While it began with well known local suppliers like Organically Roland, the market has evolved over time. Now it’s taken on an “incubator” model, Jones said, and has only women farmer vendors. The founder hopes to help newer growers, or those emerging into markets, get going.

It’s as food-focused as any market on this list. The vendors on the handful of occasions I’ve been offered meats, greens and other edible goods. Plus, the conversation and vibe is always casual, befitting the small setting.

Go if: You’re looking for a small, intimate market with purpose.

The smallest inclusion on the list, it hosted its first-ever market less than a month ago.

Located just off of North Main Street, the number of vendors when I attended was only two. Josh Fabel is the main organizer, and the consistent vendor. Over time he hopes it can grow. In talking with farmers at other markets, I found that awareness is already spreading.

With so few farmers in attendance, the selection isn’t wide, but that’s bound to change if the market can stay the course.

Go if: You’re looking for local produce near Columbia’s center, and want to support a market in its infancy.

Yes, it’s a slight trek out there if you're not a local, but no other market on this list offers such produce selection, and it comes sprinkled with onsite food stands.

Far smaller than Soda City or the State Farmers Market, yet bigger than the other community markets on this list, the Blythewood market is a perfect in-between option. It’s large enough to spend a fair bit of time at it, exploring the different tables, but it isn’t the commitment that the other larger markets can feel like.

When I explored it, it was as charming as a true community market should be. Like others on this list, I was able to snag a dozen locally laid eggs and some bags of lettuce. After those purchases, I bought a chili-and-slaw dog and a handful of cookies. I was in and out in less than an hour, with a meal in my belly and food for later.

Go if: You’re OK with a short drive out of the city and want a mid-sized market with a little bit of everything.